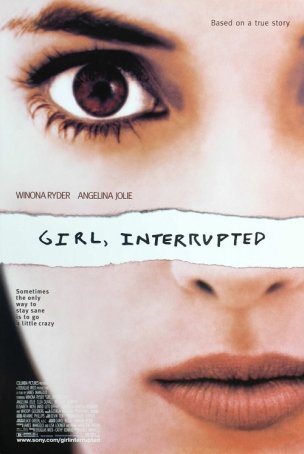 Every actor or actress has his or her pet project - something they put their whole heart and soul into getting on the screen. For some, especially those who flirt only briefly (or not at all) with the spotlight of public adulation, this can be an act of futility. Even for those with a reputation and some clout in Hollywood, the road isn't always easy. Such was the case with Winona Ryder and Girl, Interrupted. It took several years of lobbying and hard work for Ryder to secure the financial backing for the project to be greenlighted. The final result, directed and co-written by James Mangold, bears Ryder's name as an executive producer. It also comes with the seal of approval from Susanna Kaysen, who wrote the autobiographical book upon which the screenplay is based – she has been given an "associate producer" credit.

When it comes to sexual promiscuity in American society, is there a double-standard? Of course, and it was even more evident during the mid-to-late-1960s, the era in which Girl, Interrupted is set. As Susanna (played by Winona Ryder), the lead character, puts it, "How many girls would a 17-year-old boy have to [sleep with] to earn the label 'compulsively promiscuous'? And how many boys for 17-year-old girls?" The answer is telling. A teenage boy with multiple partners would be considered "virile" or would be viewed good-naturedly as "sowing his wild oats." At best, a girl who approached sex with a similar vigor would be called a "slut." At worst, as was Susanna's case, she would be classified as having a "borderline personality disorder." 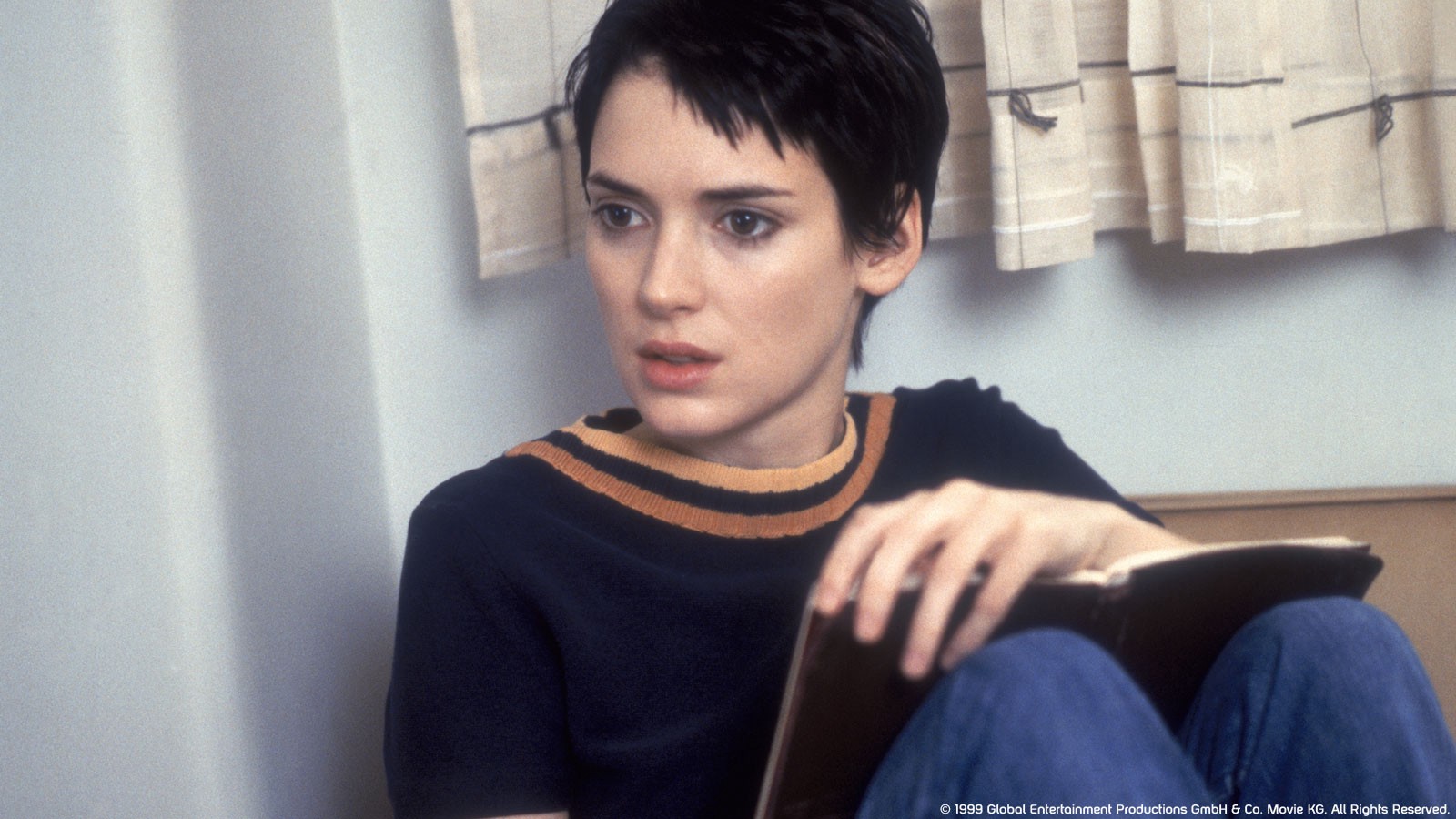 Of course, enjoying sex isn't Susanna's only problem – she also occasionally hallucinates, and, after attempting suicide, she is encouraged to check into Claymoore, a suburban Boston mental hospital that's more like a country club than an asylum. Only after signing the admission papers does she learn that she can't just walk out – the hospital has to release her. So Susanna is stuck for the long haul (which turns out to be nearly two years). With the exception of a few flashbacks designed to establish aspects of Susanna's character before her 1967 commitment, the film is mostly set within the walls of Claymoore, and focuses on the relationships Susanna establishes with her fellow inmates and Valerie (Whoopi Goldberg), a nurse who has her best interests at heart. Other patients who register as more than walking clichés are Daisy (Brittany Murphy), a highly strung girl with an eating disorder; Georgina (Clea DuVall), a timid pathological liar; Polly (Elizabeth Moss), a disfigured girl with low self-esteem; and Lisa (Angelina Jolie), a charismatic sociopath. 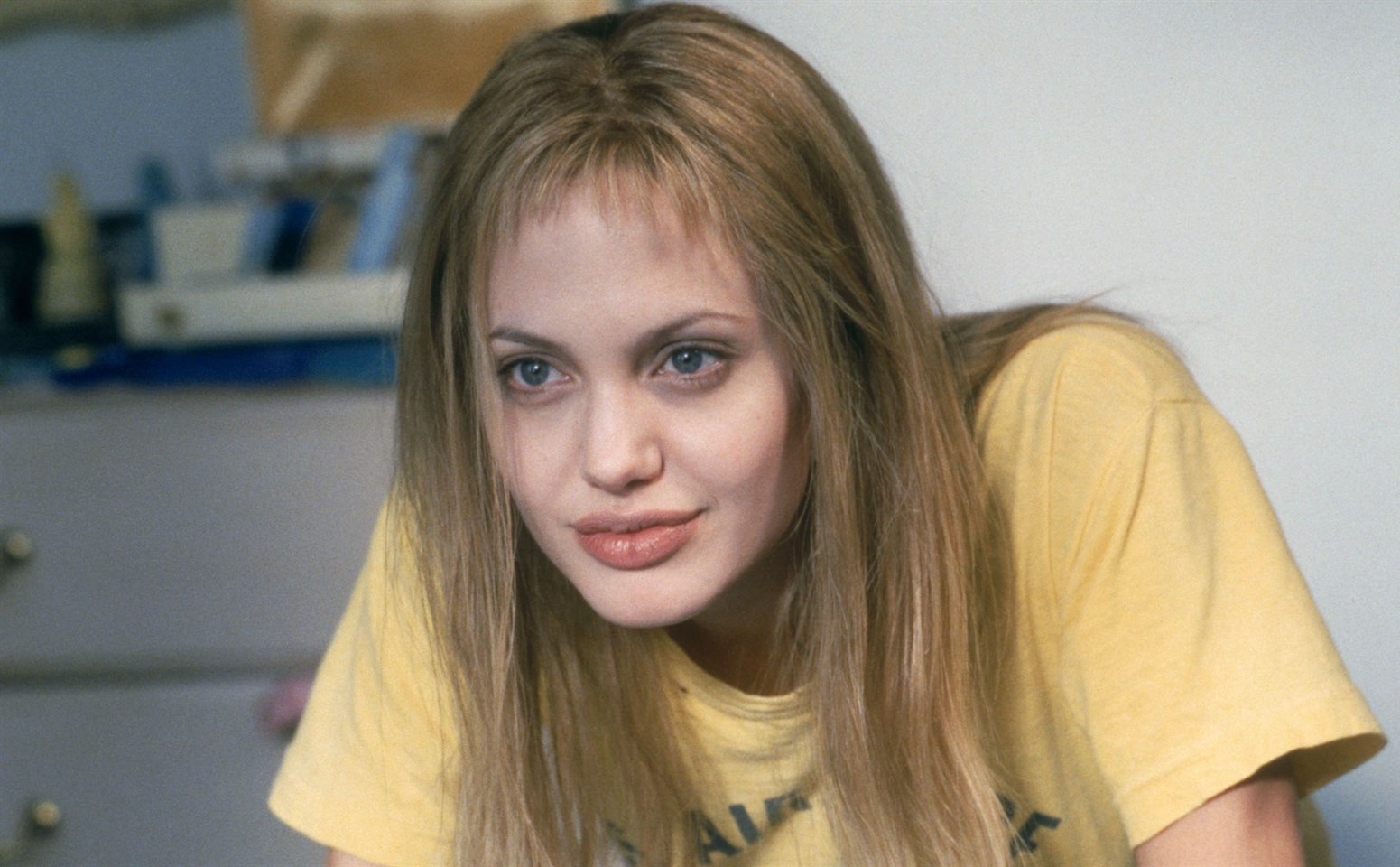 For Susanna, her time in Claymoore represents a period of self-discovery. At first, she is angry and antisocial, and gravitates naturally towards Lisa, the ward's most consistent troublemaker. Eventually, however, she learns that Lisa's cruel streak has a vicious edge that she doesn't want to be associated with. So she concentrates on writing in her journal and making a conscious effort to rehabilitate. In many ways, Girl, Interrupted is a series of episodes loosely connected by a common setting and the same group of characters. One thing Mangold's film does is to take a far more humane view of mental patients than most movies. Of course, the fact that everyone in Claymoore has deep financial pockets makes it easier – there’s far more freedom and personal attention than one would find at a state institution (a truism that Valerie mentions at one point). For the most part, the film manages to avoid seeming like a rip-off of One Flew Over the Cuckoo's Nest with women. Another asset the director is able to mine is the talent of his cast. Winona Ryder brings Susanna to life in a low-key manner. This quiet, subtly powerful approach proves to be the right one, since it allows Susanna to seem strangely normal compared to her fellow inmates. The film also has the courage to run with a protagonist who isn't entirely likeable. In addition to suffering delusions, Susanna is presented as spoiled, selfish, and occasionally unkind. Compared to Lisa, however, she's an angel. In Girl, Interrupted's most visible role, Angelia Jolie shines like a supernova, radiating flamboyance. It's an electric performance that energizes every scene in which she appears, recalling but not imitating Jack Nicolson's turn as Randle P. McMurphy in Cuckoo's Nest. This is top-notch acting that avoids the cliché pitfalls, and, although Ryder is equally as good, Jolie's work is the kind that gets recognized at awards time (and for which she earned a Supporting Actress Oscar). Brittany Murphy, Clea DuVall, and Elizabeth Moss are effective in supporting roles, and Vanessa Redgrave has a small part as Susanna's doctor.

The most significant flaw in Girl, Interrupted is the basement scene climax, which is a little too pat and causes the film to wrap on a note that feels more manufactured than genuine. Other than that, however, this is a fine film about relationships and self-discovery. And, while the movie may not entirely capture the tone and spirit of the book, it stands solidly on its own, separate yet never entirely divorced from its source material.