Rags to riches stories are a Hollywood staple. They’ve been around for as long as movies have been around because viewers love a yarn about how a ne’er-do-well, propelled by a combination of luck and hard work, makes good. It’s a dream we all share and Gold uses it as a jumping-off point. However, this isn’t just a chronicle of the improbable rise of mining company CEO Kenny Wells (Matthew McConaughey) - it autopsies his life’s sine wave trajectory as it careens from rags to riches to rags to riches to rags (to riches?).

Oh, and this “yarn” isn’t a tall tale. It’s based on true events. In 1993, Canadian mining company Bre-X bought a site in Busang, Indonesia. 2 1/2 years after the purchase, the company announced the discovery of a major gold deposit (which was subsequently “verified” by “experts”). Bre-X’s stock soared and, in about six months, it had escalated to multiple of orders of magnitude greater than its original value. However, in 1997, the gold samples were identified as fraudulent and the company collapsed. Although Gold fictionalizes many aspects of the overall story, the core facts remain similar and illustrate how greed, hype, and speculation drive the stock market. 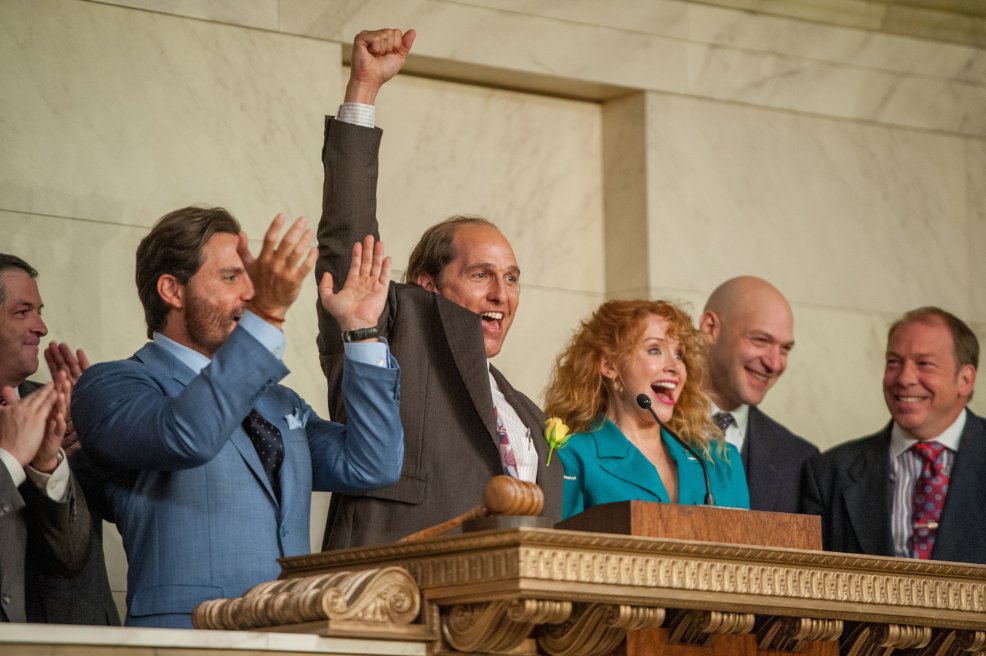 Indeed, the important element of Gold isn’t that it’s “inspired by true events” but how sadly commonplace this sort of tale has become. The narrative combines avarice, naiveté, corporate throat-slitting, and betrayal in ways that claim thematic kinship with The Treasure of the Sierra Madre and (more recently) The Wolf of Wall Street and The Big Short. Nothing in Gold is hard to swallow. The tech bubble, sub-prime crisis, and housing market collapse have shone a light on the shadowy ways in which Wall Street works.

The concept of unrestrained spending is presented in a way that clarifies how a big lottery winner can blow all his winnings in a short time. Kenny’s success comes as a result of a long-shot gamble and, when it appears to pay off, he finds ways to dispose of his earnings faster than they come in. He treats the gold mine like a bottomless pit and his own thumb like a digit of King Midas. As his fortunes whiplash from flush to barren, it becomes difficult to commiserate with a character who rejects moderation and becomes complicit in his eventual downfall. Kenny may not be aware that there’s no gold in the gold mine but he never bothers to ask the critical questions until it’s too late. 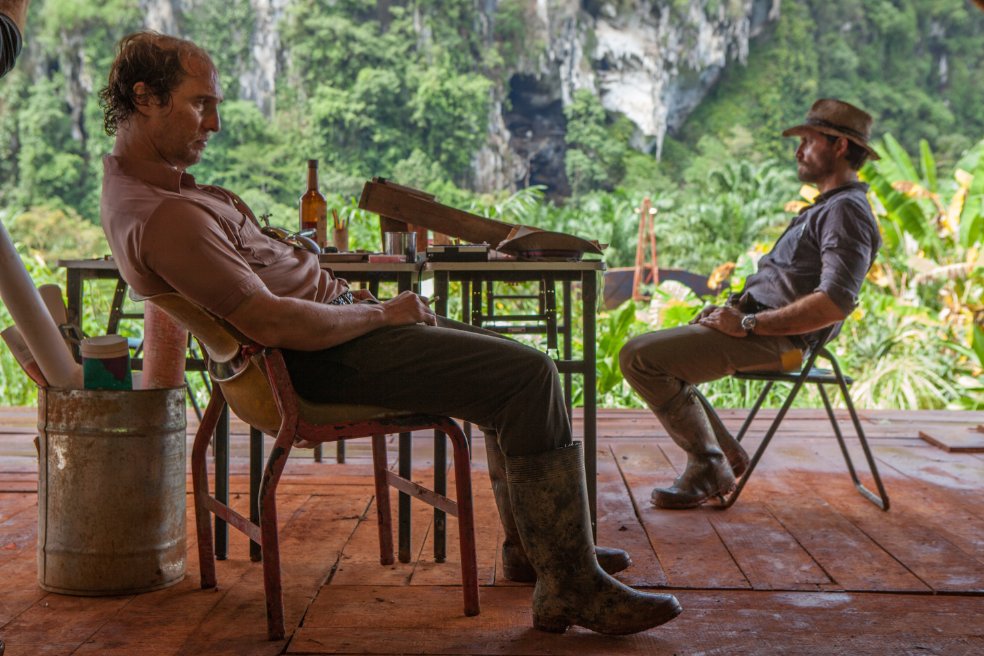 Matthew McConaughey turns in another high energy performance. Even when he isn’t nominated for an Oscar, it’s a guarantee that his portrayal will at least be interesting. Like Christian Bale, he has a talent for burying himself in the character, creating a unique individual for each role he accepts. Kenny is a mercurial “regular” guy who shows flashes of brilliance and cunning despite his overall obliviousness. He lives in his father’s shadow and never forgets whose shoes he’s trying to fill. Kudos to the makeup department for accentuating a resemblance between McConaughey and Craig T. Nelson to remind the viewer of the father-son relationship long after Nelson has left the screen (he’s only in one scene at the very beginning).

Gold took a long time to reach the screen and, during the course of its genesis, directors like Michael Mann and Spike Lee were attached. Eventually, it fell to Stephan Gaghan (Syriana) to bring Gold across the finish line. Despite its uneven tone, the film is compelling and, perhaps more importantly, relevant even though the actual historical events occurred two decades ago. It acknowledges the veracity of Walter Huston’s observation in The Treasure of the Sierra Madre: “I know what gold does to men's souls.” It’s no different today than it was in 1948 or 1997.