At a guess, I'd say that Goosebumps will satisfy its core audience - fans of R.L. Stine's popular children's books - and bore pretty much everyone else. The film, which captures the feel if not the full charm of the written stories, comes across as an autopilot low-scare monster movie targeted at 7 and 8-year olds. It doesn't work as either genuine horror or comedy; it's a kid's movie that recognizes it isn’t sufficiently sophisticated to appeal to older viewers and doesn't make the attempt. Its few "adult" jokes are more obligatory than organic, designed to throw a bone to parents having trouble staying awake.

There's a "meta" element at work here in that a fictionalized R.L. Stine (Jack Black) is one of the main characters. When the monsters from his books come to life in a Jumanji-esque fashion, it's up to him to write a new story to suck them all back into the world of imagination. It's not an especially inventive tale but it gives the visual effects crew an opportunity to go hog-wild. Goosebumps aficionados will spot many of their favorites: the Abominable Snowman of Pasadena, a werewolf, a giant insect, a mummy, aliens with freeze guns, zombies, and (of course) Slappy the Ventriloquist's (don't say it!) Dummy. Oh, and no garden gnomes were harmed during the making of this movie. 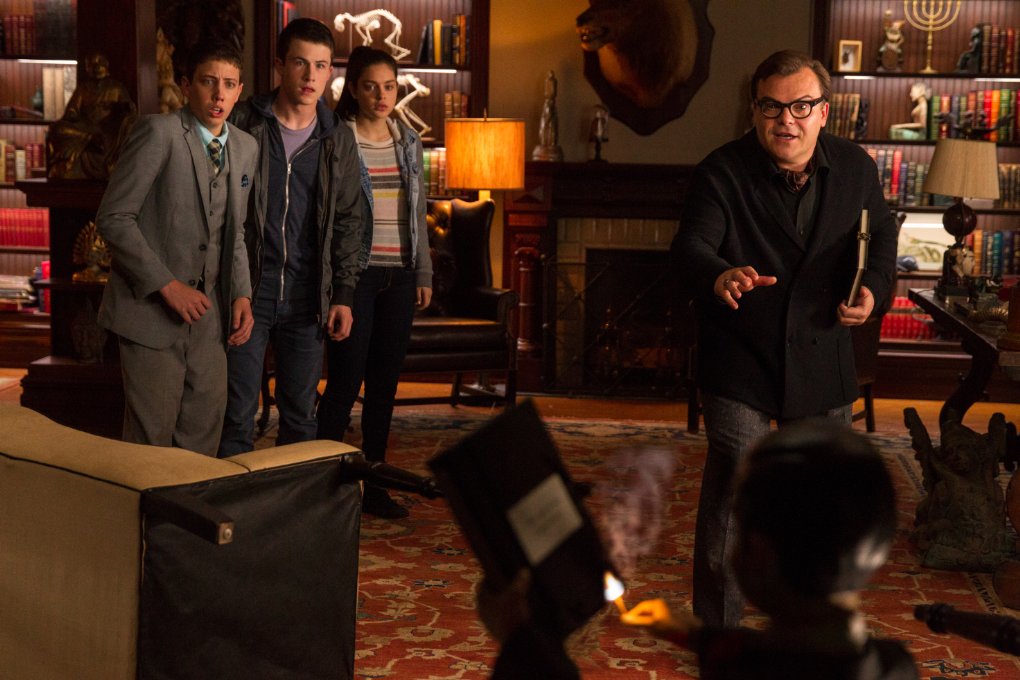 Goosebumps is structured like one of Stine's books. The protagonist is a teenage boy, Zach (Dylan Minnette), who, following his father's death, has recently moved with his mom (Amy Ryan) to a new house in Delaware. He collects two new friends, the annoying weird Champ (Ryan Lee) and the cute, spunky girl next-door, Hannah (Odeya Rush). Unfortunately, Hannah is kept under lock-and-key by her reclusive, overprotective father, who turns out to be author Stine. After the getting-to-know-you first act, the creatures come out to play. Of course, there's a twist, but the movie is less concerned about plot than providing the opportunity for a Monster Mash. 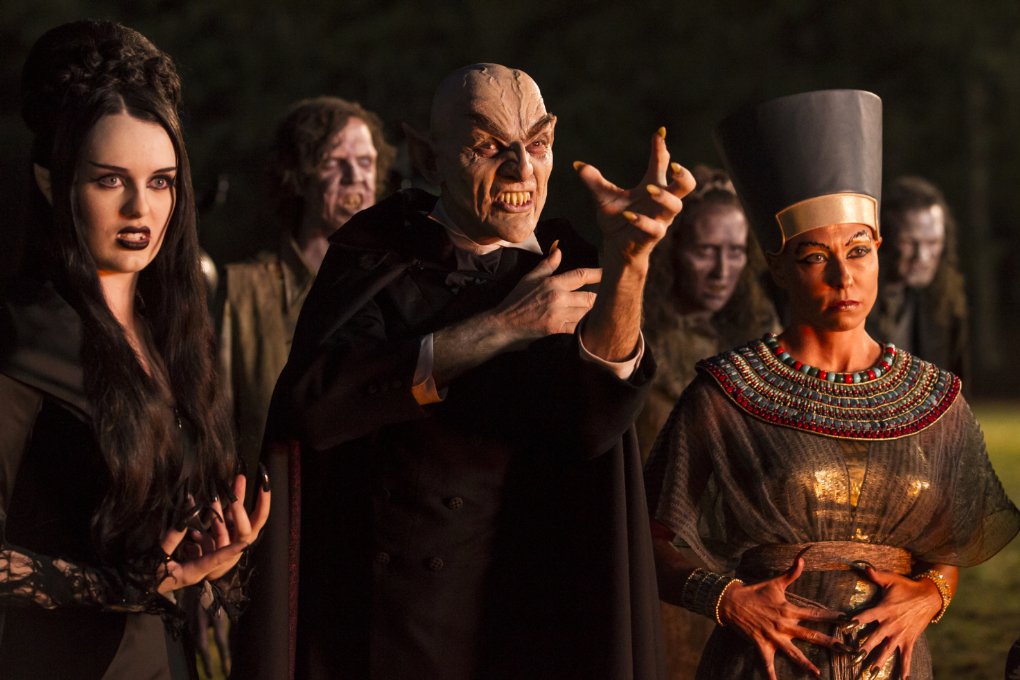 The actors playing Zach and Hannah are appealing. Dyan Minnette is a TV veteran, having appeared in dozens of TV shows with a couple of feature films to boot. Odeya Rush doesn't have as many credits on her filmography but she has been in several movies, including The Giver. Headliner Jack Black gives an amusingly warped interpretation of Stine (while also providing the vocal work for Slappy). I sometimes find Black grating but that's not the case here. In fact, compared to Ryan Lee's nails-on-blackboard irritating Champ, he's agreeable.

Stine's original Goosebumps books were written during the 1990s. At the height of their popularity, they spawned a TV series that ran for four seasons and a movie was planned as early as 1998 (with Tim Burton initially attached to direct). It has taken that project 17 years to reach the screen and one has the sense it may have arrived a generation too late. True, a lot of young boys and girls read Goosebumps today but even kids are used to more sophisticated horror than what director Rob Letterman brings to the project. I'd love to get into the mind of a 7-year old and see this through his/her eyes. I'm sure the experience would be more positive. However, for an older viewer, this is generic and uninspired: technically impressive (the special effects are nice although not cutting edge) but narratively lazy. The high point it arguably a cameo by the real R.L. Stine (playing "Mr. Black" in an in-joke that no one under 12 will get) but his appearance is an isolated moment of cleverness in a production that could use a little more imagination.