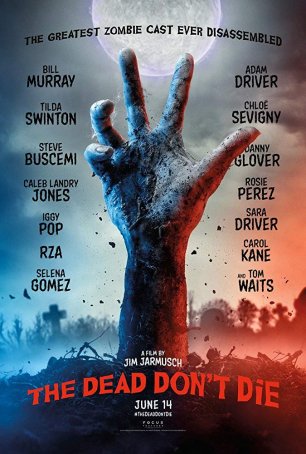 In The Dead Don’t Die, we get a glimpse of The Zombie Apocalypse according to hipster director Jim Jarmusch and, as one might expect, it doesn’t resemble what we have come to expect based on the movies of George A. Romero or the TV series The Walking Dead. Without skimping on gore, Jarmusch has positioned his film on the comedy end of the horror spectrum and, although it’s neither as funny nor as engaging as Shaun of the Dead or Zombieland, it has its own peculiar charm. Yes, there are times when it’s a little too laid back and deadpan for its own good, but the film makes use of the comedic aptitude of Bill Murray while giving Adam Driver, Steve Buscemi, and scene-stealing Tilda Swinton opportunities to tickle the funny bone. This isn’t Jarmusch at his best but it’s more accessible than some of his films and doesn’t demand more from an audience than to sit back and be amused.

Welcome to Centerville, PA (population: 738 and declining), which lies somewhere north of Podunk and south of Hicksville. The town has one diner, one motel, one (very large) cemetery, three policemen, one guy who’s too old for this shit (even if he doesn’t say it this time), and one hermit. Unlike the average zombie movie, the problem here isn’t too little sunlight, it’s too much. The Earth has been knocked off its axis by something called “polar fracking” (which we are assured has created “great jobs” and, despite scientific evidence to the contrary, is a boon for the world). Not only does the sun stubbornly refuse to set but cell reception is flakier than usual and many electronic devices cease to function altogether. That’s when the zombies, led by a pickled Iggy Pop, start crawling out of their graves – some seeking blood, some seeking brains, and others seeking a cup of damn good coffee (sans cherry pie). 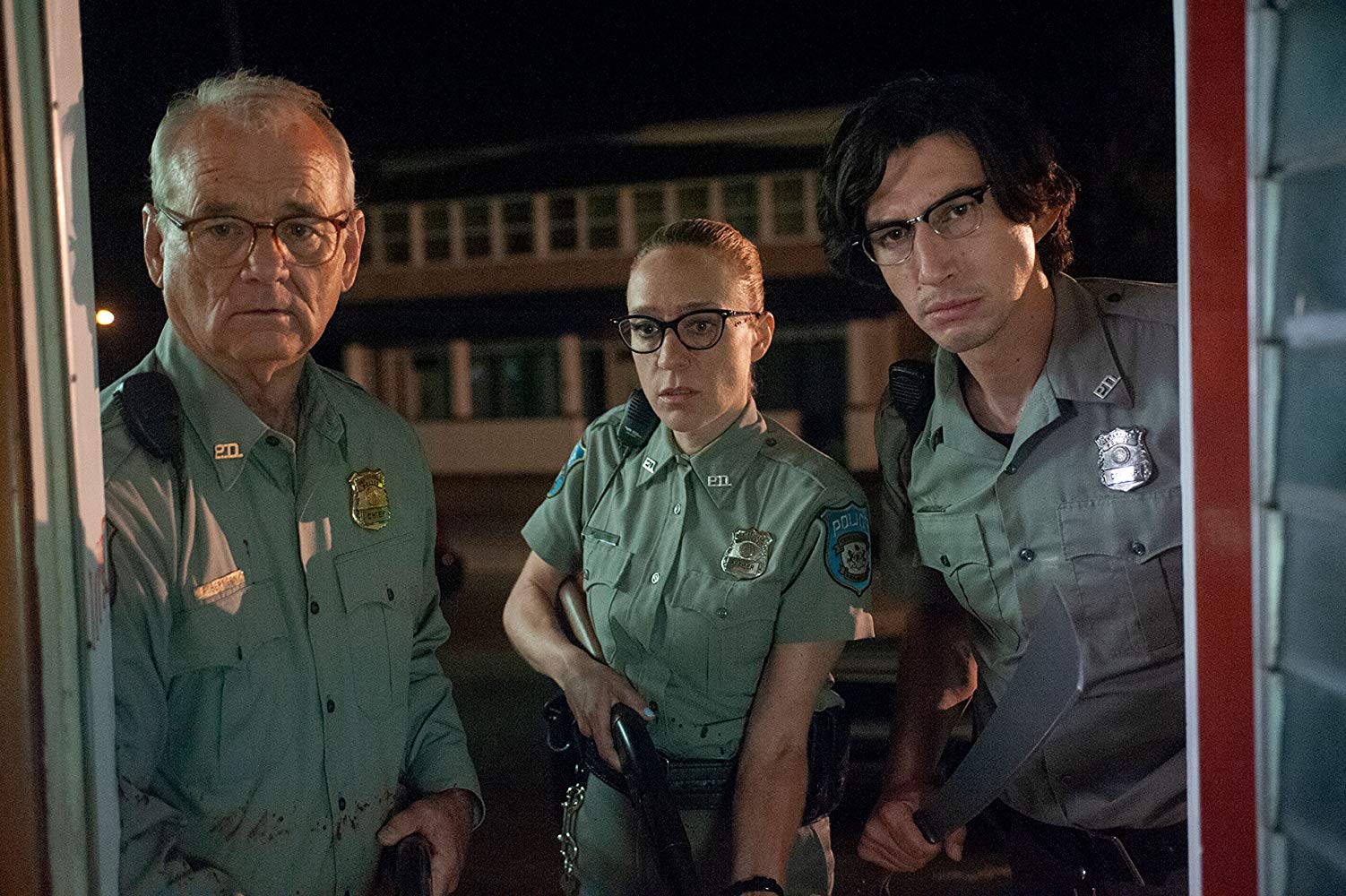 Bill Murray does his usual schtick, which is to say that he plays the role so straight and with so little inflection that he can’t help but be funny. Adam Driver gets a lot of mileage out of repeating the refrain, “This isn’t going to end well” (stick with it – the punch line is worth the repetition) and there’s a wink-and-a-nod at his current big budget franchise project. Tilda Swinton, as is her wont, amps up the weirdness level to an “11” and gets the biggest laughs out of her philosophy of how to deal with zombies.

Perhaps the only thing missing from The Dead Don’t Die is a story. This is a riff on the zombie craze – not quite a parody, lacking in social messaging (outside of the obvious), and a little too self-aware. It’s like a good Saturday Night Live skit that goes on for a little too long. There are times when the movie bogs down, like the interminable scene with Cliff, Ronnie, and Mindy trapped by zombies in their patrol car. There are also some deliciously unexpected and warped moments, most of which involve Tilda Swinton’s character (although one features Carol Kane in a cameo). 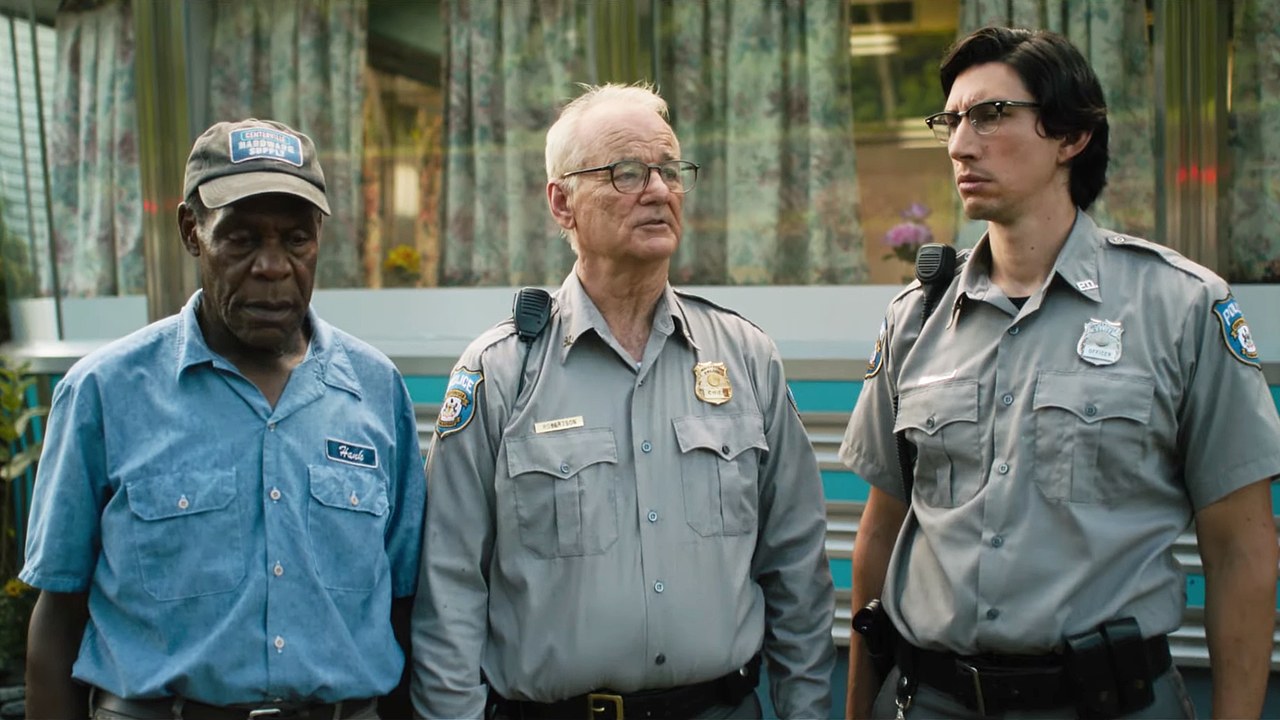 Jarmusch fashioned his reputation with movies like Stranger in Paradise and Mystery Train but he has gradually become more mainstream over the years – recent endeavors include Broken Flowers (with Bill Murray) and Paterson (with Adam Driver). Although there’s something Jarmusch-ian about the tone of The Dead Don’t Die, the subject matter is foreign to the director. There’s more gore in this movie than there has been in the entirety of his prior filmography.

It’s fair to question the film’s target audience. The Dead Don’t Die may be too bloody and creepy for those who normally enjoy Jarmusch’s offbeat work and it may be too offbeat for those who normally enjoy bloody, creepy movies. Nevertheless, although it could fairly be labeled as inconsequential, I was entertained and amused for most of the slightly-too-long 100 minutes and found the various delights (some obvious, some subtle) to be more than adequate recompense for the time I invested. The Dead Don’t Die breathes a little life into a genre that has been beaten to death in recent years.