If this is the future for motion pictures, god help us all. A major collaboration between the Chinese film industry and Hollywood, The Great Wall features a primarily Asian cast with a few big-name American actors sprinkled in. The brainless story is the product of (primarily) U.S. authorship while the director is the internationally celebrated filmmaker Zhang Yimou. With the biggest budget in the history of Chinese motion pictures and special effects by ILM, The Great Wall can be considered a true multinational co-production. 12 year old boys will love the result. That’s not a good sign for anyone who has passed beyond their teenage years. 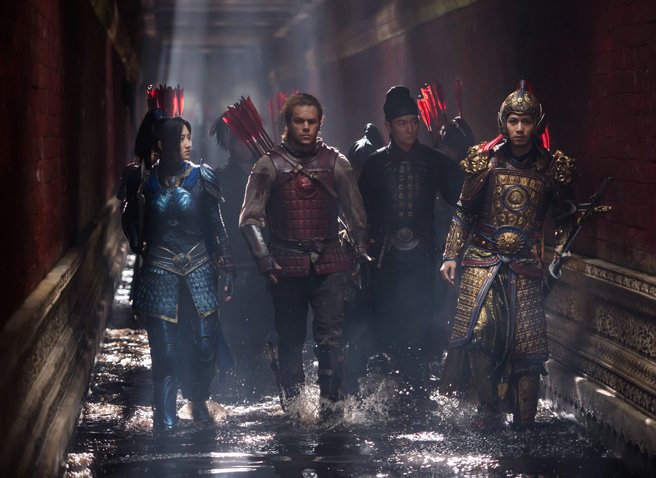 It’s baffling that so much talent could produce something this lackluster. Then again, the involved parties knew from the start that the objective was to make a commercially viable worldwide product. To achieve that, a simple checklist was followed. Dialogue mostly in English but with few multisyllabic words - check. Big American star (Matt Damon) - check. Lots of CGI and explosions - check. A hot warrior woman who kicks butt every bit as effectively as the Big American Star - check. A story that exists simply to justify the special effects and action/battle sequences - check.

Nevertheless, with a director like Zhang Yimou and writers that include Tony Gilroy and Edward Zwick, viewers could be forgiven for expecting something a little more substantive. Zhang, after all, was behind the camera for such universally praised classics as Raise the Red Lantern, To Live, and Shanghai Triad (although his recent work has been more checkered). Gilroy’s credits include the Bourne films and the recent Rogue One.  And, although Zwick is better known as a director, he and partner Marshall Herskovitz have collaborated on the likes of The Last Samurai, Love & Other Drugs, and the long-running TV series thirtysomething. Yet for The Great Wall, this group has turned out something monumentally forgettable. (To be fair, Zhang provides a few accomplished tracking shots, including one with light streaming through a series of stained glass windows.)

The Great Wall takes place in a fantasy-influenced version of the tenth or eleventh century. Two Europeans, William (Damon) and Tovar (Pedro Pascal), stumble on the title monument while seeking to trade for (or steal) the mysterious “black powder” that’s being whispered about in the West. Before coming upon the wall, they kill a lizard-like monster that looks like it escaped from a bad Alien spinoff. William takes its arm as a trophy and this earns him some respect after he and his smack-talking buddy are captured by the wall’s garrison. When the monsters attack the en masse, William and Tovar are co-opted by Commander Lin Mae (Jing Tian) into helping with the defense. The rest of the movie is mostly a series of battles as waves of creatures attack. Subplots include an alliance of criminals between Tovar and another European, Ballard (Willem Dafoe); a low-key, quasi-romance between William and Lin Mae; and an investigation of what effects magnetism have on the monsters. 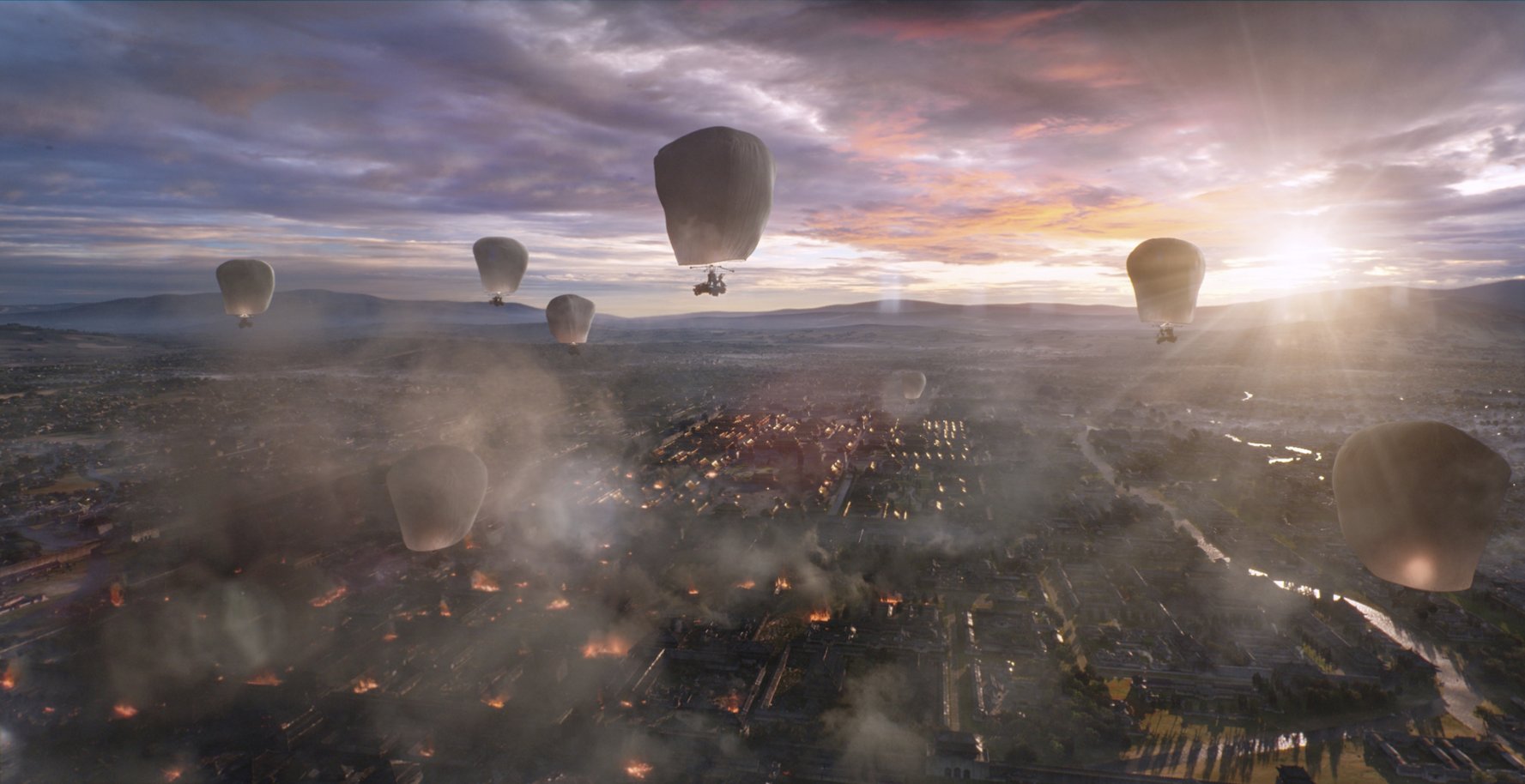 Matt Damon does what’s necessary to earn his paycheck. He struggles more with his accent than with his dialogue, manages to look like a caveman under all the dirt and fake hair, and does some nifty party tricks with his bow and arrow. Jing Tian has sufficient presence and charm to make it obvious why her star is on a sharp ascending trajectory across the international film industry - she brings poise and physicality to her performance. Pedro Pascal provides a dose of comedy; a few of his deadpan lines are genuinely funny.

The real stars of the movie are supposed to be the special effects. 12 year old boys love monster movies and there’s no shortage of ugly, nasty, hissing creatures in this one. Unfortunately, not a lot of imagination went into the development of their look. Derivative is the first word that comes to mind. Battles against their legions absorb about 2/3 of The Great Wall’s running time and the sameness of the combat becomes monotonous after a while - this isn’t Helm’s Deep where we were invested in the characters. These are a bunch of cardboard cut-out mannequins whose sole purpose is to play second fiddle to what the computer designers dreamed up.

So, although the boy in me appreciates on some level what the filmmakers have done with The Great Wall, the adult realizes there are a lot of better ways I could have spent the two hours I devoted to watching this.