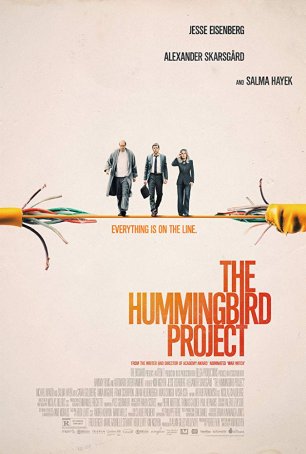 Somewhere, buried within the innards of writer/director Kim Nguyen’s The Hummingbird Project, is the skeleton of a compelling techno-thriller. Unfortunately, Nguyen overreaches in attempting to add an element of meaning to what works best as a race between competing efforts to break an unusual speed barrier. Putting aside some dubious narrative contortions, The Hummingbird Project is effective as an opportunity for its two lead actors, Jesse Eisenberg and Alexander Skarsgard, to flex their acting muscles, and as a reminder of the breakneck pace at which technology evolves. Its message about spiritual enlightenment contrasted with the avarice of Wall Street is considerably less effective, weighing down what could have been a crisply-paced chronology of an improbable endeavor.

In high finance, speed is everything. Those with an edge can make exponentially more money by getting their transactions processed faster. If something seismic happens, they can be at the head of the queue to buy or sell. As one character describes it, it’s like having a time machine. In 2011, the time to beat between Kansas and the NYSE computers (located in New Jersey) is 17 milliseconds. Out-of-the-box thinker Vincent Zaleski (Jesse Eisenberg) believes he knows a way to do better: bury a single fiber run from point A to point B with enough repeaters along the way to keep the signal from degrading. Partnering with him in this venture is his brilliant (but socially awkward) cousin, Anton (Alexander Skarsgard), who’s in charge of writing the software. The third member of their team is Mark Vega (Michael Mando), the man in charge of the construction. They are bankrolled by billionaire businessman Bryan Taylor (Frank Schorpion), who sees $$$ when Vincent talks. But Vincent and his nascent startup aren’t the only ones trying to break the 17 ms speed barrier. Also in the game is Vincent and Anton’s former boss, Eva Torres (Salma Hayek), who not only wants to beat Anton technologically but, having viewed his defection to his cousin’s company as a betrayal, she wants a more personal form of revenge. 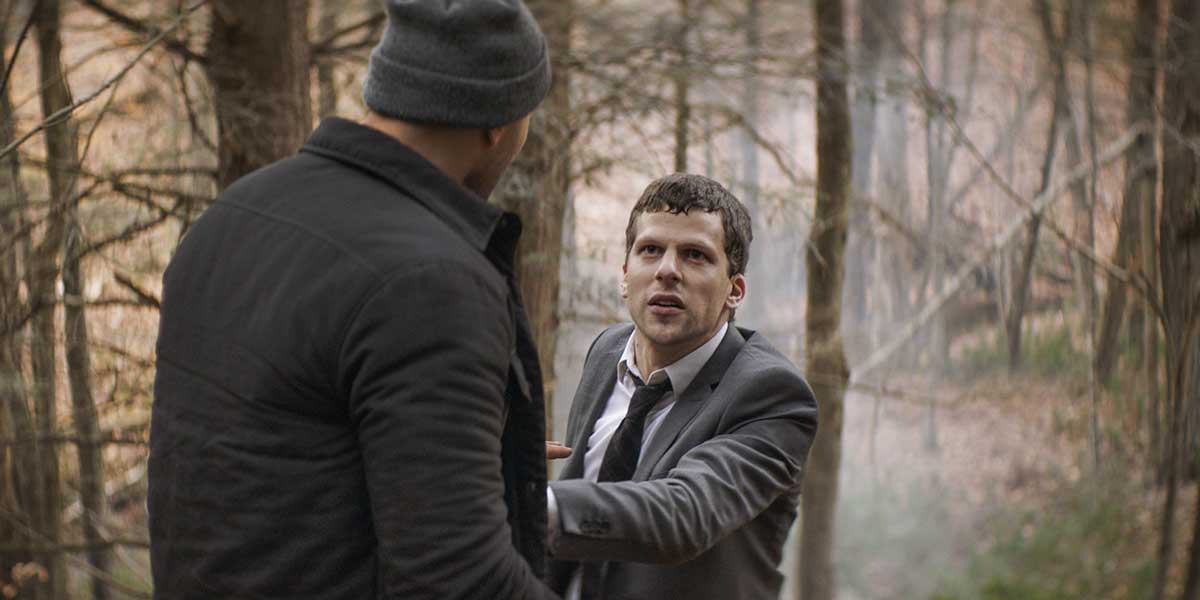 Aspects of Vincent and Anton’s excellent adventure are compelling. There’s a fascination associated with the obstacles they encounter in digging their tunnel and the sometimes unconventional (but always resourceful) manner in which they overcome them. Even though the tunnel is 10 feet deep, it requires permission from every property owner (along with a cash payment) along the way. Most are more than willing (once they see the number of zeroes on the check) but an Amish elder (Johan Heldenbergh) stands firm in his refusal. The terrain is also a source of hiccups since the tunnel has to pass through swamps, waterways, and (most dauting of all) the hard rock of the Appalachians, which can break a conventional drill bit. Cost overruns are a problem and the FBI is investigating whether Anton may have stolen code from Eva.

The Hummingbird Project doesn’t offer a lot of tension. There’s some suspense associated with the race between Vincent/Anton and Eva, but it’s not of the white-knuckle variety. There are also moments of comedy, such as a bizarre “chase” sequence featuring Anton being pursued by a trio of FBI agents. No one is going to mistake this for an outtake from the latest Mission: Impossible film. Early in the proceedings, Vincent learns that he’s suffering from a serious health issue. Rather than taking care of it immediately and improving his survival chances, he elects to put it aside and focus on the project. 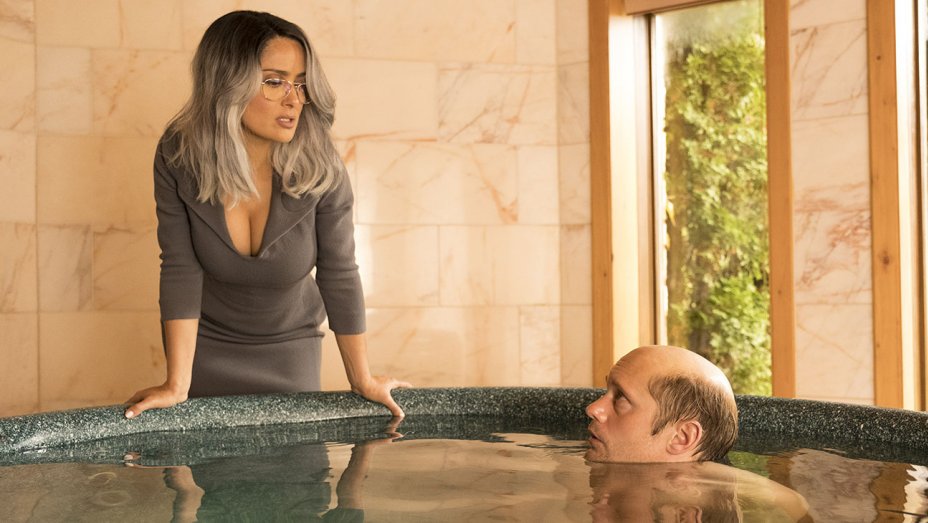 Jesse Eisenberg turns in what has become his trademark performance: highly energetic, fast talking, and a trifle obnoxious. Vincent is part entrepreneur, part used car salesman. As Anton, Aleksander Skarsgard is nearly unrecognizable. The makeup department has given him a bald head; he has added a shuffling gait and bad posture. The resulting physical transformation is (Christian) Bale-like. Skarsgard plays Anton as a high functioning autistic, having a brilliant mind but a limited understanding of emotional calculus or how to function in “normal” situations. Salma Hayek sinks her teeth into the villain’s role and enjoys chewing on what she finds there.

The problem with The Hummingbird Project is that Nguyen wants the movie to say something. He wants there to be a message here, something more meaningful than just a low-key thriller, and this desire keeps getting in the way of the narrative.  The director’s approach lacks focus, creating scenes when the already-slow momentum grinds to a halt (such as the lemon farm hypothetical), and the themes that emerge are trite. Who knew that stomach cancer might be a good metaphor for a project conceived in greed? There’s far too much moralizing going on here for the movie to succeed. The Hummingbird Project is too slow and confused to work as a thriller, a drama, or something in between.