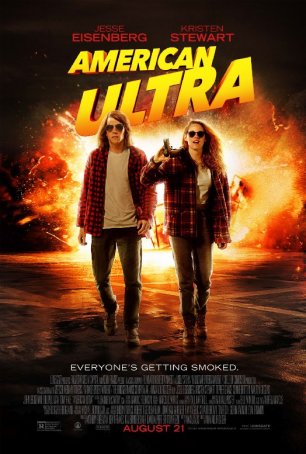 Quentin Tarantino didn't originate the method of blending extreme violence with dark comedy but his early films (especially Reservoir Dogs and Pulp Fiction) popularized it for today's generation. Since the early 1990s, many directors have attempted to ape or adapt Tarantino's approach. A few have succeeded but most have not. American Ultra, from Nima Nourizadeh, the director of Project X, and Max Landis, the writer of Chronicle, falls into the latter category. The movie is replete with bloody encounters, sly asides, and one-liners, but the tone is awkward and uneven. There are also some serious structural problems that we're supposed to brush aside.

The concept of a seemingly ordinary person being an elite covert agent awaiting activation (Manchurian Candidate style) has become a popular movie trope. It's not hard to understand the appeal - it isn't that different from the orphan princess fantasy. What was once a fresh idea, however, has grown stale through repetition and the combination of Nourizadeh/Landis doesn't offer anything substantially new or interesting. The agent in question, Mike Howell (Jesse Eisenberg), is living his life in a dead-end job in a dead-end town. He and his live-in girlfriend, Phoebe (Kristen Stewart), are stoners who seem content to meander through life. Her devotion to him is absolute - when panic attacks prevent him from boarding a plane for a romantic getaway to Hawaii, she is able to forgive him. 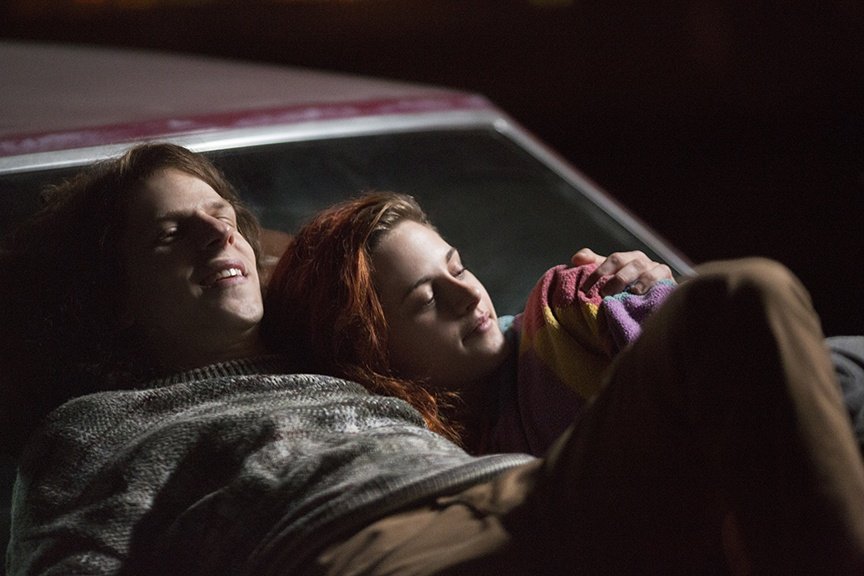 CIA midlevel manager Adrian Yates (Topher Grace) sees Mike as a security risk, even though the agent doesn't know the truth about himself. Yates' subordinate, Victoria Lasseter, disagrees and, to save Mike from a hit squad, she travels to the sleepy town where he lives and activates him. This leads to a predictable series of encounters in which Mike and Phoebe take down increasingly dangerous and difficult opponents while on a collision course with Yates and his inner circle.

Landis' screenplay employs a questionable wrap-around structure. It begins with Mike - bloody, bedraggled, and in chains - in an interrogation room, being questioned by an official. Most of the story is then presented in flashback. There's no particular reason why this approach is used but it deflates suspense and tension by letting us know that Mike survives the ordeal with little more than some cuts and bruises. Even more head-scratching is the filmmakers' decision to "fast-rewind" events at the start of the flashback so we catch glimpses of key moments before they happen. Talk about self-spoilers!

In Pulp Fiction, Tarantino challenged us to laugh at some of the most bloody, disgusting things. (Remember when the gun went off in the car, providing John Travolta and Samuel L. Jackson with a gory shower?) Nothing in American Ultra is quite that outrageous but Nourizadeh and Landis want to play in this park. For the most part, however, they fail to blend the extreme action elements and the comedic ones in a satisfying way. Transitions are jarring and instances of dark humor often seem more inappropriate than clever. 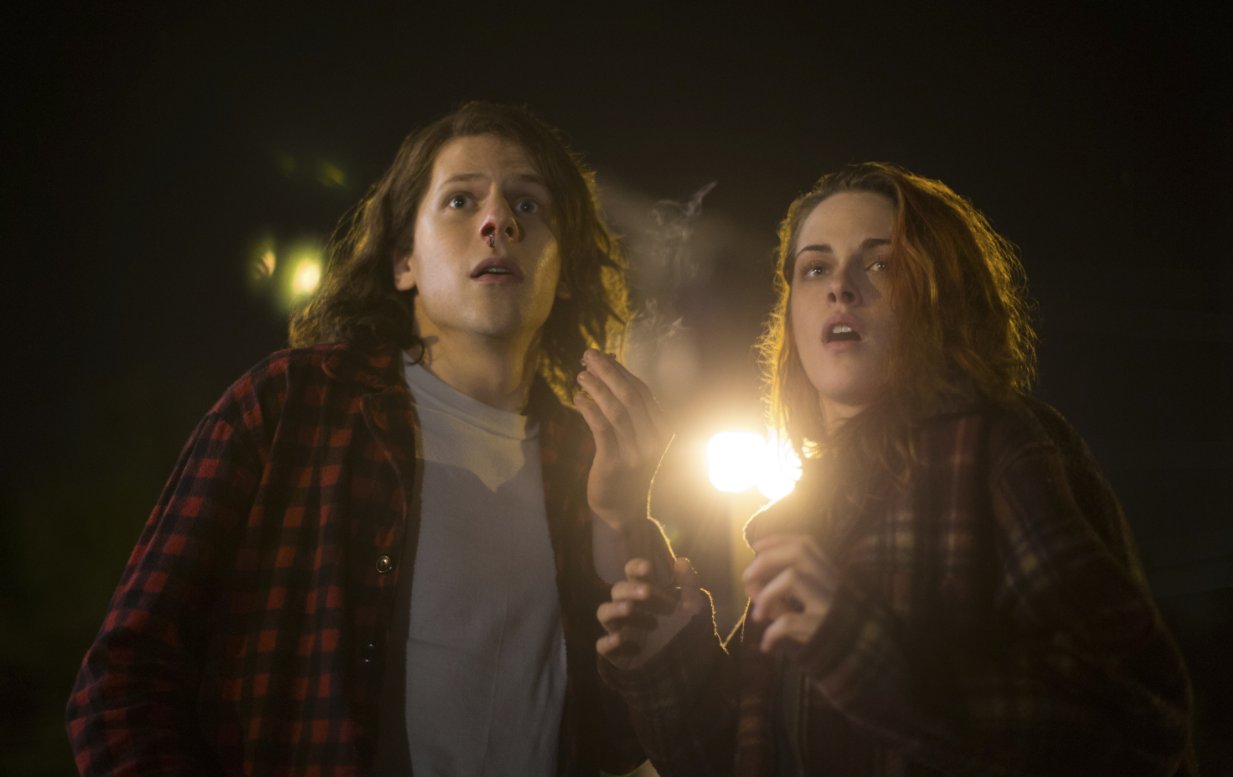 As a side note, American Ultra's vision of the CIA is odd, to say the least. There's no requirement that a movie - especially one as off-the-wall as this one - adhere to a realistic depiction of the agency but the presentation is so preposterous that it can be distracting. The screenplay postulates that Yates, a midlevel manager, is able to carry out rogue assassinations without oversight and no one challenges him when he makes threats. His boss (Bill Pullman) hangs around in the shadows. And it appears as if the CIA employs more psychopaths than it does agents.

If there's a praiseworthy element in American Ultra, it's the interaction between actors Jesse Eisenberg and Kristen Stewart.  Re-igniting the chemistry they showed in Adventureland, the two make for believable lovers. Having thankfully moved on from the Twilight movies, Stewart is again displaying the strength of performance that defined her early career.  Eisenberg is credible as a stoner-cum-action hero. Connie Britton is less effective as Mike's lone champion within the agency.  Topher Grace, John Leguizamo (as Mike's drug dealer pal), and Walton Goggins (as a laughing assassin) do their share of scenery-chewing.

As misfires go, American Ultra can at least claim not to be boring. After a slow beginning, the narrative accelerates to a breakneck speed and most of the action sequences, while featuring unsparing shots of carnage and mayhem, are clearly presented. The likability of the characters gets viewers through some of the less inspired moments but the film as a whole feels overplotted and the unwieldy push-pull between comedy and violence hurts the production more often than it proves to be an asset.