Feature film biographies like Jackie inhabit difficult terrain. They are servants to two masters: the historical record and the needs of artistry. From time-to-time, a great one like Patton or Lincoln comes along but most are run-of-the-mill affairs that stray too close to documentary or venture too far into melodrama with made-up characters and conflicts. I wish I could say that Jackie is one of the few exceptions but it isn’t. The title character never emerges from the iconic shell she inhabits to become a fully fleshed-out individual and the filmmakers are perhaps too reverential to make her seem real. Like Camelot, she’s a mythic figure and Jackie doesn’t do enough to humanize her. 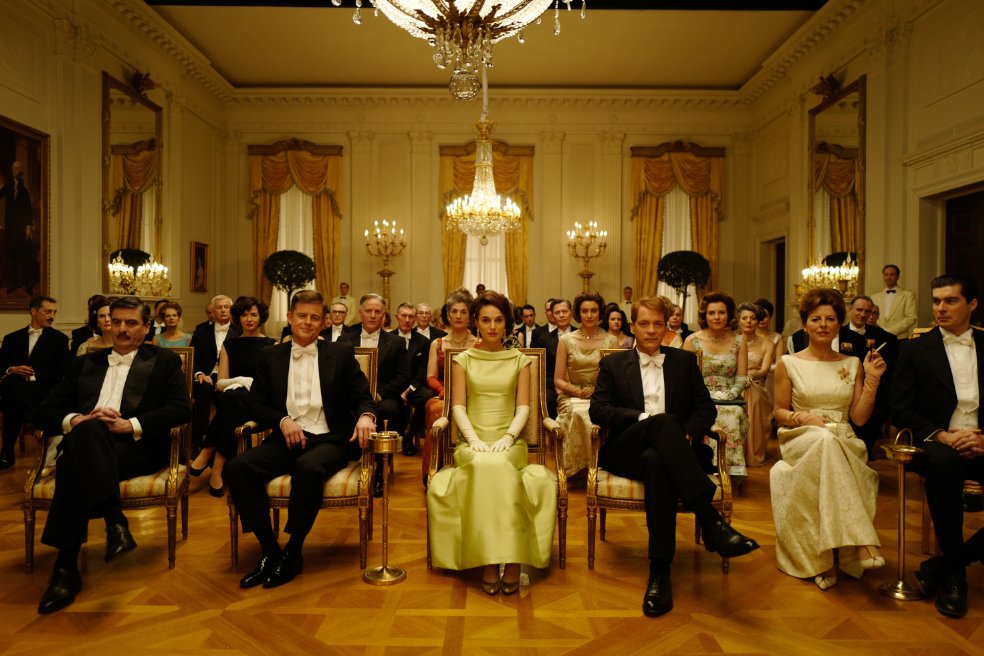 The chronologically tortured narrative uses a framing device to allow the story to jump around in time. Loosely based on an actual interview of the newly-widowed Mrs. Kennedy (Natalie Portman) by Life journalist Theodore White (Billy Crudup), the movie’s “present” occurs approximately one week after November 22, 1963 but never stays in that time period for long. The result is a straightforward re-telling of key events from Jackie’s time as First Lady (with particular attention being paid to the televised White House tour she gave on February 14, 1962) and the hours and days immediately following the assassination. Jackie jumps through time frequently, occasionally with flashbacks-within-flashbacks. Her husband’s assassination, depicted in a graphic and disturbing sequence, is a memory she experiences during a conversation with a priest (played by John Hurt) which in turn is a flashback during her interview with White.

Much of the film is devoted to recreations of iconic photographic images (such as LBJ taking the oath of office aboard Air Force One) with actors who, for the most part, bear little or no resemblance to the historical figures they’re playing. Although intended as a character study, Jackie never emerges as a three-dimensional individual. She’s an icon pulled from the pages of a history book not a fully realized personality. This deficiency dogs the movie; we never develop the empathy necessary to become immersed in the proceedings. We are constantly aware that we’re watching a movie (the framing device contributes to this) rather than being pulled into the story. 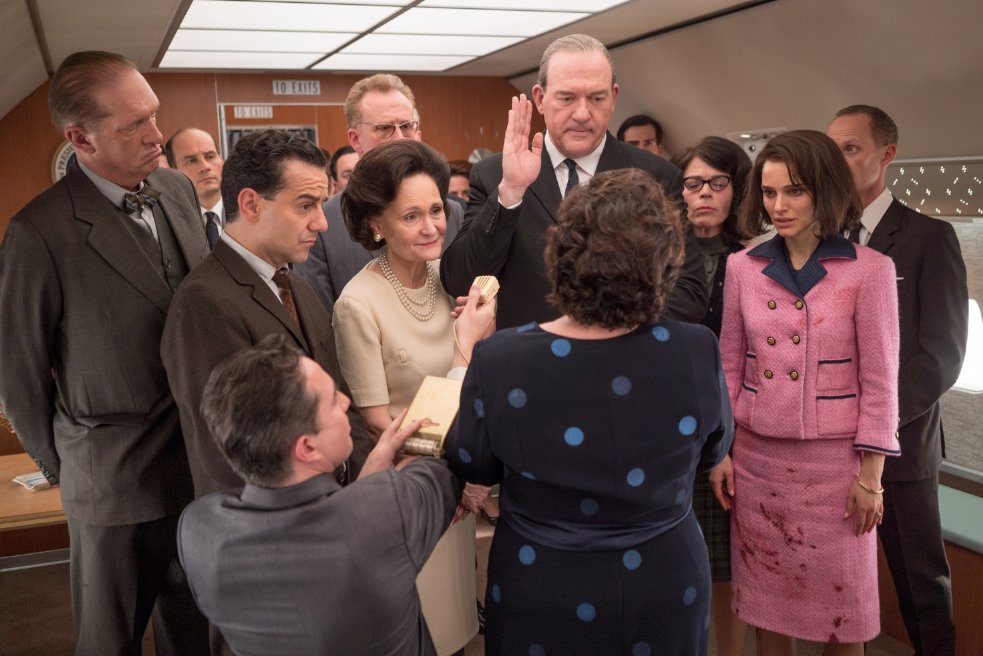 For some viewers, part of the allure associated with Jackie relates to seeing history re-created but budgetary limitations force some odd choices (using selected archival footage that feels at odds with the newly shot material). As for Natalie Portman’s ballyhooed portrayal (almost certain to garner an Oscar nomination based primarily on word-of-mouth), it’s more mimicry than acting and she bears a closer resemblance to a young Parker Posey than to Jackie Kennedy. I never believed her as the title character any more than I accepted Peter Sarsgaard as RFK. They’re great actors reduced to pretending to be famous people and the lack of even a cursory physical resemblance undermines the illusion.

If there’s a positive about the film, at least it doesn’t try to give an overview of the former first lady’s entire life and some of the behind-the-scenes details about what she went through during the week after the assassination are interesting. Jackie will certainly be of interest to those who lionize the Kennedys and rhapsodize about their short three-year span in the White House. It’s filled with small, intriguing historical details and it’s good at reminding us what an extraordinary woman Jackie Kennedy was. However, its inability to do more than recreate and mimic an era and a person limits its effectiveness. Jackie is more of a curiosity than a good film and, like Camelot, its impact is fleeting and nebulous.