If nothing else, the film’s title is accurate – this is indeed a tale of Lost Girls and Love Hotels. As much an exploration of the two faces of Japan as it is a chronicle of the sordid tragedy of one woman, the film suffers from an overly-familiar narrative – that of a seemingly respectable professional woman whose desperate search for meaning leads her to alcohol and risky sex. Her inability to find what she needs creates an ever-tightening spiral where her experimentation becomes dangerous and self-destructive. Other films have told similar stories with greater power. Director William Olsson appears unwilling to fully commit to the darkness that a movie of this sort would need to embrace to be both ephemerally disturbing (which it is) and memorable (which it isn’t).

Alexandra Daddario, trying regain the status as a serious actress that she has lost as a result of bad choices and worse performances since she stunned in HBO’s True Detective, plays Margaret, a teacher of English accents to classes of would-be flight attendants at a Tokyo academy. At night, she hangs out with her friends Ines (Carice van Houten) and Liam (Andrew Rothney) at a bar, where she solicits sex with anyone willing to pay for a room at a love hotel. Her late nights get later and she is soon arriving at her job in a disheveled condition that doesn’t go unnoticed. One night, however, she connects with the handsome and dangerous Kazu (Takehiro Hira), a yakuza who wields power and influence in the city’s underworld. He is as smitten with her as she is with him but anything permanent between them seems hopeless. 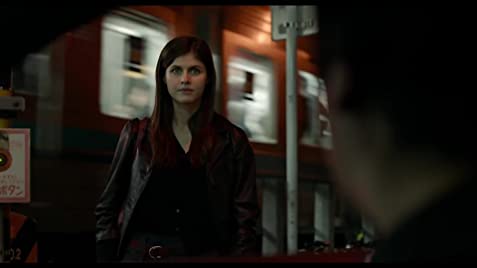 The film’s success hinges on Daddario’s performance. Margaret isn’t just the central character; she’s the heart and soul of the film. And, although there are times when Daddario is fine, there are other instances when she comes across as being out of her depth. Her co-stars Takehiro Hira and Carice van Houten resonate more consistently despite having considerably less screen time. Daddario’s strongest scenes are those in which she has no dialogue. She’s excellent at conveying hollowness and anguish with her features and body language.

On those occasions when Lost Girls and Love Hotels ventures into the darkness, it is effective. Olsson’s canvas hints at an outwardly bright and glitzy world where a lost soul can vanish without a trace. But he and screenwriter Catherine Hanrahan (adapting her novel) stumble in fleshing out Margaret as more than only a lost soul and her romance with Kazu is never credible, feeling more like something out of Fifty Shades of Grey than an organic result of the characters as they are presented. Margaret comes across as far too needy and Kazu, despite his position in Japan’s organized crime hierarchy, is a proverbial White Knight, always there to save Margaret when she needs him. And, just as the film is about to go into the deep, dark place where it needs to go, the filmmakers invoke a deus ex machina and let in too much sunlight. 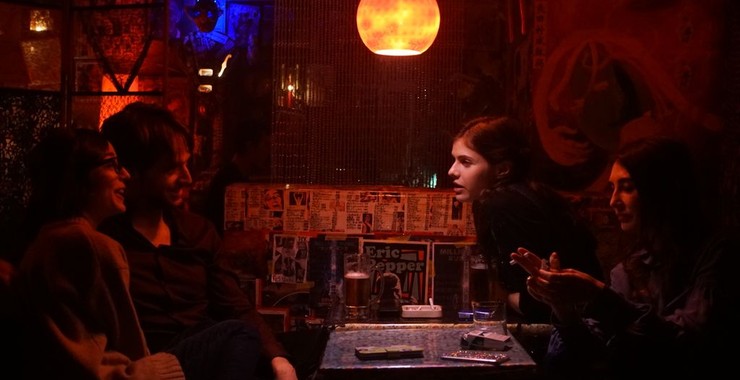