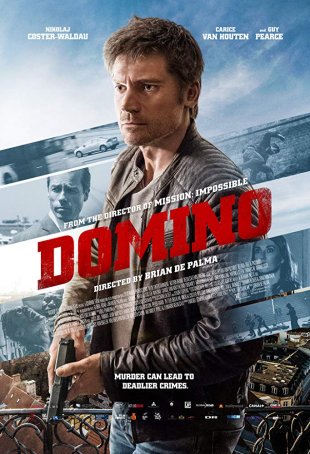 At one time, a new Brian De Palma film was something to be greeted with enthusiasm. The filmmaker, with his affinity for borrowing from the greats (Hitchcock in particular), understood how to put his own, modern spin on classic tropes. His reputation was built on a series of ‘70s and ‘80s titles: Carrie, Dressed to Kill, Scarface, Body Double, and The Untouchables. When in top form, De Palma could deliver with the best of them – hard-hitting, suspenseful entertainment that often veered into brutally unexpected areas. Then Bonfire of the Vanities happened. To be fair, the colossal, critically-derided flop didn’t end De Palma’s fruitful era – he would go on to make Carlito’s Way in 1993 and Mission: Impossible in 1996 but, although he has continued to direct, he hasn’t crafted anything of note in the last 23 years; many of his increasingly low-profile releases have been barely watchable dreck. His latest – a film he has all-but-disavowed – doesn’t represent a substantial improvement. Domino is a lackluster, hard-to-swallow police procedural with soap opera-ish subplots and flat characters.

Domino follows the efforts of Danish cops Christian (Nikolaj Coster-Waldau) and Alex (Carice van Houten) to track down ISIS terrorist Ezra Tarzi (Eriq Ebouaney), who killed Christian’s partner and Alex’s lover, Lars (Soren Malling). We soon learn that Ezra is more of a puppet than a free agent. The real struggle is between CIA agent Joe Martin (Guy Pearce) and an extremist Islamic cleric, Salah Al Din (Mohammed Azaay), who has been taken off the stock shelf of Lunatic Terrorists. Al Din’s Bin Laden endgame involves killing thousands and sowing fear. Martin’s goal is to stop him, but maybe not quite yet. 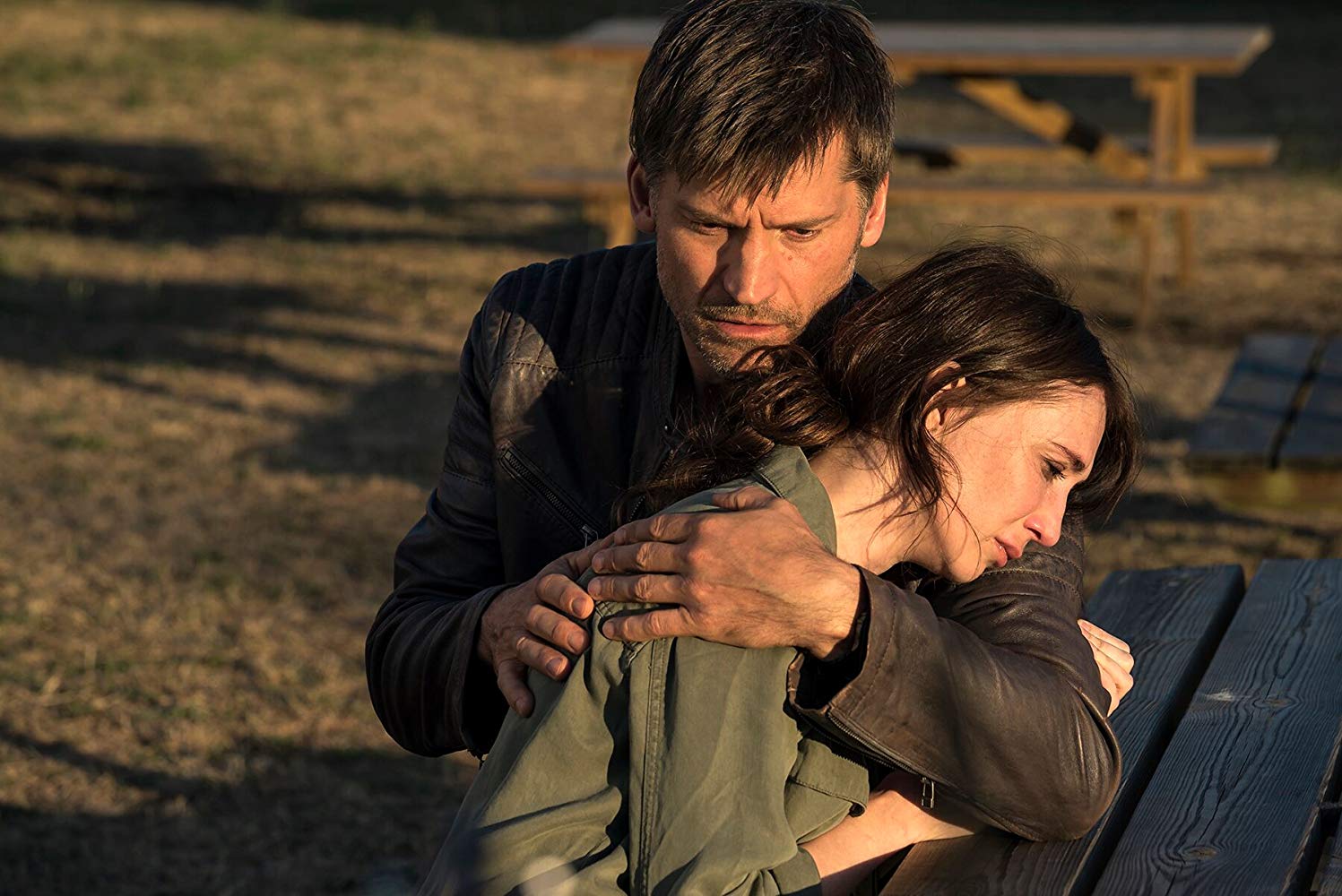 Most of Domino is plodding, although the film comes alive in the last act. For perhaps ten minutes, it’s as if De Palma awoke from a stupor and remembered the kinds of things he could do when he was a younger man. The climax involves bullfights, gunplay, drones, suicide bombers, and a growing feeling of tension and suspense. It doesn’t save the film but it at least convinces viewers who have struck with the proceedings that perhaps the whole endeavor wasn’t a complete waste of time. The ending is rather abrupt, leaving numerous loose threads, confirming that De Palma and screenwriter Petter Skavlan weren’t particularly concerned about the characters in the first place.

Following the film’s completion, De Palma distanced himself from it, claiming that he was essentially a director-for-hire (“I didn’t write it”), that there were significant budgetary problems, and that (for unspecified reasons) it was a “difficult shoot.” The filmmaker stated that what drew him to the movie was an opportunity to explore the relationship between voyeurism and technology in terrorist activities. There’s some of that in Domino but it isn’t well-developed. 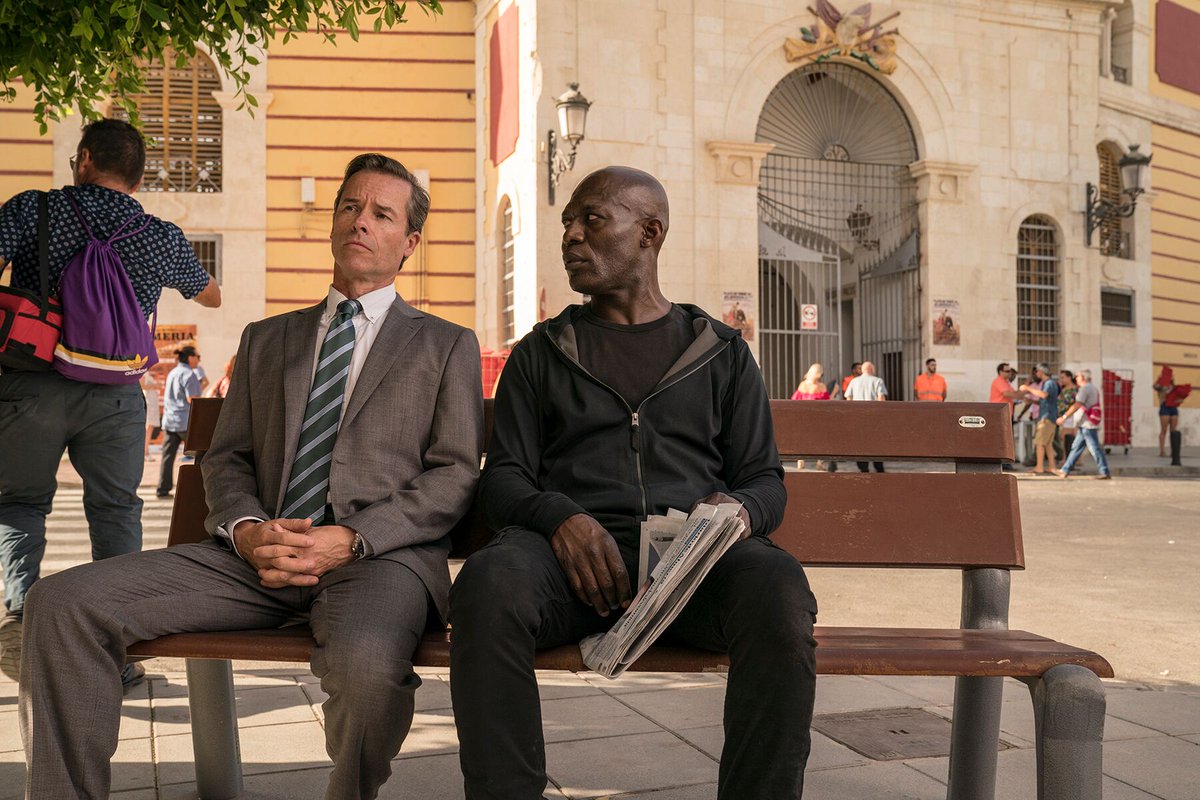 Game of Thrones fans may be attracted by the teaming of Nikolaj Coster-Waldau and Carice van Houten (Jaime and Melisandre the Red Priestess), although those two didn’t have many (any?) scenes together in Game of Thrones. Neither is in peak form here, although it’s fair to wonder whether the primary problem might be the lackluster dialogue and clunky plotting. Guy Pearce plays the kind of smarmy part he can do in his sleep.

Domino is frustrating not only because it continues De Palma’s run of bad efforts. (At what point should we stop hoping the trend is going to reverse itself?) Within the screenplay is the germ of a fascinating story but it’s never given the opportunity to emerge. The forces pushing and pulling at Ezra Tarzi are powerful and in opposition. He isn’t merely driven by religious zeal but by the desire for revenge and the need to protect his family. Those elements are mentioned but the character is left sadly two-dimensional. I guess when it comes to terrorism, everything has to be black-and-white; there’s no room for gray.

The film’s low profile is in keeping with its quality. Only De Palma’s name has allowed it to achieve a limited theatrical release. Once an assurance of audacity and brazenness, the director’s sterling reputation has lost its cachet. Nothing about Domino is going to restore it.