The concept of a movie being “so bad it’s entertaining” is often employed as a way of disparaging a film that doesn’t work in the way the director planned. It’s a valid description but the word to focus on is entertaining. Gods of Egypt is one of those movies. Although intended to be a mythology-inspired fantasy, the movie works as a campy quasi-parody of the genre. Unfortunately, director Alex Proyas shows no indication he understands what the movie really is, so we as viewers have to do our own extrapolation. Gods of Egypt is often sloppy and fails in many ways but the cheesy momentum is hard to resist.

The basic storyline fuses elements of Egyptian mythology with an original narrative that follows the quest of the god Horus (Nikolaj Coster-Waldau, Game of Thrones’ Jaime Lannister) to retake Egypt from the god Set (Gerard Butler), whose reign threatens to bring a storm of chaos on the world. Horus’ journey is fairly standard fantasy material and tracks Clash of the Titans well (as one might expect), but there’s a fatal mistake. Instead of focusing exclusively on the gods, the screenplay inserts a human being into the action. He’s Bek (Brenton Thwaites), a fresh-faced, attractive young man whose capacity to irritate hovers close to Jar-Jar Binks territory. Bek is constantly whining about wanting to resurrect his dead girlfriend Zaya (Courtney Eaton). For the good of the movie, maybe he should have killed himself and joined her. 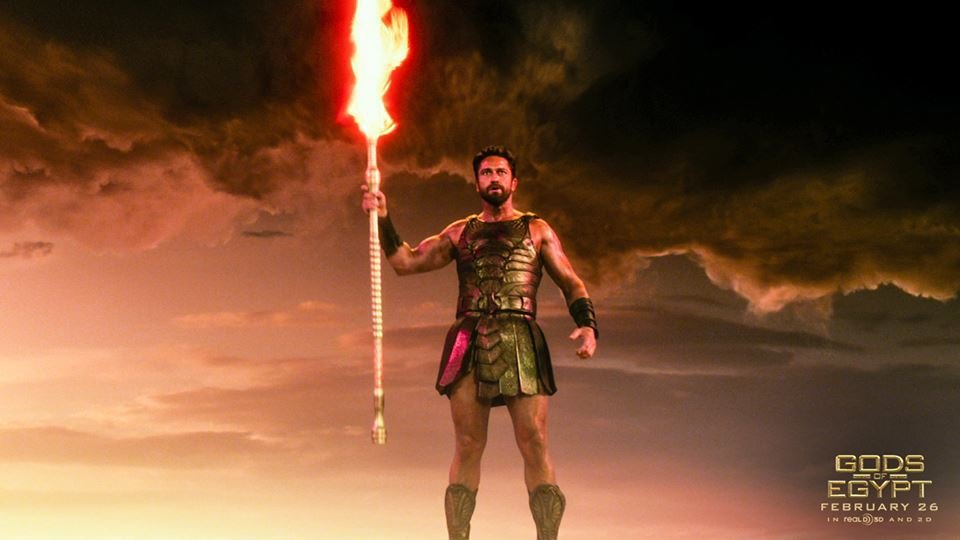 For the actors, there’s no consistency of style. Nikolaj Coster-Waldau sees this as a fantasy adventure and plays Horus like a traditional hero-type. Gerard Butler regurgitates King Leonidas from 300 and spends most of his screen time stomping around, waving his weapon, preening, and yelling. Geoffrey Rush, as the sun-god Ra, looks old and tired and may be wondering whether the paycheck was really worth it. He gives off a Marlon Brando-in-Superman vibe. And Breton Thwaites thinks he’s in a Nicholas Sparks adaptation. Considering the awfulness of his performance, it’s fair to question whether he just didn’t bring his A-game or whether he doesn’t have an A-game to bring. Hey, but he looks dreamy.

Which brings us to director Alex Proyas, whose best days as a director (Dark City, The Crow) are two decades in the rearview mirror. His most recent work, 2009’s Knowing (the Nicolas Cage apocalyptic tale), was an intriguing mess - a description that in some ways fits Gods of Egypt. Proyas obviously has an ambitious vision for this world and there are times when it’s effectively realized (the cityscape shots are impressive) but there’s too much obvious CGI and, after a while, the artificiality becomes cumbersome. (Seeing it in 3-D only enhances the problems.) If one is going to make special effects the focus of a movie, they need to be good special effects, and that’s not the case here. Proyas’ ideas are never fully translated from imagination to screen. 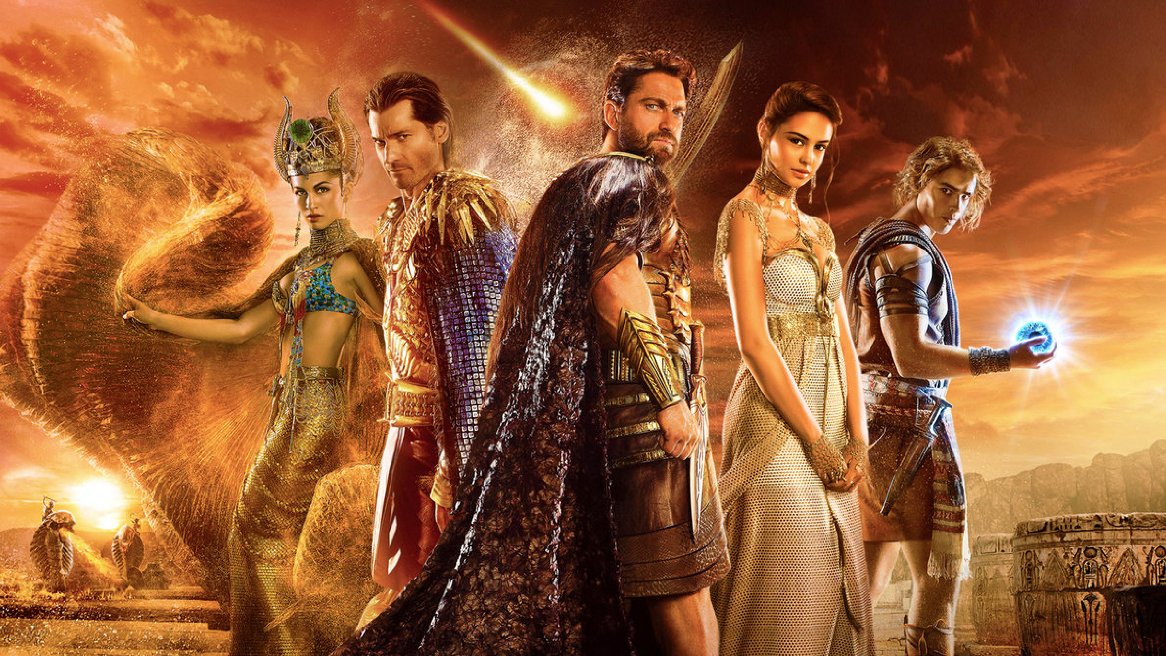 Gods of Egypt should have been rated R. You can feel Proyas pushing the envelope and the PG-13 constraints hurt. The sex scenes should have been steamier - these are way too tame. The film is able to get away with more violence and bloodletting than one normally finds in teen-friendly films by making gods bleed gold. The MPAA is more forgiving of carnage as long as it doesn’t involve copious amounts of crimson. I don’t know whether Gods of Egypt would have been a better movie with lots of overt carnage and bare flesh but it would have felt less repressed.

Still, there’s fun to be had (as long as you ignore Bek and Zara). The fight scenes are well choreographed and engaging. Although unevenly realized, there are some interesting ideas here about how the gods and men interact. Gerard Butler is a hoot as long as you don’t try to take him seriously. Seen in the right frame of mind (chemical enhancement optional), Gods of Egypt can work - if not on its own terms then at least on someone else’s. Bad, yes. But entertaining as well, at least to a point.