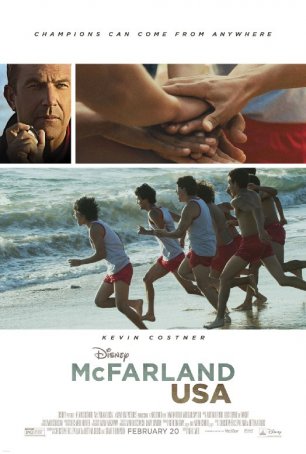 The gold standard for inspirational teenage sports movies is unquestionably Hoosiers and, although McFarland USA falls short of the mark set by the iconic '80s film, it comes closer than most would expect. The reason is simple: McFarland USA, like Hoosiers, makes characters a priority. The film, directed by New Zealander Niki Caro, focuses on the people involved in the drama. The narrative doesn't saddle them with cliché-riddled subplots; it makes them and their concerns real. There are no paper villains wearing black hats and twirling mustaches. There are competitions (this is, after all, a sports movie) but they consume less than 15% of the running time.

The sport in question is cross country track. Coach Jim White (Kevin Costner) arrives in McFarland, California in time for the 1987 school year with his family - wife Cheryl (Maria Bello) and daughters Julie (Morgan Saylor) and Jamie (Elsie Fisher) - in tow. He's not here by choice, however; after being fired from three different schools for insubordination and losing his temper, he has run out of options. McFarland High is the only place willing to offer him employment. After one week, he has been fired as the assistant football coach but is kept on as P.E. teacher. He sees something in his students, especially the fleet-of-foot Thomas (Carlos Pratts), that leads him to believe a cross-country track team might be successful at McFarland. His first task is selling it to the board of education and principal. The more difficult challenge is selling it to his would-be participants. 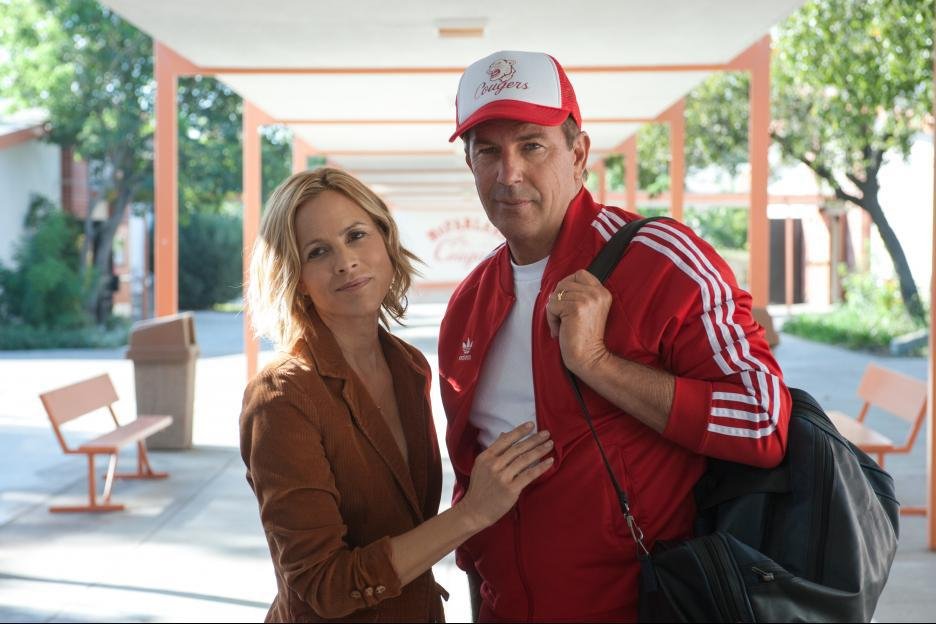 A pitfall avoided by McFarland USA is the "Great White Savior" trap. The citizenry of McFarland is primarily comprised of immigrants of Mexican ancestry - a character observes while driving down one of the town's streets: "Are we in Mexico?" As the story progresses, it becomes apparent that this is as much about McFarland saving Jim White as it is about him infusing the town with a sense of pride and self-worth. Achieving this balance allows McFarland USA to come across as genuinely inspirational as opposed to being sanctimonious.

McFarland USA has a distinction in that it's the rare sports movie directed by a woman. Caro's perspective is invaluable to the film's trajectory. Not only does she leech some of the testosterone out of the mix but she fixes the focus firmly on the characters - and not just the seven competing boys and their coach. The movie extends meaningful scenes to the mothers and fathers of several of the teammates and transforms their concerns into more than two-dimensional obstacles to winning a championship. McFarland USA has more heart and less cynicism than many sports movies. The inevitable Big Win is important but it's not everything. The overriding theme isn't one of overcoming the odds but of learning the meaning of family.

The production is (of course) "based on a true story." The somewhat fictionalized chronology transpires in 1987 - recent enough for people and settings to seem familiar yet far enough in the past so things like cell phones and the Internet had not come into being. The movie doesn't seem like a period piece; until a date was mentioned, I thought it was happening in the present day (although Coach White's car should have been a clue that this isn't 2015). Like the recent Spare Parts, McFarland USA focuses on the immigrant experience, but this version is more politically correct in that the characters are in the United States legally. They lead hard lives (as illustrated in an effective scene where Coach White spends a day living in the shoes of three of his boys) in order to make living wages but no one is hiding from the government. 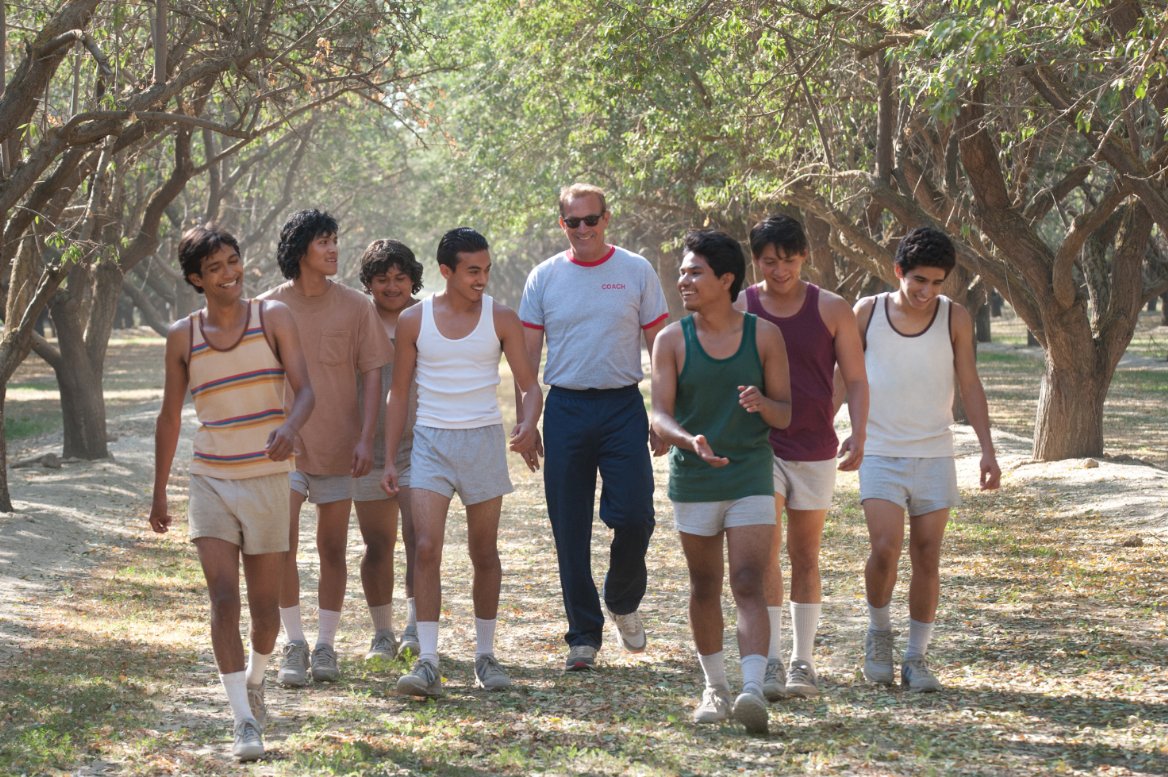 This represents the second movie to arrive in theaters within a month to feature Kevin Costner in a drama about race relations (the previous one being Black or White). His patented form of low-key acting is effective in this arena and he is effectively supported by a cast of unknowns and first-time performers (aside from Costner, the only "name" in the cast is Maria Bello). If there's a nit to pick about the supporting players, it's that the men playing the members of the McFarland Cougars are in many cases too old to be accepted as high school students. Carlos Pratts is an example - he was 28 when the film was made. His interaction with Morgan Saylor (who is 20 but looks age-appropriate for the 15-year old she's playing) may seem uncomfortable to some.

Invoking Hoosiers when discussing McFarland USA places this film in august company even when acknowledging the gap between the two. Sports movies in recent years have become generic and mostly uninteresting, with the typical complaint being that the on-field recreations are well-done but everything off-field is forgettable. McFarland USA reverses this by making the competitions the least interesting aspect. It has heart and is inspirational and, although those may be corny admissions, this is Disney and the film works as solid family entertainment.