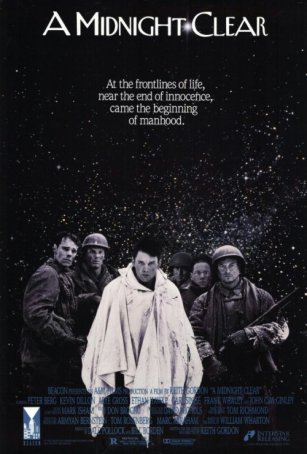 December 1944 in the Ardennes. The Battle of the Bulge is beginning. The snow is falling gently, coating everything in white. It’s here that the members of a small American Intelligence squad find themselves holed up in an abandoned house under orders from their commander, Major Griffin (John C. McGinley). Their mission: watch, listen, and report back if there are signs of enemy activity. The squad’s leader, Sgt. Will Knott (Ethan Hawke), is doubtful about things from the beginning. He is in command because he has survived thus far while six others haven’t. The oldest soldier, ‘Mother’ Wilkins (Gary Sinise), has suffered a mental breakdown following the long-distance news of the stillborn death of his child. The other four – Bud Miller (Peter Berg), Mel Avakian (Kevin Dillon), Stan Shutzer (Arye Gross), and ‘Father’ Mundy (Frank Whaley) – do their duty, although not all of them are happy about it.

There’s a group of Germans out in the forest – seven of them, as it turns out. Hitler’s war has so depleted the Germany army that they’re left with “old men and boys.” They’re tired and scared and, like many Axis soldiers in Europe, recognize that hope has fled. They don’t want to die so they seek an alternative to fighting. Surrendering to the Americans doesn’t seem like a bad one, as long as they can make it look like they were taken after a battle. The first challenge is to conquer the language barrier, something they attempt not with bullets but by stoking the Christmas spirit. After a tree, a few carols, and an exchange of gifts, the Germans and Americans are able to regard one another with something closer to trust than hostility. Until, of course, it all goes wrong. In war, it seems, that almost always happens. 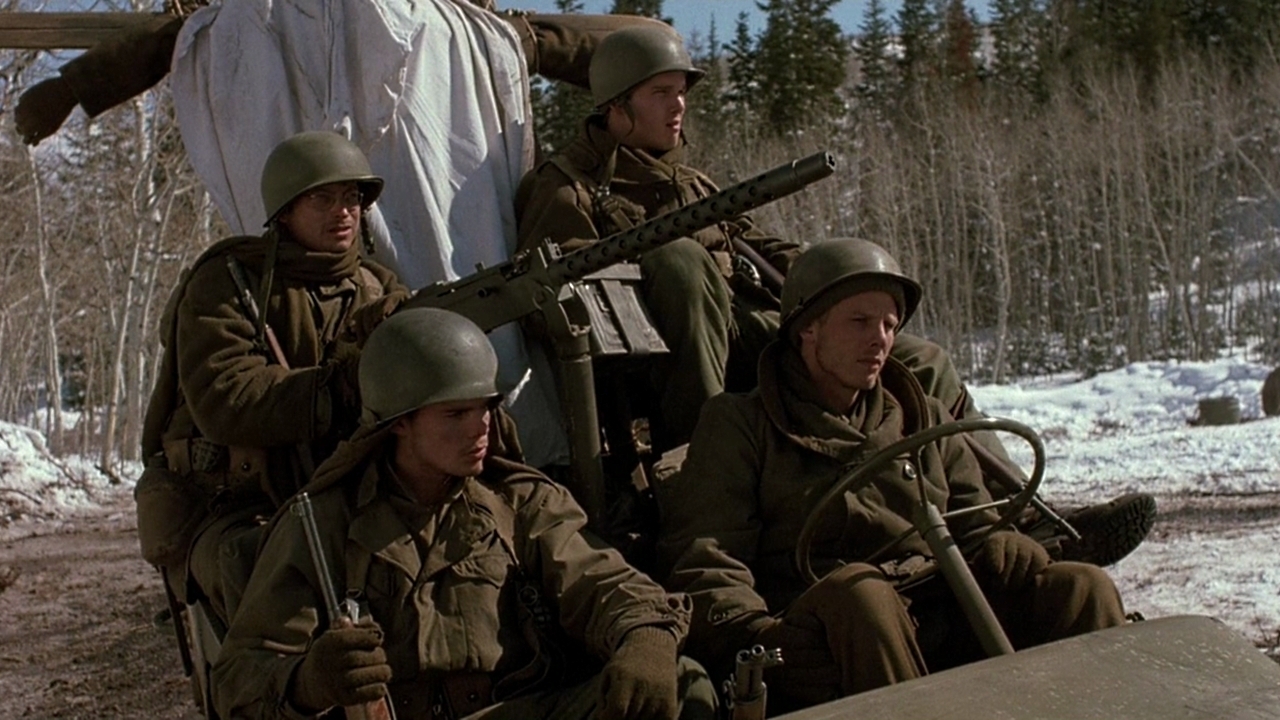 A Midnight Clear is adapted from the novel of the same name by William Wharton. It is not based on a true story – there are no records of American and German soldiers fraternizing around Christmas during World War II – not in 1942, 1943, of 1944. Wharton may have been inspired in part by an incident from World War I, however. On December 25, 1914, the so-called “Christmas Truce” occurred – a series of unofficial cease-fires along the trenches of the Western Front. French, German, and British soldiers put aside their differences to talk, sing, and toast the season. (The 2005 film Joyeux Noel dramatized this.) There’s an echo of that in A Midnight Clear. Fiction, however, follows history. Once the holiday was over in 1914, many of the men who shook hands killed one another. In A Midnight Clear, the outstretched hand is ultimately cut off. Human nature is a fickle thing – the impulse to reach out to another is counterbalanced by a cold-hearted bloodthirstiness.

A Midnight Clear is a war story but it’s not like any other war story ever made. The characters (well, most of them at least) are nuanced. The situations are fluid and ambiguous. And there are no big battles. At one point, a character remarks that he doesn’t like this kind of war. He doesn’t want to meet the enemy. He wants to shoot them dead from afar, never knowing a thing about them. One of the most impactful aspects of A Midnight Clear is that when the time comes to kill, the targets are no longer faceless. 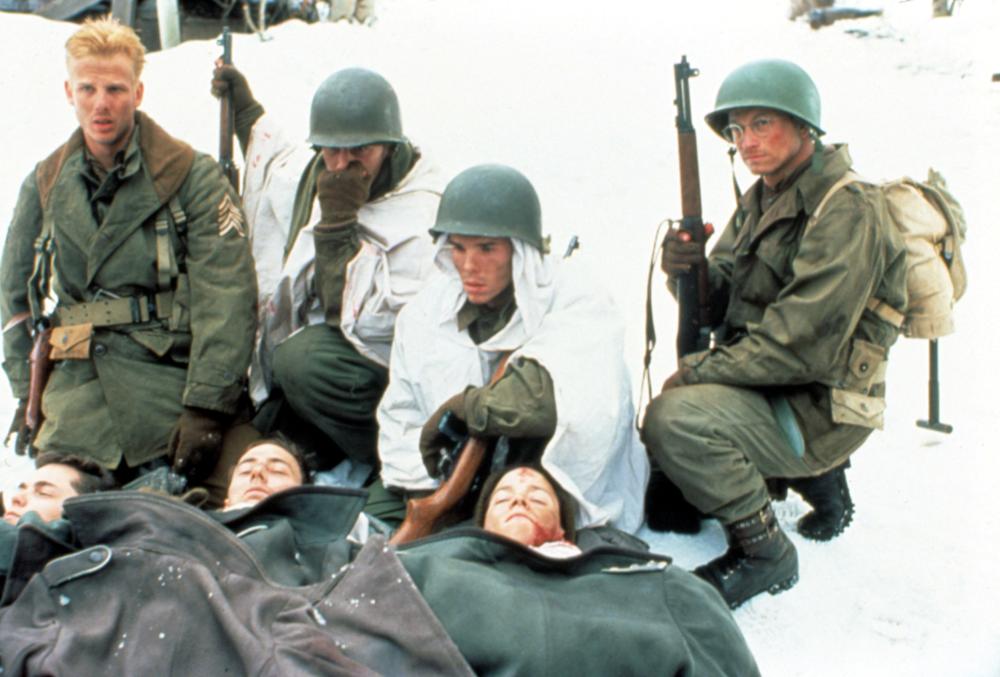 A Midnight Clear is powerful without being overbearing. It emphasizes the chaotic and nonsensical aspects of war without dragging the viewer into the trenches and burying him/her in mud. The movie is sad in a way that even a powerhouse picture like Platoon didn’t manage. The only villain here is circumstance, unless you count John C. McGinley’s Major Griffin, who is thankfully kept in the background except at the beginning and the end.

Speaking of McGinley, he represents one of two missteps on the part of Keith Gordon’s otherwise fine effort as a writer/director (this was his second film behind the camera). Griffin is written as a two-dimensional asshole and McGinley portrays him with cartoonish fluency. In a film where every other character has as many facets as a well-cut gemstone, Griffin feels like he stumbled into the wrong movie.

The other problem relates to a flashback detailing how the four youngest members of the group lost their virginity. A young woman named Janice (Rachel Griffin) opts to give herself selflessly to these soldiers rather than commit suicide (she’s despondent after learning of the death of her fiancé overseas). It’s a bit of wish-fulfillment that strikes a wrong chord no matter how hard Gordon tries to make the situation sympathetic. 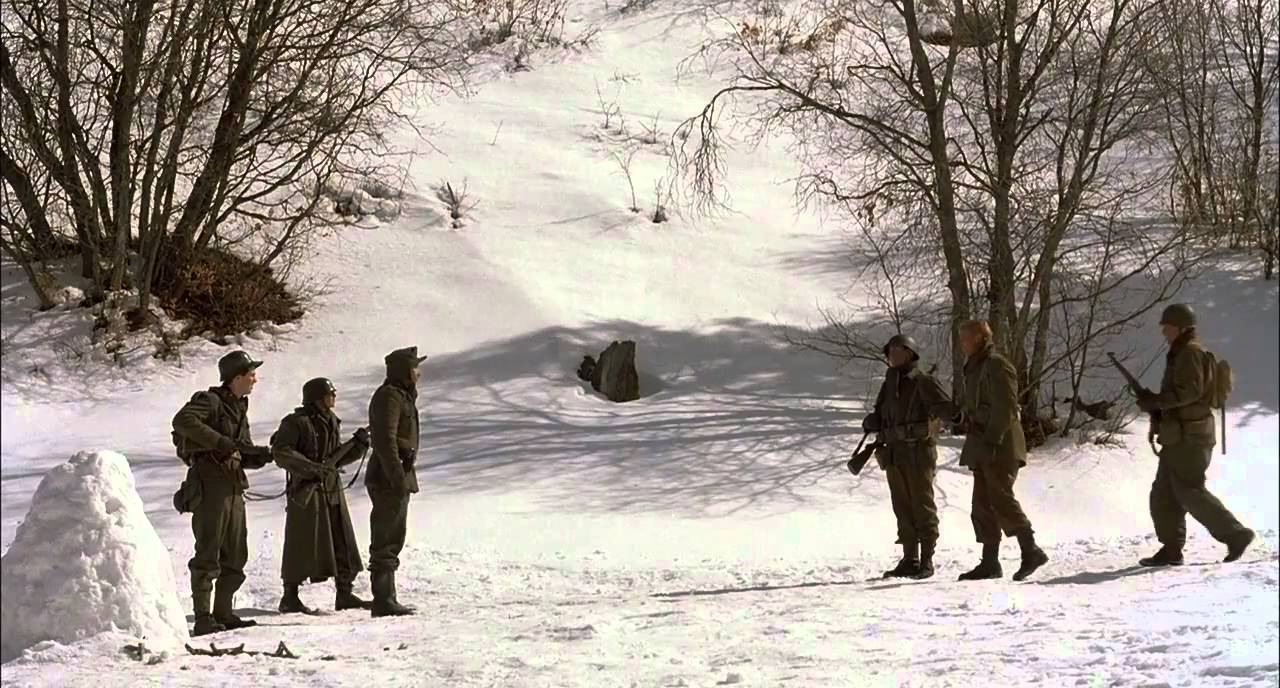 The acting is uniformly strong, featuring a group of performers at the beginning of what would be long and productive careers. A little-known Ethan Hawke (with a previous role in Dead Poets Society) shows the charisma that would make him the go-to actor for many serious-minded directors. Gary Sinise, several years pre-Lt. Dan, makes the psychologically wounded Mother a suitably complex individual. Also featured are Peter Berg, Kevin Dillon, Arye Gross, and Frank Whaley. This may not be a “who’s who” of future A-list stars but it’s a strong roster of men who would become known for their ability to flesh out characters.

The typical movie set in and around Christmas embraces the mood of the season: Peace on Earth and Goodwill to All People. A Midnight Clear has a sharper and less idealistic perspective of things. Viewed through the lens of war, the absurdity of human nature is laid bare. We see the good, the bad, and the ugly – all packaged together in events spanning a few days leading up to December 25. It’s a reminder, as if any is needed, that, despite the birth being celebrated at Christmas, humankind is still very much in need of salvation.