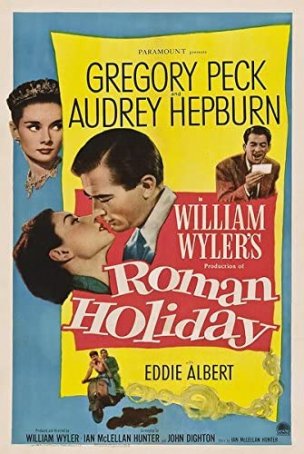 For lovers of romantic comedies through the ages, Roman Holiday remains a favorite. Despite being directed by one of Hollywood's "heavy hitters," William Wyler (The Best Years of Our Lives, Ben-Hur), and starring bankable star Gregory Peck, the movie is perhaps best known as the coming out party for Audrey Hepburn, who won a Best Actress Oscar in this, her first lead role. Shot on location in Rome with a budget of about $1.5 million, the film's domestic box-office take of $5 million put it comfortably in the black and established Hepburn as a major acting force. Because of its romantic appeal and whimsical qualities, this remains one of only a few black-and-white movies that modern audiences willingly watch.

It's said that every girl, at one time or another, fantasizes about being a princess. Perhaps the converse is true - that every princess dreams about being a regular girl. Call it a fairy tale in reverse, or one half of The Prince and the Pauper. Whatever the case, that's the premise underlying Roman Holiday, which tells of how a princess spends a day in anonymity, away from her watchers. It's an enduring tale that has been retold many times in many different forms, even as recently as the Hugh Grant/Julia Roberts romantic comedy, Notting Hill (about an ordinary Brit dating the world's most famous actress), and the Mandy Moore vehicle, Chasing Liberty (about the First Daughter escaping her handlers and going out on her own).

Princess Ann (Audrey Hepburn) is representing an unnamed European country on a continental tour. Her latest stop is Rome, and that's where she has a meltdown. When her secretary confronts her with her schedule for the next day, she has a fit of hysterics - she's fed up with having every moment of her life planned. The doctor arrives and gives her a shot that makes her sleepy and happy. In her drugged state, she slips out of the palace and into the city, where she poses as a drunk, homeless girl. Reporter Joe Bradley (Gregory Peck) finds her and, feeling guilty about abandoning someone in no condition to be on her own, he brings her back to his apartment so she can "sleep it off." The next morning, he discovers the identity of his mysterious guest and begins plotting how he can get an exclusive story out of the situation. He enlists the aid of his friend, Irving Radovich (Eddie Albert), to take the pictures. Over the course of the day spent with Ann, Joe's desire to write the story wanes as his affection for his companion grows. 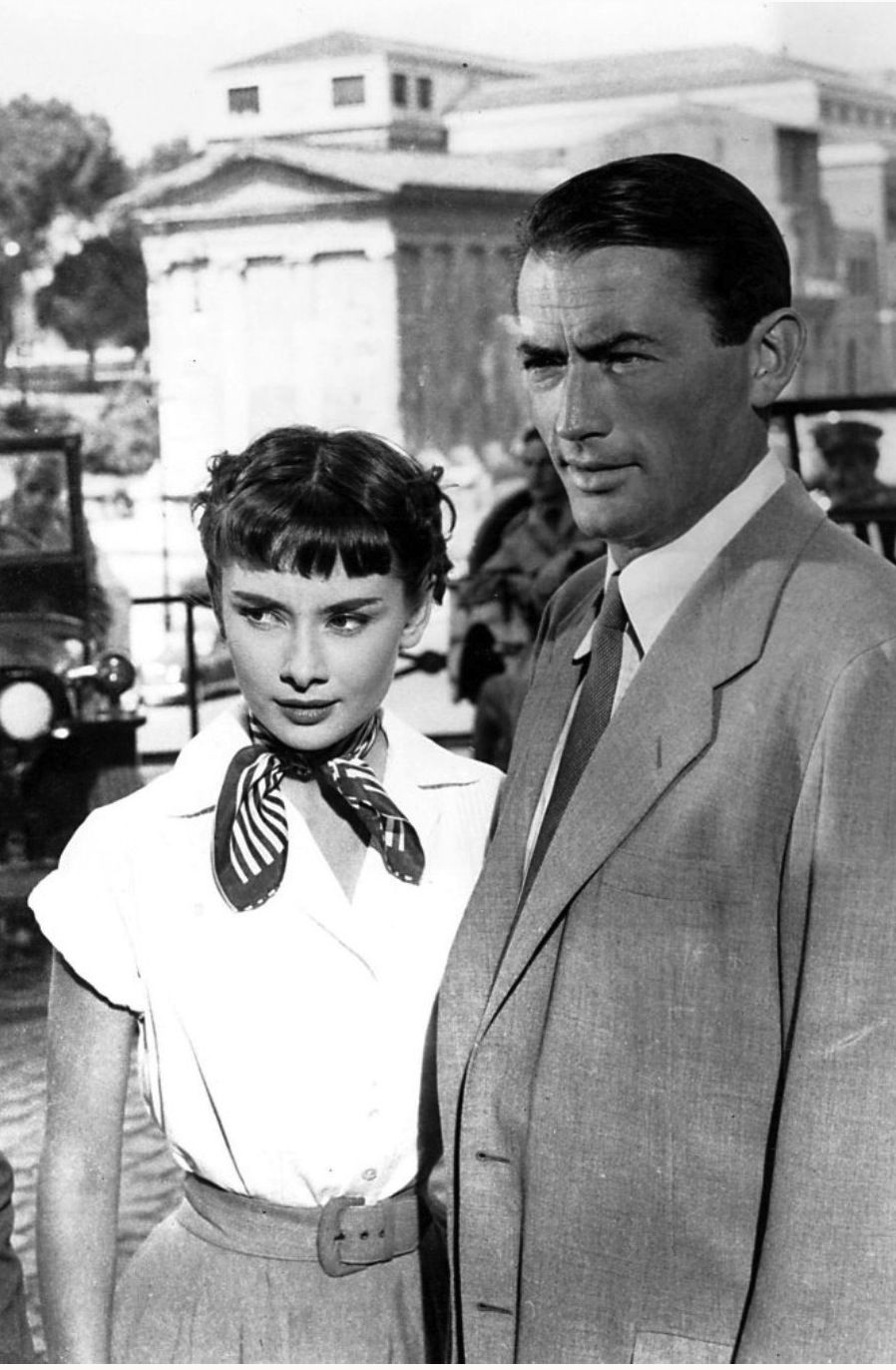 Roman Holiday was written by Dalton Trumbo under the pseudonym of Ian McLellan Hunter. Because Trumbo refused to testify before the McCarthy Commission, he was blacklisted, and could not write anything under his own name for most of the 1950s. Roman Holiday was initially scripted with the expectation that Frank Capra would direct it, but when Capra learned of Trumbo's involvement, he backed out. Enter Wyler, who had no compunctions about working with someone who had been blacklisted. Many years later, after the blacklisting period had passed, Trumbo was given full credit for his work on Roman Holiday.

The film was not the debut of Audrey Hepburn, but it was her first opportunity to take center stage, and she shines with the beauty and glamour of the star she would soon become. Hepburn won an Oscar as Princess Ann, and it's not an understatement to note that she beguiled audiences worldwide with this portrayal. Roman Holiday began a decade of memorable performances for Hepburn with a roster that would include Sabrina Fairchild, Holly Golightly, and Eliza Doolittle. Hepburn also did what few co-stars managed: make Gregory Peck fade into the background. Peck is fine in the role of Joe Bradley, but he is diminished whenever he shares the screen with Hepburn.

The film was made on location in Rome (a fact that is noted in a caption at the end of the opening credits, making sure that audiences don't think they're watching sound stage shots mixed with stock footage). This allows Wyler ample opportunities to show off the best face of the Italian city. With the black-and-white cinematography helping to take the movie out of reality and place it into the fairytale land where it belongs, Rome comes across as the most romantic place on Earth. No blemish is shown. As idyllic as the place may be, however, do not expect this kind of perfect vacation if you visit. 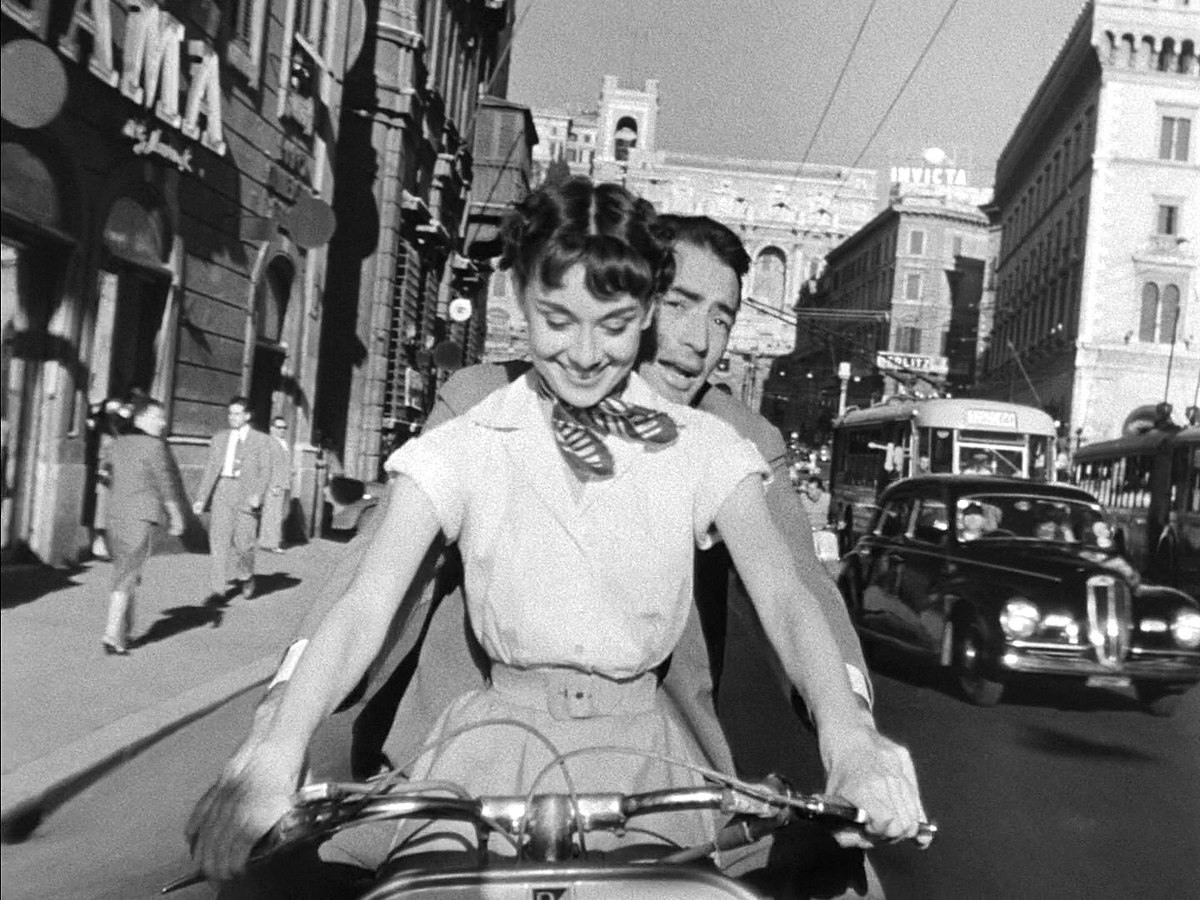 Ann's holiday involves all sorts of normal activities which, when done in Rome and while accompanied by an attractive gentleman, transform her 24 hours of freedom into an ephemeral love affair. She gets her hair done, spends time walking the streets and eating in a café, goes for a ride on a motorbike, and visits a dance club (where a fracas occurs). Although she and Joe steal several kisses, their relationship never goes beyond that. Roman Holiday is about the possibilities of love more than the concrete realities. It reveals something most romantics recognize: the ideal love affair is almost always one that is never consummated. Especially in circumstances like these, fantasy trumps reality.

Nearly 70 years after its release, Roman Holiday remains a staple of the romantic comedy fan's movie library. It delivers on everything it promises, from the modern day reverse-Cinderella fable to a fabric of low-key humor. (The film provides more chuckles than overt laughs.) The ending, while not downbeat, is the kind of thing Hollywood might mistakenly change today, but it's note-perfect for the production. If you're in the mood for something airy and uplifting, Roman Holiday is the trip to take.