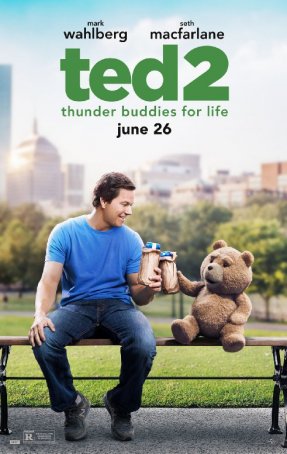 The original Ted was an engagingly ribald comedy that worked in large part because the gimmick was fresh. After all, Teddy Bears, even on those rare occasions when they talk, don't normally curse, smoke weed, and engage in sexual pantomime. At the time of its release, the movie seemed like a one-off and it probably should have been left that way. The sequel disappoints in large part because it doesn't bring anything new to the table. Ted (voiced by director/co-writer Seth MacFarlane) is not substantially different than in the first film and the bloom is off the rose. The film fumbles its lame narrative and, although some of MacFarlane's jokes are hilarious, they're just blips on the radar. 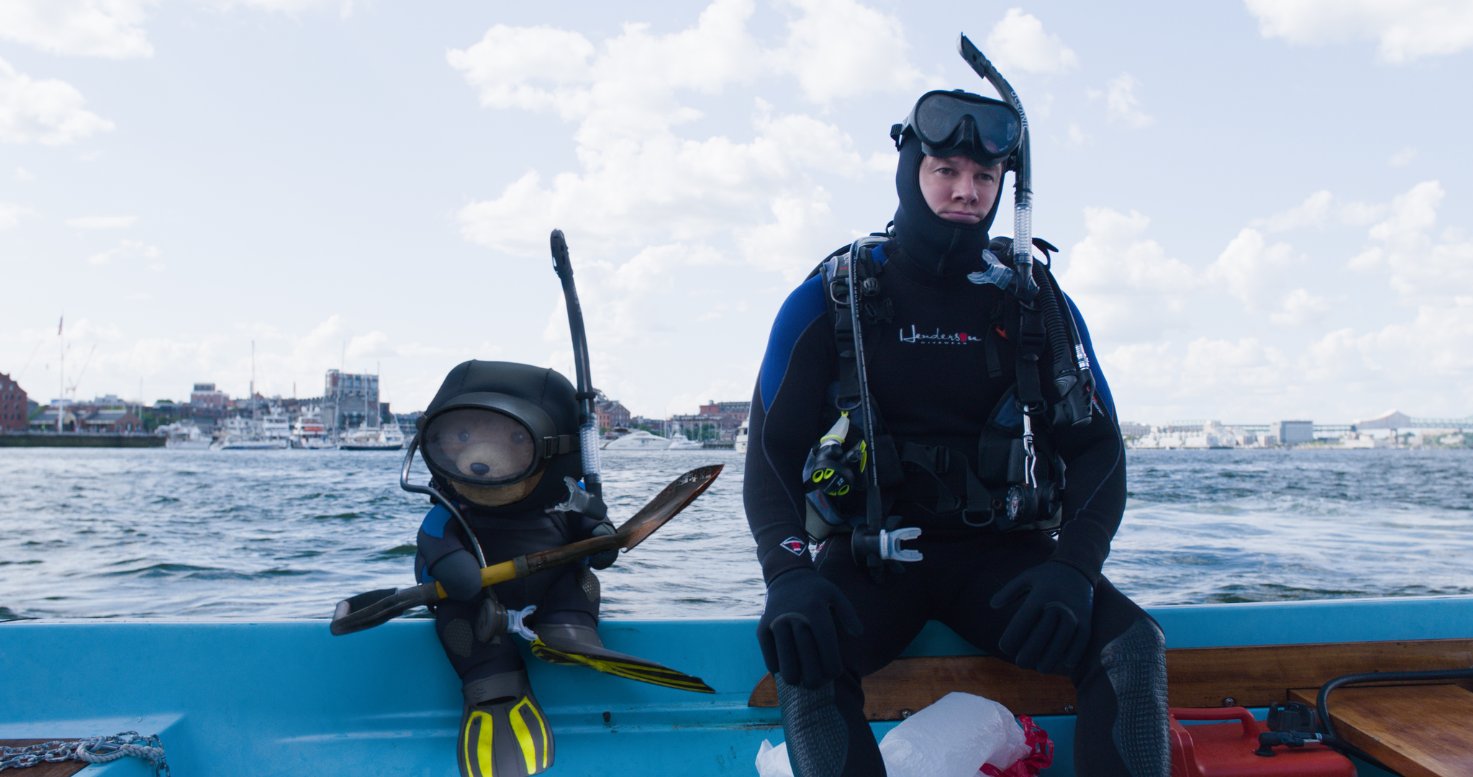 The film once again begins with the dulcet tones of narrator Patrick Stewart (one of three Star Trek personages appearing in the film - the other two being Michael Dorn and Nana Visitor) saying things one doesn't expect someone of his stature to say. The first scene shows the marriage of Ted to Tami-Lynn (Jessica Barth). Ted's Best Man, John (Mark Wahlberg), is down in the dumps because his wife, Lori, has left him. After this setup, things jump ahead a year. The bear/human marriage isn't going well and Ted decides that having a baby might be the solution. Once artificial insemination is determined to be a non-starter, Ted and Tami opt for adoption. This results in an official government declaration that Ted isn't eligible to adopt because he's "property" not a person. Ted and John obtain legal representation from an inexperienced lawyer named "Sam(antha) L. Jackson" (Amanda Seyfried) and decide to fight for Ted's civil rights in court.

It would be disingenuous for me to claim that Ted 2 isn't funny. Although I was often bored by the plodding direction of the story, I laughed from time-to-time. MacFarlane employs the "saturation humor" approach favored by Zucker-Abrams-Zucker (Airplane, The Naked Gun). In this environment, the audience is bombarded by so many jokes that even a 50% success rate is considered good. (I'd peg Ted 2 at significantly lower than that.) There are some hilarious cameos - Jay Leno's blink-and-you'll-miss-him is one and Liam Neeson's is deliciously odd. (The Tom Brady appearance, however, doesn't work nor does Morgan Freeman's oh-so-serious turn.) There's a lovely little homage to Jurassic Park. Michael Dorn, who played the Klingon Worf in a couple of Star Trek series, gets to dress in a Worf costume when he goes to Comic-Con.  And there's a line about Amanda Seyfried's eyes that I won't spoil here.

Subtlety has never been one of MacFarlane's notable qualities and his sledgehammer approach to civil rights lacks only a flashing neon sign announcing "Allegory!" The snarky cynicism evident in lines of dialogue makes it unclear whether MacFarlane is advocating equality or lampooning it. Maybe it's intended to be both but it doesn't really work as either. And whenever Ted 2 draws an historical parallel, it spells it out rather than leaving it to the audience to make the connection.

The chemistry between Mark Wahlberg, who appears to be phoning in his one-note performance, and the bear, is less apparent than in the first film. Perhaps that's because Ted was about the human/toy relationship while it's only a tangential aspect of Ted 2. In fact, John is so unnecessarily that he could have been replaced by anyone willing to banter with a CGI bear. Newcomer Amanda Seyfried adds the sex appeal lost by the departure of Mila Kunis (who dropped out due to her pregnancy). Seyfried does a credible job with the good girl/bad girl dynamic of her character: a sweet, innocent-looking lawyer whose first word is the f-bomb and who climbs up on her desk barefooted and whips out a bong. Meanwhile, Jessica Barth and Giovanni Ribisi are simply annoying (probably by intent).

Comedy sequels are almost never as good as the originals that spawn them and Ted 2 is not an exception. Yes, there are some laughs but MacFarlane has not yet been able to show he's capable of keeping the comedic momentum going for a full-length feature. The story isn't the only problem. There's a sense that the movie plays it too safe at times. The Busby Berkley opening number is oddly straightforward. The sperm donor clinic scenes fall back on regurgitated material. And surprisingly little is done with the Comic-Con setting of the third act (outside of some gags with Michael Dorn and Patrick Warburton). Ted 2 has enough laughs to make it passable late night cable TV fare. But summer destination movies need considerably more than what this threadbare sequel has to offer.