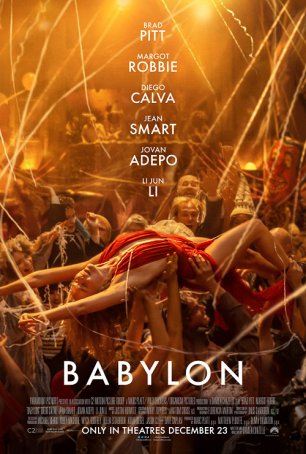 Babylon has arguably the best first hour of any 2022 motion picture. Kinetic, frenzied, and energetic, the opening party enraptures with its soaring images and percussive music. (Courtesy cinematographer Linus Sandgren and composer Justin Hurwitz under the direction of Damien Chazelle.) It’s a fully immersive experience that deserves to be seen in a theater with a big screen and an excellent sound system. Unfortunately, Babylon clocks in at a bloated 3 hours, 8 minutes and the final two hours aren’t as involving as the first. Indeed, the movie has an unfortunate trajectory where the story becomes less interesting as the running time increases. This is the classic definition of being “front-loaded.”

Anytime I feel like saying something negative about Babylon, though, I keep coming back to the 30-minute prologue. It’s so damn good with its you-are-there, in-your-face admittance to a debauched Hollywood party set in the roaring ‘20s. (1920s, that is.) Throw in Margot Robbie at her most committed and the resulting mix is combustible in a good way. But, as was the case with Saving Private Ryan, when a film starts out at such an unforgettable pinnacle, there’s nowhere to go but down, and there are times during the course of Babylon when the descent is rocky. 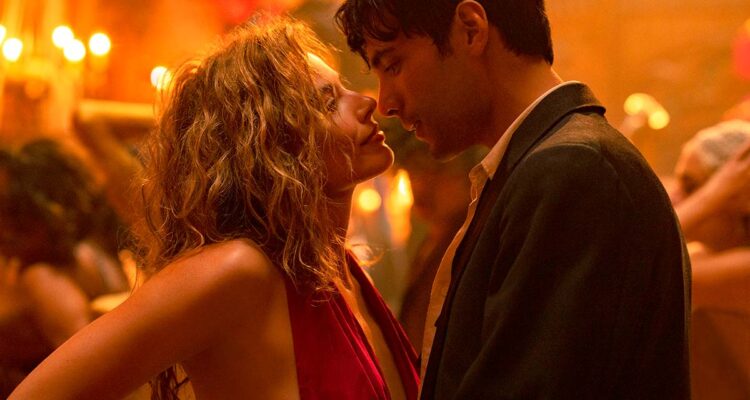 The story is far less interesting than the setting. For the better part of the first half, Chazelle lets Old Hollywood of the pre-talkie era wash over the viewer. But then Al Jolson starts speaking and everything changes. Babylon, like the movie industry, has difficulty adjusting and the portion of the film devoted to the post-1928 era isn’t as energetic. Although this is by design – one of the film’s goals is to chronicle the downfall of silent icons whose images suffered when sound entered theaters – the narrative reasons aren’t sufficient to overcome the malaise resulting from coming down off the high created by the opening act.

The movie loosely follows three characters across the span of about six years (from 1926-1932) as they navigate the changing currents of Hollywood. When the movie opens, Nellie LaRoy (Margot Robbie) and Manny Torres (Diego Calva) are new in town – hopeful nobodies with aspirations of entering the movie business. Manny wants nothing more than to work on a set and Nellie sees herself on the screen (“It's written in the stars, I am a star.”) Then there’s Jack Conrad (Brad Pitt), MGM’s biggest earner who has a legion of fans to go along with an ever-increasing roster of ex-wives. After the big party that opens the movie, introduces most of the participants, and sets the stage for what is to come, Nellie gets her big break and Manny happens to be in the right place at the right time when he is tasked with helping a passed-out Jack get home safely. 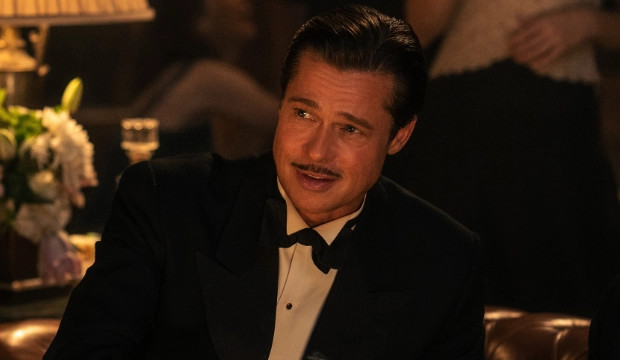 Although Babylon does an adequate job illustrating the arcs for these characters, it’s less successful when it comes to a couple of secondary characters: the enigmatic Lady Fay Zhu (Li Jun Li), who writes the messages read on the intertitle cards, and musician Sidney Palmer (Jovan Adepo), who doesn’t chase stardom even when it chases him. These two are no less interesting than Nellie, Manny, and Jack, but their stories are truncated and therefore less impactful. Lady Fay’s is especially frustrating – after a bizarre but erotic encounter with Nellie, she all-but-disappears from the movie. At a guess, these two were victims of the editing process. If a four-hour cut of Babylon exists, it’s reasonable to assume there might be more of Lady Fay and Sidney, and I’d be willing to watch it to see them better fleshed-out.

Pacing is an issue with Babylon – a not-unexpected occurrence considering the length. One reason why long movies (pretty much anything exceeding 150 minutes) used to have intermissions was to smooth out such issues. By not providing a break, the narrative shoulders the burden of keeping the viewer engaged over a 3+ hour period – something it’s not capable of doing with consistency. The story bogs down during the third hour and Chazelle has difficulties figuring out the appropriate ending. In at least one of the three main storylines, he fumbles the ball. In another, the denouement is protracted, including an epilogue set in 1952 that adds little. He then embarks on a weird salute to 20th century cinema that belongs in another movie. 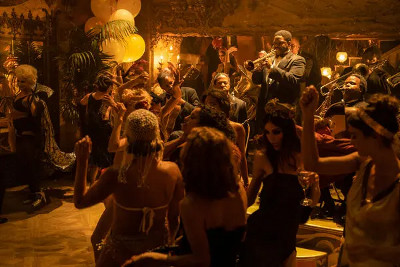 Chazelle gets the best out of his stars, which is expected (he helped J.K. Simmons and Emma Stone get their Oscars). Brad Pitt, once again on old-time movie sets (he did a stint during the 1960s in Once Upon a Time…in Hollywood), appears entirely at home in the role of a 1920s star. Diego Calva came to the project after an extensive search and acquits himself admirably in his first English-language role. Margot Robbie is electrifying; this represents her most accomplished performance to-date. If Calva is the soul of the movie, Robbie is the heart. And, in a testimony to Chazelle’s growing stature in the industry, the list of cameos contains some notable names: Olivia Wilde, Max Minghella, Eric Roberts, Tobey Maguire (he’s one of the exec producers), Katherine Waterston, and Spike Jonze.

Baked into Babylon’s DNA is the 1952 classic musical Singin’ in the Rain. Although that movie was made two decades after the events of this one, Chazelle postulates that the story was based on the lives of his (fictional) characters. Clips from Singin’ in the Rain are included to emphasize the connection.

Babylon is uneven, to be sure, but any missteps are more than compensated for by the exultation derived from the moments of frenetic exuberance that have become Chazelle’s bread-and-butter since he exploded on the scene with Whiplash and took La La Land to the brink of an Oscar victory.