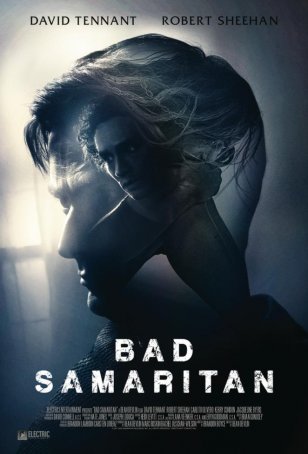 Spoilers: This review contains “non-specific” spoilers. Some readers may feel this reveals too much about the ending.

For roughly two-thirds of its running length, Bad Samaritan shows potential as a nicely twisty thriller replete with Hitchcockian elements. Making full use of current-day technology (without slipping over the line into science fiction), Bad Samaritan includes GPS tracking, smart houses, smart cars, cellphones, and hacked social media accounts. By showing how a killer can cause devastation virtually as well as physically, the film enters territory that hasn’t yet become overfamiliar. Unfortunately, starting with what I’ll call “the big bang,” Bad Samaritan’s credibility overreaches and the string of ensuing thriller clichés result in a lackluster conclusion. This is yet another chapter in “When Smart Movies Turn Dumb.” 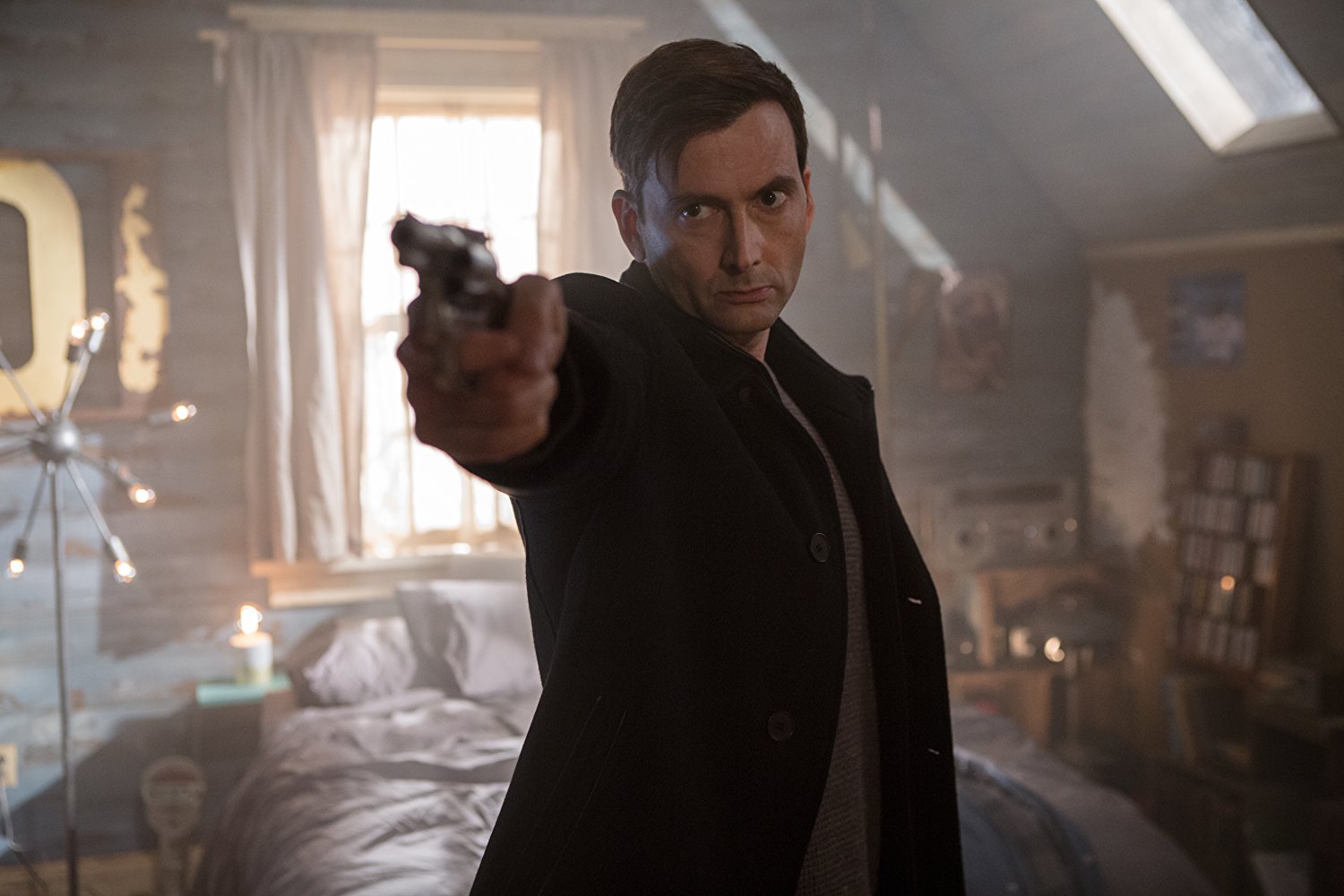 Twenty-five years ago, director Dean Devlin and his then-partner Roland Emmerich, were a hot duo, coming off two early-1990s hits, Stargate and Independence Day. Biting off more than they could chew, the pair tackled a Godzilla remake and the rest is history. Following The Patriot, they went their separate ways, neither achieving alone anything close to the success they had together. Bad Samaritan is an attempt by Devlin to show what he can do with a traditional thriller and, for the most part, he crafts something that, despite pacing issues, holds the audience’s interest. Unfortunately, perhaps because of a lack of imagination in Brandon Boyce’s screenplay, Devlin is unable to avoid a last act meltdown. The movie climaxes with such tired tropes as “dead” characters not staying dead, people sustaining and surviving multiple whacks with a hard implement, and a killer who won’t shut the hell up until he has explained his entire devious plan.

Bad Samaritan opens with a conceit that may cause viewers to think twice about using valet parking. Sean (Robert Sheehan) and his buddy Derek (Carlito Olivero) work outside an upscale Italian restaurant parking cars. Except, instead of dutifully stowing and fetching, the friends use the vehicles as gateways to easy thefts. By accessing a home address via the navigation system, they can drive to the owner’s house, use the garage door opener in the car, and commit the robbery – all while the family is enjoying their dinner. When Sean uses this scam with the Maserati of the arrogant, unfriendly Cale Erendreich (David Tennant), he thinks he has struck the mother lode. However, when entering a locked office, Sean discovers not only Cale’s computer but a young woman (Kerry Condon) who has been badly beaten and chained up using bondage gear that makes Christian Grey’s stuff look like kindergarten toys. Before he’s able to release the woman, Sean is forced to flee to return the car. Haunted by what he left behind, he places an anonymous call to the police, but Cale has already taken steps to prevent discovery. After that, the creepy sociopath uncovers his intruder’s identity and begins a systematic program to destroy Sean’s life and that of everyone close to him. 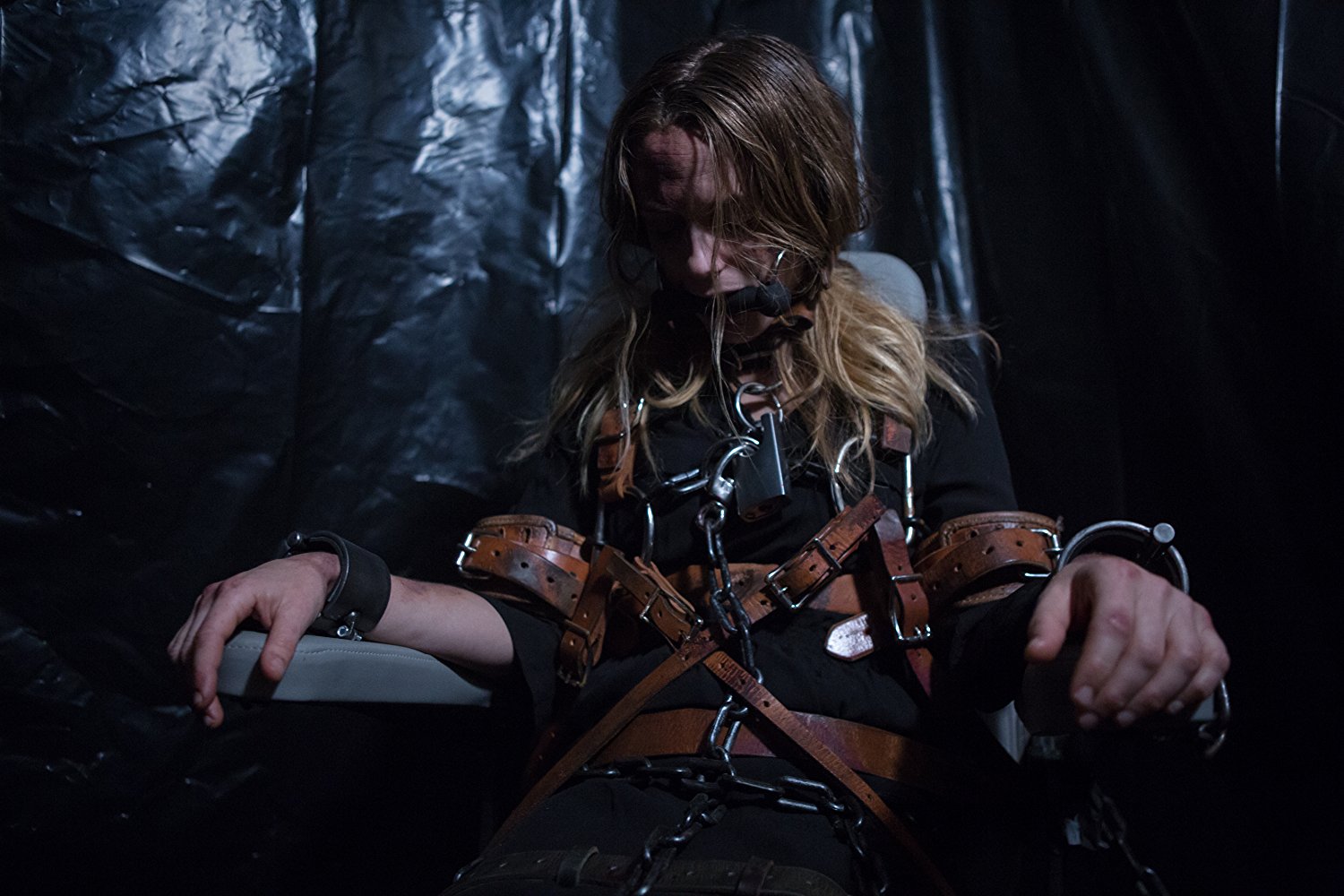 Calculating villains are always more interesting than blowhards, and this makes Cale fascinating. Although he has obvious mental problems, he analyzes situations and comes up with unique ways to deflect attention and outflank his enemies. He’s always a step ahead. For that reason, the ending is disappointing; Cale is suddenly transformed into a cookie-cutter B-movie bad guy. Sean isn’t the most compelling protagonist but he doesn’t need to be. David Tennant, once the ultimate good guy as The Doctor in Doctor Who, has no trouble convincing us that he’s able to play the sickest serial killer this side of Hannibal Lecter.

Bad Samaritan wasn’t accorded the widest distribution or the best exposure so the distributor (Electric Entertainment) is probably positioning it primarily for the home video market. With lowered expectations, at least insofar as the ending is concerned, this should play well on TVs and handheld devices. Devlin has skill when it comes to atmosphere (the way he films Portland, Oregon creates a unique setting in place of the generic location where many contemporary movies transpire), generates sustained tension, and jolts the audience with the occasional jump-scare. Bad Samaritan’s Achilles Heel is common to many thrillers – it deserves a better resolution than the one it has.