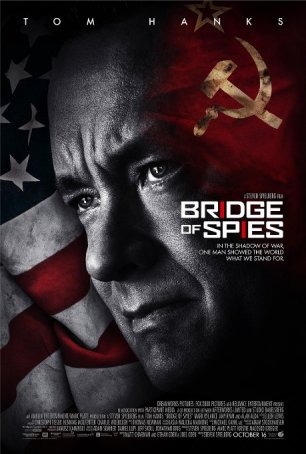 With names like Spielberg, Hanks, and the Coen Brothers, it's hard not to be excited about a project like Bridge of Spies. Yet, although the workmanlike production is solidly engaging, it falls short of the loftiest expectations. It's worth seeing but not one of the best films of 2015. In terms of the director's oeuvre, this will likely be remembered as one of his "minor" productions. (Think Always, The Terminal, and War Horse.)

Part of the problem may be the sprawling screenplay which starts out as a courtroom procedural before taking a sharp right turn into John Le Carre territory. The spy element is where the film's strength lies, but it's not on par with some of the great Cold War thrillers that have come to the screen both before and after the Berlin Wall fell. Admittedly, the screenwriters are constrained by the "based on a true story" aspect but, in concert with Spielberg, they somehow fail to capture the powerful sense of claustrophobia that characterizes almost every film set in Cold War Berlin. The period detail is impeccable but the atmosphere is surprisingly tepid.

The story opens in Brooklyn, N.Y. during the late 1950s with the arrest by American authorities of suspected Soviet agent Rudolf Abel (Mark Rylance). Concerned that the man receives top-notch representation, the government approaches attorney James Donovan (Tom Hanks) to defend Abel. Although initially reluctant, Donovan warms to the idea after meeting his would-be client. Although unable to secure a "Not Guilty" verdict, Donovan's arguments spare Abel the death penalty. However, his vociferous defense of such an anti-American criminal earns Donovan the ire of his fellow citizens. 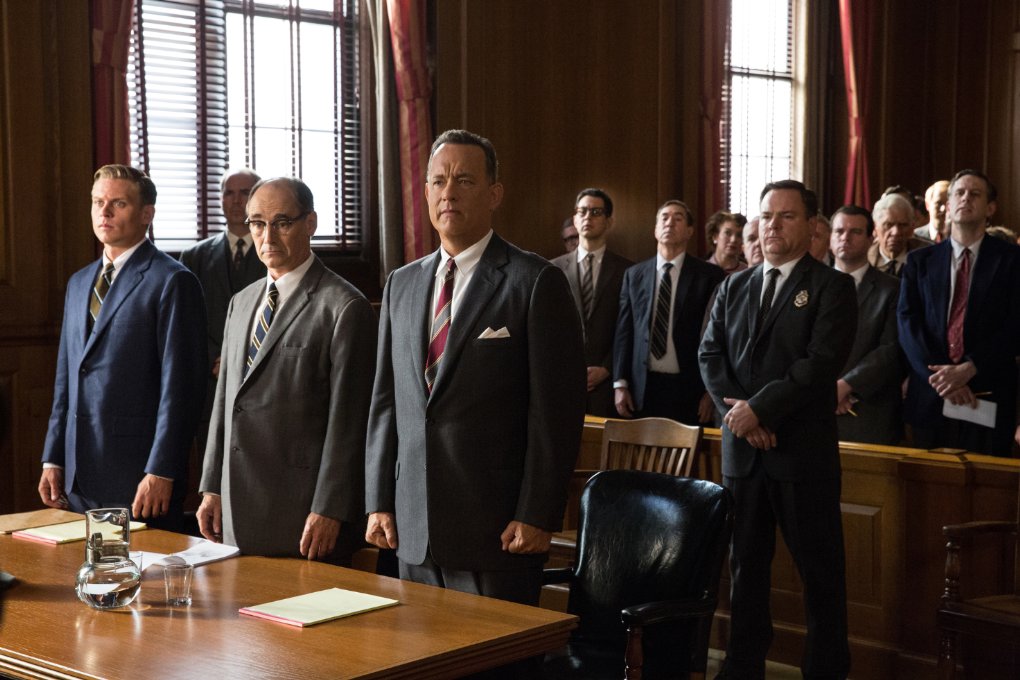 In a parallel storyline, Bridge of Spies introduces CIA pilot Gary Powers (Austin Stowell), who commands a US spy plane on a mission high over Soviet territory. He is given strict instructions that, if the aircraft is compromised and in danger of falling into enemy hands, he is to hit the self-destruct. He is also given orders about the conditions under which he is to end his own life. He fails in both regards and is captured by the Soviets. The CIA, concerned about the top secret information Powers might divulge, asks Donovan to broker a prisoner exchange: Powers for Abel. This requires the lawyer, who is sick with a cold, to travel to Berlin and meet with KGB and East German officials in circumstances that could best be described as precarious.

Although the screenplay is co-credited to the Coen Brothers, it's a strangely straightforward story with little of the quirkiness one often associates from the Oscar-winning duo. Their off-kilter sense of humor comes across in some of Hanks' lines (consider his response to a CIA agent when he's in a phone booth) but the finished project would seem to lean heavily toward the pen of Matt Charman. Spielberg's recreation of 1960s Berlin is exemplary but there are times when his approach is surprisingly heavy-handed. In particular, instead of going for something subtle, he opts to use a sledge-hammer approach in contrasting what appears outside train windows when traveling in Berlin and New York. The misstep is small but strident. 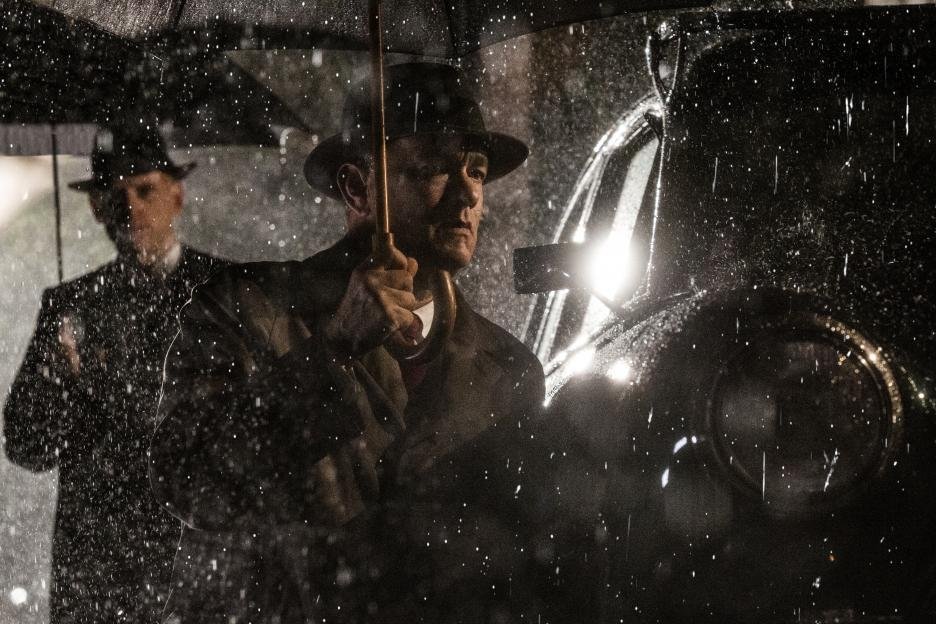 The spy aspects of Bridge of Spies are handled effectively, although Donovan's situation isn't as dire as what we have become accustomed to in other Cold War thrillers set in Berlin. There's tension but it's not suffocating. Even when Donovan is incarcerated, we don't believe his situation to be perilous. That's because, no matter how loudly the U.S. government denies that he's their agent, he's playing a game with rules and the other side is as bound by them as he is. In the end, Bridge of Spies is more about the mechanics of how the deal gets done than it is about watchers skulking in the shadows and people disappearing into the night.

Tom Hanks has grown into this sort of role.  It's that of a grizzled warhorse who is fueled by equal parts cynicism and idealism. He's a good man who recognizes that might not matter much. Amy Smart (as Donovan's wife) and Sebastian Koch (as the East German lawyer who becomes involved in the negotiations) provide solid support. But the real standout is Mark Rylance whose turn as the meek, composed Abel compels the viewer’s attention. His quiet performance steals scenes away from Hanks and everyone else.

A more tightly focused screenplay might have resulted in a leaner, more riveting motion picture. Perhaps by attempting to tell the entire story from Donovan's first to last involvement results in an arc that is difficult to manage. Bridge of Spies is an engaging mid-Autumn recollection of an era that is increasingly viewed through the tinted glasses of nostalgia. However, despite the pedigree of those involved, it would be surprising to see this emerge as one of the season’s great successes.