As a romance, a drama, or even a sports movie, The Longest Ride never reaches a satisfying destination. With its confused, sometimes-contradictory themes and scattershot love story aspirations, the film never gains traction on the shifting sands of its premise and fails to achieve even the less-than-lofty pinnacle of sudsy melodrama. The thinly-drawn characters sit at the nexus of the problem but they aren't helped by liberal doses of bad dialogue, wooden acting, and pointless narrative progression. The Longest Ride is a bore and, because the filmmakers for some reason believed it necessary to stretch this out for more than two hours, a prolonged one. 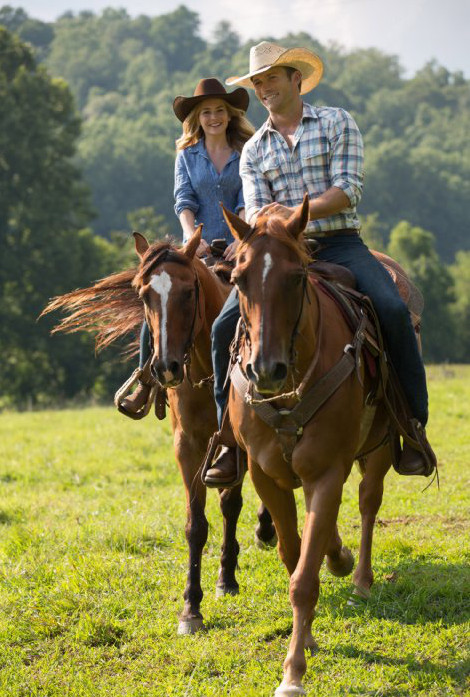 Like most movies based on Nicholas Sparks novels, this one is about people meeting, falling in love, then encountering  difficulties in the relationship. Sparks deals in clichés, which isn't unusual for the genre, but his books work primarily because, no matter how familiar the brush strokes may be, the characters are vividly depicted. The movies have varied from insipid (Night in Rodanthe) to affecting (The Notebook, Message in a Bottle). The Longest Ride is among the worst, primarily because it leaves anything compelling behind on the written page. What makes it to the screen struggles to work on even the most basic level.

Not content to present just one love story, The Longest Ride offers two of them - one set in contemporary times and the other in the 1940s (with the latter unfolding as present-day characters read a series of old letters - a device that works infinitely better in a book than on-screen). The movie gets an injection of "sports movie" adrenaline (presumably to offset the sleep-inducing impact of the other elements) by having bull rider Luke Collins (all-around hunk Scott "Son of Clint" Eastwood) pursue a comeback after a horrific injury. Along the way he falls in love with art student Sophia Danko (TV actress Britt Robertson). They "meet cute", make goo-goo eyes at one another, and have PG-13 sex. But they're from different worlds - he loves the country and ranches, she loves New York and galleries. We're headed into Green Acres territory until the guy from M.A.S.H. shows up.

Alan Alda plays Ira Levinson, who is introduced when Luke and Sophia save his life after he crashes his car. Luckily for the movie, which clocks in at about an hour when focused on the Luke/Sophia romance, Ira wrote a lot of letters during the 1940s, when he (played in the flashbacks by Jack Huston) and his eventual wife Ruth (Oona "Granddaughter of Charlie" Chaplin) "meet cute", makes goo-goo eyes at one another, and have PG-13 sex. To further pad out the length, we get a WWII battle scene (which looks like WWI trench warfare) and an aftermath that suggests true love can cure PTSD. 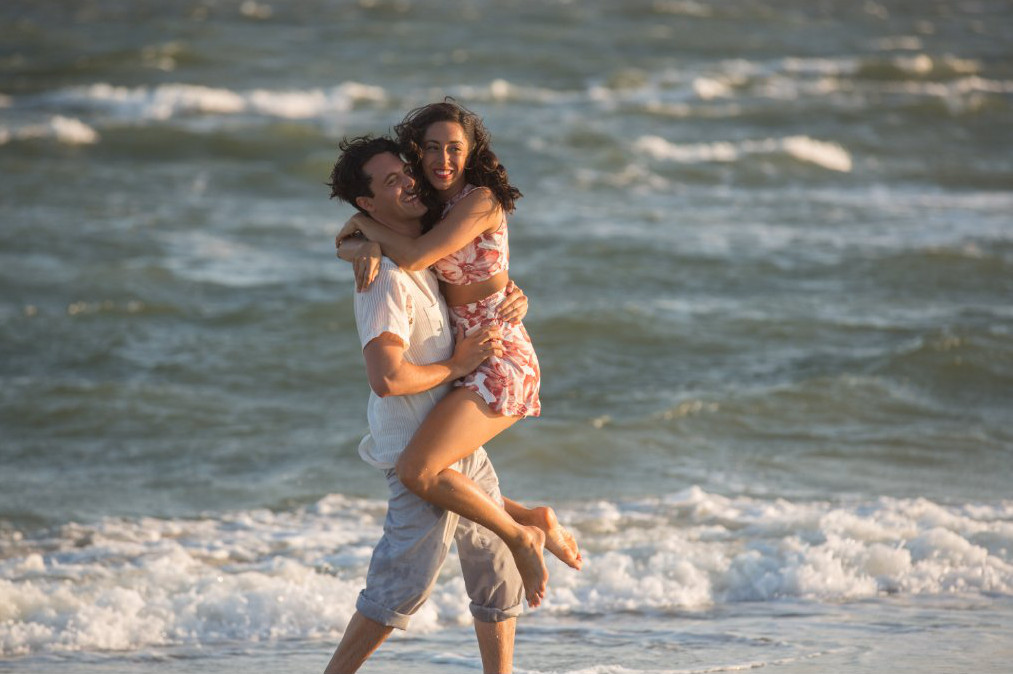 The idea is that we're supposed to care equally deeply about the Luke/Sophia and Ira/Ruth pairings. The reality is that by crisscrossing back and forth through time with characters that have no tangible connection to each other, the film undercuts our ability to care about the marginally better developed modern couple. Ira and Ruth never come to life. Their scenes feel like filler, the actors share no chemistry, and the narration is awkward. (Who writes letters reminding a loved one in detail of how they first met?)  and Sophia are left skirting the 1940s segments, trying to work out their problems.  There's just not enough screen time for them to develop beyond the level of a generic screen couple.

There's an anachronistic aspect to The Longest Ride that makes its box office viability questionable. Certainly, Nicholas Sparks' involvement guarantees a certain level of success but with the target demographic of young women increasingly drawn to more racy material like 50 Shades of Grey, can a "soft" PG-13 romance survive? This isn't even a good PG-13 romance; it's long, confused, and doesn't tug effectively on the heartstrings. It evokes the theme of sacrificing for love only to betray that theme at the end. To say this long ride is bumpy would be to understate how uncomfortably tedious the trip is.