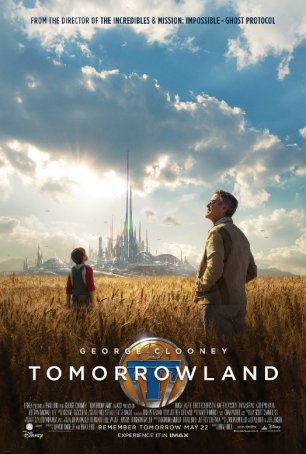 Tomorrowland is an interesting collage of moments and ideas in search of a strong narrative and a coherent ending. For a while, it doesn't matter that the plot meanders. The story seems like a jigsaw puzzle inviting us to solve it. That's the fun part. However, when the resolution is presented, it underwhelms. And, by the time two Rockem Sockem robots go at it, it has become apparent that the filmmakers don't quite know how to bring this odyssey to a satisfying conclusion. The final scenes don't make a lot of sense and transform what's an otherwise imaginative motion picture into another summer disappointment. 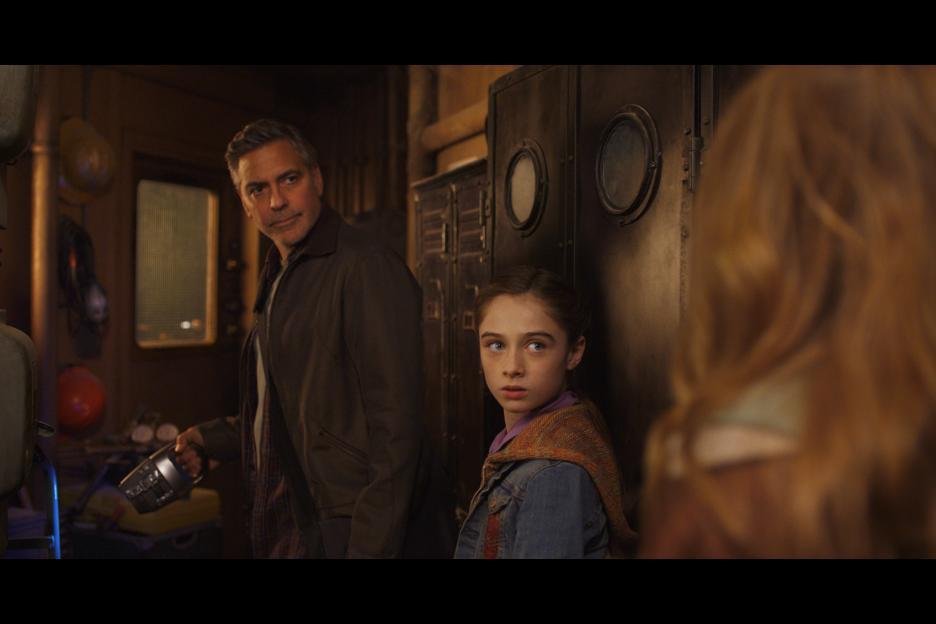 This is more art house film than mainstream fare, although a few action scenes have been added to increase the multiplex appeal. At its heart, however, Tomorrowland is a meditation on how humanity's views of the future are in a state of constant flux. It focuses on our unending affair with the apocalypse. The concept of mass extinction doesn't frighten us; it forms an entertainment cornerstone. In the end, the movie is about saving humanity from itself and convincing us that Armageddon isn't an inevitability.

It takes about 30 minutes before we're able to start piecing together the fragments of the story writer/director Brad Bird and his co-scribe Damon Lindelof provide us with. The young, bright-eyed, inventive boy we first meet at the World's Fair in 1964 has grown up to become the disillusioned inventor Frank Walker (George Clooney). He has seen the future and knows with 100% certainty that it's bleak. Offering a counterpoint to Frank's worldview is Casey Newton (Britt Robertson), who refuses to take off her rose-colored glasses. She believes in hope, light, and the promise of a better tomorrow. Both Frank and Casey visit the amazing world of Tomorrowland - a utopia for scientists and idealists that exists in another reality - but at different times and for different reasons. Casey is desperate to go back and Frank never wants to return. The only thing the two of them have in common is an android girl named Athena (Raffey Cassidy) who intuits that the fate of the world rests with them both. 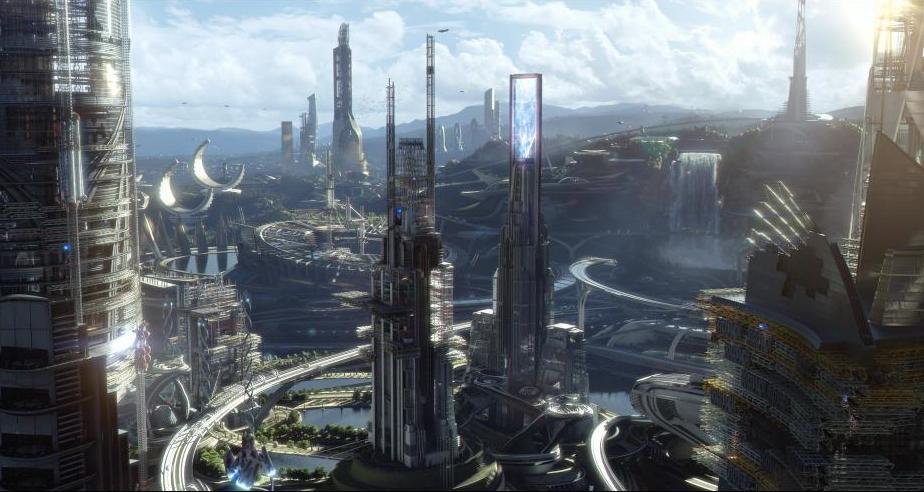 Perhaps I have arrived at this realization later than everyone else, but I don't think Lindelof (Lost) knows how to end things. For most of its running length, Tomorrowland is a sublime science fiction experience. The visuals are impressive, the mystery keeps us involved, and the characters are likeable.  There are some minor issues - the film tries a little too hard to explain unexplainable things like time travel (tachyons) and the relationship between Frank and Athena could have been explored more deeply - but I was enjoying the ride… until the final fifteen minutes. I can't exempt Bird from the criticism but his previous track record is solid; I was expecting more from the director of such fine movies as The Iron Giant, The Incredibles, and Mission Impossible: Ghost Protocol.

Steven Spielberg's influence permeates Tomorrowland. This is the kind of movie a younger, pre-Schindler's List Spielberg might have made. It's more Hook than Close Encounters, but there's little doubt what Bird was aiming for; as homages go, this one's not as successful as J.J. Abrams' Super 8. The Disney halo is also in evidence. Not only is the film named after one of The Magic Kingdom's most popular areas (although any connection beyond the title and a few visual cues is tenuous), but there are plenty of references to Disney's newest property (Star Wars). 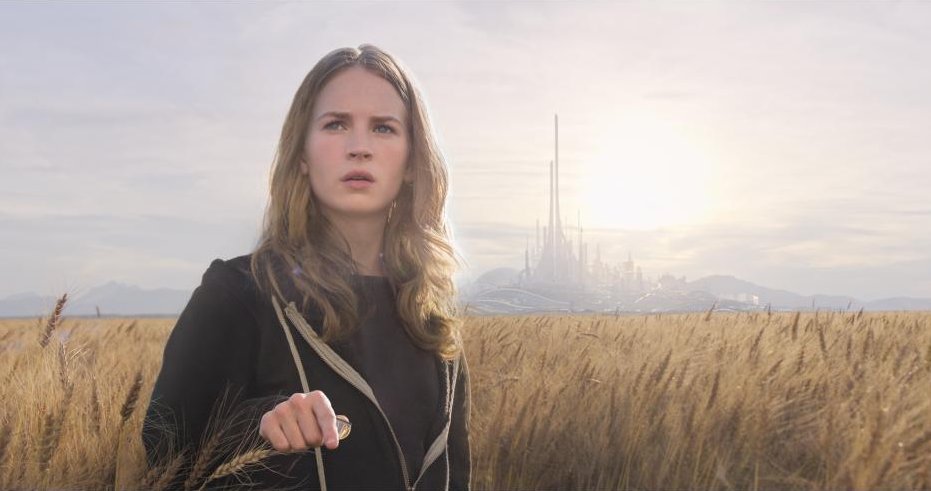 George Clooney slides into a role that perhaps only he and Tom Hanks could play with such seeming effortlessness. We instantly like him because he's George Clooney even though Frank is a bit of a curmudgeon. The film doesn't require much in the way of acting from Clooney; his reliable presence is enough. Britt Robertson impresses more here than in her recent Nicholas Sparks appearance. Raffey Cassidy, a young British actress with (mostly) TV experience, has no trouble holding her own in scenes with Clooney. Vestiges of House cling to Hugh Laurie in his role as Tomorrowland's Governor Nix.

It almost pains me not to recommend Tomorrowland. The movie is unlike most mass produced films. Its approach is unhurried and the tone finds a pleasing mix of whimsy, humor, and seriousness. It touches on childhood nostalgia and brings a smile to our faces as we consider the inaccuracies of an earlier generation's prognostications about the future. It's unfortunate, however, that the same care wasn't put into the final 20 minutes that was lavished on the first 110. That failure makes Tomorrowland more frustrating than bad, but a disappointment nevertheless.