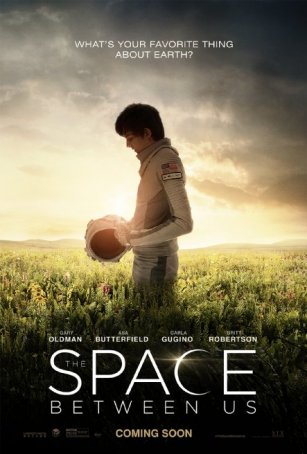 The Space between Us is what it looks like when a promising premise is betrayed by a dumbed-down, hackneyed screenplay. Instead of developing this movie as a coming-of-age story of the first Earth-conceived child born on another planet, the narrative focuses on a generic road trip between opposites whose initial wariness blossoms into love as they rumble around the western United States (circa 2034) in a variety of stolen cars. The Space between Us misses countless opportunities to investigate interesting avenues, instead preferring to remain on a YA-influenced track that becomes increasingly artificial as it careens toward its conclusion.

Although the early parts of the movie recall The Martian (and fail on almost every point of comparison), the eventual story hews closer to teen cancer movies like Me and Earl and the Dying Girl (and fail on almost every point of comparison). The Space between Us can’t seem to figure out what it wants to be. The movie speeds through the fertile territory of extraterrestrial exploration and what it means for Gardiner Elliot (Asa Butterfield) to be a Mars-born orphan growing up amongst scientists and astronauts. Why is Gardiner alone? His mother, Sarah (Janet Montgomery), was the mission commander of the first Mars colonization mission. Two months into the interplanetary trip, she discovers she’s pregnant. She gives birth shortly after reaching Mars then dies. This leaves Gardiner alone with a robot as his best friend and a scientist named Kendra (Carla Gugino) as his surrogate mom. 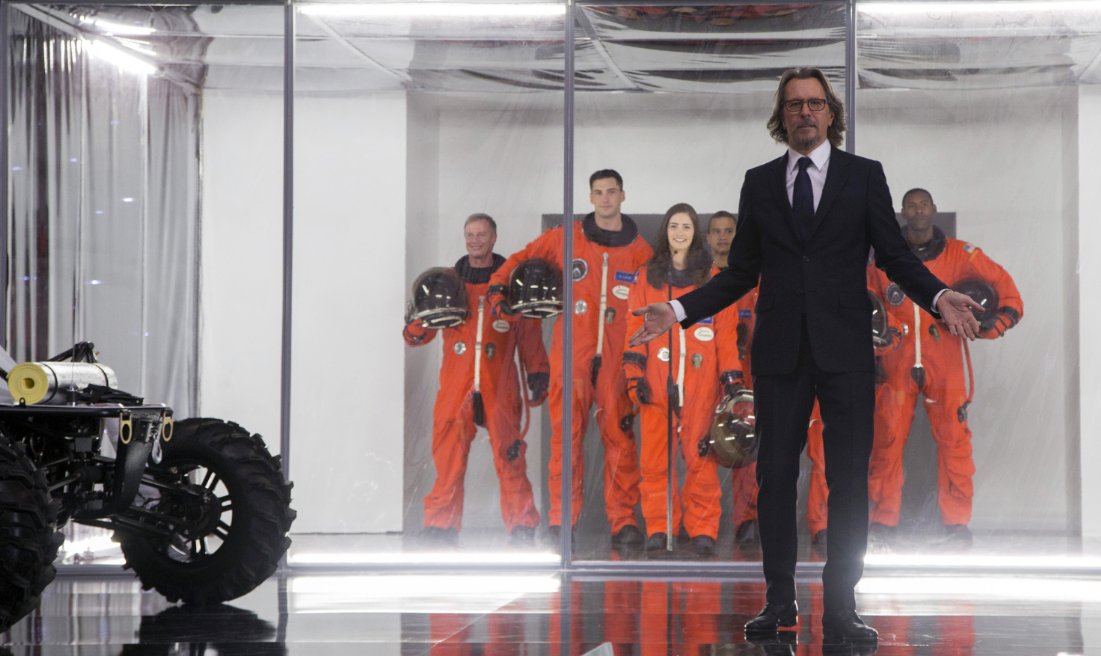 The bulk of the movie transpires in 2034; teenage Gardiner wants to visit Earth. Beyond a natural curiosity about the planet of everyone else’s birth, he has two concrete reasons for wanting to make the trip: he has a burning desire to locate his father and he craves the opportunity for a face-to-face meeting with his video conference-pal Tulsa (Britt Robertson), a tough, savvy loner. Doctors are divided about whether Gardiner can survive on Earth with its different atmosphere and gravity. Mission director Nathaniel Shepherd (Gary Oldman) is against the boy making the trip but he is overruled and, following an operation to strengthen his bones, Gardiner makes his first visit to Earth.

Most of The Space between Us focuses Gardiner and Tulsa’s relationship as they take a trip to locate Gardiner’s father. Since Gardiner has escaped from his “handlers”, they are on the run. Short on cash, they are forced to trade and steal. They fall for each other rather quickly (although one can assume their long video-chatting history contributes to this) and, when Gardiner’s health begins to fail, Tulsa becomes committed to helping him complete his quest regardless of the consequences.

Speaking of those video conferences…this is one of The Space between Us’s biggest science-related gaffes. It’s not the only one but it is the most egregious and it’s made all the more obvious because the issue of Earth-to-Mars communication was a significant plot point in The Martian. Radio waves travel at the speed of light. The time differential between Earth and Mars varies from about 4 minutes to 24 minutes (depending on the relative positions of the planets). Communication cannot be instantaneous; in fact, two-way interaction would at minimum require an eight minute delay between sending and receiving. This transforms every conversation between NASA and the astronauts (not to mention Gardiner and Tulsa) as represented in The Space between Us into pure fantasy. This is either an example of screenwriters who are ignorant of science or too lazy to incorporate reality into the script. 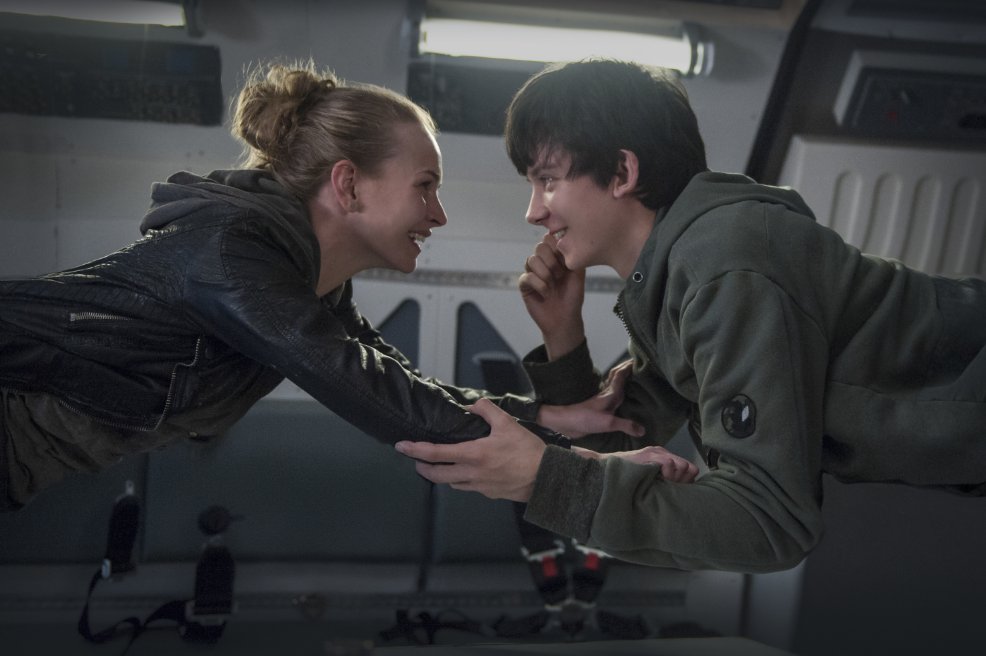 The movie contains its share of small charms but they are too few and far between. There are fish-out-of-water elements (presented in a way that echoes the long-forgotten 1999 film, Blast from the Past) and a romance. Although these are presented competently, they can’t distract from how little the movie has built on its foundation. Road trips and teen cancer movies are a dime a dozen. Stories about Martian orphans are not.

The performances of leads Asa Butterfield and Britt Robertson are solid; both actors find the cores of their characters and convey them. Their chemistry is fitful with time constraints interfering with the movie’s ability to make us believe in the sincerity and depth of their romance. Love stories like this need time as much as dedication and The Space between Us has too many things going on for it do any of them well. If there’s a disappointment in the cast, it’s Gary Oldman, who starts out fine but resorts to histrionics and scenery-chewing toward the end.

I could see The Space between Us working as a mini-series or a novel (provided the time delay issue is addressed rather than being ignored) but there are too many ingredients for this to bake into something palatable in two hours. The film is more likely to cause frustration than satisfaction because, although it offers something for everyone, there’s not nearly enough of anything for anyone.