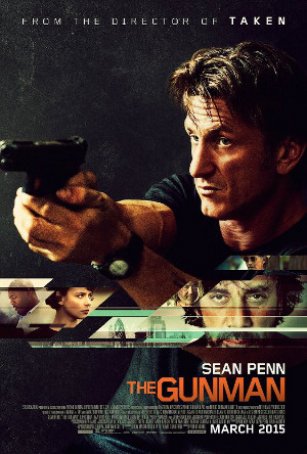 If I was in the mood for an over-the-hill action hero, I think I'd go with Schwarzenegger. Or maybe Stallone. Or even Liam Neeson. I definitely wouldn't pick Sean Penn. Granted, the two-time Oscar winner has an impressive resume, but he's not the kind of actor you associate with the guilty pleasure represented by a 2015 action film. His work in The Gunman does nothing to disprove the assumption. Penn is dour and not the least bit heroic in this movie. He survives the action sequences but neither they nor his participation in them gets the blood pumping. And the movie wallows in remorse. Not only is the main character paralyzed by it but the filmmakers seem to believe that every Caucasian member of the audience should face up to White Guilt for the way in which the Industrial World has encouraged unrest in Africa so resources could be strip-mined. How's that for an uplifting action movie premise? 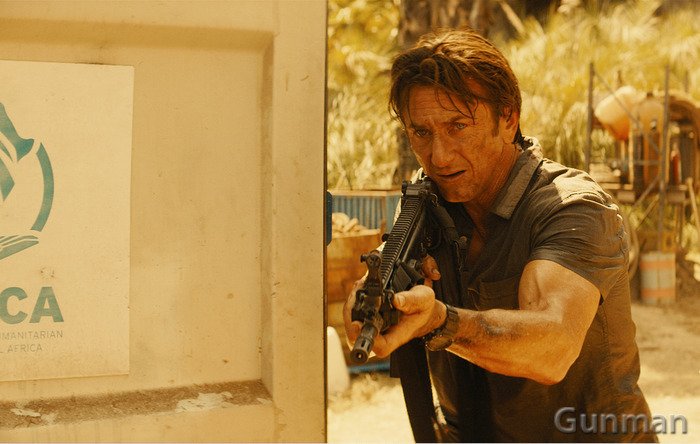 Still, there are grim thrillers that work on their own terms. For example, First Blood wasn't a barrel of laughs. The problems with The Gunman relate less to its political backstory that the lackluster narrative and generic action scenes. This is a talky movie; it takes forever to explain what's going on and even longer to get into the meat of the story. How many times did I check my watch during the first half-hour? Once we're there, the film makes little effort to get us to care about the characters. Most are only around for a few scenes. Respected actors like Idris Elba and Ray Winstone have less than seven minutes of screen time each. Javier Bardem fares a little better (although not much) but his character of Felix spends the entirety of his appearance drunk and/or engorged with jealousy. The person with the second-most time in front of the camera is Jasmine Trinca, who plays Annie, a distressingly traditional damsel-in-distress. Penn, meanwhile, trudges through the movie like he's too good for the material.

The action transpires in the war-torn Congo where, in 2006, assassin Jim Terrier (Penn) canoodles with Annie, the love of his life, before going out with his gang to kill the Minister of Mining, who's making life difficult for the corporation signing Jim's paycheck. After an eight year separation from Annie made necessary by his status as an international fugitive, Jim finds his way back to her only to learn that his ex-employers are looking to whitewash their past by eliminating those who did unsavory work for them. So Jim and Annie end up on the run in Barcelona avoiding hit men and assorted thugs while trying to find a way out of a situation with no apparent escape hatch - until the arrival of the treehouse-builder from Interpol, that is. 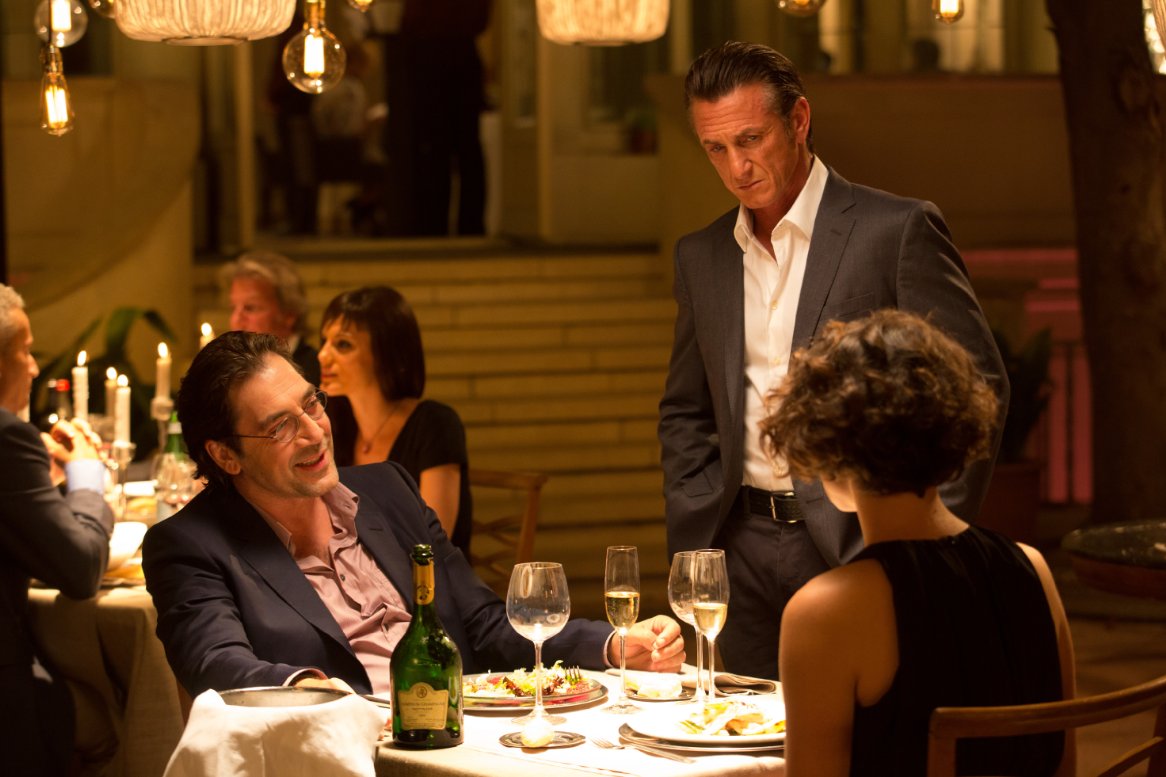 In between long, convoluted conversations, there are some action scenes. In one, Penn faces off against a group of machete-wielding attackers who are intent upon disturbing his humanitarian efforts. Later, he and Annie are cornered by a cadre of well-armed home invaders who do just enough stupid things to let their quarry get away (they find that when you play with fire, you get burned). The finale features a rampaging bull with no china shop in sight. Generally speaking, the action scenes are competently filmed but they lack energy and urgency. They're obligatory: "Quick, maybe the audience is about to fall asleep - let's shoot and machete a few people to wake them up!"

The Gunman's director is Pierre Morel, the former cinematographer who transformed Liam Neeson from a respected thespian into a kick-ass action hero in Taken. The career boost has allowed Neeson to continue to make "prestige" films while fattening his bank account with popcorn roles. Morel apparently saw an opportunity for lightning to strike again but, although Penn has more Academy Awards than Neeson (two to zero), he lacks the bigger man's charisma. It's tough to say whether Penn might have been able to achieve the transition with a script less determined to alienate as much of the audience as possible but The Gunman is definitely not the right vehicle.