There's a skill to adapting a novel that not all filmmakers have. This is especially evident if a book is not inherently cinematic and requires more "massaging" to shape it into a form capable of fitting comfortably into a two-hour time slot.  Child 44 is a victim of poor adaptation. It is beset by problems related to flow and coherence; the narrative is confusing, the characters are provided with inadequate time for development, and dead-end subplots abound. In trying to be faithful to the complexities of Tom Rob Smith's well-regarded novel, screenwriter Richard Price provides a murky, scattershot script. The movie hints at a riveting story but is incapable of delivering it. 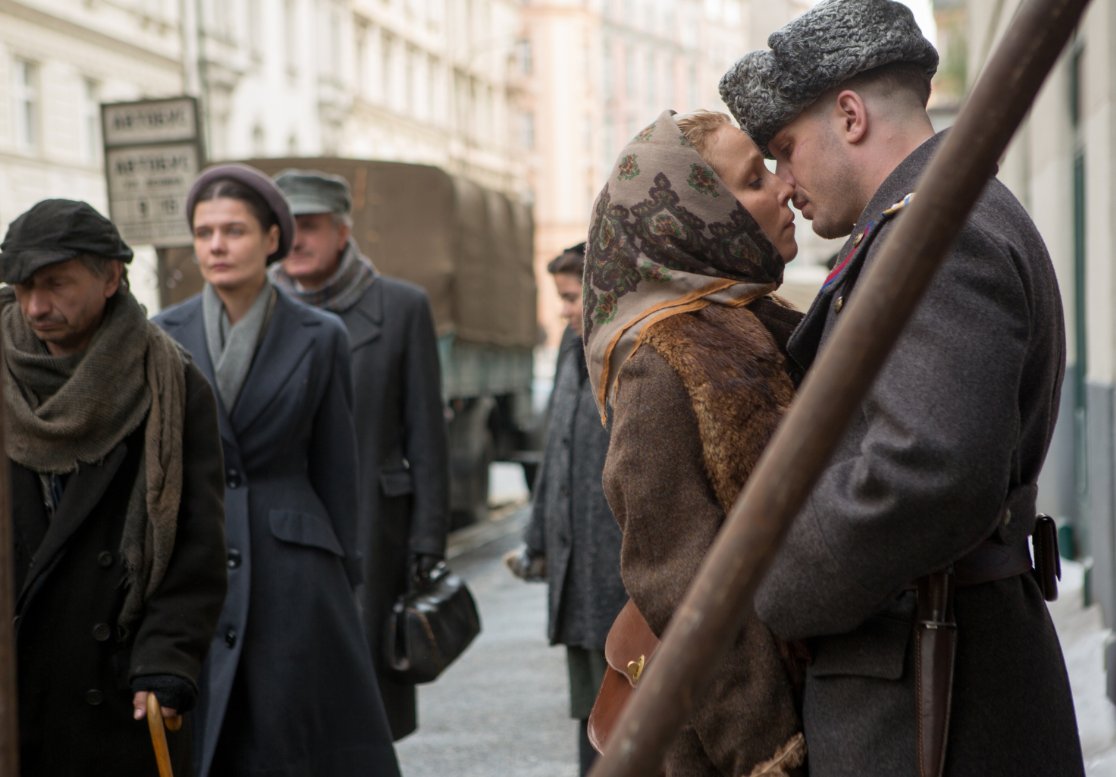 Perhaps things might have been different if Ridley Scott had directed (as originally planned) instead of taking a producing role and handing the reins to Daniel Espinosa (Safe House).  We'll never know how a Scott version of Child 44 would have turned out, but Espinosa's is a mess. Perhaps the result is because too much was cut to get the length down to a still-long 137 minutes.  Perhaps there were too many sacred cow subplots the filmmakers were unwilling to elide. Whatever the case, the final product is more frustrating than satisfying, especially since there are some nicely crafted sequences that hint at what could have been.

Tom Hardy plays former MGB Agent Leo Demidov, who is tasked with investigating a series of grotesque child murders in Stalin's USSR. Opening scenes introduce us to Leo as a young man who gains hero status at the end of World War 2 when he is photographed raising the Soviet flag over captured Berlin. His fall comes several years later when he refuses to denounce his wife, Raisa (Noomi Rapace), after she is accused of "unpatriotic" activities. His punishment is exile. While eking out an existence far from Moscow, Leo and his new commanding officer, General Timur Nestero (Gary Oldman), begin to explore the possibility that several seemingly unrelated child murders might be the work of a single man. For Leo, the investigation becomes a race against time as several of his former MGB colleagues determine that the best service he could provide to the USSR is to die anonymously.

Today's Russian government has disputed the authenticity of Child 44's depiction of the Soviet Union in the early 1950s, although it is in keeping with the commonly held Western perspective of the era. The movie spends too much time exhuming cultural relics to the detriment of the main plot - there are times when Leo's investigation seems hurried and is shoehorned into a larger story about corruption in the MGB (a predecessor of the KGB). The movie is unable to effectively meld its three main narrative strands: the investigation, Leo's struggles with the MGB, and the husband-and-wife relationship between Leo and Raisa. 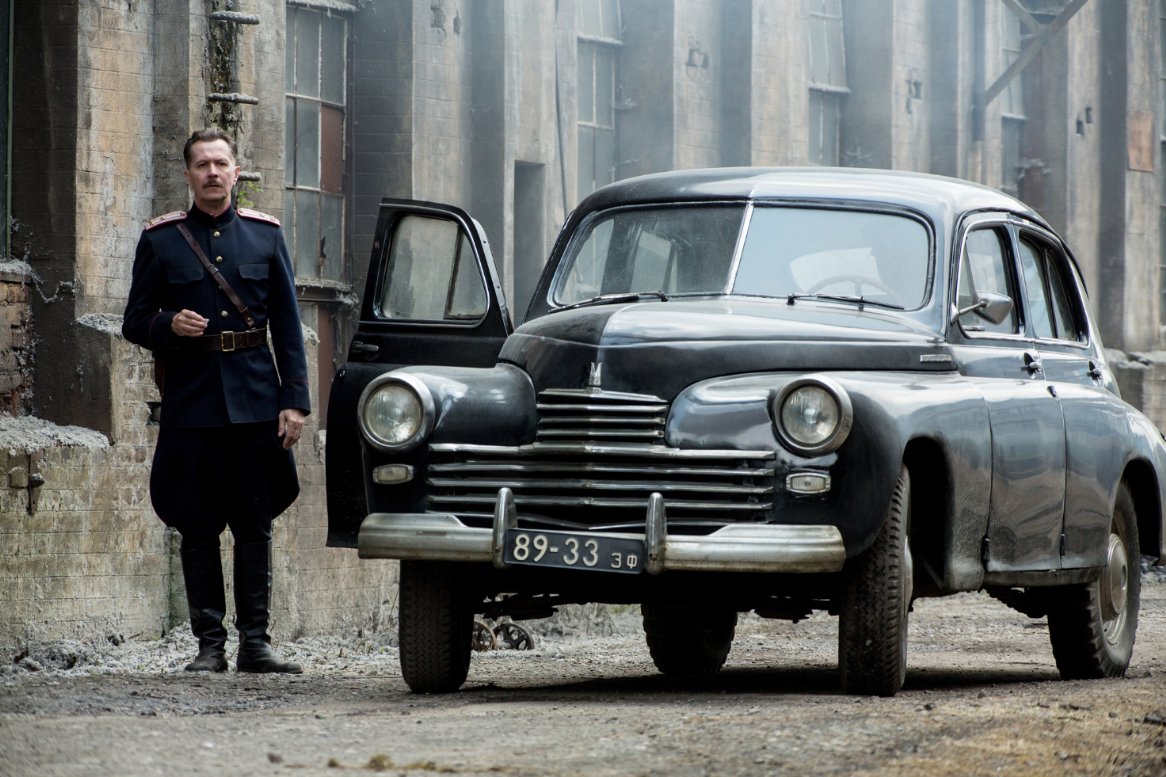 The acting is adequate although the accents can be distracting. Tom Hardy lumbers his way through the role without displaying much in the way of emotion. Gary Oldman is underused, appearing in only a handful of scenes before disappearing unceremoniously for the final third of the film. Paddy Considine has the unenviable job of playing the serial killer, although is total screen time is less than ten minutes and the resolution to his part of the story is anti-climactic.

Espinosa's direction is as variable as the acting. He does an admirable job crafting an atmosphere of claustrophobic paranoia. 1950s Russia exists in a state of perpetual gloom (that Russian minister of culture Vladimir Medinsky likened it to "J.R.R. Tolkien's Mordor"). However, the fight scenes are filmed with a constantly shaking hand-held camera that obscures the action and one in particular is unintentionally comedic because of a mud-wrestling element.