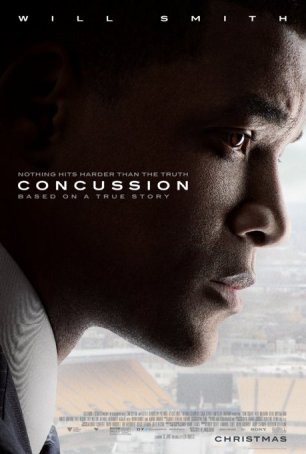 Regarding a concussion as a serious brain injury is a relatively recent phenomenon. For many years, “getting your bell rung” (as the expression goes) was something people were expected to shrug off. For sports, the fix was to take a couple Aspirin and get back on the field. This attitude led to a whole generation of football players who, long after their gladiatorial days were over, developed symptoms of what would become known as CTE (Chronic Traumatic Encephalopathy). When Dr. Bennet Omalu (Will Smith) discovered CTE while performing an autopsy on former Pittsburgh Steelers’ center Mike Webster (David Morse), his findings rocked the sports world. Only after many years of Big Tobacco-like denials was the NFL forced to acknowledge the dangers of concussions and implement “protocols” to address (however imperfectly) the associated health issues. The problem is fundamental: as long as there is football, there will be concussions and as long as there are concussions, the danger of CTE lurks.

Concussion doesn’t have an answer to this conundrum. Over the course of about two hours, Omalu identifies the disease and its root cause but, short of banning football (something that will never happen), there isn’t a solution. In a recent New York Times op-ed, the real-life Omalu stated that he doesn’t believe anyone under 18 should be permitted to play high-impact contact sports. To the extent that the film, directed by Peter Landesman after having been helped to the screen by Ridley Scott, explores the research that has led Omalu to take this extreme position, it’s a fascinating and compelling piece of drama. Concussion’s problems, however, lie in its unwillingness to follow Spotlight’s approach and focus on the procedural aspects of the story. Inferior, extraneous elements - Omalu’s romance with his eventual wife, Prema (Gugu Mbatha-Raw) and a rivalry with a fellow pathologist - clog up the narrative and reduce the movie to a generic man-against-the-system struggle. 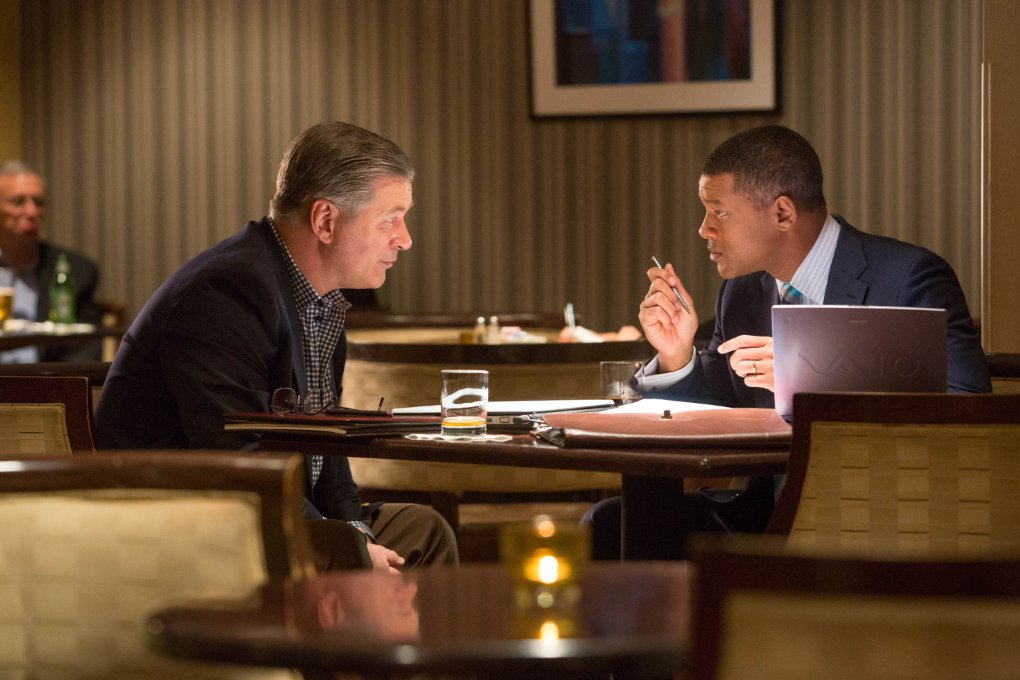 Will Smith gives his all in a role that requires him to undergo a subtle physical transformation, adopt a credible Nigerian accent, and provide a controlled, modulated performance. It’s an effective portrayal although whether it’s Oscar-worthy has yet to be determined. There’s also subtle irony at work here. Next to football, the sport with the highest incidence of CTE is boxing and, in a previous part, Smith played one of the world’s best known champions of that sport, Mohammed Ali.

Although this is primarily a one-man show, some familiar names show up to provide Smith with solid support. Albert Brooks (as Dr. Cyril Wecht) and Alec Baldwin (Dr. Julian Bailes) play the two doctors who stand side-by-side with Omalu and absorb some of the missiles flung at him. Although David Morse, playing the CTE-impaired Webster, doesn’t have a large amount of screen time, his performance illustrates the effects of CTE. The only obvious miscasting is Luke Wilson as Roger Goodell. Wilson looks nothing like the NFL commissar and his portrayal is flat. 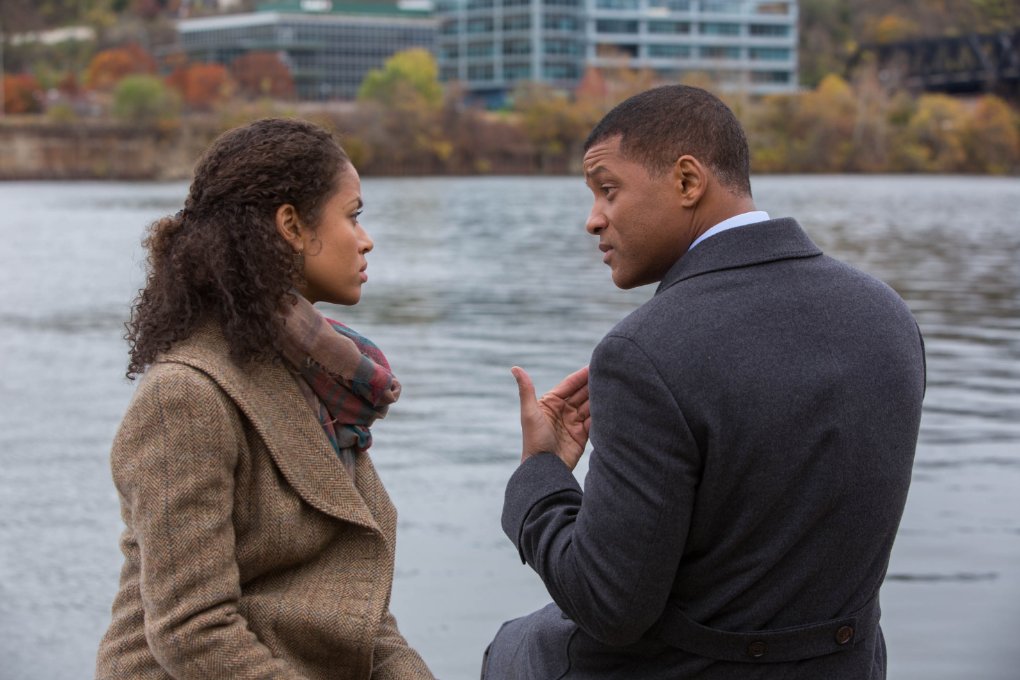 Concussion’s dramatic core is solid and its unwillingness to sugarcoat the NFL’s tactics is likely to raise some eyebrows. When it comes to how the league employed a campaign of disinformation, bullying, and obfuscation to protect their product at the cost of human lives and health, they’re not much different from tobacco or asbestos companies. Concussion argues that it wasn’t just a case of the NFL sticking its head in the sand but that it actively worked against Omalu, demonizing his efforts and defaming him.

When Concussion stays on point, it’s as riveting as any movie about a crusader taking on a massive, corrupt organization. But Concussion has about 15 minutes of material that appears to have been fused into the script in a failed attempt to make the lead character more human. Had these scenes been better written, they might have worked but they feel like they were co-opted from a made-for-TV biopic. They distract rather than enhance. On balance, however, Concussion is to be congratulated. Landesman appears not to have been intimidated by the Teflon giant he’s targeting and the movie makes valid points about how corporate greed will always trump the concern for people’s safety and well-being. Concussion isn’t always brilliant but it’s compelling enough that the lesser scenes are easily ignored.