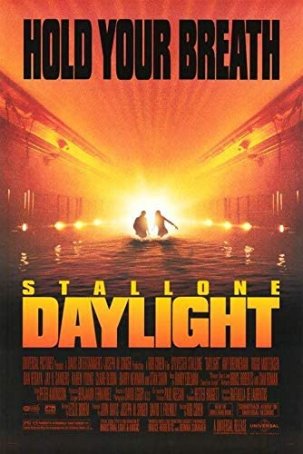 Daylight is an action picture without a villain. Frankly, it doesn't have much of a plot, either. Or characters, for that matter. In fact, the so-called dramatic elements of this movie are so shaky that you wonder if the filmmakers spent all of their money on a star (Sylvester Stallone, who reportedly got about $20 million) and special effects, then sort of made up the script as they went along. This is the kind of effort that would make Irwin Allen proud. An out-of-control car zipping through the Holland Tunnel crashes into a truck carrying toxic waste. There's an explosion of cataclysmic proportions that causes both ends of the tunnel – in New York and New Jersey – to collapse. Although almost everyone inside is killed, there are a few survivors. But the air is running out and water, seeping through the crumbling walls, is rising. Where's John McClane when you need him?

Although Bruce Willis is nowhere to be found, Sylvester Stallone is on hand. He plays Kit Lauria, the former head of New York City's Emergency Medical Services who has been driving a limo since his forced resignation. Now, because he's on the scene when the disaster occurs, he becomes involved. Ultimately, that participation puts his life in jeopardy as he decides to navigate his way through a series of huge fans and enter the tunnel to help the trapped victims.

When it comes to pyrotechnics, Daylight has the right stuff. The explosion at the beginning is truly breathtaking, rivaling anything that Twister’s tornadoes threw at audiences. Unfortunately, the film brings out the best it has to offer first. None of the other action sequences, which include floods, more explosions, and cave-ins, approach the level of spectacle offered by the initial flash-and-bang. As a result, it can be rightfully claimed that Daylight is anti-climactic. 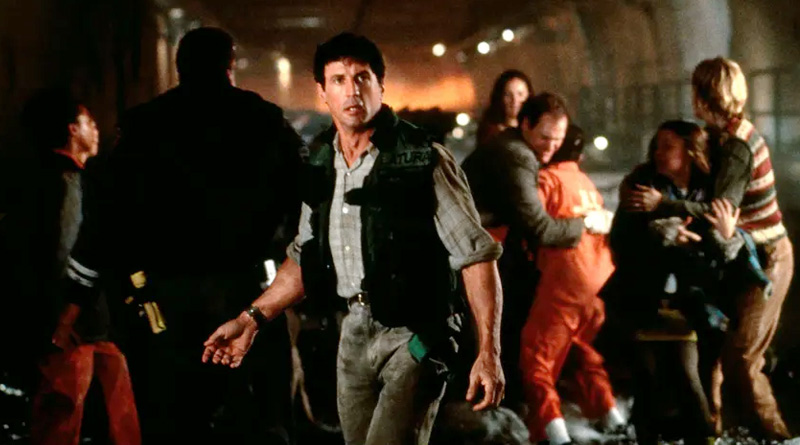 For the most part, however, the edge-of-the-seat moments accomplish what they intend to. This movie is at its best when it's in high gear, because the audience isn't tempted to think too deeply about the other aspects of the production, many of which are subpar. Adrenaline is nice, but it's all-the-more rewarding in movies like Die Hard and Speed, when there's a little more to go with it.

Director Rob Cohen shows a deft hand with the stunts, but he chokes on the numerous "character building" moments. Not that the script, credited to Leslie Bohem, is an asset. Most of the dialogue is poor, and some of it, including a ludicrous "raw oyster pep talk," is downright ridiculous. Daylight probably would have worked better if all the players had been mute. 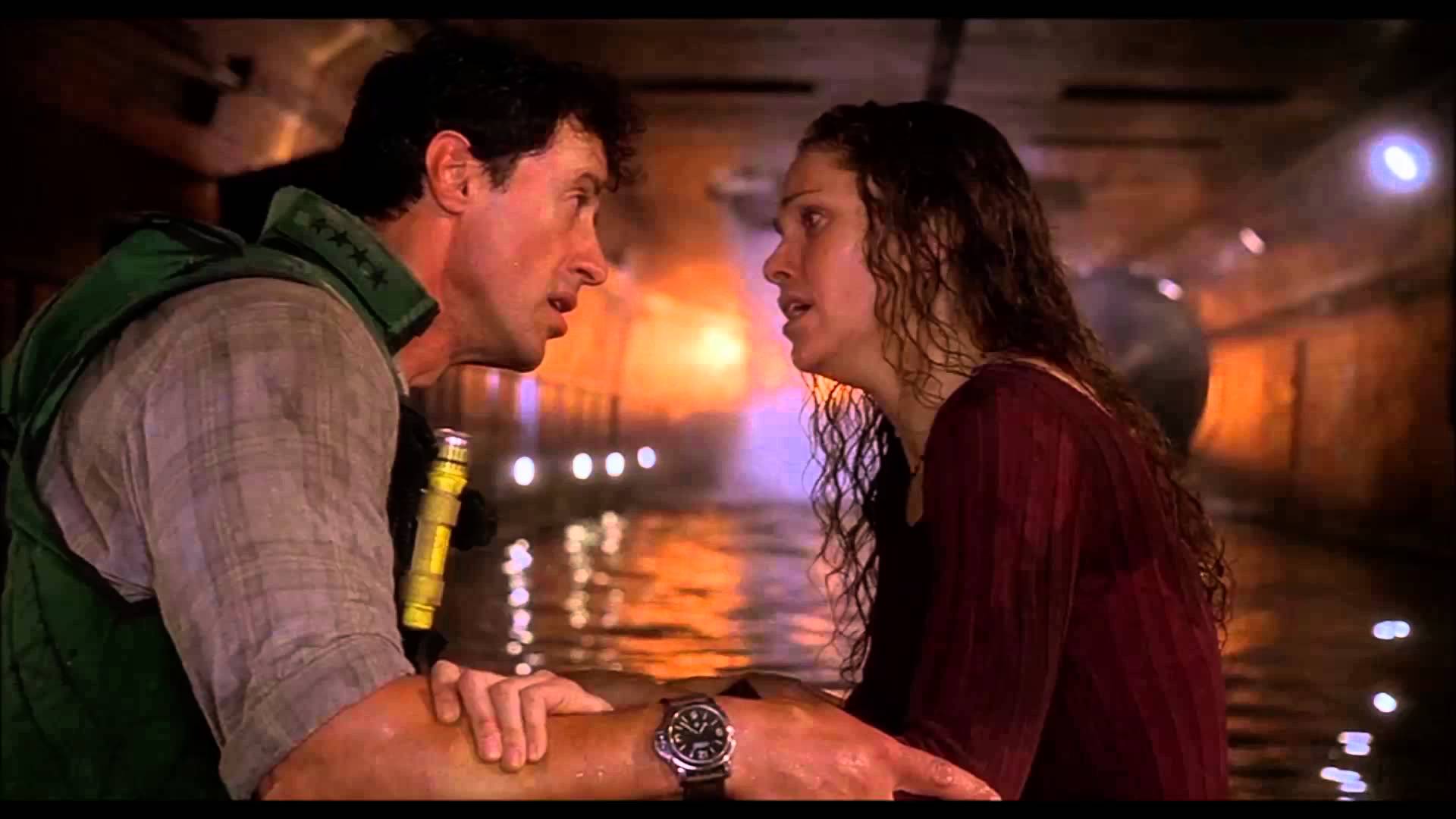 On top of that, there are too many incidental characters. Of course, they're all stereotypes, but each gets so little screen time that it's difficult to care about any of them. First of all, we have the requisite dysfunctional family – a mother (a shrill Karen Young), father (David O. Sanders), and daughter (Danielle Harris, who twice played one of Michael Myers' Halloween victims). There's also an elderly couple (Claire Bloom and Colin Fox), a group of convicts (one of whom is Stallone's real-life son, the late Sage Stallone), a failed writer (Amy Brenneman), and a cop (Stan Shaw). Viggo Mortensen (pre-Aragorn) has a brief appearance as a would-be action hero who can't quite get the job done. Then there's also the above-ground crew, which features about four recognizable faces (including Dan Hedaya and Vanessa Bell Calloway).

On the acting front, Stallone isn't all that bad. He's playing a flawed hero, and there are actually signs of the kind of emoting he did long ago in Rocky. Amy Brenneman has the Sandra Bullock role opposite Stallone's Keanu Reeves, although she can't quite match up to Bullock's star quality. Viggo Mortensen's brief time in the spotlight is enjoyable, particularly since the potentially-annoying character doesn't overstay his welcome. Of the others, no one stands out.

Although this film has more cracks than the collapsing tunnel, thrill-seekers in search of two hours of cinematic action will find that Daylight falls considerably short of being a disaster.