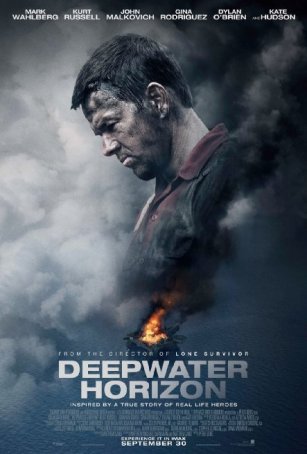 Despite the “based on a true story” label, Deepwater Horizon is structured not so much as a fictionalized chronicle of actual events as it is an old-fashioned disaster movie. Although the genre has recently been overrun by apocalyptic scenarios, Deepwater Horizon hearkens back to when disaster movies were more intimate affairs with double-digit body counts (think The Towering Inferno). While it might be easy to cry “exploitation!” here, the involvement of survivor Mike Williams blunts the charge. Additionally, the movie is respectful to all the characters except those who wear a BP name tag.

Although engaging, Deepwater Horizon ultimately offers a mixed bag of an experience. The setup is considerably better than the payoff, front-loading the experience. The main characters are well established and director Peter Berg does a good job building tension toward the historically inevitable cataclysm that kills 11 people and wrecks the drilling platform. After that, it’s all fire and chaos and there’s surprisingly little suspense as characters try to get escape the burgeoning conflagration.

Deepwater Horizon marks the second time in a month when a recent, real-life story of heroism is the focus of a major motion picture. Like Sully, the events related in Deepwater Horizon played out as the #1 story on the nightly news in the not-too-distant past. The explosion that reduced the Gulf of Mexico drilling rig to debris occurred on April 20, 2010 and was followed by a catastrophic oil spill that took nearly three months to cap. This movie is about the events of April 20, although the film’s waning moments acknowledge the environmental disaster that was to follow. 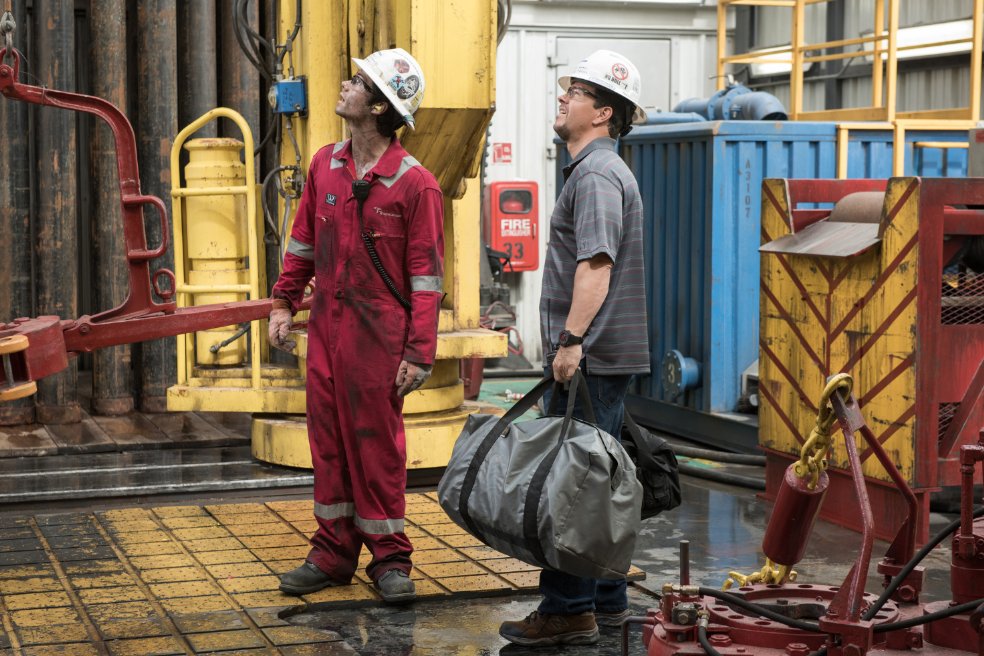 The protagonist is Mike Williams (Mark Wahlberg), a veteran worker who has just arrived on Deepwater Horizon for another tour of duty when things start going wrong. He barely has had time to change into his work clothes when the rig’s boss, Jimmy Harrell (Kurt Russell), is ordering tests over the objections of a sour-faced BP exec, Donald Vidrine (played with relish by John Malkovich). The Transocean employees who run the rig, including Andrea Fleytas (Gina Rodriguez), Caleb Holloway (Dylan O’Brien), and Jason Anderson (Ethan Suplee), are deeply concerned by some of the readings and indications they’re getting, but the BP guys, more concerned about the project being 43 days behind schedule than the red-zone pressure indications, force them to forge ahead. Then, as Mike is skyping with his wife (Kate Hudson) and Jimmy is taking a shower, all hell breaks loose.

As with most disaster films, it’s not enough for The Disaster to be the villain - there must be a person (or persons) to oppose the protagonist. In Deepwater Horizon, John Malkovich fills this role, although there’s an historical reason for the demonization of BP. Although by no means solely at fault for what happened, BP assumed the lion’s share of the responsibility after making safety a secondary concern to profit. There’s ample evidence that the disaster could have been mitigated (if not avoided altogether) had BP advocated a measured approach. Malkovich makes a deliciously nasty devil so his neutering around the movie’s midpoint (he’s hardly in the second half) plays into the diminishing entertainment value of the final 45 minutes. 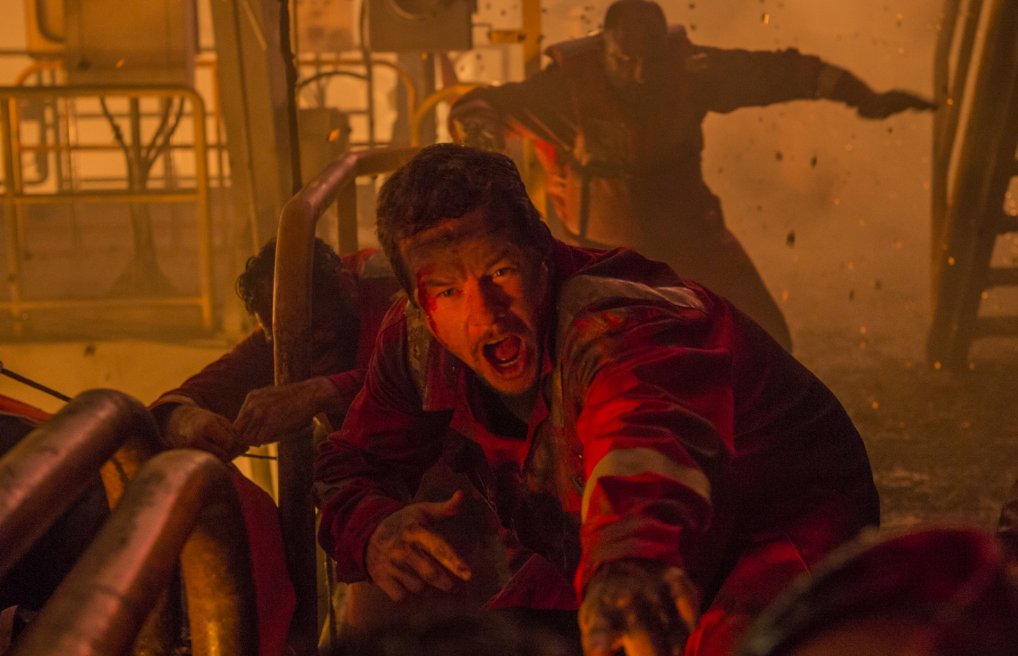 Mark Wahlberg is ideal for this kind of role - the man of action who is burdened by just enough dialogue to establish his character. It’s not a deep role but Wahlberg brings out the likability and heroism of his character, which is all that’s necessary. Kurt Russell is a welcome addition to the cast; his presence almost always elevates any project in which he appears. This is his first time acting alongside his adopted daughter, Kate Hudson (although Hudson is, to put it kindly, underused and she and Russell share only a single scene).

When Deepwater Horizon works, it has a lot to do with verisimilitude. The reconstruction (and eventual destruction) of the rig is exacting and the special effects lack the artificiality that comes with overdone computer generated imagery. A lot of the explosions and fires are real. This is yet another workmanlike endeavor for Peter Berg, whose resume boasts titles like Friday Night Lights, the underrated The Kingdom, and Lone Survivor (where he first collaborated with Wahlberg).  Like Sully, Deepwater Horizon takes a news story nearly everyone is familiar with and elaborates on details that didn’t make it into the nightly recaps. By focusing on the humanity of the protagonists as well as their heroism, Deepwater Horizon gives us characters who are more like people than icons. That’s a crucial element in what makes this particular disaster film work where so many others fail.