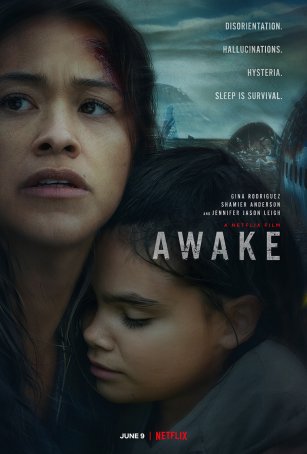 Awake does too little with its Twilight Zone-inspired premise. After racing through the introductory segments, Mark Raso’s feature turns into a dystopian road movie (not unlike Greenland) with the characters traveling to reach a potential haven before the clock runs out. Sketchy character development and poor world-building keep the film and its protagonists at arm’s length, leaving behind an aftertaste that mixes frustration with disappointment.

Movies about pandemics have been popular since before COVID-19, with Planet of the Apes being among the most high-profile of a diverse field. Many concentrate on either the survival of the species or the survival of the individual. In Awake, the mass infection has come as a result of some sort of geomagnetic storm. In addition to knocking out all electronics, it has rendered the population unable to sleep. There are a few rare exceptions – individuals who seem unaffected and are able to go to sleep without problems. The effects of long-term sleep deprivation are devastating, starting with impaired cognition, adding hallucinations and paranoia, and inevitably ending in death. Once the no-sleep progression begins, it’s a ticking time bomb. Humanity has only days remaining before everyone is dead. 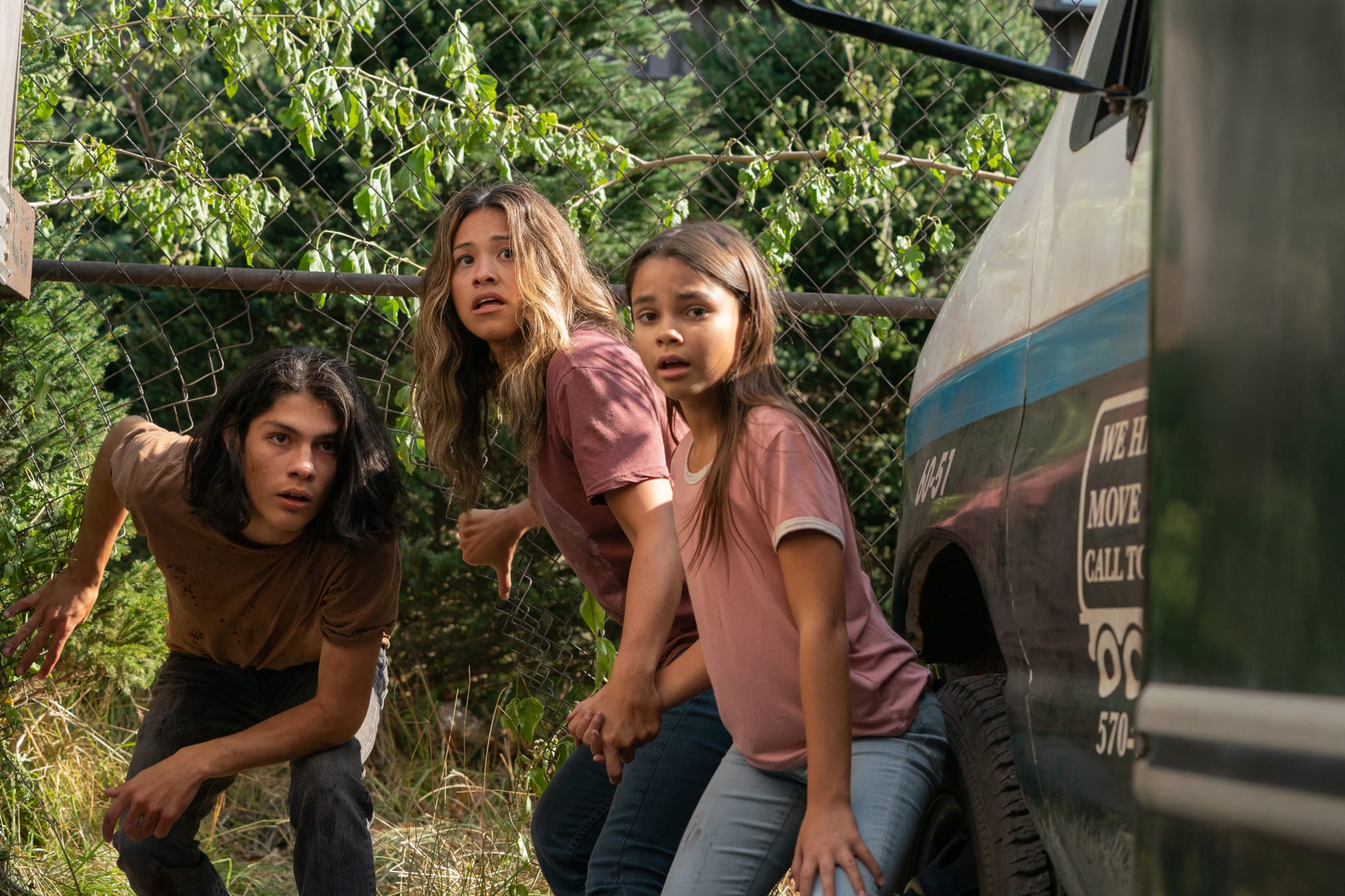 Jill Adams (Gina Rodriguez) is a single mother who makes ends meet (barely) by working as a security guard and dealing drugs on the side. One day, after picking up her son, Noah (Lucius Hoyos), and daughter, Matilda (Ariana Greenblatt), from her mother-in-law’s, something catastrophic happens on the drive home. The car inexplicably goes dead, and the same occurs to all other vehicles on the road. Jill’s car is t-boned and ends up in a lake. Noah and Jill escape unharmed but Matilda isn’t breathing when she surfaces. The police officer that finds her resuscitates her and tells Jill that the power is out everywhere and cars are malfunctioning. That’s when the global cycle of sleep-deprivation begins. Noah, Jill, and mother-in-law Doris (Frances Fisher) spend a restless night, but Matilda is able to sleep. At work the next day, Jill learns that her boss, Murphy (Jennifer Jason Lee), has been recruited by the government to travel to “The Hub” and work on the problem. Time is of the essence. Once Jill realizes that the world may be doomed and she may not be around to help navigate the future, she makes the risky decision of taking her daughter to The Hub, despite recognizing that the scientists there may be more focused on finding a solution than taking Matilda’s well-being into consideration.

Awake is characterized by an unevenness of both momentum and pacing. The introductory segments move too quickly, failing to generate a sense of mystery and impending doom. While the atmospherics are generally strong, there’s a sense of generic sameness to all the locations. Finally, although the narrative postulates a reason why the characters become less intelligent and insightful as the movie progresses, there are times when the lack of awareness feels more like a convenient construct than legitimate story development. It’s a little hard to swallow that the country’s best scientists aren’t more on top of the situation. Arguing that they’re “impaired” allows the screenwriters an excuse for this plot hole. 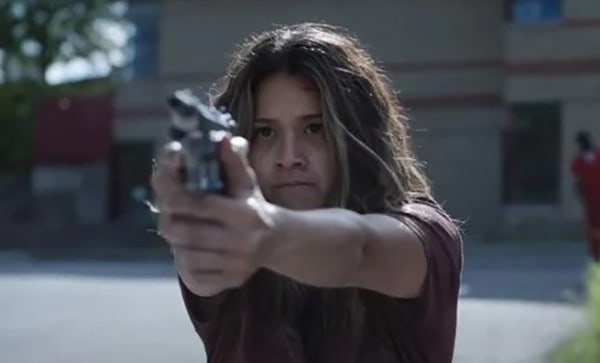 As Jill, Gina Rodriguez reaffirms the action star credentials she displayed in Miss Bala. She’s adept at exhibiting the slow deterioration of her character’s mental acuity while doggedly refusing to give in to her darker urges. The supporting cast is salted with a number of familiar names: Jennifer Jason Leigh, Frances Fisher, Gil Bellows (as a sympathetic doctor who doesn’t believe the ends justify the means), and Barry Pepper (as a pastor who suggests that Matilda may be a gift from God and, as such, should stay in a church).

The promise of an intriguing premise results in expectations that the film, which rarely diverges from the familiar feel of a post-apocalyptic road movie, is unable to capture. I’d compare unfavorably it to Children of Men. Both have interesting backstories about an extinction-level event that’s playing out. However, while Alfonso Cuaron didn’t resort to cliches and contrivances to generate his story, Mark Raso falls into that trap and, consequently, Awake never opens its eyes to greater possibilities.