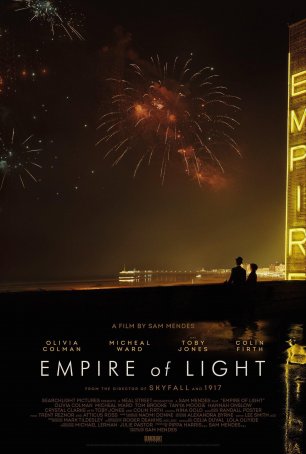 Like Steven Spielberg with The Fabelmans, Sam Mendes has plundered his own memories of movie theaters to form the backdrop of Empire of Light. Mendes, however, lacks Spielberg’s deftness of touch. Although the scenes transpiring within the Empire Theater mine a deep vein of nostalgia, the clunky and uneven storyline doesn’t give the cast enough to work with. For Mendes, who has a stellar reputation as a director (having previously made everything from American Beauty to Skyfall to 1917), this represents his first outing as a solo screenwriter (his only other Writers Guild-approved credit was shared with Krysty Wilson-Cairns for 1917) and the results argue that he is better working from someone else’s script.

The movie transpires at the dawn of the 1980s. We know this mainly because of clues in the dialogue and the name-dropping of certain movie titles (like Chariots of Fire) not because Mendes does an especially good job of re-creating the era. He does a much better job when it comes to the second part of the “time and place” of the setting. The Empire Theater, where much of the activity takes place, was recreated by the production team using a dilapidated seaside movie house and the restoration is a perfect 1980s-ish movie palace – the kind of cinema with character that was mostly killed off by the cookie-cutter, functional multiplexes that rose to prominence during the decade. The Empire is a wonderful place and the glimpses we get of the projection room, the lobby, and the main auditorium, resurrect a lot of ghosts. 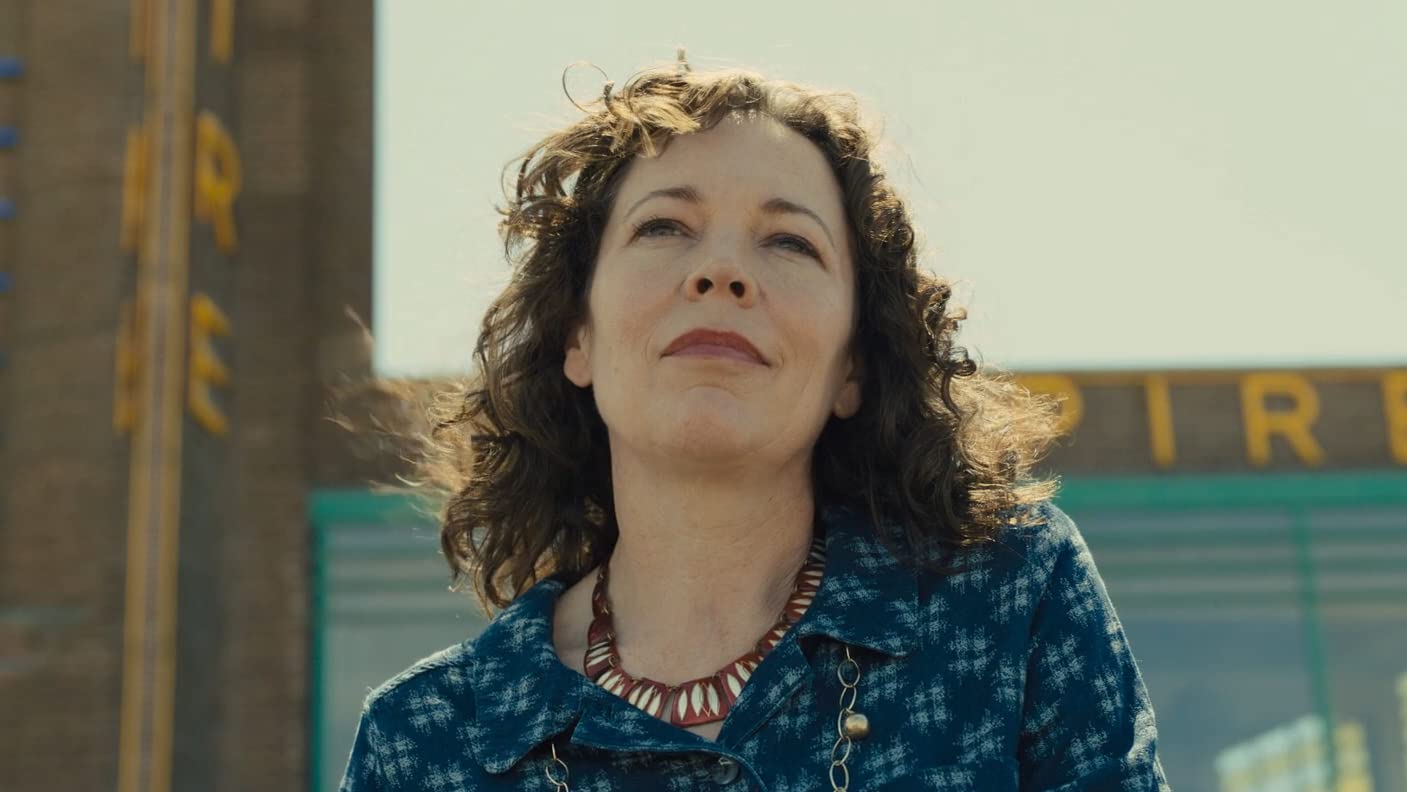 In The Fabelmans, Spielberg put an avatar of himself front-and-center in the action. Mendes elects not to do the same in Empire of Light; one wonders if that’s why so much of the story feels lifeless. All of the feeling comes from the background; the foreground is sterile. The film touches on hot-button issues (racial violence and mental illness) with varying degrees of success. There’s an effectively uncomfortable scene in which a young black usher confronts an older white patron and, although the “n” word is never uttered, it lingers unsaid in the air between them. A violent physical altercation that occurs later is less impactful because it feels artificial – a manipulation by the script of the characters to arrive at this moment. Likewise, some of the bigger scenes related to mental illness have an over-the-top feel; the smaller, quieter moments generate an emotional impact in relaying the difficulties of coping with the choice of either taking the drug lithium or letting the manic/depressive waves churn.

Oscar-winner Olivia Colman plays Hilary, the theater manager, who functions not only as the day-to-day person-in-charge but also the mistress to the self-absorbed owner, Donald Ellis (Oscar-winner Colin Firth at his self-absorbed best). Hilary, who is on lithium for a bipolar condition that resulted in her one-time hospitalization, forms a bond with one of the ushers, Stephen (Micheal Ward, from “Top Boy”), who has his own demons. In his case, they’re more tangible than Hilary’s, embodied by a local bunch of skinheads. The bond develops into a physical/sexual relationship that both sense is going nowhere. Stephen is too young to be confined in a dead-end town and Hilary recognizes he will soon outgrow her (indeed, she encourages him to do so). This spices the relationship with a bittersweet flavor…or would have if Mendes had done a better job getting us to care about these two being together. 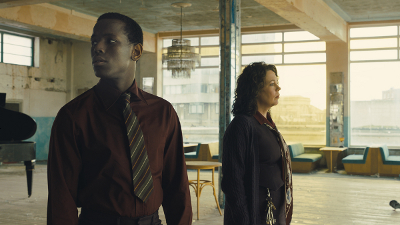 There are two overriding problems with Empire of Light. While the characters are interesting enough on their own, the romance is D.O.A. There’s no chemistry; Colman and Ward play the roles more like mother and son than lovers with an age difference. Secondly, the movie can’t decide whether it wants to present things from Hilary’s point-of-view or Stephen’s. Done with more assurance, this might not be an issue but Mendes waffles and it leaves viewers confused about who the story is about. We eventually get an answer but not until late in the proceedings.

Based on the pedigree of the involved talent and the release date (December), one might assume that Empire of Light has Oscar aspirations. Sadly, however, this is one of those movies where hopes about year-end awards are entirely in the minds of the filmmakers and distributors. This is likely one of those late-year limited releases that fizzles at the box office because, outside of the names on the credit list, there’s too little to captivate a wide audience. Empire of Light offers an appetizer of nostalgia for those who remember theaters during the early 1980s but the main course isn’t the easiest to digest, despite several strong performances.