For those hoping that writer/director Richard Linklater would use the success of his two previous films, Before Midnight and Boyhood, as springboards to a deeper, more meaningful exploration of the “human experience,” Everybody Wants Some!! is going to disappoint. However, the film’s light, meandering tone shouldn’t come as a surprise. Throughout his career, Linklater has veered from genre to genre, from serious drama to quirky comedy, from romance to tragedy. Going into this film, prepare for two hours of cinema in which there’s little in the way of plot and a lot in the way of nostalgia-baiting and male bonding. The time passes quickly but the average viewer isn’t likely to depart the theater feeling enlightened or elevated.

Everybody Wants Some!! offers a snapshot of an American rite of passage that has changed so much over the years that the specifics of what Linklater captures will only be superficially recognizable to today’s coming-of-age generation. It’s the weekend before the first day of college in 1980 for a group of baseball players gathering on the campus of a Texas university to party, bond, and practice. That’s pretty much all that the movie is about: 72 hours in the life of freshman pitcher Jake (Blake Jenner), who makes new friends, goes to a few parties, and hangs out with a pretty drama major, Beverly (Zoey Deutch). The storyline is more interested in capturing a fading era than it is in providing a rich character study (Boyhood) or exploring the complex interplay between individuals (The Before trilogy: Before Sunrise, Before Sunset, Before Midnight). It’s Eric Rohmer meets Animal House. 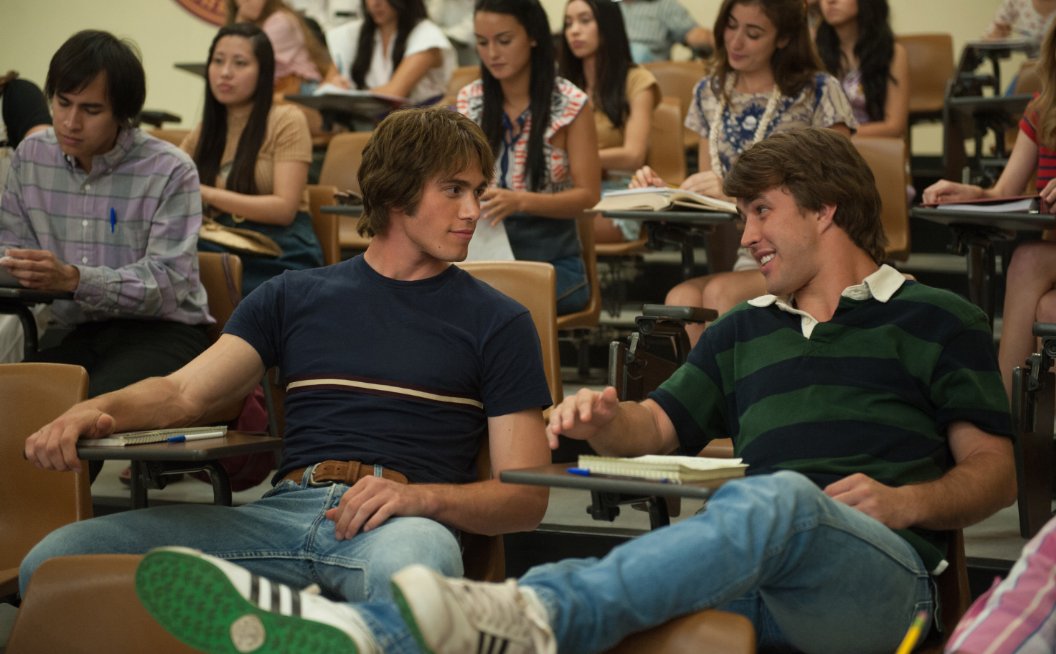 Emotionally, Linklater’s recreation of August 1980 is spot-on.  Sure, there are a few anachronistic cheats (how many college-goers in 1980 had a VCR in their room?) but the tone is just about perfect. For older viewers (those who can remember 1980), the experience of watching Everybody Wants Some!! will bring back memories. Younger viewers may be more keenly aware of the threadbare nature of the plot and the lack of character depth. The most important component of this movie-going experience, nostalgia, will be lost on the under-35s and Linklater doesn’t provide much to fill that gap.

To bring back 1980 in Everybody Wants Some!!, Linklater employs many of the same cues he used in Dazed and Confused to reanimate the 1970s. Music is arguably the most important - the filmmaker cherry-picks a variety of songs (everything from disco to Country-Western) from the late 1970s and early 1980s. Wardrobe, makeup, hair style, and set design are era-appropriate. Most importantly, he get the “feel” right. Many movies set in this period are effective in presenting the requisite “window dressing” but they fail to capture the essence of the time. 1980, it should be remembered, is more ‘70s than ‘80s and Linklater doesn’t forget that. Of course, since Everybody Wants Some!! is at least in part autobiographical, the personal touches add to the authenticity, as does the decision not to wallow in overt comedic antics (like the aforementioned Animal House). 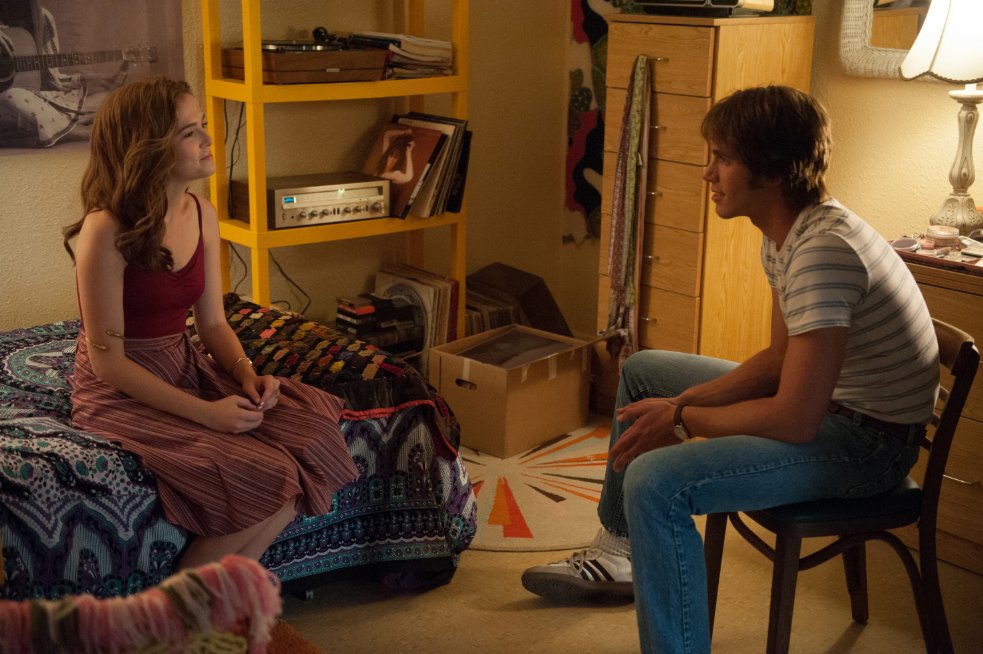 The acting, like the characters, is a mixed bag, although the director chooses lesser known performers to avoid the “recognition shock” that can occur with a familiar face in a movie of this sort. Blake Jenner’s leading man is, unfortunately, one of the least interesting people in the film - a likable but unremarkable guy whose relationship with a girl never really catches fire. In the scenes between them, Linklater is trying for an Ethan Hawke/Julie Delpy vibe from Before Sunrise but the actors aren’t as good and the chemistry isn’t there. To the extent that Everybody Wants Some!! has memorable personalities, they come from the supporting roster:  Glen Powell’s suave Finnegan, Wyatt Russell’s drugged out, philosophical Willoughby, and Tyler Hoechlin’s mustachioed, macho McReynolds (who bears a striking resemblance to a ‘70s porn star).

Everybody Wants Some!! offers a painless two hours for anyone who wants to reminisce about a fast-fading era without being forced to consider a strong storyline. The free-flowing format is both a strength and a weakness but the film’s secondary characteristics (in particular the soundtrack) affirm that, although this may be “lesser” Linklater, it’s still more enjoyable than a lot of what’s currently available in theaters.