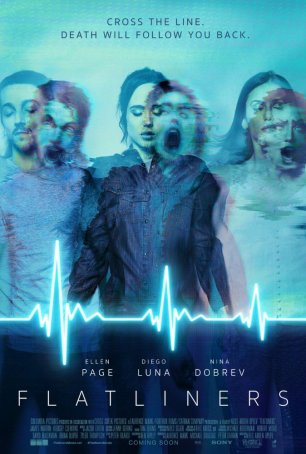 The original Flatliners, the 1990 psychological horror film directed by Joel Schumacher and starring Julia Roberts and Kiefer Sutherland, wasn’t a good movie. Despite some nice performances, it took a promising premise and squandered the potential. There was ample room for improvement and, even though audiences weren’t clamoring to revisit the material, one could envision a legitimate reason for a new interpretation. Unfortunately, the filmmakers, led by Niels Arden Oplev (the director of the Swedish The Girl with the Dragon Tattoo), have taken the lazy way out and, despite changing a raft of details, left the narrative envelope intact – flaws and all. An argument could be made that this Flatliners is even dumber, with a head-scratching moment of idiocy late in the film that no amount of rationalization can resolve. What we get is a mediocre remake of a mediocre original – not exactly must-see cinema. 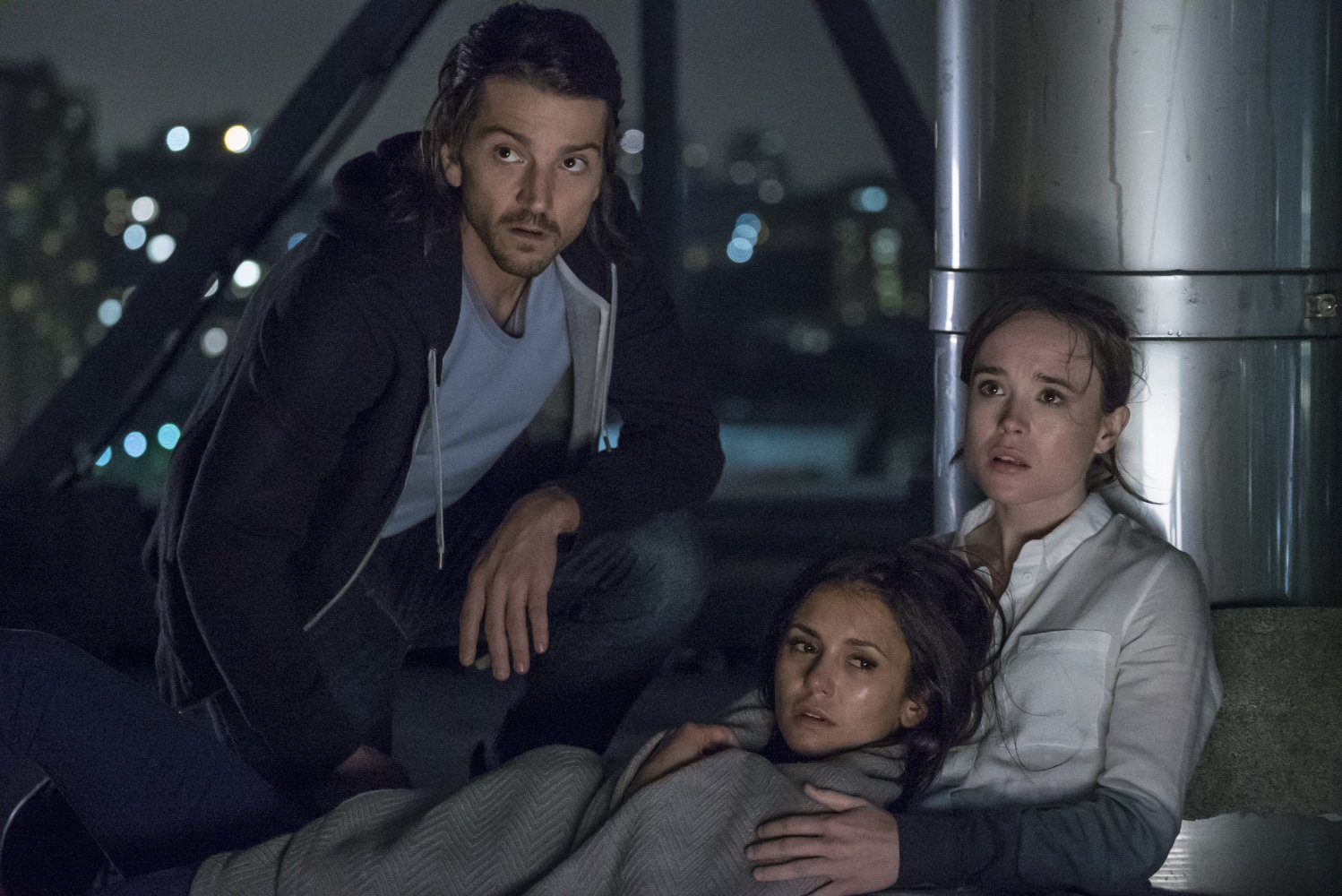 There’s another issue with Flatliners. It’s boring. The characters, with all their petty individual dramas, are uninteresting. The PG-13 rating (the original was rated R) disallows any heat, whether it be erotic (there’s plenty of tame, carefully edited sex) or fear-induced. Aside from a couple of cheap jump-scares, the fright quotient is disappointingly low. The self-help aspect (about making amends for past misdeeds) is as poorly conceived and badly executed as it was in 1990. All the juicy possibilities for where the story could go are left untouched. For someone with vision and a willingness to break free of the bonds of the earlier iteration, this could have been an opportunity to make something great. Instead, it’s just a mind-numbing re-enactment.

Flatliners chronicles the experiences of five medical students who defy the natural order by allowing themselves to die so they can get a taste of the afterlife before being revived. They are led by Dr. Courtney Holmes (Ellen Page), who carries a burden of guilt for her sister’s death (she was a distracted driver when a fatal accident occurred). Other participants in the experiment are cocky Jamie (James Norton), insecure Sophia (Kiersey Clemons), and driven Marlo (Nina Dobrev). Ray (Diego Luna), the fifth member of the group, is the only one who elects not to kill himself. He stays among the living and is spared the psychological trauma they all eventually experience.

At first, “flatlining”, as it’s called, seems to be all upside. By rewiring parts of the brain, it allows access to previously unlocked areas and increased intelligence. One of the characters refers to it as a new designer drug. But it soon emerges that there are side effects – creepy visions and a sense of paranoia. Are they hallucinations or has something “followed” the flatliners back from the other side? This movie, like its predecessor, teases us with the possibility that none of what’s happening is real but it quickly loses interest in playing that game. (After all, this is a PG-13 mainstream production not an art house horror film.) 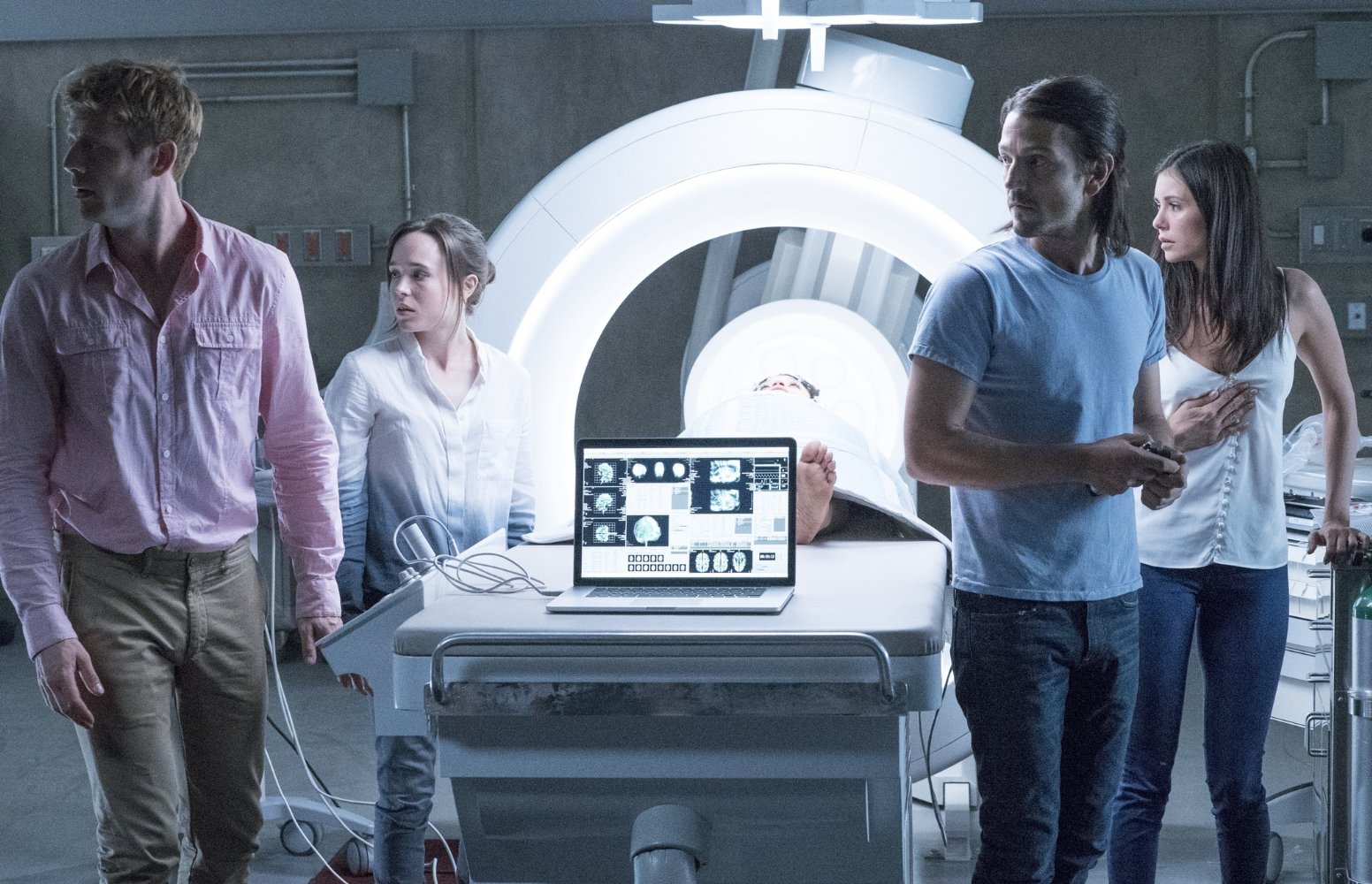 Ellen Page’s interpretation of Courtney is that of a repressed, Type A personality. She’s not especially sympathetic and the tenacity with which she seeks to end her life (albeit with the possibility of returning – something by no means guaranteed considering her last-minute choice of unprepared cohorts) indicates that she’s in dire need of a therapist. Diego Luna, like Page, shows a dedication to the script that it doesn’t deserve but the other three leads – James Norton, Kiersey Clemons, and Nina Dobrev – give one-dimensional performances as one-dimensional characters. Kiefer Sutherland returns in a small role to pay homage to the 1990 feature. (One wonders whether Julia Roberts was offered – and wisely turned down – a similar opportunity.)

If you’ve seen the original Flatliners, there’s no convincing reason to watch the remake because too little new ground is covered to freshen up the experience. If you haven’t seen the original Flatliners, it’s still difficult to make a case for the remake. It’s monotonous, repetitive (there’s a lot of running around in dim rooms, corridors, and places in the limbo-world between life and death), and not especially satisfying. Certain nonsensical plot elements are impossible to swallow and the ending feels more like a cheat than an unconventional way to wrap up the story.

PG-13 horror works only when filmmakers, limited by what they can show, are able to develop a sense of creeping dread. Generic products like this, even when they make a halfhearted attempt to do that, rarely succeed. Flatliners is dead on arrival.