It’s past time for Woody Allen to go gently into retirement. The Oscar-winning director, having made some of the 20th century’s most memorable comedies, has nothing left to prove and his recent output is indicative of someone with no more stories to tell. With A Rainy Day in New York, Allen is spinning his wheels – revisiting familiar themes and ideas from other, earlier films that were presented to far better effect the first time around. Little about A Rainy Day in New York can be considered fresh. It feels like the work of someone who is going through the motions. (One has to wonder whether Allen is continuing to make movies because he feels the creative urge or because he doesn’t want to give his critics the satisfaction of a formal retirement.)

Watching A Rainy Day in New York, it’s easy to become nostalgic about Allen’s classics (like Manhattan and Annie Hall) an even a few of his not-so-classics (like Celebrity) because this new movie references those (and others) and, in the process, reminds us how much better the director once was than what he is now. The movie is labeled a comedy but it’s only occasionally witty and rarely (if ever) laugh-aloud funny. The filmmaker’s bitterness about star culture is evident in nearly every scene as is his distaste for everything to do with the paparazzi and celebrity worship. 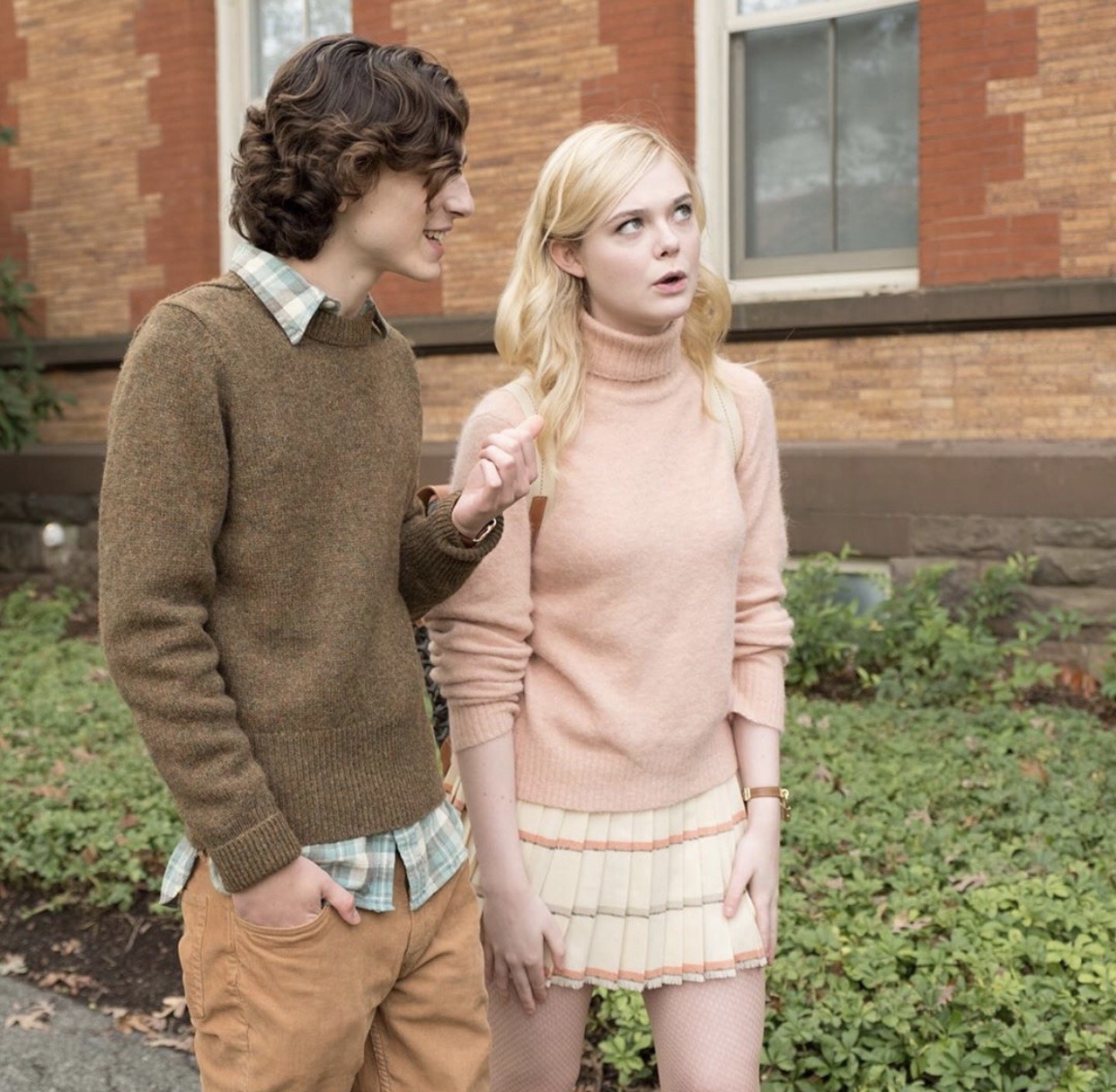 The narrative takes two upstate New York university students, lovers Gatsby (Timothee Chalamet) and Ashleigh (Elle Fanning), and brings them into the city when she scores an interview with reclusive, iconoclast director Roland Pollard (Liev Schreiber). A Midwesterner, Ashleigh has little experience with big cities and Gatsby, who has just won big at the poker table, is anxious to turn the weekend into a romantic getaway. (He spends considerable money on their hotel accommodations.) But circumstances separate them. Pollard is entranced with Ashleigh (at one point calling her his new muse) and various other celebrated film-types are drawn to her, including legendary writer Ted Davidoff (Jude Law) and international mega-hunk Francisco Vega (Diego Luna). Meanwhile, a dejected Gatsby consorts with Chan (Selena Gomez), the younger sister of an ex-flame, gets into a poker game, and brings a hooker (Kelly Rohrbach) to an upscale party being hosted by his mother (Cherry Jones).

One problem with many of Allen’s post-2000 films is his tendency to write dialogue that would sound natural only if he spoke it. As a result, the male stars of his films – in this case, Timothee Chalamet – are often put into the odd position of mimicking a younger Allen in order to be able to get the cadence and mannerisms right. (The strangest example of this was Kenneth Branagh in Celebrity – something I called “an odd and disconcerting experience.”) Not to be outdone, Elle Fanning gives a truly horrible imitation of a 20-something Diane Keaton. There are some nice supporting performances – Liev Schreiber, Jude Law, Selena Gomez, and Cherry Jones – but the two leads are so bad that it hardly matters. 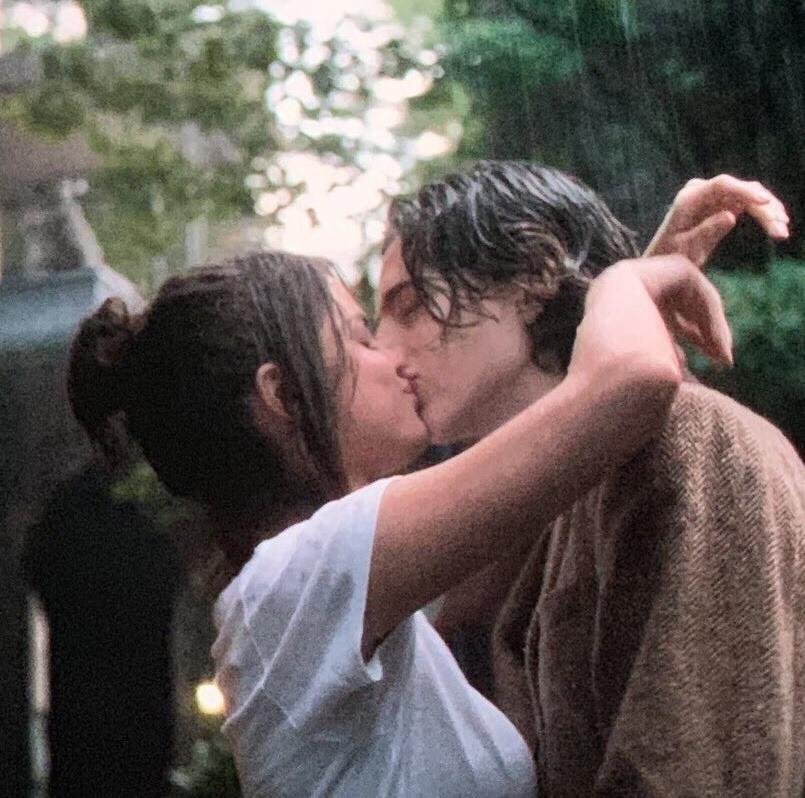 As is Allen’s wont when setting his films, this is a gauzy, fanciful New York that, if it ever existed, was never accessible to anyone without extraordinary wealth and/or privilege. This backdrop has served Allen well in many of his better excursions but it feels dated and out-of-touch in A Rainy Day in New York. Plus, the production values are questionable. At times during the “rain,” the sun can be seen shining. Presumably Allen lacked the funding to be able to fix this in postproduction (either that, or he didn’t care enough to do so).

Originally, A Rainy Day in New York was made for Amazon as part of a multipicture deal. However, when the #metoo movement made it clear that they intended to “cancel” Allen, Amazon dropped him like a hot potato. A Rainy Day in New York received overseas distribution, where it did about as well as any recent Allen film has done. Now, with the pandemic wreaking havoc with the U.S. movie distribution system, MPI Media Group has provided Allen’s dwindling cadre of die-hard American fans an opportunity to be completists. On the bright side, it can be said that A Rainy Day in New York is a step up from his execrable previous effort, Wonder Wheel. Unfortunately, the director hasn’t yet chosen retirement – his next film, Rifkin’s Festival, is ready to go.