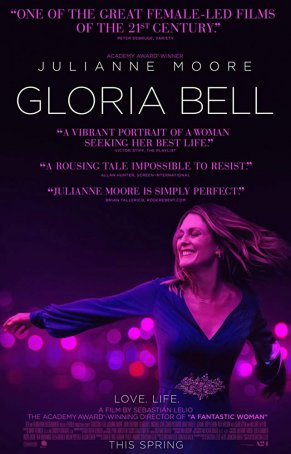 We don’t see many movies like Gloria Bell these days. Simple, adult character studies with major stars have become a rarity in today’s movie climate. Gloria Bell is sedate in its approach – it tells a story but the narrative is devoid of sensationalistic happenings and manipulative melodrama. The tale, like the character, is relatable. There’s nothing in it that doesn’t happen to countless people on an everyday basis. There’s a strong romantic element to the movie but, unlike the Hollywood norm, it isn’t steeped in fantasy and giddiness. It reminds the viewer why it’s so much easier to write love stories for people who are young and naïve than for those who have lived more than half their lives and come to a relationship with more baggage than a Kardashian on a trip. 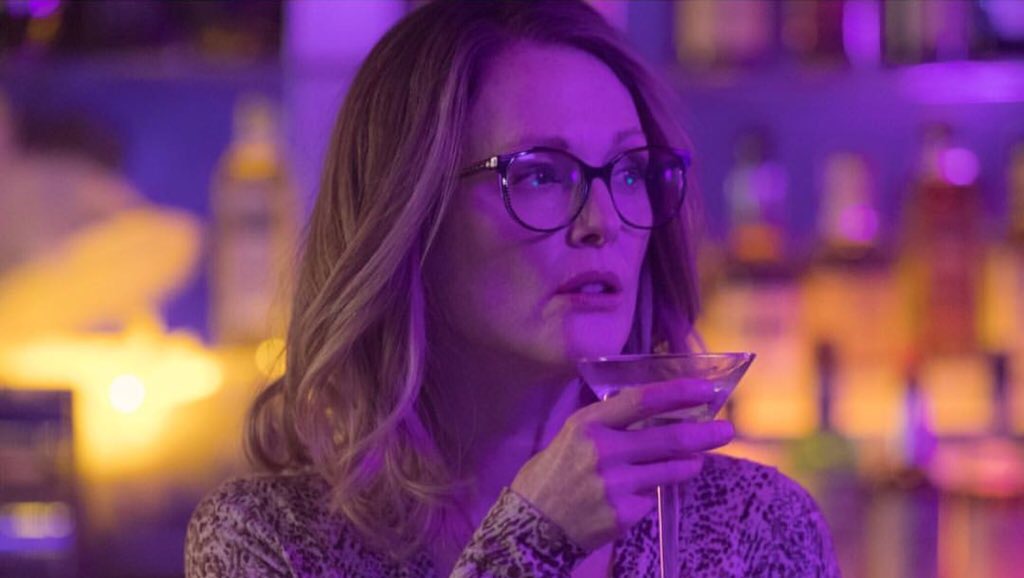 Chilean director Sebastian Lelio boarded this remake of his 2013 Spanish-language film at the request of star Julianne Moore, who couldn’t imagine recreating the character without him at the helm. Her work here is some of the best she’s done in a decade – a masterful portrait of a lonely fiftysomething woman in search of a little intimacy who discovers she might have been better off without it. Moore’s performance is subtle and arresting – the kind of acting job the Academy should recognize but will probably forget due to the release date. Her nude scenes are refreshingly natural. The camera doesn’t linger but neither does it shy away. The purpose is not to titillate but to show Gloria naked at times when it would be awkward for her to be clothed.

When we meet Gloria, she has been divorced for 12 years. Her grown children, Peter (Michael Cera) and Anne (Caren Pistorius), have flown the coop to live their own (not necessarily successful) lives, leaving the nest empty. Her ex-husband, Dustin (Brad Garrett), has also moved on with a new wife (Jeanne Tripplehorn) and a new family. Gloria, however, is content to drift. She goes to work, does her job, and comes home (singing along with ‘80s pop hits on the way). At nights, she visits discos and nightclubs where she dances solo to songs long past their sell-by date. That’s where she meets Arnold (John Turturro), a shy guy a few years older than her who’s nervously dipping his toes into the singles scene. Gloria and Arnold connect and this leads to what initially seems like a mutually satisfying relationship – until reality intrudes. Despite his claims that he “loves” Gloria, Arnold is emotionally unavailable. He and his two unemployed, adult daughters are stuck in a co-dependent situation that forces him to keep his cellphone turned on and doesn’t allow him to take so much as a vacation without being available. What starts out as minor impediment to a serious relationship becomes an untenable roadblock.

John Turturro deserves credit for transforming Arnold from a self-absorbed loser into a sympathetic figure. We sense that he truly has feelings for Gloria – something that comes out during the tender moments when they lie together after having sex – but he can’t break the ties that bind him. The actor also invites viewers to feel a little sadness for him even when Arnold does things that are cowardly, petty, and vindictive.

Gloria Bell has no deeper themes or motives beyond documenting a slice of the main character’s life. Fortunately, she’s the kind of person who’s worth spending 100-odd minutes with. Simply directed but rich in detail, the movie builds to a final scene that offers the perfect way to close this chapter of the title character’s life. When Laura Brannigan’s “Gloria” starts playing at the disco, Gloria sloughs off her recent disappointments and takes to the dance floor, letting the music sluice away regrets as she accedes to the beat of her anthem.