If Richard Curtis watches Last Christmas, he will likely do so with a smile on his face. In approach, tone, and intent, this is very much like the kind of film Curtis makes and bears more than a passing resemblance to his unlikely now-classic holiday season offering, Love Actually. (Has it really been 16 years since that movie debuted?) Writer/actress Emma Thompson was a member of Curtis’ Love Actually ensemble and has infused Last Christmas’ DNA with some of the same crowd-pleasing elements. With Paul Feig in the director’s chair, this unapologetically sentimental film provides viewers with opportunities to laugh and cry while morphing into something a little different than what the trailers and marketing material suggest.

This is not a rom-com. Or at least, it’s not just a rom-com. Certainly, there’s more than a passing whiff of romance in the air between photogenic stars Emilia Clarke (looking nothing like her Game of Thrones character) and Henry Golding (looking exactly like his Crazy Rich Asians character). Last Christmas, with a passing nod to Charles Dickens, is about the Christmastime redemption of Clarke’s Kate – how circumstances change her from a cynical, anti-Christmas shrew into a softer, gentler, more caring of herself. No Taming necessary. Golding is along for the ride as Tom, the most patient man in the world, who (following a meet-cute involving a pooping bird) has a knack of appearing when Kate most needs to see him and offers long walks and sage advice to “look up.” He also resolutely refuses to sleep with her, although he’s not above engaging in an occasional kiss. 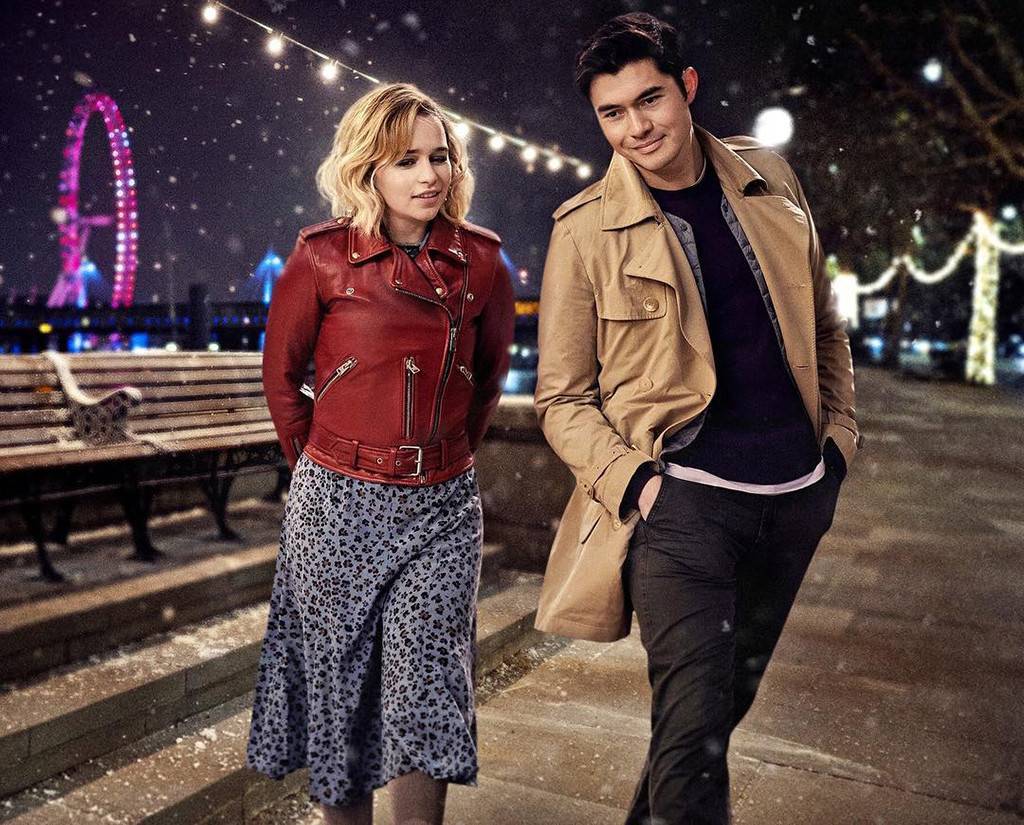 Last Christmas spends as much time with Kate’s family life as it does with her dalliances with Tom. When not imposing on the hospitality of friends and lovers, Kate lives at home with her mother, Petra (Thompson), and father, Ivan (Boris Isakovic). Her sister, Marta (Lydia Leonard), has her own place but occasionally visits. Kate’s family immigrated to England from the former Yugoslavia to escape the war, but she was so young at the time that London is the only home she knows. A life-threatening condition that nearly killed Kate has made her already high-strung mother hypervigilant, creating friction between mother and daughter. Kate and Marta are constantly at each other’s throats and barely on speaking terms.

As a girl, Kate was a promising singer but, in part because of her illness, she never fulfilled her potential. Now she works as an elf at a Christmas Emporium run by the tyrannical “Santa” (Michelle Yeoh). Kate hates her life, hates her job, and engages in self-destructive behavior in between attending auditions at which she routinely fails. She’s a huge George Michael fan (the movie is set in late 2017, a year after he died), which gives the filmmakers a thin excuse for peppering the soundtrack with various songs from Michael’s WHAM! days and solo career. 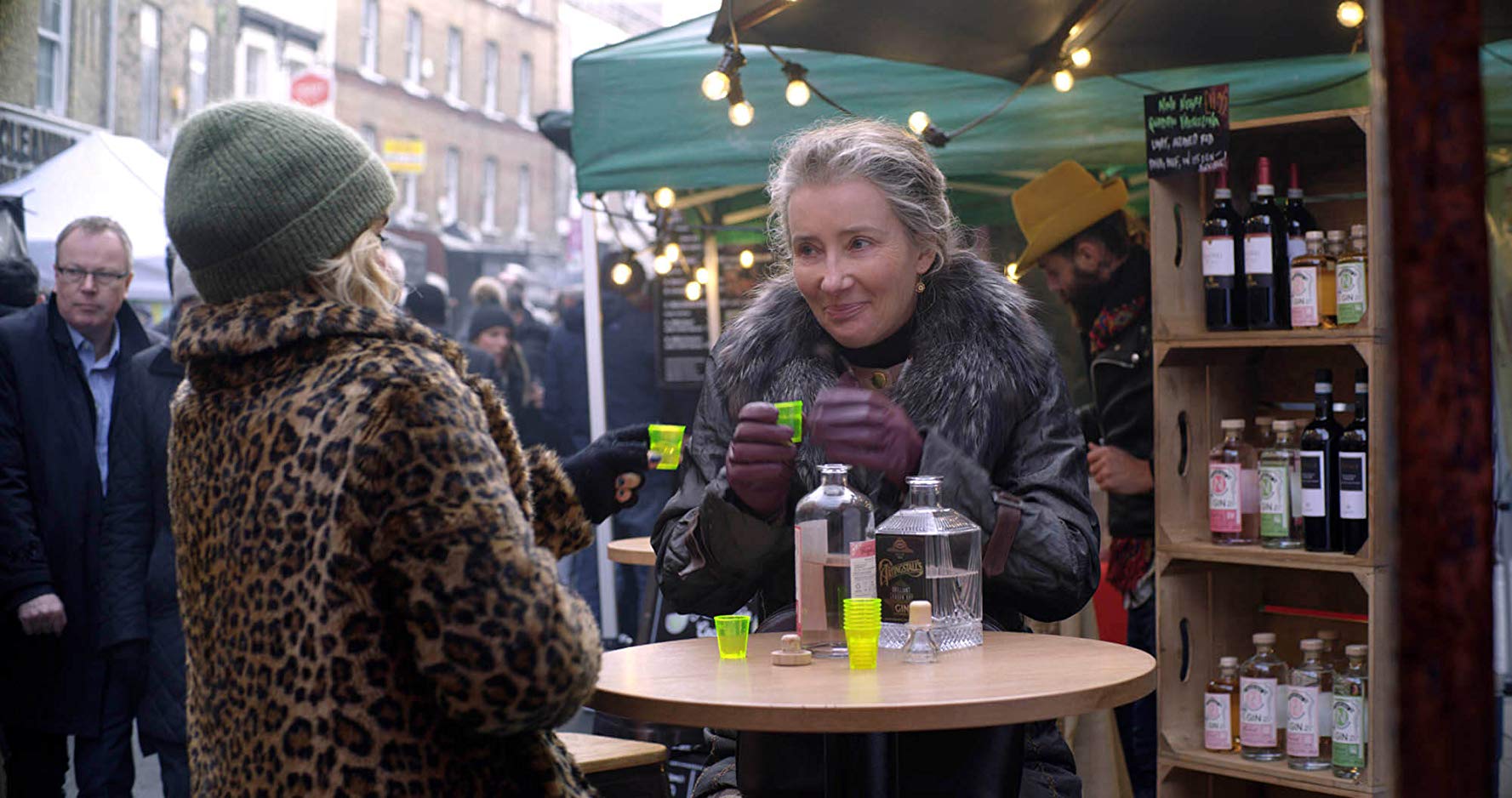 Last Christmas joins a new trend in adult-oriented motion pictures that relies on the output of one artist or group in crafting a soundtrack: Queen for Bohemian Rhapsody, Elton John for Rocket Man, The Beatles for Yesterday, Bruce Springsteen for Blinded by the Light, and Michael for Last Christmas. Of those titles, Last Christmas has the weakest connection. Although the film’s title is derived from the popular WHAM! holiday track (and is featured in at least three different iterations, one of which is the recorded version), the other songs (all of which are excerpted rather than played in full) are randomly scattered throughout. There are also some curious omissions – while “Faith,” “Everything She Wants,” and “Freedom 1990” make appearances, “Careless Whisper” and “Father Figure” are among the missing.

In recent years, there have been few throwback Christmas-themed theatrical releases, with movie studios ceding the territory to cable and streaming networks. As a result, Last Christmas feels almost nostalgic despite its modern sensibilities. The movie is sentimental and manipulative – those things go with the territory – but not overly so. Thompson and Feig give the production an edge and apply a twist (one that is predictable early on but works nonetheless). The dialogue is sharp, there’s a none-too-subtle message aimed at anti-immigration policies, and Emilia Clarke gives a warm, delightful performance. Last Christmas may have trouble finding its box office footing with so many higher-profile films fighting for an audience but this is one of the most enjoyable non-prestige offerings out there and, if it doesn’t find its niche in theaters, it will certainly surface again in the home video market and become a favorite for Christmases to come.