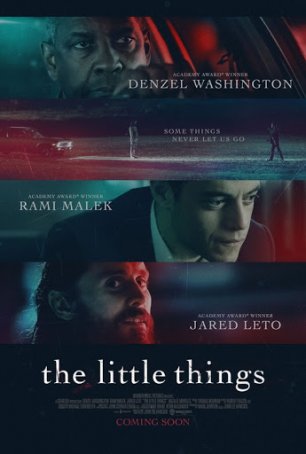 The biggest thing The Little Things has going for it is that it’s not a run-of-the-mill mystery/thriller. The most significant potential problem, especially with respect to mainstream acceptance, is the ambiguity of the resolution. Some viewers are going to hate how the film ends. While the lack of closure isn’t close to what it was in John Sayles’ Limbo (which caused movie-goers to throw things at the screen in normally staid art houses), it will cause consternation. However, although The Little Things may start out seeming like a zillion other police procedurals with mismatched partners hunting a serial killer, it applies a narrative innovation to invalidate the motion picture “conservation of characters” limitation. The movie works when viewed through the narrow lens of one character’s personal redemption rather than through a wider portal.

The Little Things finds a reason to bring Joe Deacon (Denzel Washington) back from his rural exile to the wild streets of Los Angeles, where he once investigated homicides. Joe has been patrolling the small town byways where murders don’t happen often (if at all) – a direct reaction to a dark past event we don’t know about at the beginning but are destined to uncover as the narrative unspools. Joe’s task requires him to return to his old stomping grounds to pick up evidence. His “resurrection” is met with a mixture of goodwill and mistrust, depending on who is doing the meeting. His “replacement,” the media savvy, college-educated go-getter Jim Baxter (Rami Malek), isn’t initially impressed but that doesn’t prevent him from inviting Joe to tag along. Thus begins an unconventional partnership that results in an investigation of murder suspect Albert Sparma (Jared Leto). 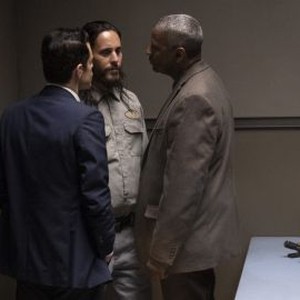 While Hancock’s story mostly stays in familiar territory insofar as the investigation is concerned, his endgame is considerably different. Although the movie starts out as a whodunnit, it quickly becomes evident that the net has caught a single suspect – Sparma. The movie then becomes a contest of wills between Deacon/Baxter and the self-admitted police junkie. Hancock’s third act curveball is what sets The Little Things apart from many similar films. Along the way, the filmmaker generates his share of suspense. The illegal apartment search is rife with tension, abetted by the director’s edits, and the drive-along, although straining credulity to the breaking point, is guaranteed to elevate the pulse.

The acting goes a long way toward helping the movie overcome some implausible narrative issues. (For example, what major city police department is going to allow a semi-disgraced former detective to become involved in a high-profile serial killer investigation?) It doesn’t hurt to have three former Oscar winners in the cast, all of whom are in top form. Denzel Washington’s approach to Deacon is low-key but the pain is never far from the surface (and, thanks to the occasional flashback, it occasionally bubbles over). Rami Malek gets to show how a good man can get pulled to the edge. And Jared Leto apparently enjoyed playing The Joker so much that he has essentially recreated the persona here (sans makeup.) Take that, Joaquin Phoenix! 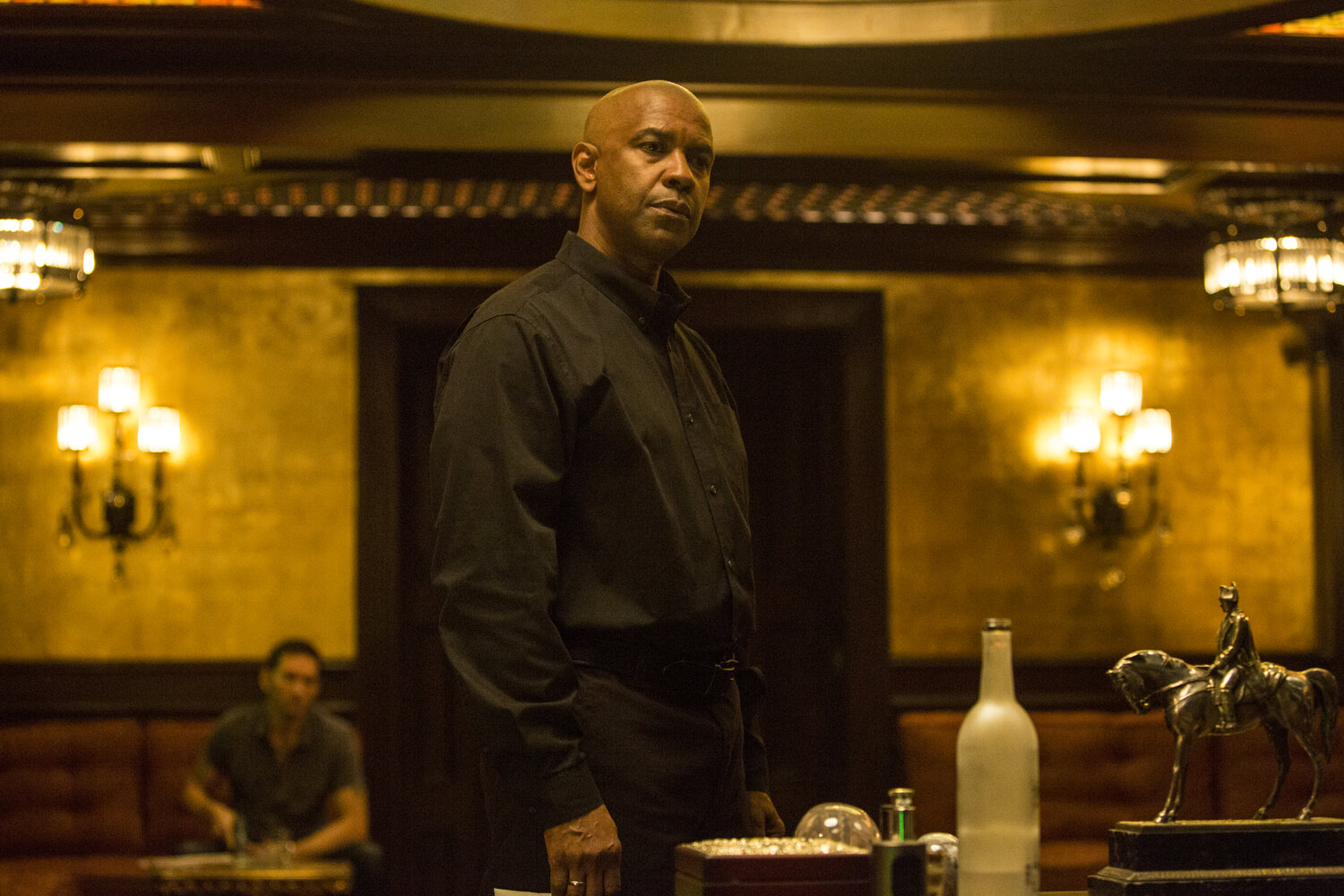 I’ll freely admit there’s something dissatisfying about the ending even though I recognize its strengths from an artistic standpoint. It takes guts for a filmmaker to break from conventions and Hancock, whose previous efforts include The Rookie and The Blind Side, isn’t afraid to do so. He sees the serial killing investigation as more of a background element. His interest is less in identifying the perpetrator than exploring the psychological impact on Deacon, who has been down this road before, and Baxter, who hasn’t. As a character study, The Little Things works. As a thriller, it’s a mixed bag and individual preferences will determine whether to classify the resolution as exhilarating or annoying.

(The movie is part of Warner Brothers’ 2021 slate and, as such, will be streaming for 31 days on HBOMax simultaneously with its theatrical release.)