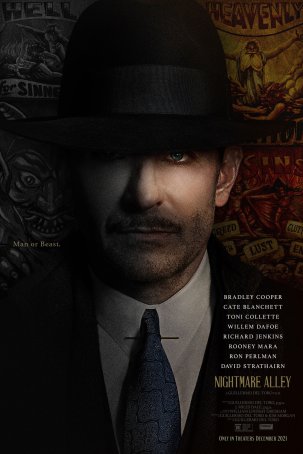 Guillermo del Toro has taken us down some dark paths before, but this is the deepest and darkest he has gone, adapting the 1946 novel of the same name by William Lindsay Gresham (which was previously made into a movie in 1947). Set during the Great Depression, Nightmare Alley pulls back the curtain on the behind-the-scenes activities of a mobile carnival, peering into the ugliness often hidden from attendees. When the scene changes to a big city (parts of Buffalo and Toronto were used for filming), del Toro allows the proceedings to shift fully into the neo-noir realm, complete with dangerous criminals, grifters, and a femme fatale. The end result is unsettling and reminiscent of what Hitchcock might have done with this premise (and without having to worry about the Hays Code).

When we first meet Stan Carlisle (Bradley Cooper), he is presiding over a pyre (specifics related to this will percolate to the surface during flashbacks). Not long after, alone and penniless, he wanders into a carnival, where he is offered a day job packing up the tents. He impresses Clem Hoately (Willem Dafoe) enough to be offered a more permanent position and it doesn’t take long for him to fit into the carny lifestyle, becoming an assistant to married mentalists Zeena (Toni Collette) and Pete (David Strathairn) and romancing “electric girl” Molly (Rooney Mara). All the while, he shows fascination with the geek – who he is and how he became what he became. But Stan is ambitious and, after learning the tricks of Zeena and Pete’s trade, he leaves with Molly for bigger things. 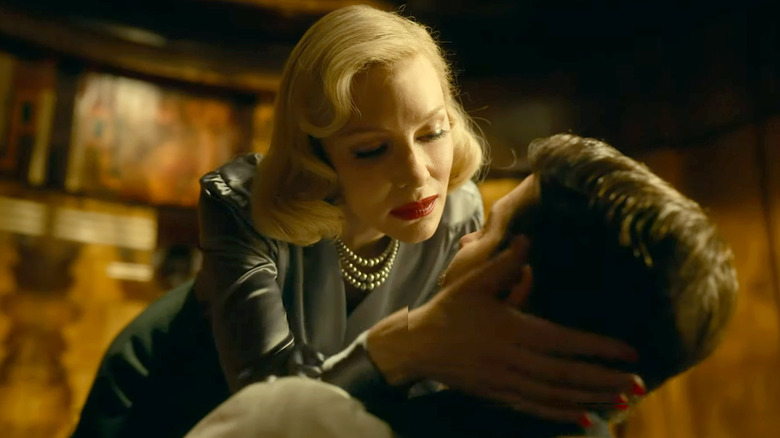 When we next catch up with the couple, they have a successful and popular act in a city, far away from carnival life. Off-stage, Stan and Molly are a couple (although apparently unmarried). On-stage, she works as his assistant and tries to keep him from veering into spiritualism, where he senses that bigger money is to be found. He is drawn into the orbit of psychologist Lilith Ritter (Cate Blanchett) and he offers her a deal – if she will provide him with insider information about her clients (some of whom are wealthy and powerful men), he’ll cut her in a percentage of the profits. She agrees, although nearly balks when it comes to Ezra Grindle (Richard Jenkins), an unstable businessman who has amassed a huge fortune to go along with a reputation as being dangerous, amoral, and mercurial. In approaching Grindle, Stan sees only dollars signs and not the obvious peril to his comfortable lifestyle.

If there’s a knock against Nightmare Alley, it’s that the running time is perhaps 15 minutes too long; there are times when the pace drags. Del Toro never hurries things; he opts for a slow-burn approach, allowing tension to simmer and build, as has always been the case with the best film noir thrillers. The protagonist, Stan, is an anti-hero in the truest sense of the word. His moral compass, if it can be said to exist, is skewed. A hard life has turned him into a cynic but his overinflated sense of his own infallibility predicts some of what happens later in the story. 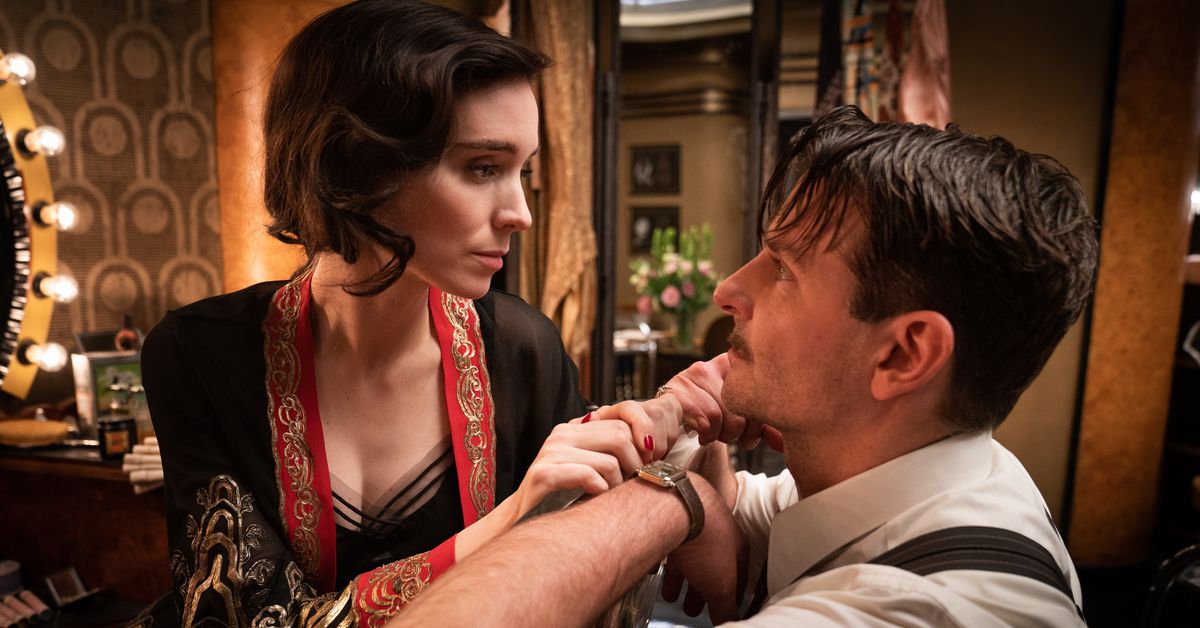 Del Toro’s visual sense, always one of his strongest points as a filmmaker, is in full bloom. Shadows abound and the carnival scenes in particular elicit a strong sense of doom and despair. Nightmare Alley can stand alongside Pan’s Labyrinth and The Shape of Water as showing the director at his artistic best. Narratively, the highlights are the give-and-take between Stan and Lilith. We know two things from the beginning: (1) he’s underestimating her, and (2) there’s more to her than is initially apparent.

This is the first time since Carol that Cate Blanchett and Rooney Mara have shared the screen although they are together for only one scene. By intention, there isn’t much chemistry between Mara and Bradley Cooper. Theirs is a cool, conventional romance with little in the way of sparks. On the other hand, Cooper and Blanchett sizzle. She plays the femme fatale role to the hilt, making it ambiguous whether she has fallen for his good looks or is simply playing him for a sucker.

Del Toro offers little in the way of humor or uplifting moments to lighten the mood. With the exception of Molly, who has a good heart, we’re neck-deep in a sea of villains and people with duplicitous motives. The darkness isn’t skin-deep; it permeates the material. Nightmare Alley may not be the feel-good film of 2021 but it leaves a lasting impression.