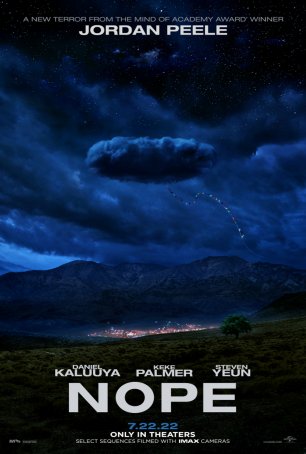 With only a previous pair of features on his resume, Jordan Peele has become one of the most interesting filmmakers working today. His directorial debut, Get Out, took the cinematic world by storm. The follow-up, Us, was less crisply written and received a mixed reception, but sold tickets at an exceptional clip. Nope gives Peele a chance to do something few post-pandemic films have been able to do: strike gold with a non-franchise title. (Although it could be argued that Peele’s name in and of itself constitutes a recognizable “brand.”)

The trailer for Nope makes it hard to pin down anything concrete about the film outside of its stars (Daniel Kaluuya, Keke Palmer, Brandon Perea, Steven Yeun, and Michael Wincott), its location (a California ranch), and something to do with extraterrestrial life. The movie itself is equally unfocused, introducing red herrings and not zeroing in on a purpose until the final act. What starts out seeming like a dark version of Close Encounters of the Third Kind turns into a monster movie. In a way, Nope has a stronger kinship with Gareth Edwards’ 2010 Monsters than it does with either the Spielberg classic or any of the creepy mystery-thrillers associated with M. Night Shyamalan. The movie spends a lot of time rambling and Peele puts the onus on viewers to pay attention in order to be able to solve the mystery. (The director has a higher opinion of the average movie-goer’s attention span than I do.) 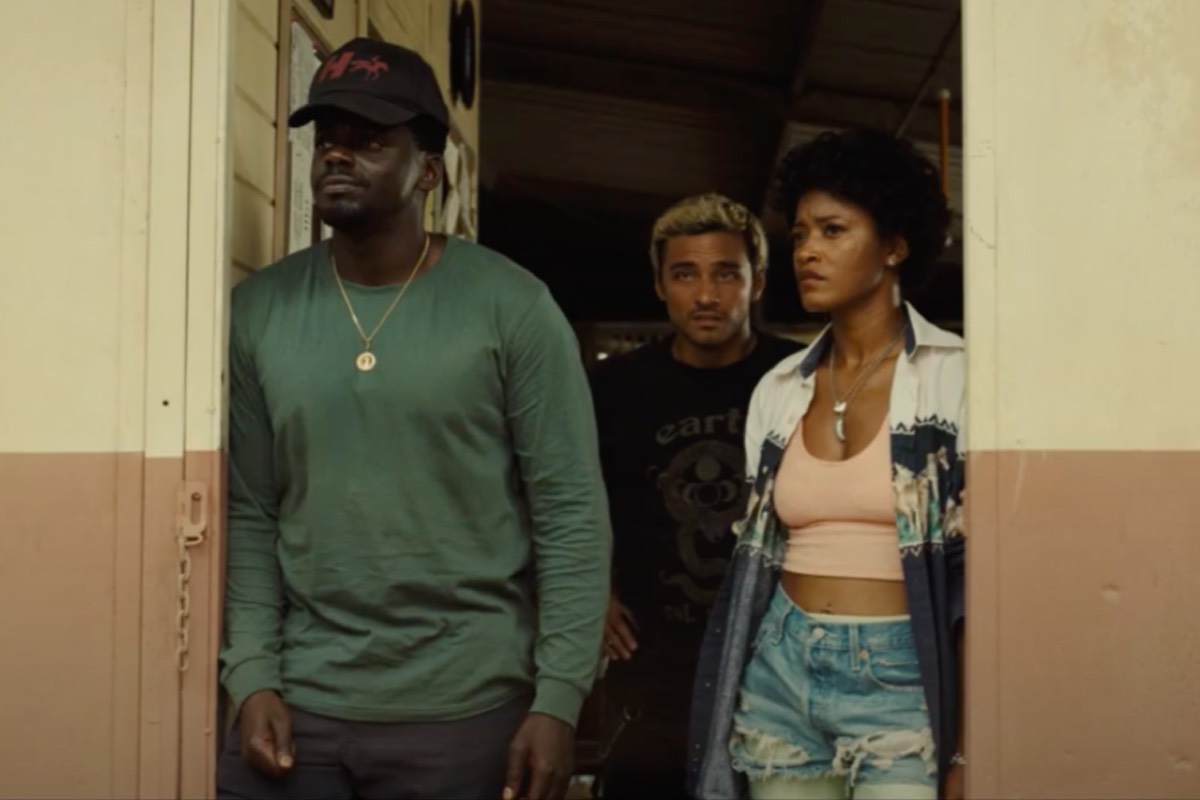 Nope opens with two prologues. One involves some kind of apparent massacre that looks like it could have been an outtake from a Planet of the Apes movie. The other introduces Otis Haywood (Keith David) and his son, OJ (Daniel Kaluuya), the proprietors of Haywood Hollywood Horses. David’s participation doesn’t qualify as more than a cameo – he doesn’t make it out of the first scene. Sometime later, we are reintroduced to the dour OJ, gamely trying to keep the family business afloat with the help of his lively sister, Emerald (Keke Palmer). But jobs for trained horses are scarce and the Haywoods need money.

OJ notices something: a cloud near the horizon that doesn’t move. Could it have something to do with the strange circumstances surrounding his father’s death? How might it relate to the carnival act of former child star Jupe Park (Steven Yeun), who runs a kitschy Wild West theme park? And could an image of what’s behind (or inside) the cloud be monetized? Forgetting that photos and moving images are easily manipulated and therefore aren’t worth what they once were, OJ and Emerald decide that this picture might be worth more than a thousand words (and dollars) and pull out all stops trying to be the first people to obtain evidence of an extraterrestrial presence. They have a friendly Geeksquad-type guy named Brandon (Angel Torres) set up some security cameras looking skyward and approach celebrated cinematographer Antlers Holst (Michael Wincott) about getting the perfect shot.

Whereas the overall narrative has a haphazard trajectory, Nope is replete with strong individual moments. As was the case with his previous features, Peele maintains a tone that seethes with black humor. It’s evident here in how characters use the title word (“Nope” standing in for “F**k no!”) and some of the more absurd interludes (such as the “alien invasion” of the stable). Peele generates tension in the right places and does a good job of dispensing clues to the mystery in a manner that maintains interest. The special effects are a combination of CGI and practical stuff that isn’t always convincing.

Made by any other director, it’s unlikely that Nope would make much of a dent in the July box office. It’s an entertaining enough movie and the sound design and visual palette make a strong case for theatrical viewing (over the phone/tablet/TV alternative) but the elliptical narrative may frustrate some viewers and the lack of an epic scope make this a most atypical would-be blockbuster. Still, Peele’s name recognition is strong and the less-is-more style of the trailer has created a level of buzz. Those who see Nope might not get exactly what they’re expecting but they may enjoy it anyway.