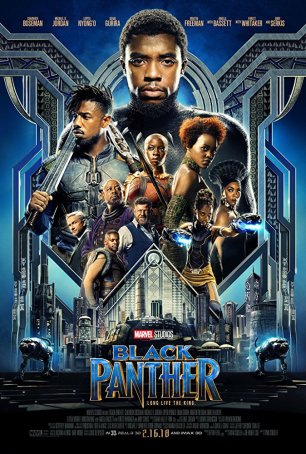 During the past year, several of the studios releasing superhero movies have upped their game, moving into new territory without tossing aside the tropes that differentiate comic book-inspired fare from its traditional action/adventure cousin. 20th Century Fox started things with Logan, a stylish meditation on sacrifice and mortality. DC followed with Wonder Woman, a celebration of kick-ass femininity. Now, to open 2018, along comes Black Panther. Although seen by some as the final lead-in to the ultimate Avengers story, this movie is much, much more. In fact, save for some plot linkage at the outset, Black Panther never lets on that it’s even in the same universe as Iron Man, Hulk, Thor, and the rest. This is the closest Marvel has come to making a stand-alone tale in many years. Even Doctor Strange felt more connected to the larger MCU. 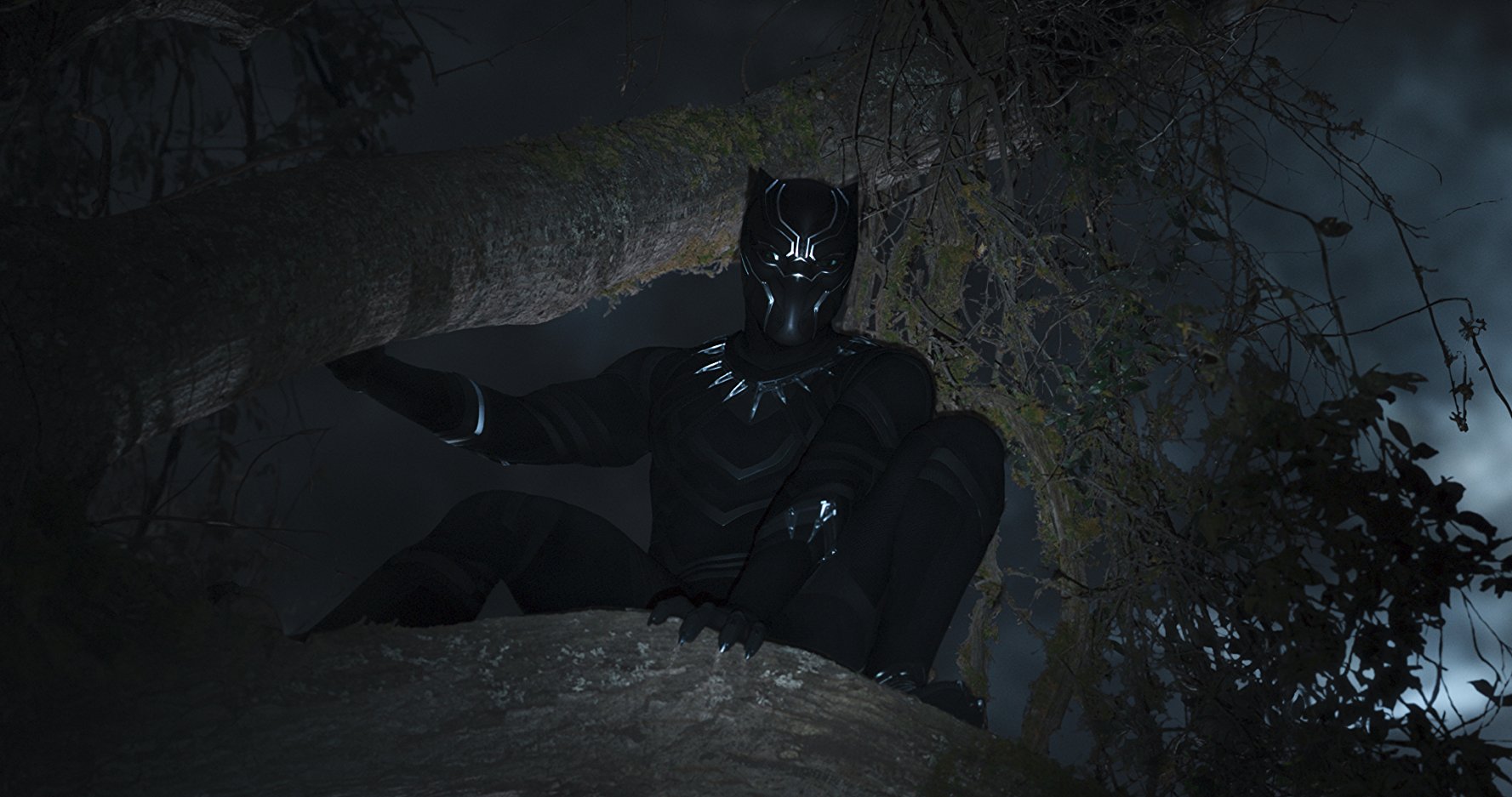 In agreeing to co-write and direct Black Panther, Ryan Coogler, who previously made Fruitvale Station and Creed, ensured that he would have carte blanche about how he presented T’Challa’s story. While remaining faithful to the character’s comic book backstory, Coogler takes the film in some unexpected directions. There’s action aplenty but it’s intermingled with more serious-minded and thought-provoking material. If there has ever been a more political superhero movie, I can’t think of it. Black Panther is in-your-face with its political perspective, neither soft-peddling its allegorical aspects nor shying away from an ideology that may be controversial in some circles. The movie embraces the philosophy of inclusion, rejecting competing notions of isolation, nationalism, and imperialism. It goes so far as to used the word “fool” when describing those who would “build barriers.” Black Panther isn’t content with characters in cool costumes pummeling each other in a special effects-laden setting.

Although this represents the first full outing for the Black Panther character (who made his debut in Captain America: Civil War), it’s more of an “introduction story” than an “origin story.” Coogler’s approach is similar to the one Tim Burton used in 1989’s Batman – don’t waste the audience’s time with a blow-by-blow description of how the Black Panther got his powers and what he initially does with them. Instead, tell a real story and sprinkle in the details along the way. It’s a more satisfying method of storytelling that what we sometimes have to slog through with initial forays.

After a prologue, which provides background, context, and an establishing scene set in 1992, the action shifts to the modern-day. The setting is the small (fictional) East African country of Wakanda. To the rest of the world, Wakanda is mired in the third-world and, like its neighbors, struggling with poverty and a lack of resources. That image is a sham, however – an illusion maintained by Wakanda’s superior technology to hide the nation’s true nature from those who would plunder its most valuable resource, the mineral vibranium. The wonders of Wakanda are known only to its residents. 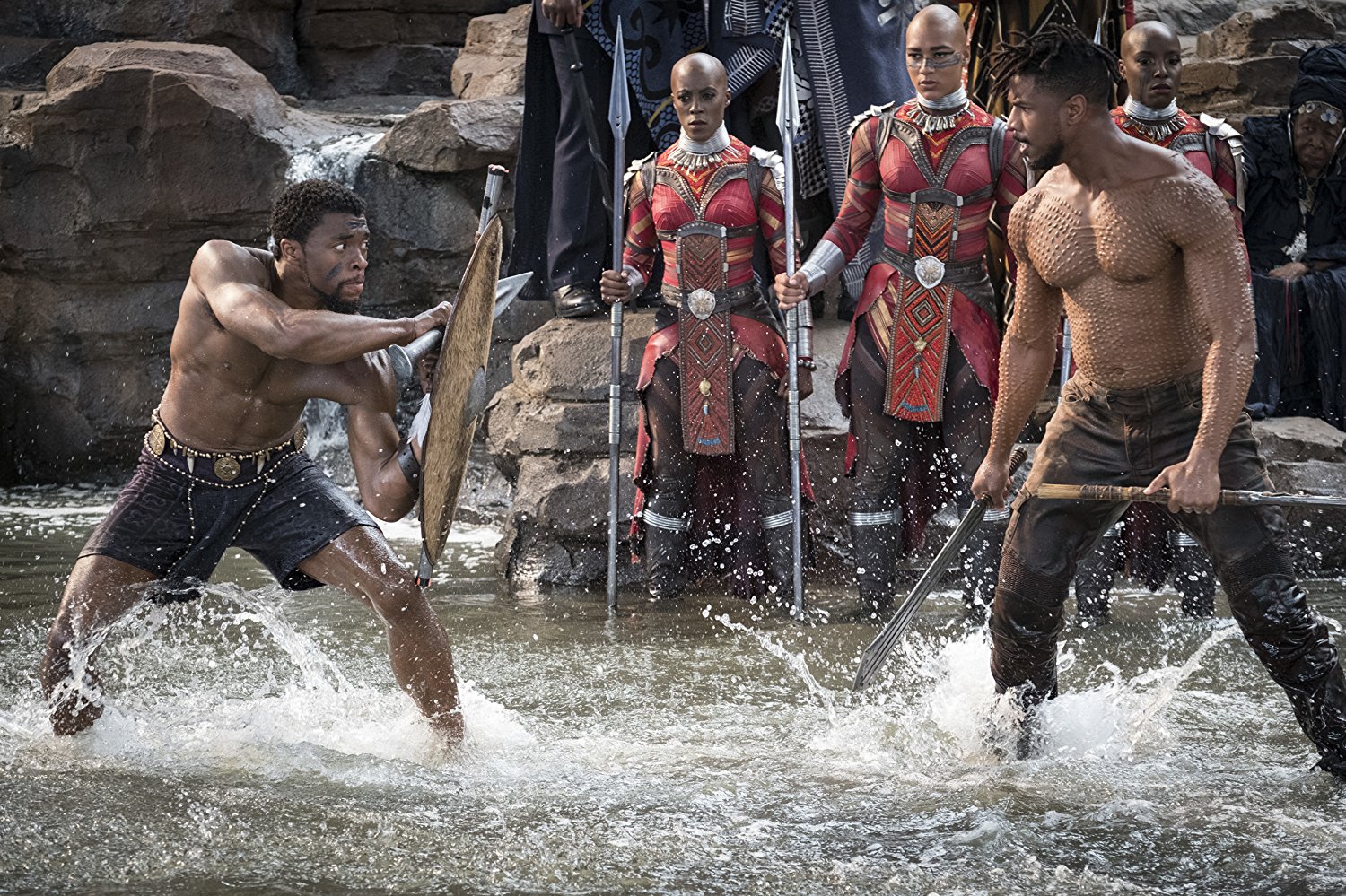 T’Challa (Chadwick Boseman) assumes the throne after the events of Captain America: Civil War (in which his father is killed in a terrorist bombing). Armed with technology developed by his super-scientist sister, Shuri (Letitia Wright), and accompanied by his former lover, Nakia (Lupita Nyong’o), and the head of the military, Okoye (Danai Gurira), T’Challa travels to South Korea to capture an amoral mercenary named Ulysses Klaue (Andy Serkis), who is selling vibranium on the black market. On this mission, he encounters CIA agent Everett Ross (Martin Freeman), who previously appeared in Captain America: Civil War. The mission to bring Klaue back to Wakanda ends in failure. T’Challa returns home not with a criminal in tow but with the critically injured Ross, who takes a bullet to save Nakia. A short time later, a stranger, Erik Killmonger, appears at Wakanda’s border with an unconventional gift and a shocking story – one that allows him to challenge T’Challa in mortal combat for the right to lead Wakanda.

Black Panther is the first MCU movie to feature a black superhero as the title character. (It is not, however, the first Marvel movie with that distinction. Wesley Snipes’ Blade, who made three appearances in the late 1990s and early 2000s, broke the “color barrier”, although the cinematic superhero landscape of that era was much different.) Black Panther celebrates its blackness, ensuring that nearly every role – big, small, and in-between – is played by a black actor. On some level, Black Panther is a pushback against a Hollywood culture that shies away from “black films” made for mainstream audiences. The director takes things a step further by employing a reversal of a typical stereotype. Many white-dominated movies feature a token black character (an inclusion that allows them to claim “racial diversity”). Coogler flips this by making Martin Freeman the token white character. Aside from Freeman and Andy Serkis (old buddies from their Peter Jackson days), the only non-black actor with any noteworthy screen presence is Stan Lee, making his expected cameo. (Lee, along with Jack Kirby, created Black Panther in 1966.)

The film’s chief villain, the angry and revenge-minded Killmonger, is a different sort of bad guy than what we’re accustomed to getting in superhero movies. Unafflicted by megalomania, Killmonger is motivated by a personal animus and a desire to use violence and chaos to redress the worldwide oppression of black people. He intends to use the resources of Wakanda to achieve that. He is perhaps the most nuanced antagonist ever to emerge from the MCU tapestry. He is not demonized; in fact, the screenplay goes to great lengths to emphasize the tragedy of his genesis and how, were it not for the misguided actions of “good” people, he might never have become the man he became. In keeping with superhero movie expectations, there is a climactic battle between Killmonger and T’Challa but, unlike the resolution of Wonder Woman, it’s not an anticlimax and the conclusion of the struggle is not by-the-numbers. 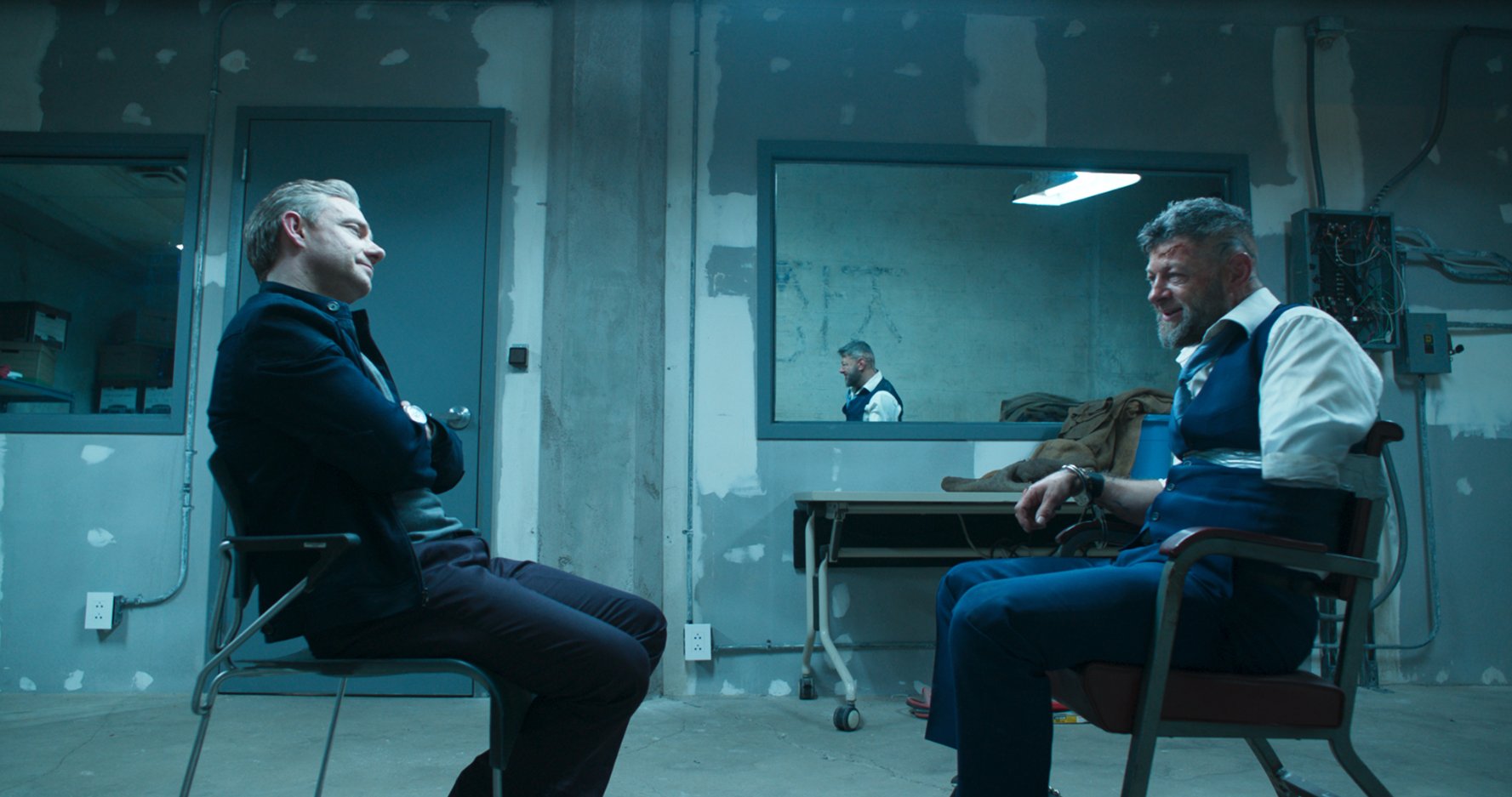 In casting Black Panther, the filmmakers have assembled a group of today’s best young black actors, with a veteran or two thrown in for good measure. Chadwick Boseman’s T’Challa is a fine addition to the MCU (something we can see now that he has more than a supporting part) – a versatile performer whose previous roles include Jackie Robinson (42), James Brown (Get on Up), and Thurgood Marshall (Marshall). Michael B. Jordan makes his third appearance for Coogler, following leads in Fruitvale Station and Creed. Lupita Nyong’o, Danai Gurira, and Letitia Wright play the three strong, self-assured women who fight alongside T’Challa. Angela Bassett, as T’Challa’s mother, and Forest Whitaker, as his mentor, represent an older generation. Martin Freeman and Andy Serkis help connect Black Panther to the MCU.

Black Panther is arguably the most audacious movie to emerge from the MCU to-date and has to be in the conversation when considering the all-time best comic book-inspired stories. Although the structure is rooted in the superhero tradition, the production rarely feels limited by that classification. It takes us to new places and sloughs off the generic label that adheres to many films of the genre, providing an experience that is by turns exciting, emotional, and funny. This is 2018’s first great motion picture – a title that will surely be remembered when “end of the year” bests are discussed.