The process of transforming beloved animated classics into live-action versions has become a modern cottage industry. This self-cannibalization has included titles like Cinderella, Snow White, Sleeping Beauty, and now The Jungle Book (with Beauty and the Beast waiting in the wings). To be sure, The Jungle Book isn’t a “Disney property” but the 1967 animated film is probably better known than Rudyard Kipling’s source material and that’s the edition Jon Favreau has turned to for inspiration. The kinship is close enough that three songs from the 49-year old film make “cameos” in the 2016 movie (although one is spoken, not sung). Yes, fans can get their “Bare Necessities” fix.

The Jungle Book is well-made and deserves recognition as one of the year’s best family offerings (thus far). With its effective mix of dazzling visuals, energetic action/adventure sequences, and low-key humor, this is as at least as good as the 1967 cartoon (which, although beloved, isn’t representative of Disney in top form) and exceeds the pathetic 2003 sequel by a wide margin. It’s also not quite as child-friendly as one might expect from a PG-rated movie. Sensitive movie-goers under the age of about 8 may find some of the animal-on-animal violence unsettling.

The story focuses on the exploits of a “man cub” named Mowgli (Neel Sethi) who was raised in the Indian jungle by a tribe of wolves. He calls Raksha (voice of Lupita Nyong’o) and Akela (Giancarlo Esposito) his parents even though they’re obviously of a different species. Although most of the other animals accept Mowgli, there’s one dissenter: the tiger Shere Khan (Idris Elba), whose hatred for humans runs so deep that he won’t accept anything less than Mowgli’s death. To promote his own survival, Mowgli must make the journey to the nearest human habitation and “turn himself in.” Along the way, he’s helped by friends like Bagheera the panther (Ben Kingsley) and Baloo the bear (Bill Murray) while others like Kaa the snake (Scarlett Johansson) and King Louie the gigantopithecus (Christopher Walken) are less kindly disposed toward his quest. 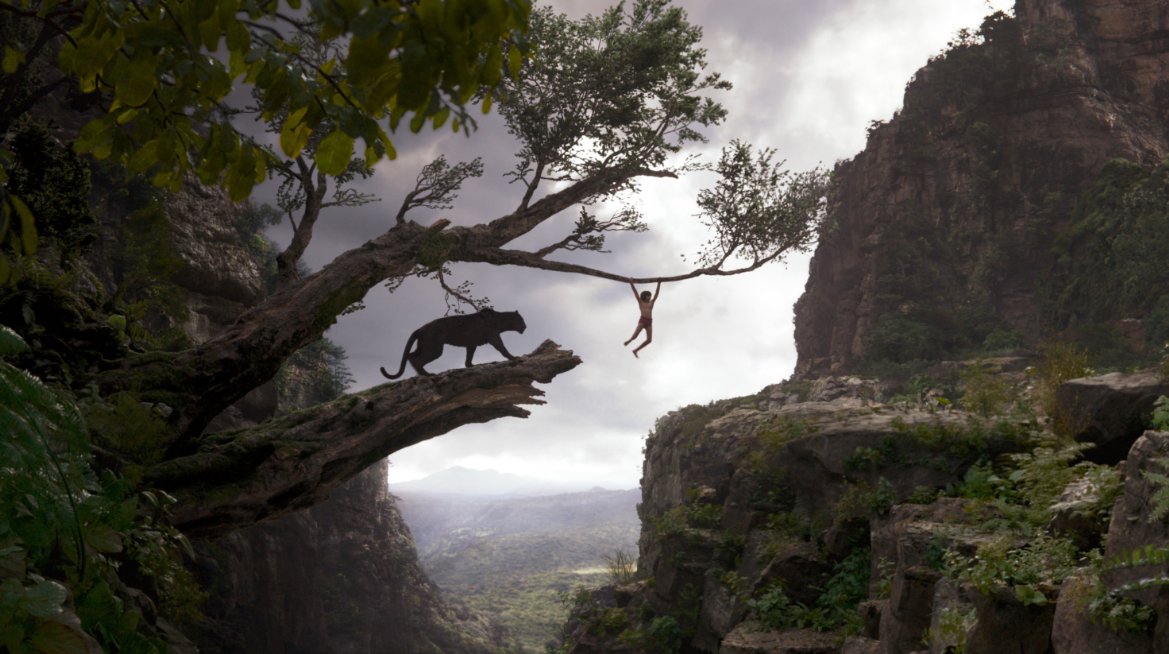 Although we get snatches of “The Bare Necessities” and “I Wanna Be Like You,” The Jungle Book isn’t a musical. Those songs exist primarily as homages to the 1967 movie and because, especially in the case of “The Bare Necessities,” viewers would complain about their absence. The sequences with Baloo provide some needed comedic relief. Parts of The Jungle Book are intense and Shere Khan is anything but loveable. There are enough lighthearted moments to keep The Jungle Book firmly in the family-friendly category but Justin Marks’ screenplay doesn’t shy away from dark scenes and tragedy. The film is probably only a whisker’s breadth from a PG-13 rating.

Without dissecting the merits of the 3-D version (it neither adds to nor detracts from the overall experience but isn’t as immersive as the marketing would have customers believe), I can say that The Jungle Book is a pleasure to watch. Favreau takes the time and effort to make the jungle into a vibrant, varied environment. More impressively, the four-legged inhabitants are rendered so realistically it’s almost impossible to accept that they were (for the most part) created on computers using motion capture techniques. The only traditional “actor” in The Jungle Book is newcomer Neel Sethi; everyone else is the product of CGI, making this more of a hybrid production than a pure live-action endeavor. 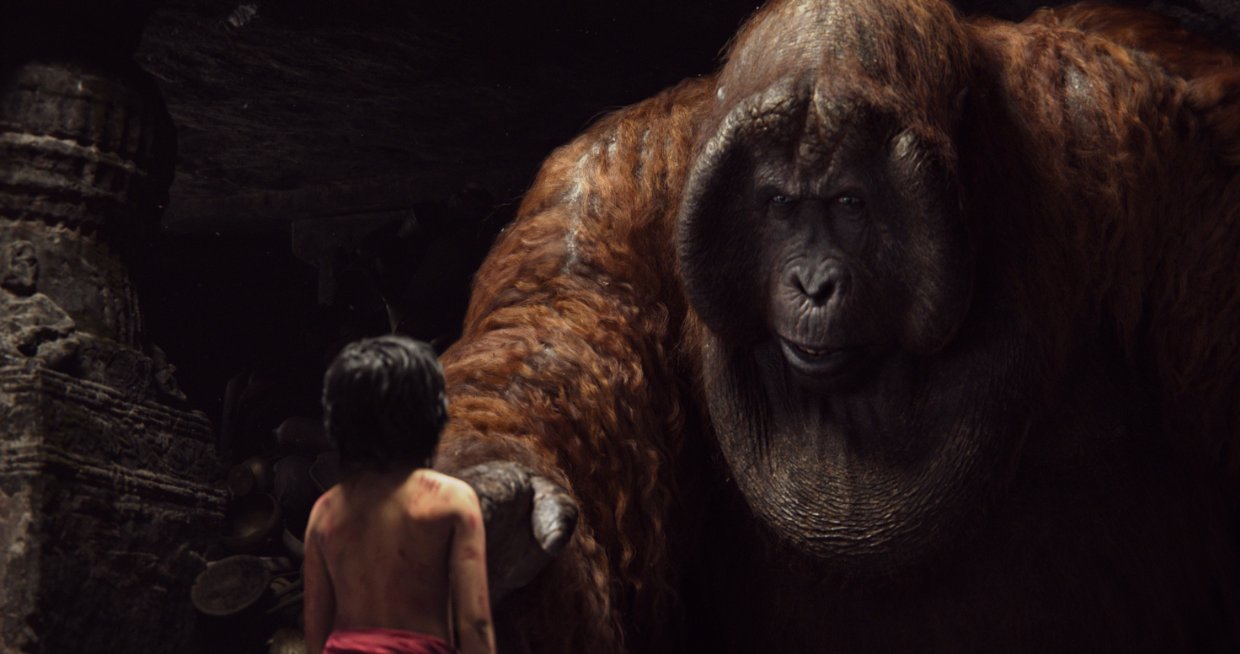 The voice actors are good choices across-the-board. Ben Kingsley brings the appropriate level of gravitas to the strait-laced Bagheera. Elements of Bill Murray’s personality bleed through into Baloo. Idris Elba, who is becoming one of Disney’s go-to performers (Zootopia, The Jungle Book, and Finding Dory), uses his bass pipes to enhance Shere Khan’s forceful and frightening persona. Christopher Walken’s King Louie is a more twisted interpretation of the character than we’ve previously encountered. And Scarlett Johansson lends a feminine, serpentine touch to a mostly male-dominated cast. (This marks a reunion of sorts for her and Murray, who were last together in Lost in Translation.)

The Jungle Book has been strategically released at a time when the box office is pretty quiet so it should have no trouble filling seats. Although not the best live action reinterpretation of an animated film, it’s good enough to make the time and effort to see, especially for fans of the earlier version or the genre. This edition of The Jungle Book may not go down in history as a classic but kids (and maybe their parents) will love it all the same.