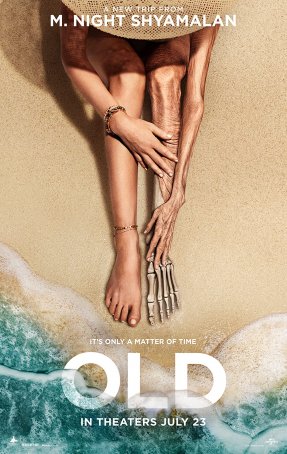 Warning: This review contains general spoilers. Although these have been revealed in the film’s trailer, they may provide more information than some readers prefer.

Sometimes the worst thing that can happen to a filmmaker is to have an unexpected breakthrough success at a young age. M. Night Shyamalan isn’t the first director to have spent the bulk of a career trying to recapture something of the success he found with an early movie. And, although some of his films have found a modicum of acceptance in their own right, his name has become inextricably entwined with The Sixth Sense. No matter how far he strays from that film’s premise, the reputation of the overrated ghost story overshadows everything with the “Shyamalan” name attached.

Old finds the director playing in Twilight Zone arena. However, while it’s not hard to envision how the ideas in the movie could result in something compelling, the execution is lacking. The production is hampered by awkward moments, inexplicable lapses, absurd dialogue, and stilted acting. Although the location (a tropical paradise) is evocative, the movie trudges along with characters we don’t care about and circumstances that are less interesting than they should be. In fact, the backstory – which is given perfunctory screen time at the beginning and in a few wordy, expository scenes near the end – is more intriguing than the stories of the various characters at Old’s center.

As a B-movie throwaway, Old offers a few shallow pleasures, although the roads not taken offer potentially richer experiences than the predictable pathway traversed by Shyamalan’s screenplay (adapted from the graphic novel “Sandcastle”). Late in the proceedings, the movie addresses the question of bio-ethics during an expository sequence (to paraphrase Star Trek, “Should the needs of the few outweigh the needs of the many?”), but the film doesn’t do much beyond raise the question. Including this scene is an attempt to elevate Old above the level at which most of the movie exists, but it doesn’t work. 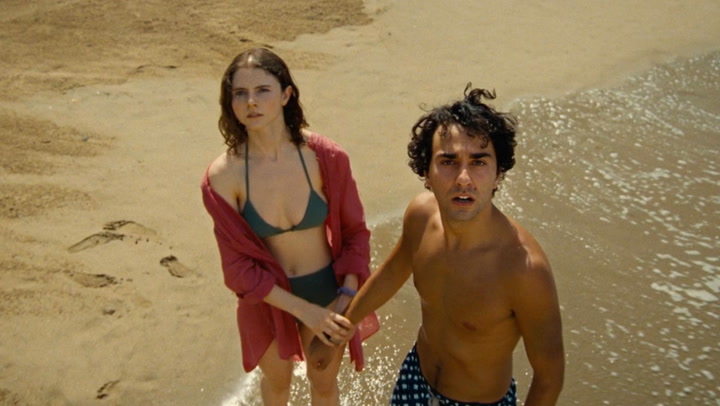 The majority of the running time details the trials and tribulations of eleven characters who are stranded on a pristine beach surrounded on three sides by unscalable cliffs. The normal means of entry/exit are blocked by a mysterious force field that causes pain and unconsciousness to anyone attempting to breach it. After being seduced into visiting the beach by the people running the resort where they are staying, the group learns a terrible truth about their destination: time runs differently there – they are subject to rapid aging at the rate of about two years per half hour.

Guy (Gael Garcia Bernal) and Prisca (Vicky Krieps) are on the island for a final vacation before a divorce. With them are their two children, 11-year old Maddox (Alexa Swinton) and 6-year old Trent (Nolan River). Charles (Rufus Sewell), the head doctor at a hospital, and his trophy wife, Chrystal (Abbey Lee), are there with their young daughter, Kara, and his elderly mother, Agnes (Kathleen Chalfant). Also on the beach are Patricia (Nikki Amuka-Bird) and her husband, Jarin (Ken Leung), and rapper Mid-Sized Sedan (Aaron Pierre). While the aging isn’t immediately apparent with the adults, it is quickly evident with the children – after a few hours, Maddox (Thomasin McKenzie), has noticeably more curves and Trent (Alex Wolff) and filled out. As he and Kara (Eliza Scanlen) enter late adolescence, they begin to explore their sexuality.

Interpersonal interactions reveal tensions. Although Guy and Prisca’s relationship strengthens during their period on the beach, Charles and Chrystal’s disintegrates. When a dead body is discovered, Charles points the finger of blame at the reclusive Mid-Sized Sedan. The doctor also shows early signs of a personality disorder and paranoia. The teenage relationship that develops between Trent and Kara creates new difficulties as neither is emotionally or intellectually able to cope with the rapid changes to their bodies. As the clock ticks away their youth and vitality, the vacationers become increasingly desperate in their struggles to find a way of escape. 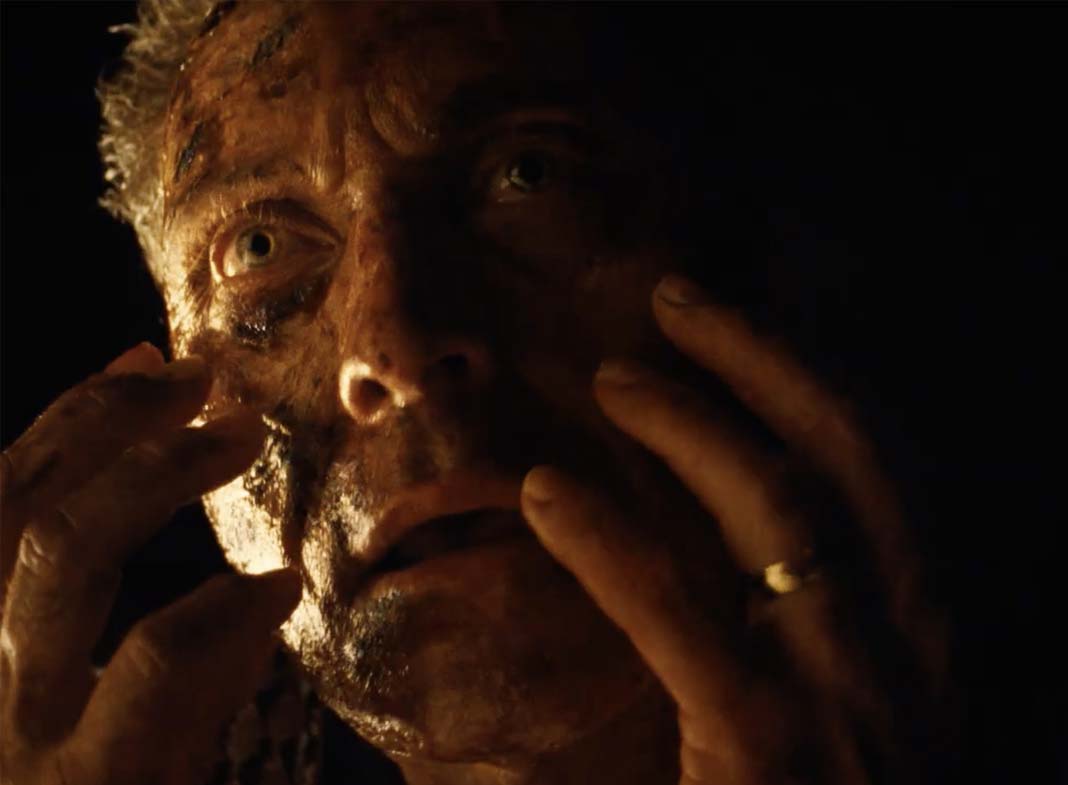 The film lacks any of Shyamalan’s trademark twists – once it’s understood that rapid aging is occurring, the movie doesn’t have many surprises. The editing is uneven, making one wonder whether there was originally a much longer cut that got trimmed down during post-production. Character development is largely ineffective with most of the people acting in odd, irrational ways to satisfy plot needs. (Contrivances and coincidences abound.) The biggest victim of this is Charles although his entire family is poorly served.

Because this is supposed to be a horror film, a few requisite grisly sequences are included, although one of them borders on horror/comedy. The PG-13 rating noticeably hamstrings Shyamalan, who employs distracting camera tricks to avoid showing nipples or too much blood. Plot holes abound, many of which don’t require post-screening reflection to identify. The movie doesn’t make a lot of sense and it doesn’t help that the dialogue is poorly written and clumsily delivered.

For a few years back in the 2000s, the Shyamalan brand meant something. Now, with so many years since the director has made something worth watching, it’s perhaps time to admit that the well has run dry. Old is as wrinkled and decrepit as the title makes it sound.