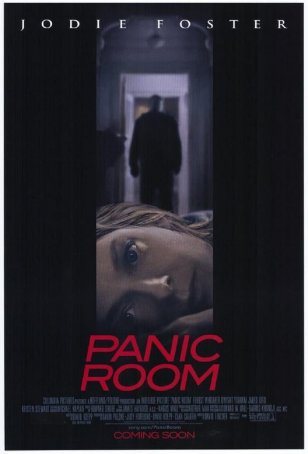 Critics writing reviews of Panic Room will likely delve into the cliché bag and pull out some of these familiar phrases: pulse-pounding, edge-of-the-seat, white-knuckler, thrill-a-minute, etc. However trite those sayings might be, they are appropriate for this tautly paced and slickly executed motion picture from populist auteur David Fincher. The film's gamesmanship is superior: a cat-and-mouse affair that sometimes features the skill, moves, and counter-maneuvers of chess and, on other occasions, plays out like a game of chicken. Because the protagonist is a woman, we are spared an overdose of testosterone, but the high level of adrenaline more than makes up for it. It's almost like there's a feedback loop between the characters and the audience. Their tension feeds off of ours, and vice versa.

The premise is simple enough, and the kind of idea Hitchcock would have enjoyed toying with. Meg Altman (Jodie Foster) is recently divorced from her millionaire ex-husband, Stephan (Patrick Bauchau). Alone with her daughter, Sarah (Kristen Stewart), she moves into a large Brownstone in the Upper West Side of Manhattan. It's an amazing place, with spacious rooms, and elevator, and, most interestingly, a "panic room". Designed to keep out intruders, the small chamber is protected by steel-plated walls, ceiling, and floor, and a door that is close to impervious. The panic room has its own ventilation system, a telephone line that isn't connected to the house's main one, and a bank of video cameras that show virtually every corner of the brownstone. 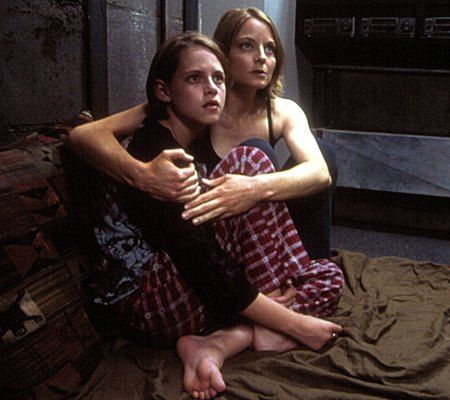 On the night that Meg and Sarah move in, they find themselves locked in the panic room in an attempt to escape a trio of threatening men who break into their house. Burnham (Forest Whitaker), Junior (Jared Leto), and Raoul (Dwight Yoakam) have come to steal something specific. Unfortunately, what they want is locked in the panic room with Meg and her daughter. Thus begin the games as the robbers seek to smoke out the victims. And things become further complicated when Burnham, Junior, and Raoul realize that there truly is no such thing as honor amongst thieves.

Panic Room does what all the best suspense-based thrillers accomplish: it keeps us on edge for about 90 minutes. It's not hard to become enveloped in the movie's spell. Fincher's style, which involves a restless, roaming camera, lots of shadows, and tension that builds to almost unbearable levels, pulls us in. Are there logical flaws? Undoubtedly, but they don't become apparent until long after the house lights have come back on. And the script rewards us with a rarity: both protagonists and antagonists who are smart. The resolution of Panic Room doesn't hinge on who makes the most stupid blunders, but on who outthinks the other. And there's a nice twist at the end. Unorthodox as it may be, it feels right. 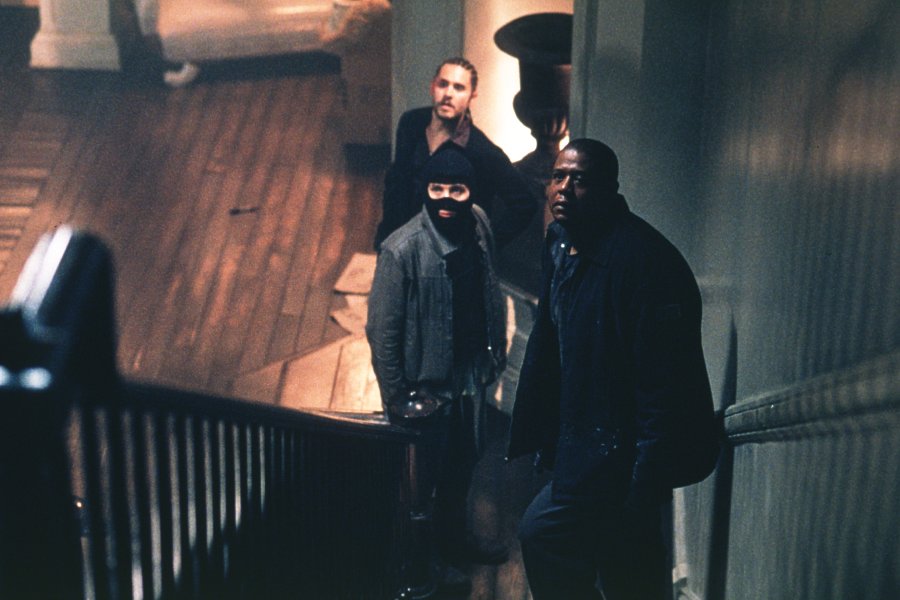 This is much more a showcase for the director than for the actors. However, the contributions of the performers should not be overlooked. Panic Room succeeds because Jodie Foster (replacing Nicole Kidman, who had to bow out due to an injury) and Kristen Stewart create characters we care about. We believe the mother/daughter bond, and experience a sense of urgency when a critical plot point is revealed. Forest Whitaker is effective as Burnham, a burly man who is torn between greed and remorse. The man who constructed the panic room, he may be the only one who recognizes its weaknesses. As Junior, Jared Leto brings a manic quality to the part, and actor/singer Dwight Yoakam develops the nearly-silent Raoul from a background observer into a menacing, psychopathic presence.

It's conceivable that, with a different director, the same script could have resulted in a grade-B thriller. As he has repeatedly proven over the course of his career, Fincher is a master of style. He knows how to use a camera to bring us into the action rather than keeping us at arm's length. He understands that rain isn't just a meteorological condition but a means to accentuate a gloomy atmosphere. Even the opening credits are presented in an atypical fashion. And, bucking the trend of recent movies, Fincher eschews quick cuts in favor of long, leisurely ones. He knows what he's doing, and the proof is in the result. The suspense in Panic Room never ebbs, and that makes for a thoroughly entertaining, although exhausting, 108 minutes.