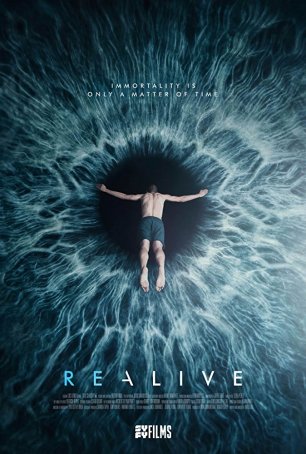 When it comes to modern science fiction schlock, no TV network is more closely associated with the genre than Syfy. With titles like Megapiranha, Rage of the Yeti, Mongolian Death Worm, and Man with the Screaming Brain dotting the viewing schedule, Syfy hasn’t established a reputation for thoughtful or intelligent science fiction. So my skepticism approaching Realive, one of the company’s first forays into theatrical distribution, is understandable. Surprisingly, this has turned out not only to be light years better than any movie previously associated with the “Syfy” brand but one of the year’s best science fiction titles. Relying more on existential and philosophical issues than action or cheesy special effects, Realife represents the kind of movie I want to see more of.

The man at the helm is Mateo Gil who wrote the 1997 thriller Open Your Eyes, which remains one of the ten best films I have ever seen at a film festival (it was later re-made by Cameron Crowe as Vanilla Sky). Here, Gil uses a minimalist, sterile approach to create the futuristic world of 2084, where much of the story transpires. He doesn’t try to do too much and, as a result, gets away with limited CGI. The lack of visual busyness allows us to concentrate on the meat of the story – and there’s quite a bit to chew on. 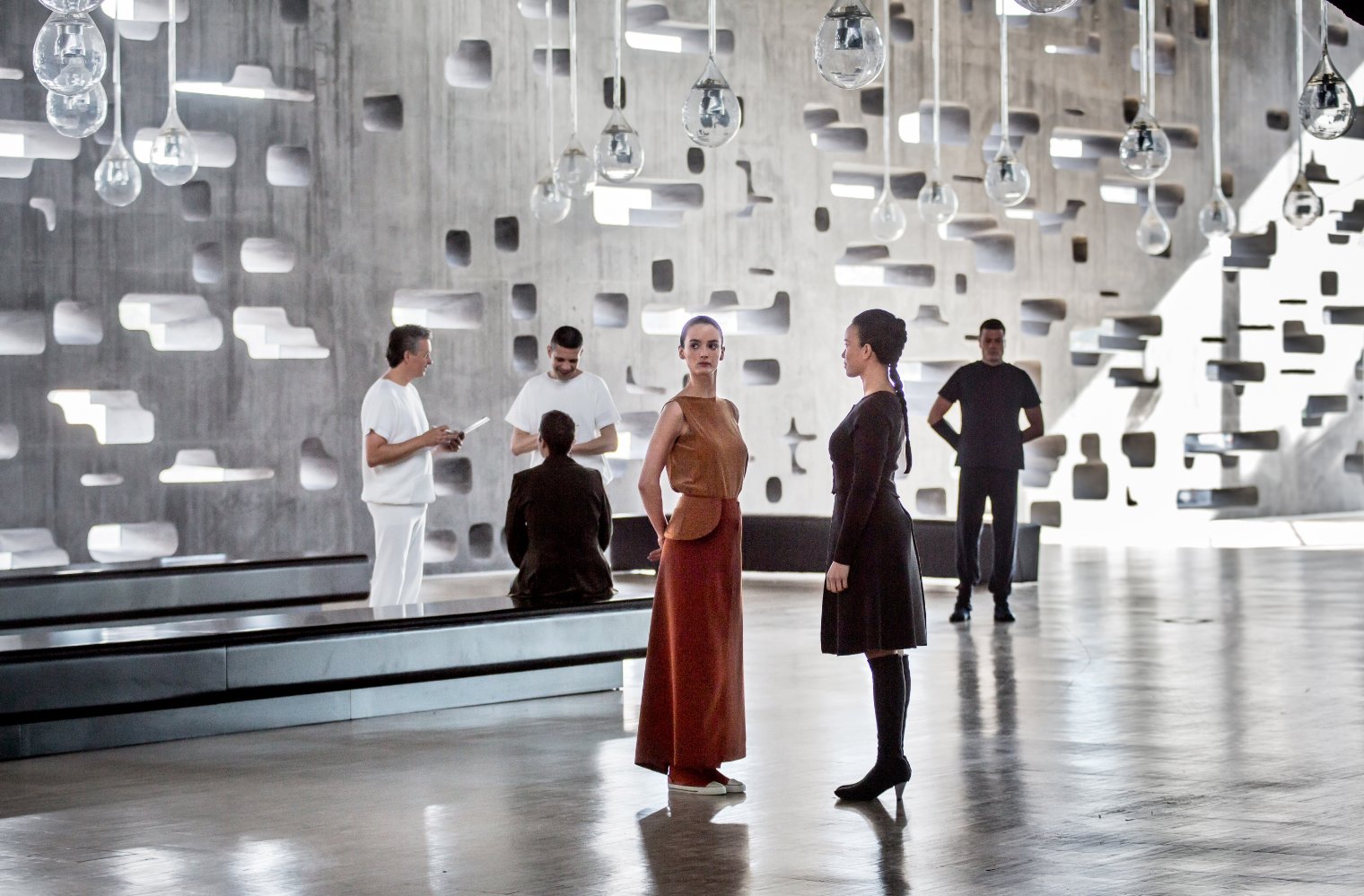 We’re introduced to Marc Jarvis (Tom Hughes), the first man to be brought back to life from cryogenic sleep. He represents the first success of Project Lazarus, helmed by the ambitious visionary Dr. West (Barry Ward). Only about 25% of Marc’s original organic matter has survived (mostly his brain), so his new body is primarily a hybrid of flesh, blood, and cybernetics. When Marc awakens, he is understandably panicked but, over time, he acclimates to his new reality with the help of his nurse, Elizabeth (Charlotte Le Bon). Meanwhile, the movie provides us with flashbacks detailing Marc’s life before the freezing. These memories include his on-again/off-again relationship with the love of his life, Naomi (Oona Chaplin), his diagnosis of incurable cancer, and his decision to commit suicide so that his body can be preserved in an optimal state (rather than riddled by chemotherapy drugs).

Marc soon realizes that life for him in 2084 isn’t going to be what it was in 2014. Everyone he knew, including Naomi, is dead. He has no friends. He is out-of-touch with technology (like a device that can record and playback his memories). Parts of his brain are decaying. He can walk but only slowly and haltingly. He has become a prisoner in a life that he suddenly no longer wants but cannot escape. As he confesses at one point, he never really thought he would ever be brought back. They cryogenics were there to give him hope at the end. 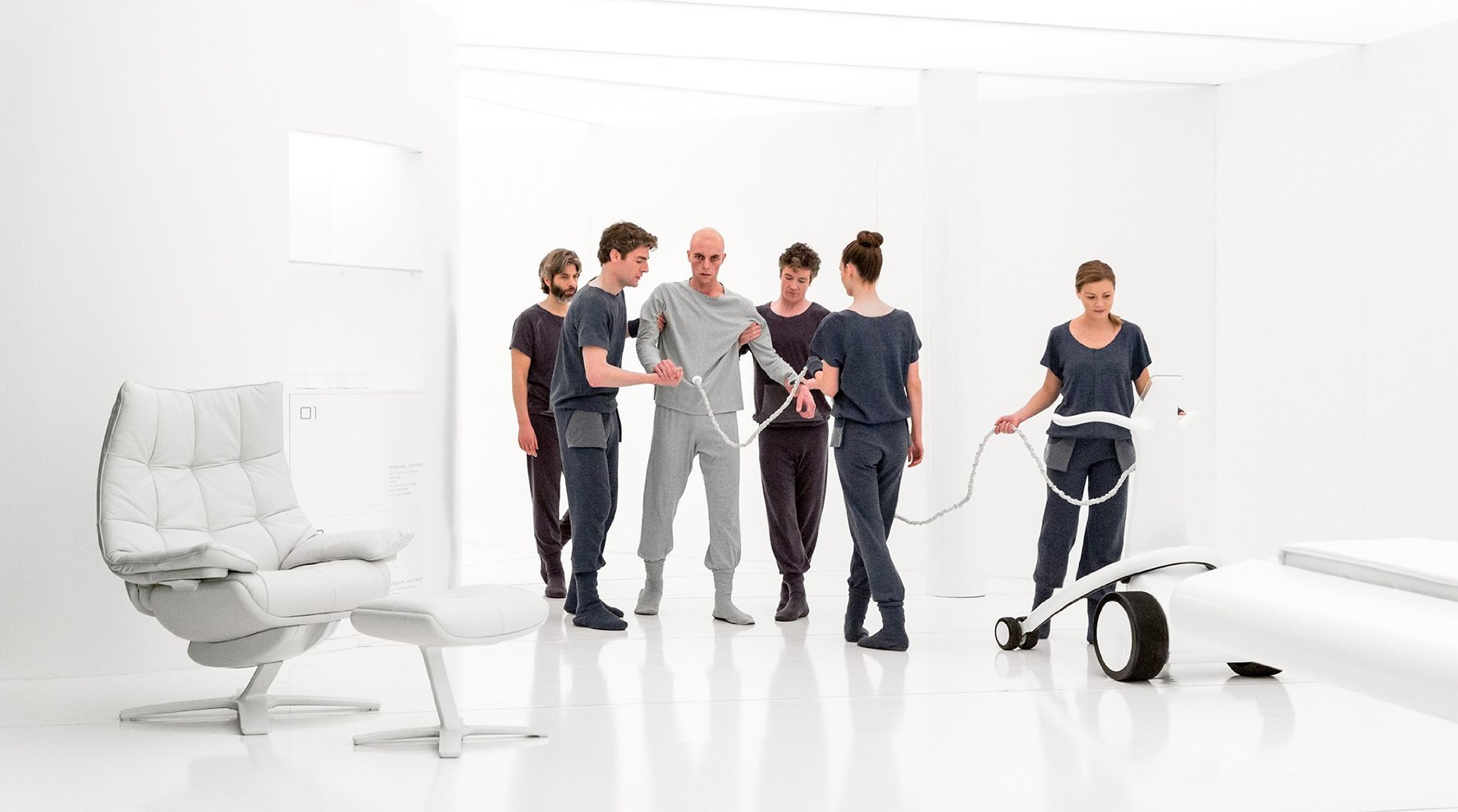 Like most good science fiction, Realive is boiling with ideas. The overarching theme asks what constitutes life. Is there a soul and, if so, what happens to it when the body is reconstituted using spare parts to make up a large percentage of its new shell? What’s more important: the continuation of an existence or life lived to its fullest? When it comes to resurrecting human beings and crossing into this kind of Frankenstein territory, where is the ethical line of demarcation? Mary Shelley wrestled with these issues 200 years ago and we haven’t gotten any closer to resolving them since then.

There are a few things in Realive that don’t work as well as they might have. The relationship between Marc and Elizabeth remains cold despite their blossoming intimacy. There’s no chemistry whatsoever between actors Tom Hughes and Charlotte Le Bon. Fortunately, Hughes and Oona Chaplin ignite sparks during the flashback sequences – something necessary to generate the longing and sense of loss that permeates Marc’s new life. Also, the concept of being able to record and relive memories is underused. It seems thrown in primarily to remind us that this is the future and VR has evolved beyond where it is today.

I assume Realive is eventually destined to be shown on Syfy. If so, it will represent a radical upgrade from the network’s current fare. The decision to opt for a limited theatrical release and initial video-on-demand availability is a solid decision. This is the kind of science fiction that fans will pay for and, by not forcing it to slum with the likes of Mega Python vs. Gatoroid, it is being given a chance as a serious-minded, intelligent exploration of the human condition.