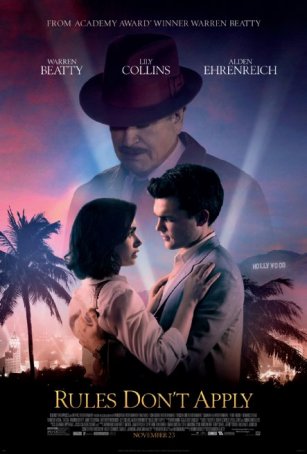 Rules Don’t Apply is a strange, schizophrenic sort of movie. Despite moments of emotional strength and bursts of quirky comedy, the film is undone by its generally lethargic tone and the film’s insistence to shift its focus from the putative lead characters to a supporting player who would have been better off left (literally and figuratively) in the shadows.

For the 79-year old actor/writer/director/producer Warren Beatty, Rules Don’t Apply is his first project since 1998’s Bulworth and his first appearance in front of the camera in a decade and a half. The film, like nearly all of Beatty’s projects, is entirely his. He wears almost every hat that matters and his micromanagement and attention to detail are legendary. Sometimes it works; sometimes it doesn’t. Although Rules Don’t Apply is far from a disastrous outing, there’s nothing special about it. It features some nice performances and contains some strong material but, as a whole, the movie is too slow and too long to really work.

As it warns at the beginning, Rules Don’t Apply doesn’t adhere to the historical record. A subtitle advises us that “names and dates have been changed,” and this isn’t an exaggeration. The film is set in the late 1950s and early 1960s but many of the events presented herein transpired during the 1940s. Likewise, although various characters resemble real-life individuals, only a handful actually existed. In fact, the two protagonists, Frank Forbes (Alden Ehrenreich) and Marla Mabrey (Lily Collins), are Beatty’s inventions. 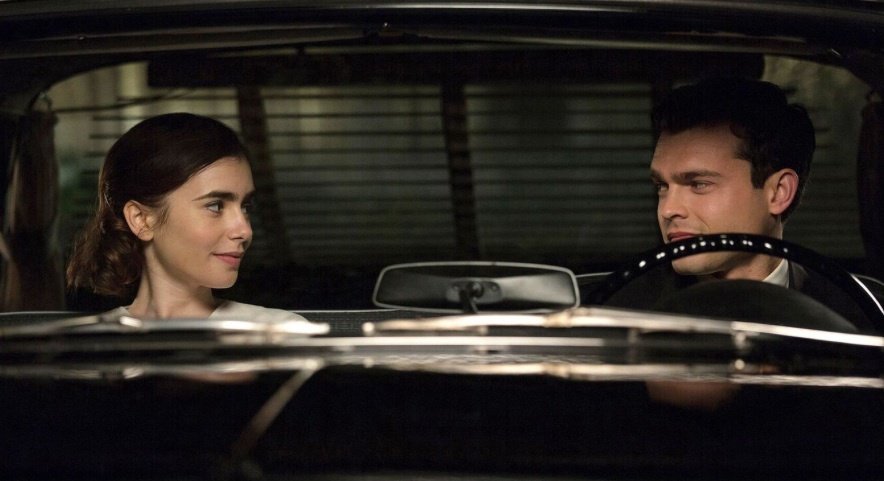 Rules Don’t Apply opens as an unlikely romance between Frank, a driver for reclusive billionaire Howard Hughes (Beatty), and Marla, one of Hughes’ small stable of “contract players.” Marla, a devout Baptist, has come to Hollywood (chaperoned by her mother, Lucy, who is played by Beatty’s wife, Annette Bening) to chase fame. The attraction between Frank and Marla is immediately apparent but there are obstacles to a love affair. In the first place, Hughes has a hard-and-fast rule against flirtations between drivers and their charges. In the second place, Frank has a flame “back home” to whom he is practically married. However, as things heat up between Frank and Marla once Lucy has departed, Hughes inserts himself forcefully into both of their lives. He enters into a business venture with Frank and something more personal develops between him and Marla.

The love story, although full of clichés, is well-told. The characters are likeable and actors Ehrenreich and Collins display good chemistry. The movie starts to unravel, however, as Hughes moves from being a background player to taking center stage. Suddenly, the carefully developed romance loses its prominence. Beatty’s interpretation of the legendary eccentric is on-target but the film’s shift in focus isn’t welcome. The character is so much larger-than-life that he sucks all they oxygen from every scene in which he appears. Rules Don’t Apply is much better in the early-going when Hughes is only briefly glimpsed. He’s like the shark in Jaws - less is more. Had the shark dominated the screen and demanded frequent close-ups, Jaws wouldn’t have worked. 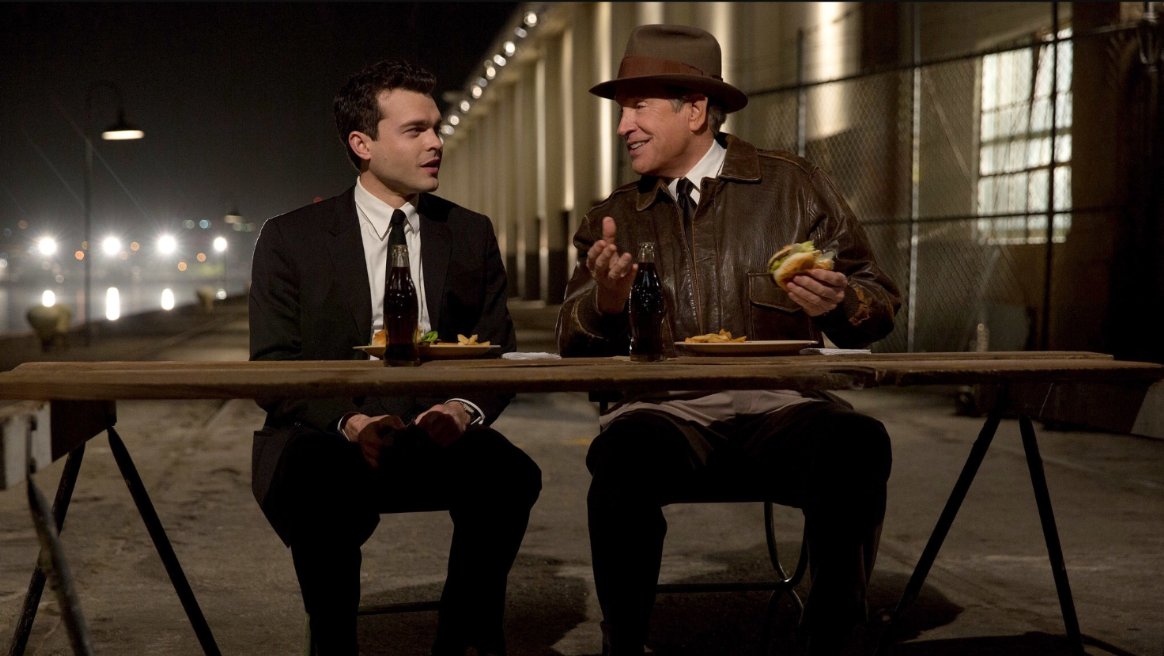 Arguably, part of the problem is that Beatty is too good as Hughes to be left out of the spotlight. He brings sufficient humanity to the role to avoid Hughes becoming a caricature. Alden Ehrenreich, who will be portraying Han Solo in an upcoming Star Wars story, is handsome and personable. However, although Lucasfilm may have cast him because of a perceived likeness to Harrison Ford, in Rules Don’t Apply, he is eerily similar to a younger Leonardo DiCaprio. Lily Collins is uneven - she’s excellent in the early scenes when her character exudes bubbly enthusiasm and she has a powerful drunken seduction sequence but there are moments when her acting is as off-key as her singing. Although Beatty, Ehrenreich, and Collins have the lion’s share of screen time, recognizable faces like Matthew Broderick, Candice Bergen, Martin Sheen, and Oliver Platt make appearances, and there is a flotilla of cameos.

If Rules Don’t Apply deserves an Oscar nomination, it’s in the cinematography department. Acclaimed cinematographer Caleb Deschanel has done his usual superlative job of creating another time and place. Lighting, shot selection, and mood all combine powerfully to suggest Hollywood’s bygone era - the time between its period of legendary greatness and its current climate of excess. During those times when the story doesn’t hold our attention, Deschanel’s lensing keeps us watching.

Whether or not Beatty’s ego has anything to do with the lack of definition that limits the movie’s effectiveness, it’s hard to argue that less of Hughes and more of the old-fashioned romance would have made Rules Don’t Apply a more satisfying experience. Despite a solid cast, it’s difficult to envision this movie as a mainstream success. It’s a niche film with limited appeal and its tendency to curdle instead of gel will further diminish its box office potential. During the one season of the year when there are plenty of good movies to see, there’s little reason to put Rules Don’t Apply near the top of the list.