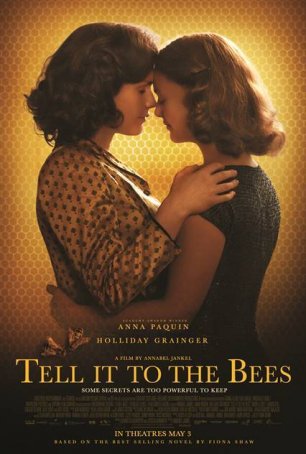 One thing Tell It to the Bees gets right is presenting the societal stigma associated with same-sex relationships during the 1950s, especially in small, closed-off communities. Unfortunately, while director AJ Jankel (Super Mario Bros – yes, she’s the one responsible for that) captures aspects of the hostility toward lesbian relationships in that earlier era, she does it without nuance. Her framing of characters is black-and-white and the far-too-pat ending offers an unearned resolution. There’s also a jaw-dropping deus ex machina moment (involving a bee swarm) that at least has the distinction of being unique. I can’t say I’ve seen anything like it before and, regardless of how many movies I watch in the future, I don’t expect to encounter it again.

Tell It to the Bees unfolds in a rural corner of 1952 Scotland. It’s one of those tightly-knit communities where privacy is unheard-of and everyone knows everyone else’s business. As long as a person plays by the rules, they are embraced. Lydia Weekes (Holliday Grainger) is an outsider branded as a harlot because she became pregnant before putting on a wedding ring. She has been trying to eke out a living in the hometown of her faithless husband, Robert (Emun Elliott), who has since left her and her son, Charlie (Gregor Selkirk), to fend for themselves. Her only friend is Robert’s free-spirited sister, Annie (Lauren Lyle), who rejects that town’s close-minded bigotry – a quality embodied by her humorless and authoritarian mother, Pam (Kate Dickie).

Enter Jean Markham (Anna Paquin), a doctor who has come home to take over the practice of her deceased father. When Jean departed many years ago, it was under a cloud of scandal after her sexual relationship with another woman was discovered and she was branded a “dirty dyke.” Her return is tolerated because the town needs a doctor. Some of her patients are glad that she’s a woman – they can confide ailments to her that they felt uncomfortable revealing to a man – but others regard her with skepticism, waiting for her to slip. Lydia and Jean, both round pegs in square holes, becomes closer after several coincidental encounters. When Lydia and Charlie are evicted from their home and Lydia loses her job at the local mill, Jean opens up her residence to the two, giving them a place to live and employing Lydia as a housekeeper. The mutual attraction is too strong to resist, however, and their platonic friendship becomes sexual. Although they try to be discreet, secrets are impossible to keep in a town like this and it’s not long before the slanderous gossip starts. 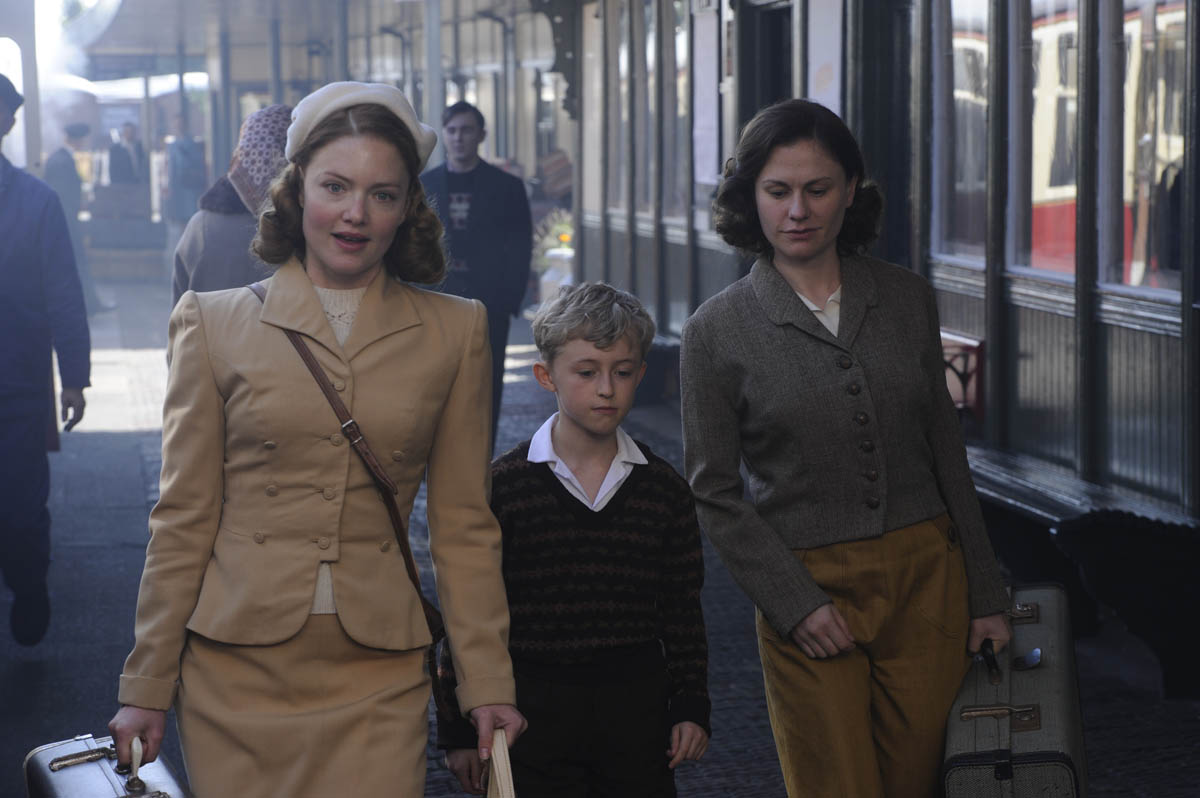 There are three problematic areas in the film. The first relates to the writing. Relationships develop and gel too quickly to be believable. Romances, regardless of the genders of the participants, need time to breathe and this one is so clumsy and plot-driven that it fails on that account. Secondly, point-of-view is an issue. Although supposedly presented from the perspective of a man looking back on his youth, Tell It to the Bees violates that whenever it’s convenient. We see numerous scenes the child wasn’t privy to and it creates a disconnect between the magic realism associated with the bees and the harsher, grounded scenes. Finally, there’s the miscasting of Anna Paquin, who never seems at home in the role. Holliday Grainger gives a strong performance but Paquin is awkward and stilted (and her accent slips from time-to-time which, although not a deal-breaker, doesn’t help).

It would be easy to argue that the movie’s heart is in the right place, because it is. However, to apply another cliché, the road to hell is paved with good intentions. There are times when the movie goes into dark and ugly places – a forced abortion to remove a mixed-race fetus being the most horrific – and, on those occasions, it finds its footing by exposing barbaric practices that were, if not commonplace, at least deemed to be acceptable. But the way the movie comes to a close betrays some, if not all, of these unsavory snapshots of the past, and is more about wish fulfillment than the recognition that stories like this (at least in real life) rarely had happy endings.