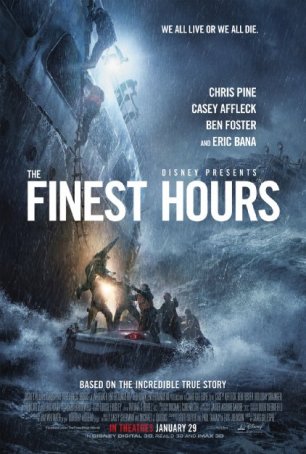 Like 2015’s Everest and In the Heart of the Sea, The Finest Hours offers a man vs. nature survival story; in this case, however, the storyline is more upbeat. Directed by Craig Gillsepie, the film is a fast-paced thriller guaranteed to get the blood coursing and the adrenaline flowing. Hampered primarily by cheesy dialogue and clichéd subplots, the movie as a whole is significantly better fare than what normally reaches multiplexes during January. With expertly crafted high seas disaster sequences, The Finest Hours feels more like a summer spectacle than a winter throw-away. One can only hope that Chris Pine’s next excursion as a mission commander, Star Trek Beyond, is as engaging.

The Finest Hours relates a fictionalized account of the S.S. Pendleton rescue, which transpired on the night of February 18, 1952. During a ferocious nor’easter, the Pendleton, a T2 oil tanker, broke apart, stranding 34 crewman aboard the foundering remains of the ship. The coast guard, undermanned at the time because of another rescue operation, sent four men out a 36-footer to reach the open ocean, locate the damaged ship, and affect a rescue. There’s no doubt this makes for a gripping movie, despite occasional missteps, and the screenplay finds the optimal balance between following the Pendleton crew’s attempts to survive and telling the story of the four Coast Guard rescuers: Bernie Webber (Chris Pine), Richard Livesey (Ben Foster), Andy Fitzgerald (Kyle Gallner), and Ervin Maske (John Magaro). 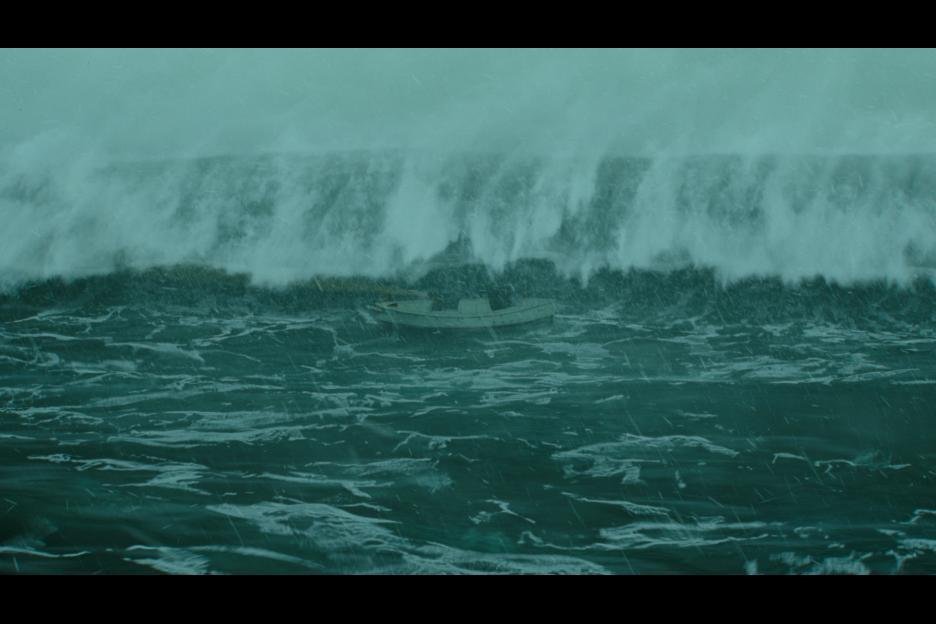 The film’s verisimilitude is to be commended. This is a different kind of movie for Gillsepie, whose previous films include the quirky indie Lars and the Real Girl and the Fright Night remake misfire. The film’s visuals are strong and the shot selection leads to some jaw-dropping moments (such as when a crewman discovers firsthand why the men in the engine room can’t contact the captain). The Finest Hours boasts a big-budget look and handles the frigid water sequences in such a way that viewers may find themselves feeling wet and cold by the time the movie ends.

The least effective storytelling elements are the most heavily fictionalized ones.  These relate to the involvement of Bernie’s fiancé, Miriam (Holliday Grainger), and some of the less-than-compelling interpersonal relationships among members of the Pendleton’s crew. Casey Affleck and Graham McTavish are effective as two of the dying ship’s saviors but some of their “character building” scenes are obvious Hollywood contrivances.  In fact, the strongest argument against The Finest Hours achieving greatness is that the filmmakers seem unwilling to let the story play out without “pumping up” the drama. The Disney influence is evident and not always in a positive way. 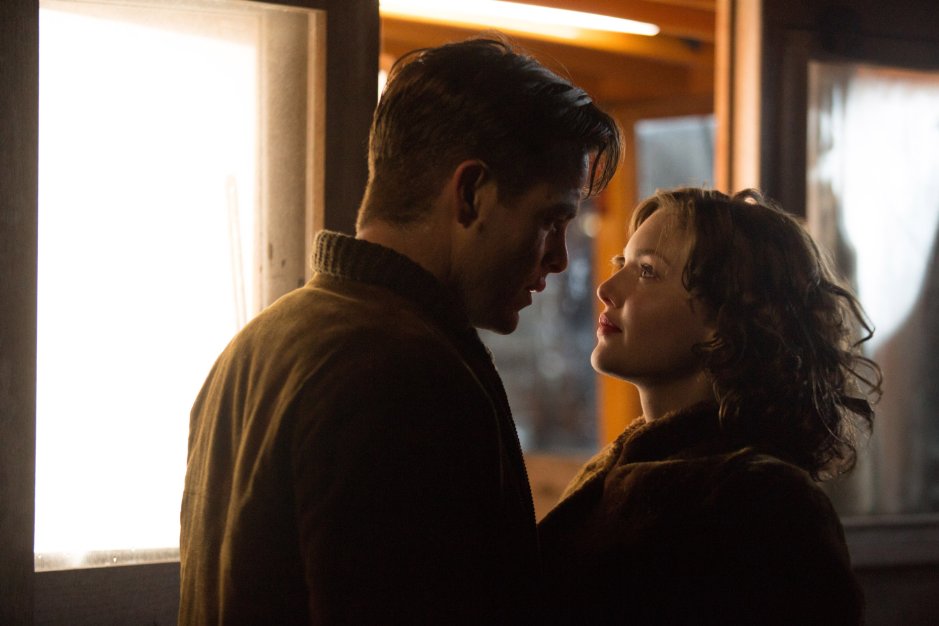 The only A-lister on the marquee is Chris Pine, whose performance as the socially awkward, shy Bernie gives the movie an anchor and the viewer a rooting interest. He’s matched by Affleck, whose Ray Sybert is afflicted with a similar personality. The Finest Hours celebrates how these two rise to the top during the time of crisis and become instrumental in saving lives. Sybert’s innovations allow the Pendleton to stay afloat long enough for help to arrive and Bernie’s “suicide mission” out of the harbor and into the open ocean are acts of heroism that the factual record affirms. The cast is rounded out by character actors like Ben Foster, John Magaro, and the aforementioned McTavish. Eric Bana has a supporting role as Bernie’s unsympathetic, ill-prepared commander.

The Finest Hours is all about action, suspense, and tension, and it rarely lets its audience down on any of those accounts. It recalls The Perfect Storm because of similarities in the nature of the peril but, although individual scenes may be reminiscent, these are much different films. One would be hard-pressed to consider The Perfect Storm “triumphant” or “uplifting” but both terms could be used to describe The Finest Hours. Gillsepie and his crew take an adequate screenplay and transform it into two hours of electrifying jolts with as many peaks as the restless waves buffeting the Pendleton and its would-be rescuers.