Valley Girl is a re-imagination of the 1983 film for a generation raised on Baz Luhrmann films and Glee. It’s a celebration of kitsch and of the ‘80s as they’re remembered (not as they actually were). Everything about director Rachel Lee Goldenberg’s film is bright, garish, and peppy. Although watchable as a sort of mindless flashback, it doesn’t work as a movie. Replete with obligatory cultural references, cringe-worthy fashion statements and hairdos, and name-drops (there’s a drinking game in there somewhere), the filmmakers cram as much nostalgia-baiting as they can into 100-odd minutes. The musical numbers, all covers of popular pop tunes from the decade in question, vary from overproduced song-and-dance numbers (choreographed by Mandy Moore) to painful reminders that some things are better left in the past.

The original Valley Girl, starring Nicolas Cage (before he was a joke) and Deborah Foreman (who makes a cameo in this one) and directed by Martha Coolidge, was a comedic reworking of Romeo & Juliet (without all the dying). Since it was made in the 1980s, it didn’t have the weight of a “period piece” hanging around its neck like a millstone. The film was generally well-received (although I have found it to be overrated) but time has mostly forgotten it. Why it was selected for a remake is an open question. Due to controversies surrounding actor Logan Paul, the production was shelved and has sat around for two years. MGM, under the Orion Classics imprint, decided that dumping it onto video during the Coronavirus theatrical closure represented the best option. 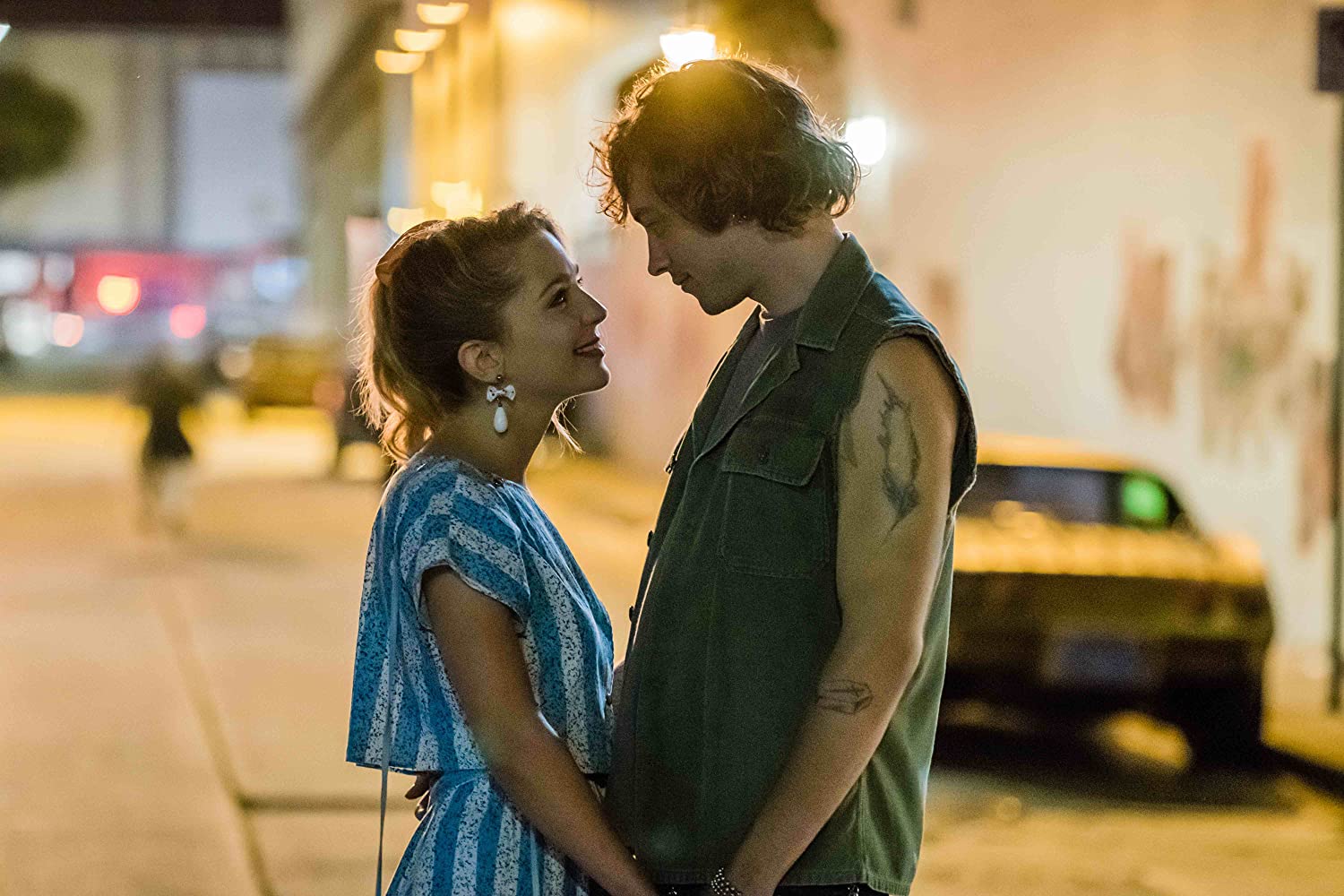 Valley Girl uses a wrap-around structure that appears to have been weirdly inspired by The Princess Bride. A mother (played by an uncredited Alicia Silverstone) tells her adult daughter (Camilla Morrone) a story from long ago and not-so-far-away. The girl is initially uninterested but, after a while, she gets into it and can’t help but offer commentary. Fortunately, she’s unconcerned about whether it’s a “kissing story,” because (of course) that’s what it is.

Jessica Rothe (Happy Death Day and its sequel) plays high school senior Julie Richman, the 18-year old version of Silverstone’s character. (We deduce the date because Return of the Jedi has recently been released.) With college looming, she’s experiencing an existential crisis. She’s not happy with her life or her picture-perfect boyfriend, budding tennis star Mickey (Logan Paul). Deciding that she needs a change, she dumps Mickey and starts hanging out with soulful Randy (Josh Whitehouse), who sees her on the beach and pursues her to a party. When her friends discover that she has exchanged Mickey for a wrong-side-of-the-tracks punk rocker, they are horrified. Her mother (Judy Greer) is equally displeased. Meanwhile, Randy’s friends see Julie is pampered and prissy. As the two mismatched lovers fight through the culture clash between the Valley and Hollywood, they find enough time to do a lot of singing and dancing. 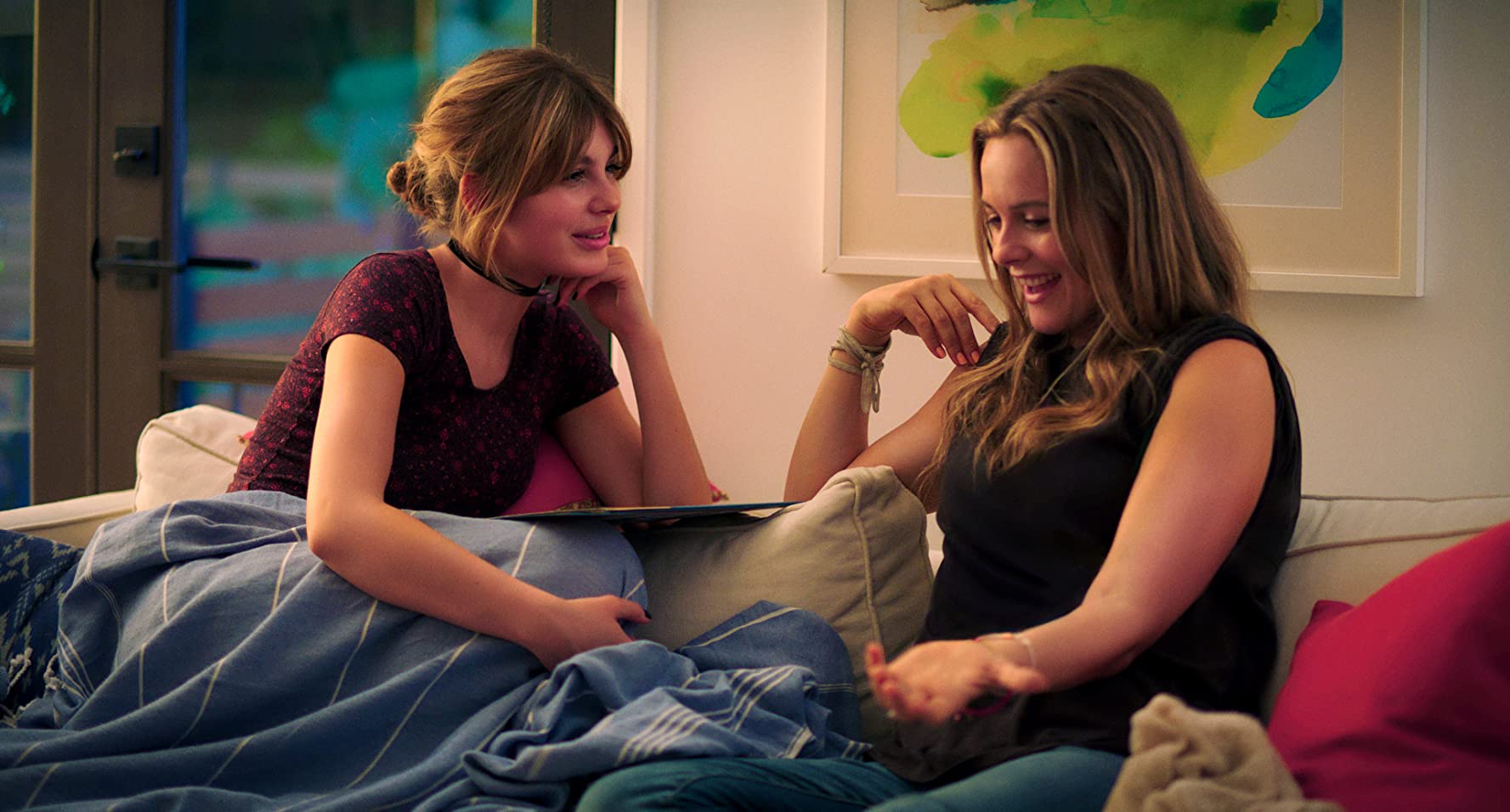 To the extent that Valley Girl has high points, those result from the bubble-gum exuberance with which the cast belts out such timeless ‘80s hits as “We Got the Beat,” “Girls Just Want to Have Fun”, “Material Girl”, and “Take On Me” (among others – the soundtrack boasts about a dozen-and-a-half songs). The usage of many of these tunes is anachronistic (for example, “Material Girl” wasn’t released until 1985 and “Take on Me” until 1984) but such things obviously aren’t high on the filmmakers’ list of considerations.

The film’s rom-com aspirations are stale despite all the day-glo background trappings. Jessica Rothe is a little too goody-too-shoes; her character might have benefitted from something resembling an edge. Josh Whitehouse has the smoldering eyes of a matinee idol (his biggest role to-date was as the doomed poet Hugh Armitage in the Poldark remake). While both Rothe and Whitehouse are photogenic, they don’t generate much in the way of a visible spark. This “meh” chemistry makes it difficult to root for their unlikely romance.

The question that hangs like a guillotine over any remake is whether viewers are as likely to be interested in it as the people making it. Valley Girl feels like a misstep (something perhaps recognized by Nicolas Cage, who declined to make a cameo appearance). Its reliance on pop tunes and ‘80s references cheapens it – it feels less like a musical than even the ABBA-centric Mamma Mia! movies. And, by locking the story into the time frame of the original, it doesn’t do anything to update it. Even with the lower bar of a VOD release, there’s not enough here to warrant the price of a rental. Valley Girl is an ‘80s artifact that either should have been given a more interesting makeover or been left untouched in the dustbin of the decade that spawned it.