Killing of a Sacred Deer, The (United Kingdom/Ireland, 2017) 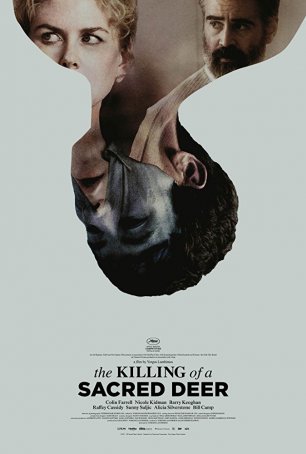 The Killing of a Sacred Deer, director Yorgos Lanthimos’ follow-up to his weirdly compelling The Lobster, draws on Greek mythology for its title and its central conceit, a sort-of modern-day Sophie’s Choice. The film exists deep in a metaphorical hellhole - a quasi-parallel world where doctors play god and police investigations apparently don’t exist. It’s likely to give concrete moviegoers a headache, whiplash, or both. The Killing of a Sacred Deer has no interest in playing by the rules and never tries to. Its affinity for the bizarre and outlandish doesn’t always work in its favor – the characters feel too much like a writer’s construct for them to be accepted as “real” people – but the net result is deeply unsettling and hard to shake.

Similarities to mother! seem obvious (at least to me), although The Killing of a Scared Deer is less obtuse and more accessible. However, like Aaronofsky’s puzzler, this one is likely to be rejected (possibly violently) by mainstream movie-goers. Really, however, it’s not made for them. This is made for art-house viewers who prefer films that go in strange and unexpected directions, where a failure at least offers thought-provoking elements that can function as conversation-starters.

(From this point on, there will be spoilers. I will try to remain vague but those who want to avoid knowing things are advised not to proceed further.) 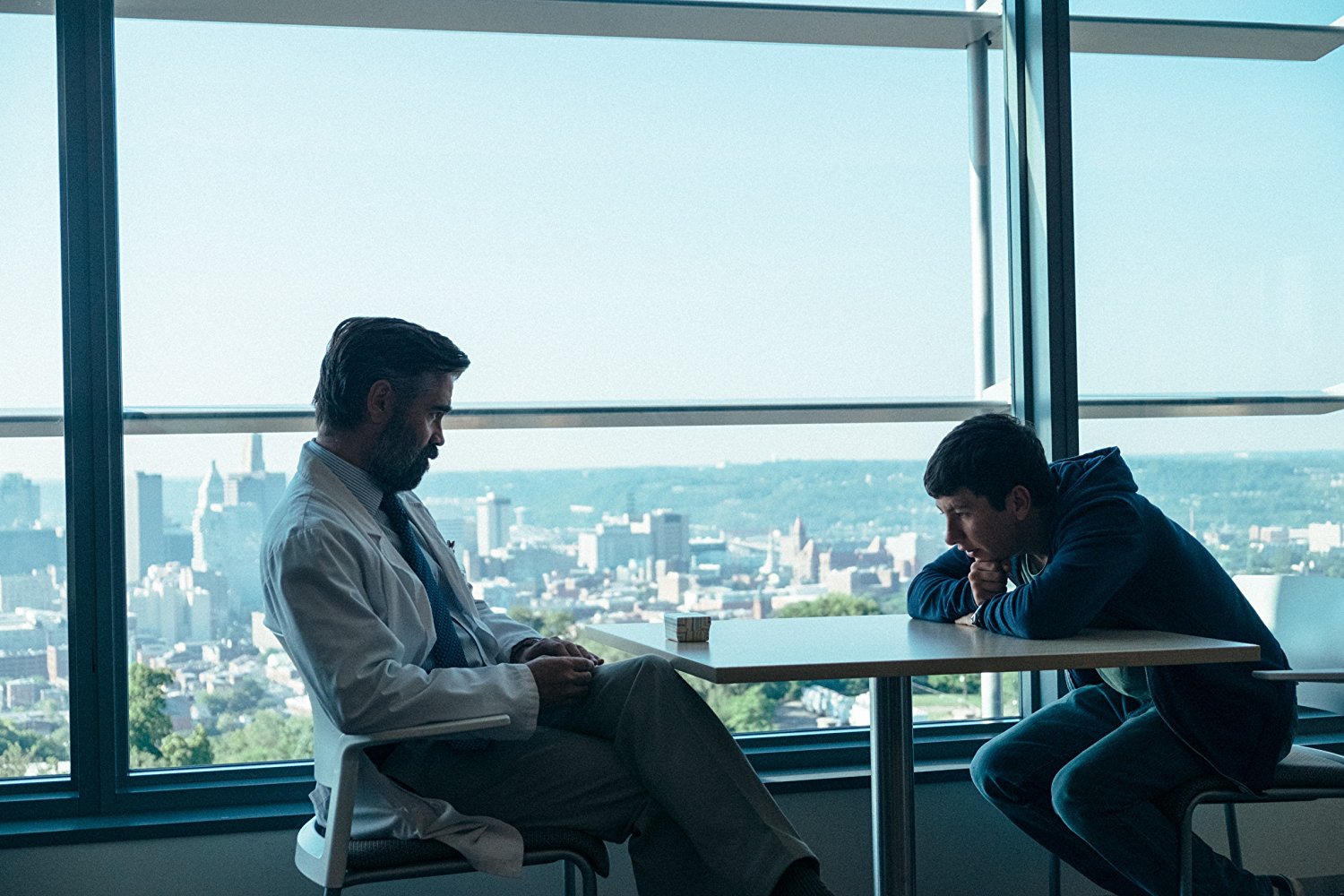 Colin Farrell, having traded in his lean form and youthful rakishness for a middle-age paunch and salt-and-pepper beard, plays renowned heart surgeon Steven Murphy. At first glance, Steven appears to be the toast of Cincinnati with a beautiful wife (Anna, played by Nicole Kidman) and two overachieving children, 15-year old Kim (Raffey Cassidy) and 12-year old Bobby (Sunny Suljic). But, as we soon learn, Steven is a bit of an odd duck. When he has sex with Anna, he likes her to pretend as if she’s under the influence of general anesthesia. He thinks nothing of informing associates at a dinner party about his daughter’s first period. And he is engaged in a friendship with a 16-year old boy, Martin (Barry Keoghan), whose father died on Steven’s operating table.

That nature of the doctor’s friendship with Steven is the first mystery the viewer has to unravel. It’s apparent that there’s something odd going on here but Lanthimos doesn’t spell things out. We might initially assume the liaison is sexual but, as the narrative unfolds, that turns out not to be the case. Then we’re reminded of Fatal Attraction as Martin worms his way deeper into Steven’s life, starts dating Kim, and exhibits stalker-like tendencies. Then, finally, we learn what’s really going on. It has to do with mysticism and karma – the philosophy that there’s a price to be paid in taking a life and, if it isn’t honored, the results can be devastating. That’s where the title and the Sophie’s Choice reference come into play.

The Killing of a Sacred Deer refers to a chapter from Greek Mythology in which King Agamemnon accidentally kills a deer in a sacred grove of Artemis. The offended goddess commands Agamemnon to sacrifice his daughter, Iphigenia, in order for his plans to bear fruit. This mirrors the kernel of the movie’s storyline, turning the film into a cautionary tale about the consequences of hubris.

The Killing of a Sacred Deer has a specific, distinct style that involves a lot of long tracking shots. The soundtrack is frequently punctuated with cacophonous, discordant sounds that jangle the nerves and enhance the sense of disquiet. Watching the film is an edgy, uncomfortable experience. The overall aesthetic is surreal; character actions & motivations as well as dialogue are often coated with artifice. The production is allegorical to the core; taking it literally invites a discussion of logical inconsistencies and plot holes. 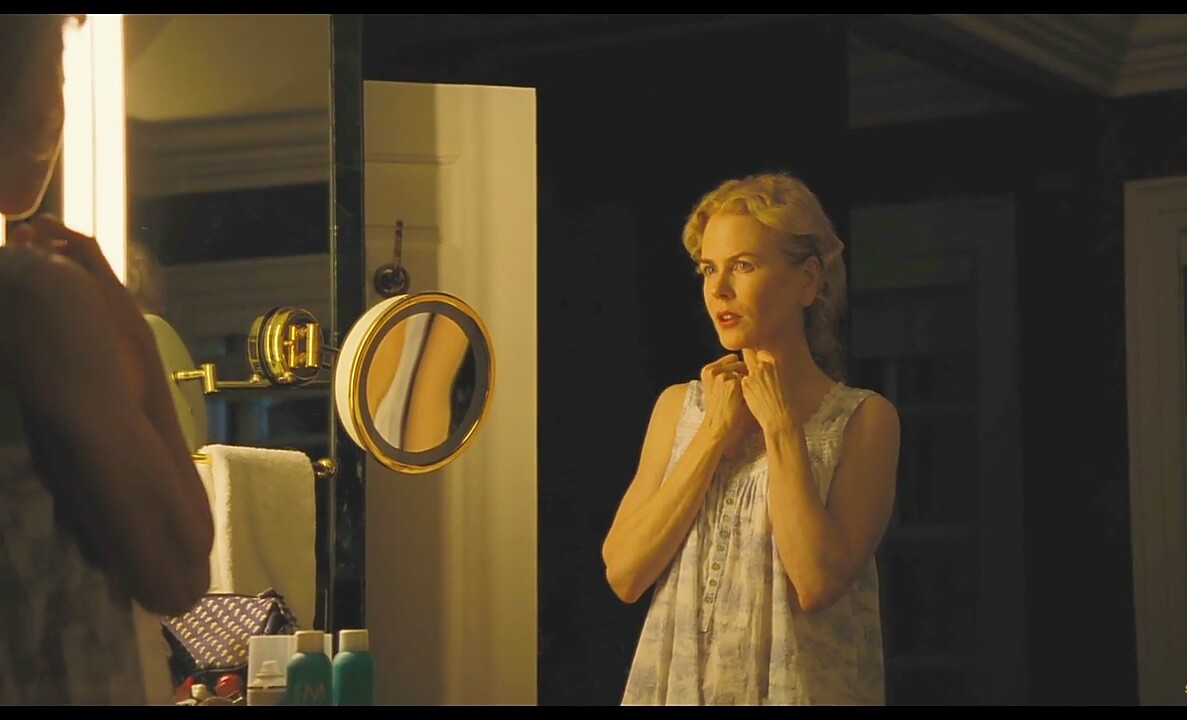 Perhaps the strangest scene of all – and one that doesn’t really work except as an amplification of the film’s eccentricity – occurs when Martin brings Steven home for dinner. Martin’s mother (played by the now 41-year old Alicia Silverstone) comes on strong, seeking to seduce Steven with an awkward boldness that goes beyond creepy. Even in a milieu replete with odd and offbeat moments, this one stands out as perhaps going a bit too far.

The performances are uniformly forceful with all of the actors understanding that Lanthimos wants hyper-realism from his actors. Farrell, who starred in The Lobster, is familiar with the director’s style and settles nicely into his role, which requires him to reveal his character bit-by-bit. Nicole Kidman, never one to shy from explicit nudity or sexuality, goes as far down that path as she has traveled since Eyes Wide Shut. (Coincidentally, this is the second film this year where she and Farrell have worked together – the other being The Beguiled.) The three child actors, Raffey Cassidy, Sunny Suljic, and Barry Keoghan, take risks that typically pay off. And, although nothing Alicia Silverstone does will ever blot out the memory of Clueless, we’re not thinking of Cher here as we watch her.

To the extent that The Killing of a Sacred Deer has an advantage over mother!, it’s because this film is less aggressively obscure. Although it seems cheesy and hokey if taken literally, it at least holds together sufficiently that it can be viewed on that level and there’s still power in the final, nihilistic solution. For it to work, however, The Killing of a Sacred Deer has to be engaged on its own level – and that’s a challenging place in which to be processing a film this unconventional.

Killing of a Sacred Deer, The (United Kingdom/Ireland, 2017)