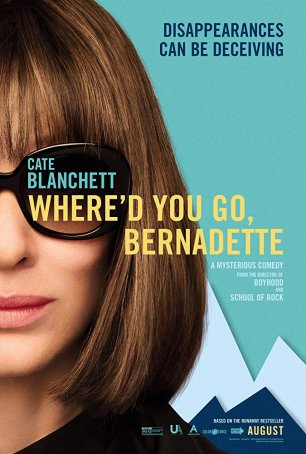 Although Where’d You Go, Bernadette suffers from an ungainly structure and uneven pacing, the production as a whole is engaging and uplifting. This is due in part to the strength of the cast but also owes something to director Richard Linklater (Before Sunrise, Boyhood), whose deftness of touch when it comes to characters draws out the strongest elements of an unbalanced production. The movie is based on the beloved, best-selling novel by Maria Semple. Linklater’s screenplay, which he co-wrote with Holly Gent and Vince Palmo, captures the essence of the book as best it can. A lot of work appears to have been done in the editing room. Early cuts of the film (which has had its release date delayed multiple times over a one-year period) ran in excess of two hours. The final theatrical version has a comparatively svelte running time of 105 minutes.

The always-reliable Cate Blanchett plays Bernadette Fox, a fortysomething shut-in who uses a remote Indian personal assistant, Manjula, to run all her errands. Bernadette, once a promising young architect, left LA for Seattle when one of her projects was bought then razed by a wealthy businessman who owned the house next-door. Depressed over the destruction of something that had been the focus of her creativity for years, she stopped working, instead moving into an old, crumbling mansion badly in need of repairs and renovation. Following four miscarriages, she gave birth to Bee (Emma Nelson), the girl who has become her reason for living. Her husband, Elgie (Billy Crudup), a revered Microsoft software engineer, spends as little time at home as possible. 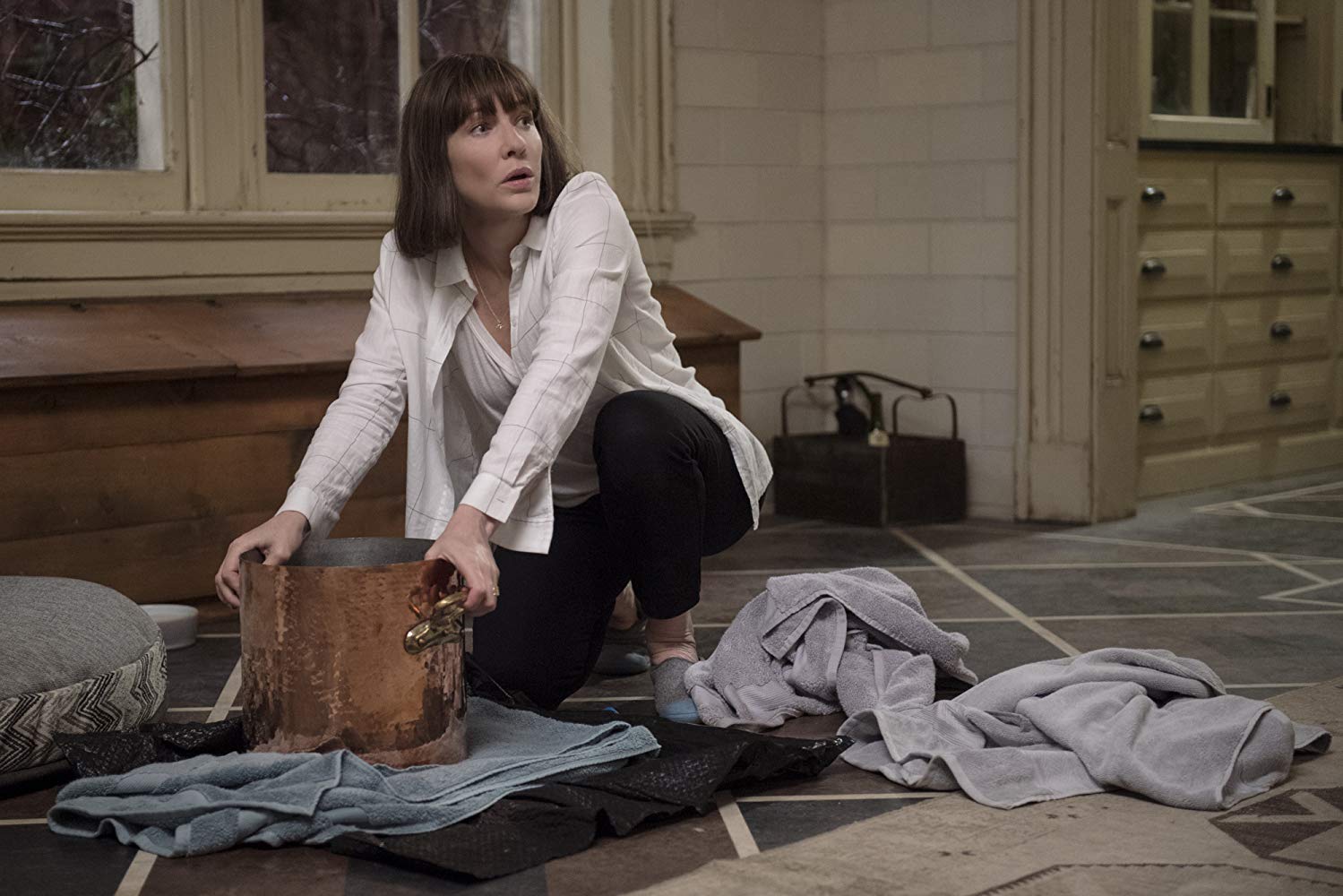 Where’d You Go, Bernadette is told from the perspective of the 15-year old Bee, whose witty voiceover narrative provides the glue to hold together the fragmentary story of how Bernadette got into her current circumstances. In transitioning the epistolary portions of the book into movie form, Linklater faces challenges that he is unable to fully overcome. The character of Bernadette is never fully realized – it’s more like there are two versions of her; the movie is unable to connect the young go-getter of the past with the vindictive, agoraphobe of the present. The central tragedy of her life is explained but not dramatized.

The movie gains momentum once Bernadette disappears. For the viewer, there’s no mystery. We know where she is and what she’s doing, but her family is in the dark until Bee figures out that her mother has embarked on a cruise to Antarctica, going ahead with a planned family vacation. While there, in the white, wintery wilds of penguins and whales, Bernadette has an epiphany and recognizes what she needs to do in order to have purpose.

Although it’s hard to tell for sure, but most of the cuts appear to have occurred during the Antarctic portion of the movie, which moves at a more rapid clip than the earlier portions. There’s also a shift in point-of-view. While the first half of the movie presents Bernadette as seen through her daughter’s eyes, the second half is Bernadette unfiltered. As a result, she comes across as more sympathetic once she has run away than while she’s still at home. 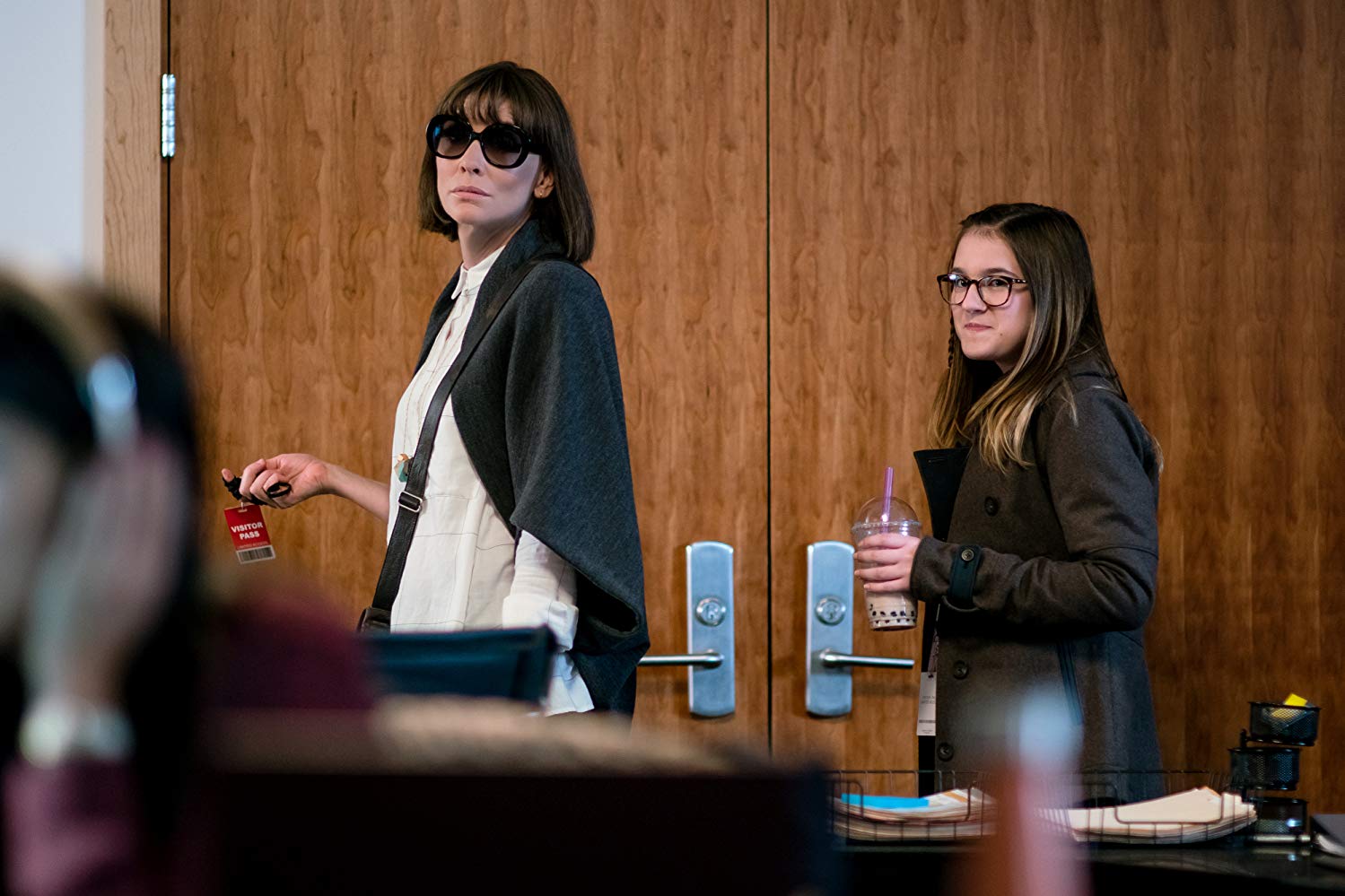 Despite an awkwardness to how Where’d You Go, Bernadette is structured, Cate Blanchett’s performance patches over many rough spots. The viewer’s initial dislike of the character gradually shifts to sympathy. This is more a result of how Blanchett essays the character than as a result of the way the narrative reveals elements of her past. The actress understands how to use pomposity to hide insecurity and excitability to reveal an awakening. She is at home with the tone as it vacillates from (dark) comedy to drama and back.

As Bee, Emma Nelson makes a strong impression in her first feature role. It’s unclear how the film views Billy Crudup’s Elgie – we’re never quite sure whether we’re supposed to cheer his forbearance or condemn his obtuseness and absentee father-ism. Blame the screenplay not the actor; Crudup does the best he can with an underwritten character. Notable actors Kristin Wiig (as the busybody neighbor, Audrey), Judy Greer (as the psychiatrist brought in to assess Bernadette’s condition), and Laurence Fishburne (as Bernadette’s college professor and former colleague) provide supporting work.

It’s hard to say how the novel’s legions of fans will react to Linklater’s adaptation. The movie captures the spirit and tone of the book but not necessarily the nuances. Anyone unfamiliar with the source material may notice the hesitant and cumbersome quality of the narrative’s progression. Although this may diminish the movie’s effectiveness, it isn’t sufficiently egregious to strip away the enjoyment of watching Blanchett navigate Bernadette’s seemingly tragic character arc as it becomes a voyage of hope and self-discovery.