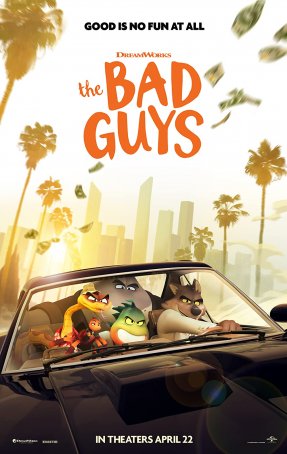 At one time not all that long ago, Dreamworks Animation was churning out such exciting, well-loved projects as Shrek and How to Train Your Dragon. Of all the major studios, only they were able to challenge Disney on its home court. The Bad Guys, loosely based on a graphic novel series from Aaron Blabey, is indicative of a precipitous decline in the quality of American animation (one that has infected even Pixar). A lazily-plotted heist comedy, the directorial debut of Pierre Perifel (an animator who worked on many of the Kung Fu Panda installments) may find favor with children while causing more than a few adults to doze off. Aside from a few barbed quips and a delicious opening scene that riffs on Quentin Tarantino’s Pulp Fiction diner sequence (with a little Reservoir Dogs vibe thrown in for good measure), The Bad Guys is most notable for the way it wastes a premise and ends up feeling like a second-rate Zootopia wannabe.

Perhaps the salient question when considering a child-centered product like The Bad Guys is whether it matters what anyone over age 11 thinks of the end result. It’s made with younger kids in mind – this is easily determined by its bright, vibrant visuals and the morally upright themes about doing good deeds and not judging others by how they look. The “adult” elements subtly incorporated into the best animated films are mostly absent, making the movie disappointingly bland for anyone who watches without offspring in tow. 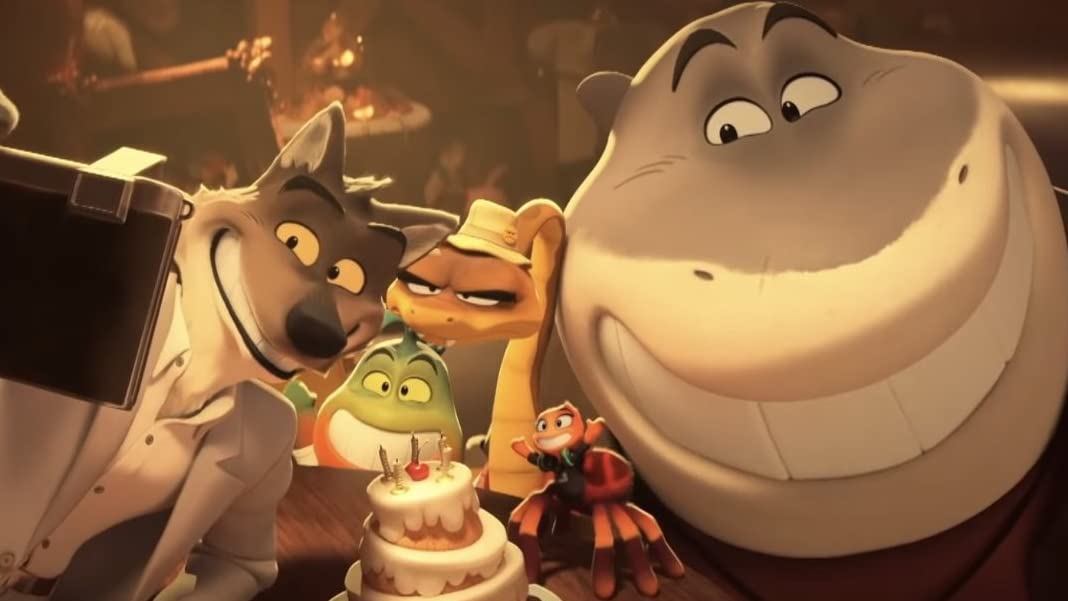 The Bad Guys transpires in a world where anthropomorphic animals co-exist with human beings. It follows the exploits of an infamous criminal gang comprised of the sly leader Mr. Wolf (Sam Rockwell), the caustic safe-cracking serpent Mr. Snake (Marc Maron), the short-fused Mr. Piranha (Anthony Ramos), the incongruously gentle Mr. Shark (Craig Robinson), and the “web” hacker Ms. Tarantula (Awkwafina). The new foxy governor, Diane Foxington (Zazie Beetz), has decreed that The Bad Guys are public enemy #1. Following a busted heist that results in the group’s arrest, Mr. Wolf starts to rethink being a criminal (just because everyone expects The Big Bad Wolf to be big and bad, does that necessarily make it so?) and decides that the life on the wrong side of the law may no longer be for him. The Bad Guys seek the help of guinea pig philanthropist Professor Marmalade (Richard Ayoade); he advises that they start doing good deeds. While this holds a bizarre appeal for Mr. Wolf, the other members are less enthused and a schism develops.

Like many child-focused movies, The Bad Guys works when the brain is dialed down, allowing the viewer to experience moments divorced from the whole. The movie’s narrative twists are neither surprising nor interesting and the emotional weight of the story and characters is feather-light. It is, however, engaging in a disposable fashion, offering occasionally entertaining instances (such as the aforementioned Tarantino homage) and an animation style that seems less plastic than many of today’s generic offerings. I wonder whether anyone involved in the film’s creation would object to it being called a “cartoon?” Because, putting aside all pretensions associated with a $75M production budget and a big-screen release, that’s what The Bad Guys really is.