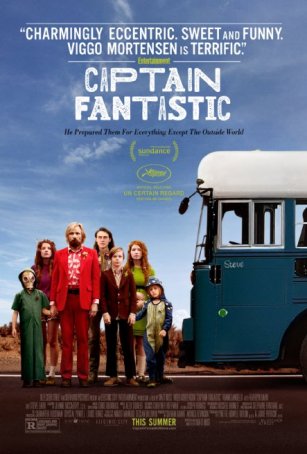 Bucking the summer movie empty spectacle approach, Captain Fantastic is about something. Despite the title, which might stir images of a superhero story, this is a human drama about the bonds that hold and sever families and the conflict between two very different philosophies surrounding how to raise children in today’s world. Matt Ross’ screenplay occasionally stumbles (especially late in the proceedings) and the ending opts for a too-facile resolution but the director/writer offers moments of genuine power and pathos that make it easy to forgive the missteps.

Ben (Viggo Mortensen) has taken a back-to-nature lifestyle to an extreme. He and his wife, Leslie (Trin Miller), have moved to an isolated Pacific Northwest homestead to raise their six children: Bo (George MacKay), Keilyr (Samantha Isler), Vespyr (Annalise Basso), Reillian (Nicholas Hamilton), Zaja (Shree Crooks), and Nai (Charlie Shotwell). When Leslie is admitted to a hospital for treatment, the task of raising the children falls on Ben’s shoulders. The daily regimen includes not only the intensive studying of literature, mathematics, science, and history but a full diet of physically taxing activities and chores. When Leslie takes her own life, Ben is faced with the difficulty of re-entering society (if only temporarily) with his children to attend the funeral. There, he encounters well-meaning relatives (Kathryn Hahn, Steve Zahn) who view his parenting choices with skepticism, and Leslie’s wealthy and influential father, Jack (Frank Langella), who is determined to take his grandchildren away from their father. 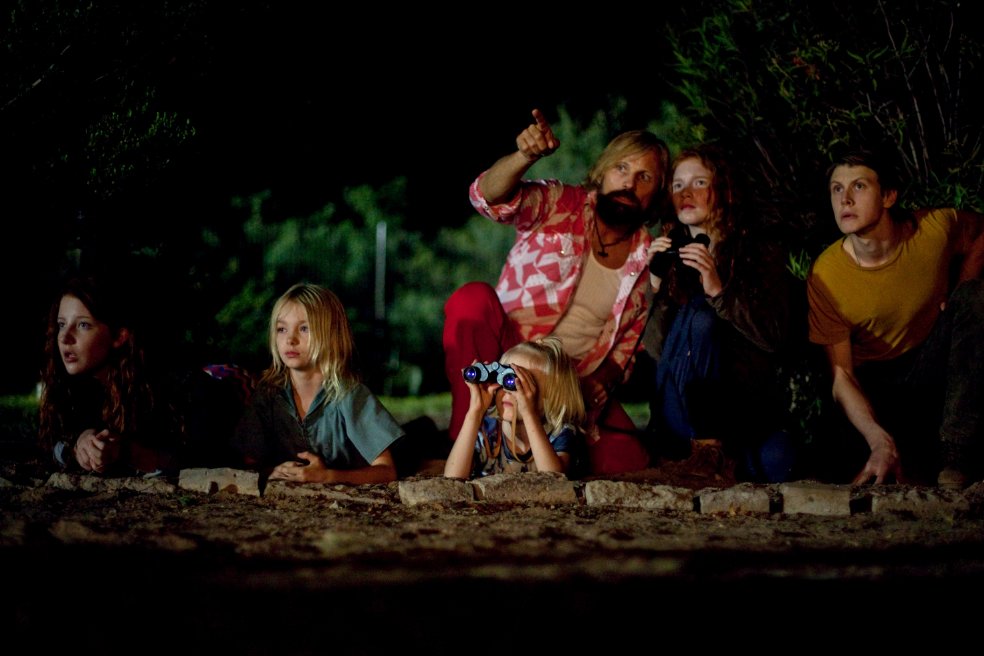 Although Captain Fantastic sides with Ben’s parenting techniques from an emotional perspective, Ross’s script shows the pros and cons of his approach as contrasted with the more conventional philosophy espoused by Jack. For most of the film, it remains an open question whether the children - bright, independent, articulate, and socially awkward - are better served by being separated from society or whether they would benefit from being integrated. The film’s resolution is too pat and pushes aside the idea that the back-to-nature style might not only be detrimental to the children’s social and emotional well-being but could be physically damaging as well.

Captain Fantastic’s most potent scenes focus on how the family copes with Leslie’s death. Although we see her only in flashbacks, her importance to everything is evident and the hole left by her departure is profound. This is most clearly shown by the reactions of the two youngest children (played perfectly by Shree Crooks and Charlie Shotwell), who have trouble coping with the thought of never seeing their mother again. The need for closure forces Ben to re-enter society and, although this leads to a few quasi-humorous fish-out-of-water scenarios (including Bo’s first kiss), there are also some painful situations. Jack, although presented as an antagonist, is effectively humanized. He is motivated not by malice but by a genuine belief that Ben is dangerous and deranged. 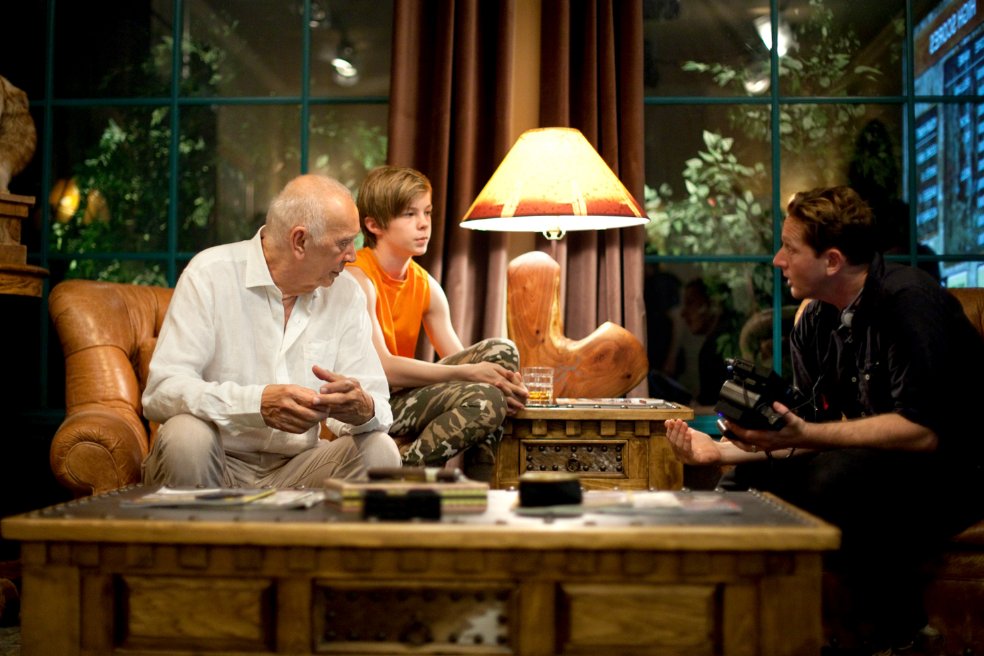 The performances are strong across-the-board, with all of the child actors providing fully realized interpretations of their characters. Kathryn Hahn and Steve Zahn, better known for comedy, are effective in small (but important) roles. Frank Langella, as always, captivates with a ferocious portrayal. Viggo Mortensen, so far distanced from his career-defining role as Aragorn in Peter Jackson’s Lord of the Rings trilogy, displays tremendous range as the film’s foundation; his scenes with Langella are riveting. (He also provides some full frontal nudity.)

Captain Fantastic stands as a testimony to the difficulty of raising children in an unconventional way, especially when the fabric of the family is torn asunder by grief and the inevitable need for independence exhibited by the older offspring. Although the film contains enough comedy to prevent it from becoming maudlin, this is primarily a dramatic story and its most potent and memorable scenes are aspects of the central conflict - a refreshing change-of-pace in one of Hollywood’s most emotionally inert years in recent memory.