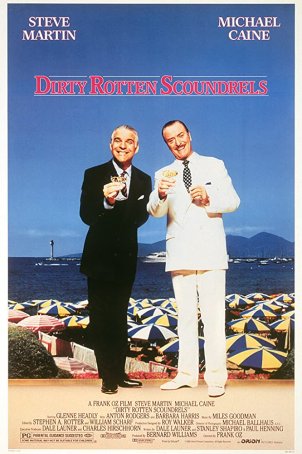 With a title like Dirty Rotten Scoundrels, one shouldn’t expect to take the movie seriously and that’s the attitude the filmmakers anticipated audiences to have. A comedy caper that relies more on the charm of its stars than the twistiness of its narrative, Dirty Rotten Scoundrels works as a diversion but isn’t in the same league as the likes of The Sting or another of star Michael Caine’s explorations into backstabbing and double-crossing, Sleuth. Director Frank Oz, having chosen this as his follow-up to Little Shop of Horrors (which also featured Steve Martin), gives his lead actors a wide berth to exhibit their strengths and it works…to a point. Unfortunately, Dirty Rotten Scoundrels isn’t quite clever enough to justify the full 110-minute running length. There’s a point at which it starts to feel like it has overstayed its welcome.

The movie is a remake of the 1964 David Niven/Marlon Brando film Bedtime Story. Although Martin was on board almost from the beginning, the producers initially courted John Cleese for the other role. (Talk about missed opportunities…imagine Cleese and Martin, two of the most gifted comedians of the late 20th century, sharing the screen prior to the unfortunate Pink Panther remake sequel.) At the time, however, Cleese was unavailable (he was finishing up A Fish Called Wanda) and alternate accommodations had to be made. After Michael Palin passed (feeling he wasn’t right for the part), it was offered to Michael Caine. 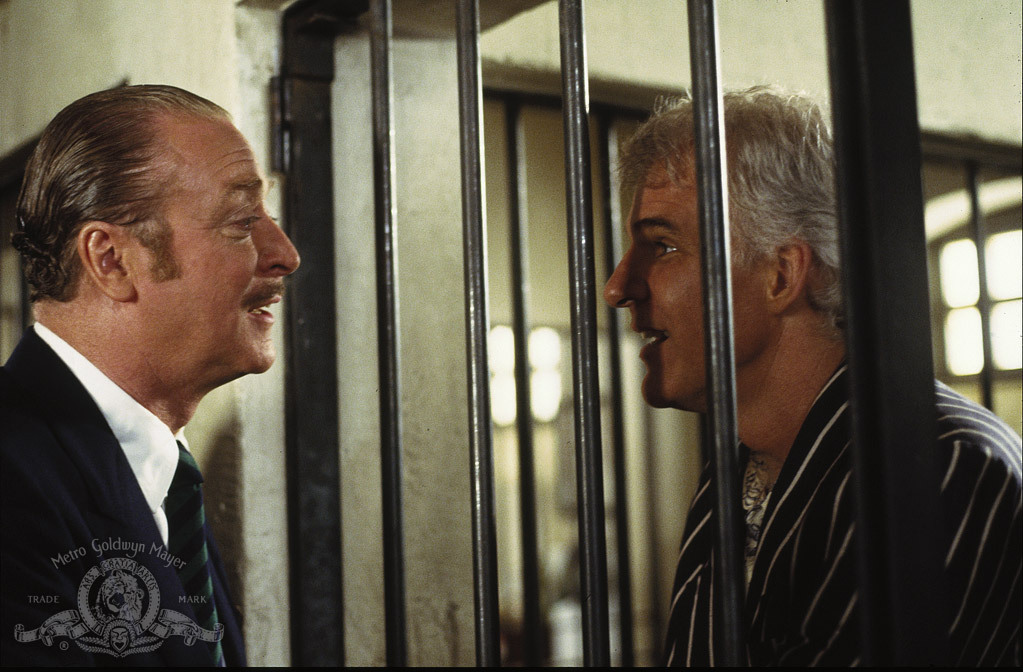 Caine takes the Niven role, playing Lawrence Jamieson, a top-of-the-line con man who specializes in pretending to be a king in exile so he can bilk rich women out of money they can afford to lose. Martin is Freddy Benson, a two-bit shyster who works considerably less sophisticated scams (his favorite involves the grandmother who needs an operation). Lawrence and Freddy meet on a train and, when the former discovers that the latter is planning to poach in his territory - the Riviera town of Beaumont-sur-Mer – he first tries to chase him away then, recognizing that Freddy isn’t going anywhere, he agrees to act as his mentor. They pull off several capers together but Freddy is impatient to make a big score. When a seemingly rich American woman, Janet Colgate (Glenne Headly), arrives, they make a wager to see who can be the first to get her to write a check for $50,000. Then, as Sherlock Holmes might say, the game’s afoot.

Oz allows both leads to do what they’re best at. In Caine’s case, that’s to turn on the aristocratic charm and act suave and upper-crusty. This was made at a point in the actor’s career when he was taking on any role that was offered – he was only four years removed from Blame it on Rio (one of the ‘80s sleaziest exploitation flicks) and one year from Jaws 3. In between, however, he also made Hannah and Her Sisters and Mona Lisa. The one thing all these films have in common is that Caine never phoned in a performance, and that quality is evident in Dirty Rotten Scoundrels. Meanwhile, Steve Martin is in full “wild and crazy guy” mode, relying heavily on his capability for physical comedy. One scene in particular stands out as vintage Martin – he’s in a jail cell trying to remember Lawrence’s last name (Jamieson). The contortions he goes through are both hilarious and agonizing, and recall Michael Palin’s excruciating attempts to get out the words “Cathcart Towers” in A Fish Called Wanda. 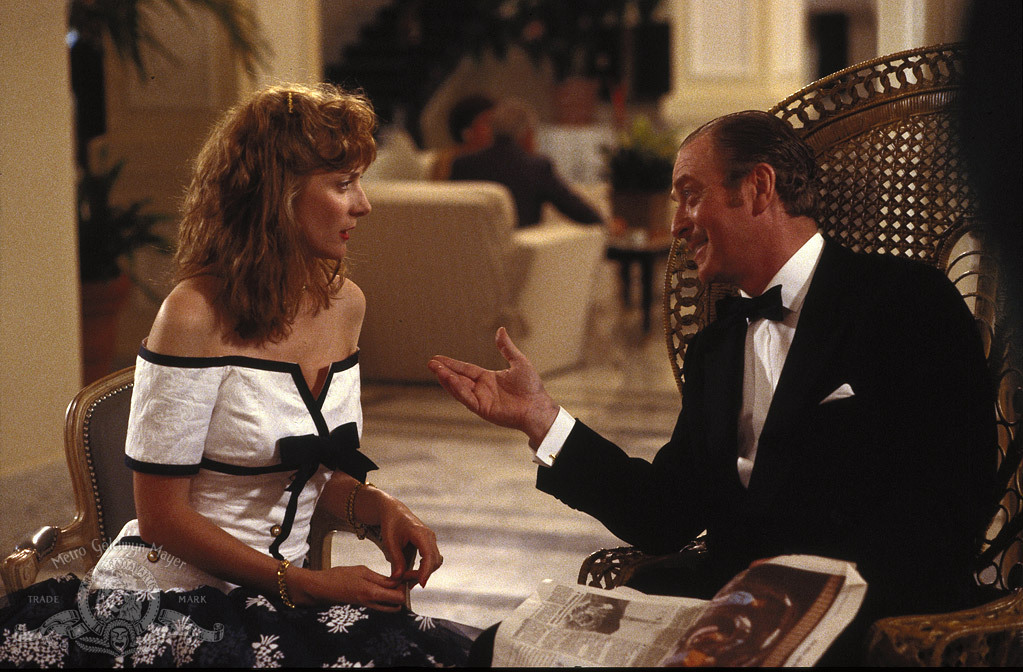 Although Caine and Martin are both good in their own right and the differences in comedic styles – wit vs. slapstick – play to a wide spectrum of viewers, there’s little chemistry evident between them. The Sting worked in part because of the Redford/Newman companionability and Sleuth got some of its energy from the best-enemies frisson between Caine and Laurence Olivier. In Dirty Rotten Scoundrels, the characters appear together on screen but their interaction is flat.

Viewed far back in the rearview mirror, Dirty Rotten Scoundrels is forgettable (although not forgotten) – the kind of moderately amusing, disposable comedy that Hollywood churned out with regularity during the 1980s. The movie is neither good enough nor bad enough to have accumulated a cult following but the frequency with which it played on cable and UHF outlets during the 1990s has assured that it’s better remembered than many of its contemporaries. As con movies go, the story is notable in that almost every twist is predictable with the viewer being two steps ahead of the characters. The humor is variable but sufficiently effective to keep boredom at bay. Dirty Rotten Scoundrels was a droll diversion when it came out in 1988. Today, it’s perhaps a little stale due to its age, but there are worse ways to spend a couple of lazy hours.